In Angry Birds Rio, the original Angry Birds are kidnapped and taken to the magical city of Rio de Janeiro, where they eventually escape their captors and set out to to save their friends, Blu and Jewel – two rare macaws and the stars of the upcoming Fox motion picture, Rio. Angry Birds Rio will pair the physics-based gameplay of the original game with unique twists based on the film.

This app has just been updated with 15 new levels, find out what else is new below…

This is a free upgrade but if you haven’t already downloaded it, you can do so here for the retail price of $2.99. 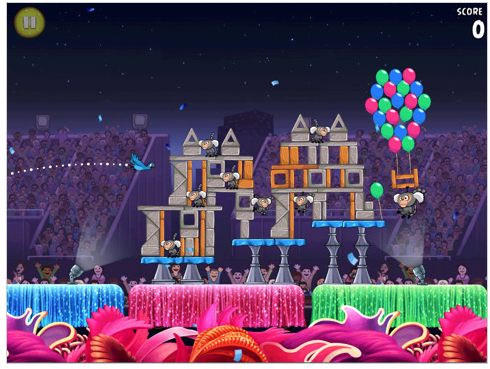