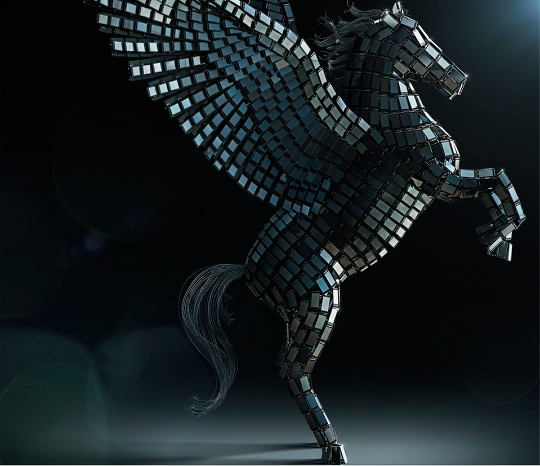 Taylor James, Creative production studio based in London and New York, were approached to create this stunning design of a powerful, fantastical horse to look as though it was made out of thousands of phones, for the huge launch of the new generation of smartphone by Huawei. Another strong piece of design imagery for the studio following the recent success of the beautiful CGI design work designed for the Sunday Times anniversary cover, Taylor James is increasingly recognised for their multi-platform capabilities for advertising campaigns.

The symbolic winged horse is famed for representing speed and freedom which is why Huawei chose it as the central theme for the launch of the new phone ‘Ascend’, the “world’s fastest phone”. Each phone was built by Taylor James entirely in CGI (computer generated imagery), astonishing consumers and figures in advertising agencies all over the world as they observed the photo-realistic images at the Mobile World Congress last week.

So how did they do it? 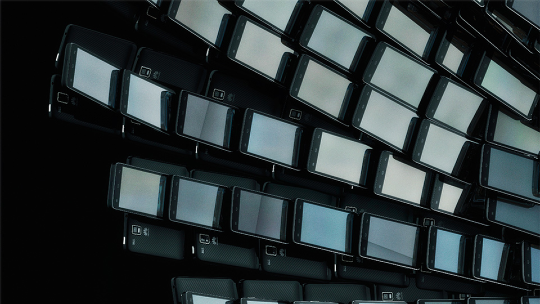 Luckily Taylor James have produced numerous jobs where something large is made up of many small items, so they have the procedures and processes designed to help speed up this type of production. The client had a clear direction for the pose and camera position of the Pegasus, so this was matched quickly meaning more time could be spent in the intricate process of mirroring the exact phone model and then placing these phones across the body and wings of the Pegasus.

Dave Wortley, Lead Technical CGI Artist at Taylor James, says “The placement was extremely important, to help emphasize the shape and form of the body, and design a complex wing structure which felt light yet solid. A combination of in-house tools as well as manual placing and adjustment was used to ensure there were no phones overlapping or interpenetrating which turned into quite a bit of a jigsaw puzzle!”

Lighting was the next challenge, but was achieved by creating a complex rig involving curved lights and retouch painting in extra lighting and reflection where necessary. 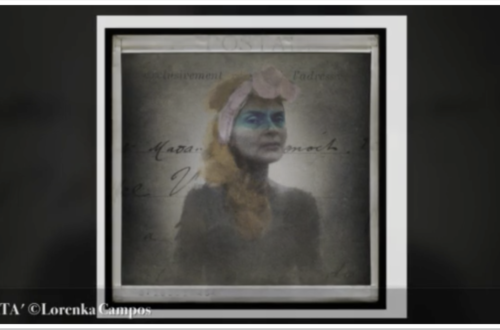 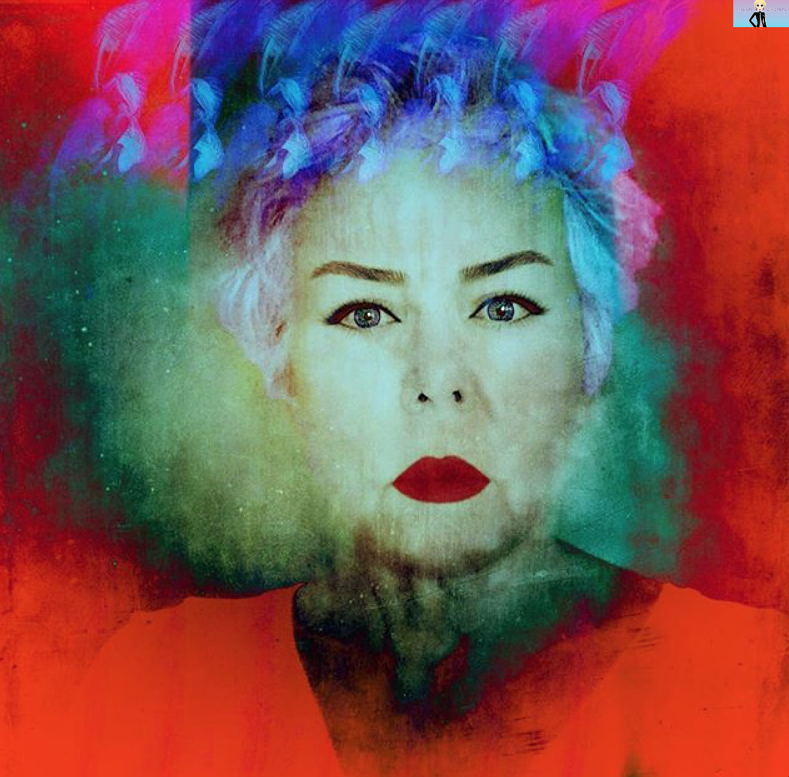