AfterLight has just been updated with some great new features, the first that you really need to be aware of is the name change. You will probably recall this app as Afterglow, according to the developer, they have had to change this for ‘legal reasons’ to AfterLight.

AfterLight is an effective image editing tool app but with a little more than just that, it includes adjustments tools, filters, textures, cropping and transforming tools and frames.

This new update, which apparently is going to be a rolling update every month, currently includes an Instant Film Pack with nineteen new textures and three frames, This pack takes its inspiration from instant film and will be ‘a growing pack that will receive new content’.

There’s also a new Mid Tone tool to go along with the currently available Shadow Tone and Highlight tone tools.

Pinching and zooming with the frames has also been enhanced and there are three new frames added too. The Clarify tool have been enhanced, as well as the cropping tool too.

This looks like a great update and next month the developer is promising more, we’re looking forward to that.

This is a free update, if you have previously downloaded Afterglow, if not, you can pick up this app, now called AfterLight for $0.99/£0.69/download here. 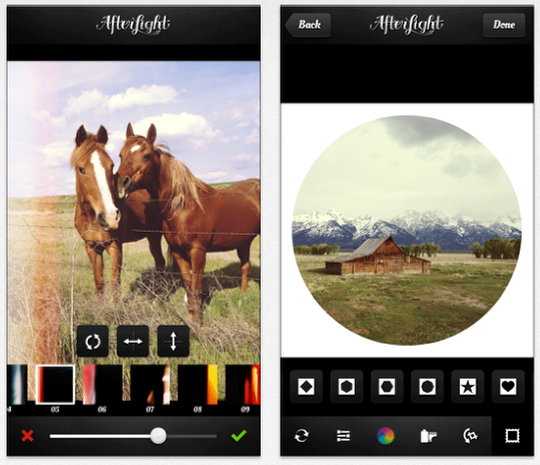