While the internet was initially conceptualised as a way to share data across multiple computers, it didn’t take long for the internet to start being filled with what people are really after.

Why, what were you thinking of?

Yes, one of the biggest developments once the internet began growing was all the methods of game-playing that began to crop up, we had whole new genres like MMORPGs and games like Counterstrike convincing people to lug their desktops to their mate’s house for a LAN party. Have you ever wondered how games have evolved since then?

Apps are obviously a prime source for games now but what about other methods of playing? Evolving from arcade games to slick App-games like Angry Birds, the path internet gaming took to get where it is today is a long and convoluted one. The biggest development undoubtably being the development of Flash. 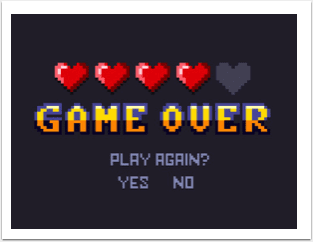 Browser Games and the Flash Boom

Having local games stored on a computer was something that was almost taken as a standard, ever since the Atari in the ’70s, so the jump to enabling games via the internet wasn’t a massive one. The difficulty was in how you make it accessible to the other players. Downloading a game is one method but the true innovation in playing via the internet came with the development of Macromedia Flash, animation software that made it possible for players to play games through an interactive medium.

These games became popular in the early 2000s, covering a huge variety of genres, with sites like Newgrounds.com being a prime driver, becoming online equivalents of the arcades that dominated the landscape in the 1980s.

The use of Flash in games and web-site design was incredibly common in the early 2000s but by the 2010s, usage had begun to wane and eventually support was cut altogether. Adobe even plans to discontinue the program in 2020. But browser games live on! Now written in javascript or html rather than with Flash, the market’s still thriving!

MMOs and the online scene

Around the same time, a different attitude towards gaming was arising – Massively Multiplayer. Rather than the browser games that you played locally from a website, MMOs were about a blend of locally-hosted data and a server-side connection so that you could play with other people simultaneously!

In the late ’90s games like Everquest were the gold standard for MMORPGs but it wasn’t until 2004 with the launch of World of Warcraft that the genre really began to dominate the computer gaming landscape.

Since then there have been many challengers to WoW’s crown with fresh designs and new mechanics, there’s even been an odd hybrid in the world of MMOs and browser games in the form of RuneScape, but WoW still sits at the top alongside Space Invaders and Pac-Man in terms of gross revenue.

You can probably tell that apps are what we’re all about here, ever since the iPhone first launched in 2010 and browsing has shifted to the mobile scene, apps have provided a new avenue for program use and, especially, for games. Angry Birds, Candy Crush, even Flappy Bird, there’s been no shortage of great games to come to the world of apps!

What do you think? Is there an era of online gaming we missed? Let us know in the comments below!