A new study released this Monday by sociologists at Indiana University found that women will always answer their telephones unless mind-blowing sex with a man other than the caller prevents them from doing so. 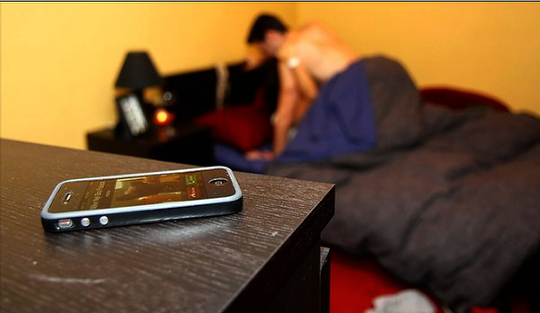 "No matter who they were, or what their perceived or actual relationship with the male caller was, women who failed to pick up the phone were statistically all but certain to be deep in the throes of coital passion with one or more virile lovers at the time of the call," researcher Patrick Berger said. "In addition, a vast majority of the female participants we observed had seemingly forgotten all about the relationship they once had with the caller, and were, in fact, completely consumed by the vaginal gratification they were currently receiving."

"A type of gratification they would hesitate to even call ‘sex,’ since it was so much more intense and transcendent than any kind of sex they had experienced before," Berger added

Well, how about that, so it’s got nothing to do with a flat battery then. To read more about this intense and stimulating survey, go here