The Sandy Bridge processors on both the new 15-inch and 17-inch MacBook Pro feature integrated Intel HD Graphics 3000 with 384MB of DDR3SDRAM shared with the main memory. Apple also has its own unique automated graphics switching, allowing the larger MacBook Pro models to also offer discrete graphics cards from AMD. Read more about them here…

Up to 2x faster processors and 3x faster graphics

The new 15- and 17-inch models bring quad-core power to almost everything you do. The available 2.3GHz quad-core Intel Core i7 processor — with Turbo Boost speeds up to 3.4GHz and up to 8MB of shared L3 cache — enables these MacBook Pro models to run applications up to twice as fast as their top-of-the-line predecessors. 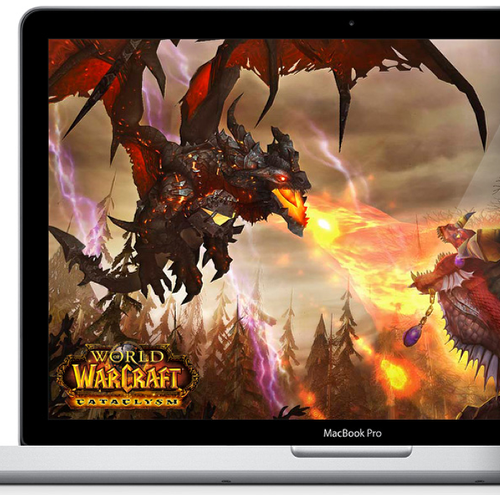 The integrated Intel HD Graphics 3000 processor — now included across the MacBook Pro lineup — handles the things you do every day. It encodes video quickly, making HD video calls with FaceTime possible. And it decodes efficiently, so you get long playback time for DVDs and iTunes movies.

For graphics-intensive applications, the 15- and 17-inch MacBook Pro models automatically switch to new high-performance AMD Radeon graphics processors. With up to 3x the performance of the previous models,3 they let you see more frames per second in 3D games, or work on HD video projects with more speed and responsiveness than before. 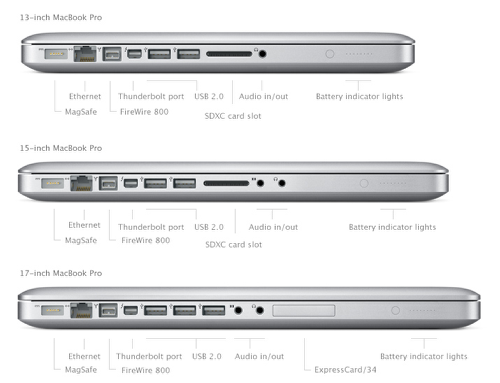 Imagine accessing multiple streams of uncompressed HD video — from your notebook — at speeds that let you edit an HD feature film in real time. That’s how Thunderbolt technology will connect the next generation of high-performance peripherals to the next generation of computers — starting with MacBook Pro. Ultrafast and ultraflexible, the Thunderbolt pipeline is more than 12 times faster than FireWire 800 and up to 20 times faster than USB 2.0, and it offers unprecedented expansion capabilities. It changes what you can do on a notebook.

The Thunderbolt port will give you plug-and-play performance with a whole new world of Thunderbolt peripherals, as well as with the Apple LED Cinema Display and other Mini DisplayPort peripherals. You can daisy-chain as many as six devices, including your display. And with support for video and eight-channel audio, it’s easy to connect HDMI-compatible devices — like your TV and home stereo — using the HDMI adapter you already have. Current VGA, DVI, and DisplayPort adapters are also supported. 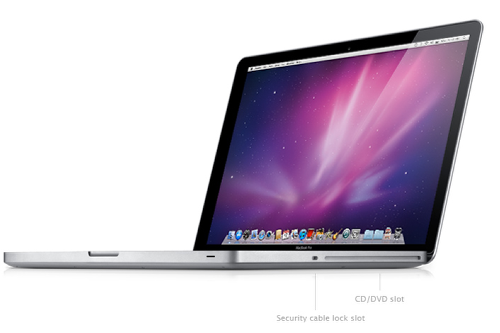 Get more of your friends in the picture with crisp, widescreen HD video. The new FaceTime HD camera gives you three times the resolution of the previous camera — perfect for the brilliant LED-backlit display — along with improved low-light performance. You and your friends can make 720p HD calls from one new MacBook Pro to another. You can also make video calls to other Intel-based Mac computers,4 iPhone 4, or the new iPod touch. 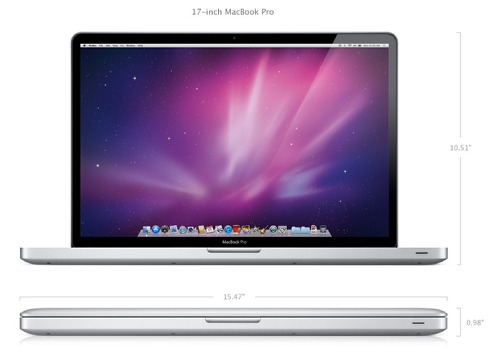 The new MacBook Pro delivers amazing battery life. And that’s with more powerful processors and faster graphics. An energy-efficient processor architecture with an integrated video encoder, along with automatic graphics switching in the 15- and 17-inch models, all help improve battery life. So you can expect to surf the web wirelessly for up to 7 hours on a single charge.5 Or take your entire creative studio on the road for live performances or a location shoot. Advanced chemistry and Adaptive Charging give you up to 1000 full charge and discharge cycles — nearly three times the lifespan of typical notebook batteries.6 And because the MacBook Pro battery lasts up to five years, MacBook Pro uses just one battery in the same time a typical notebook uses three. That’s better for you and for the environment. 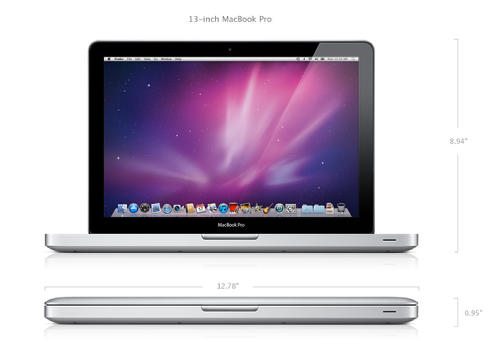 Apple is using a new, more rigorous battery test that measures the results you can expect in the real world — like surfing your favorite sites in a coffee shop or catching up on the latest web videos. Even using this new test, MacBook Pro delivers amazing battery life. For your real life. 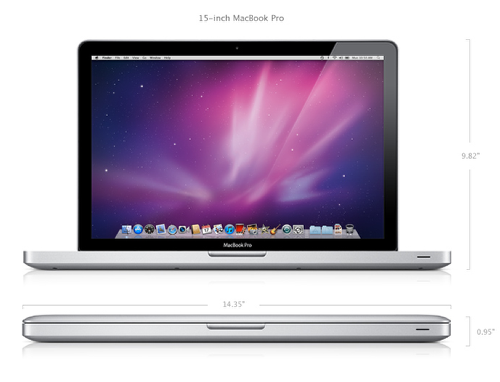 With the new Thunderbolt port, you can daisy-chain as many as six devices, including your display, to create a full-fledged workstation. Two USB 2.0 ports (three on the 17-inch MacBook Pro) and a FireWire 800 port let you connect your iPad, iPod, iPhone, digital cameras, and external hard drives.

The new SDXC card slot on the 13- and 15-inch MacBook Pro models supports up to 64GB cards and makes it a snap to transfer all those photos to and from your MacBook Pro, so you can edit and share them on the spot. And the ExpressCard/34 slot on the 17-inch MacBook Pro is perfect for an eSATA adapter — or even a 3G wireless card for times when no Wi-Fi network is available.

After using iMovie and iDVD to edit and apply the finishing touches to your home movie, use the 8x SuperDrive on MacBook Pro to burn it to DVD in no time. Since the SuperDrive writes to double-layer discs (DVDs with nearly 9GB of space), it’s great for backing up data, too. 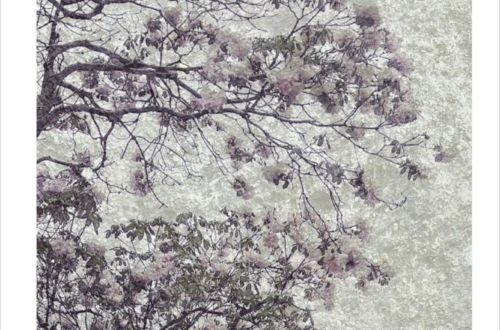 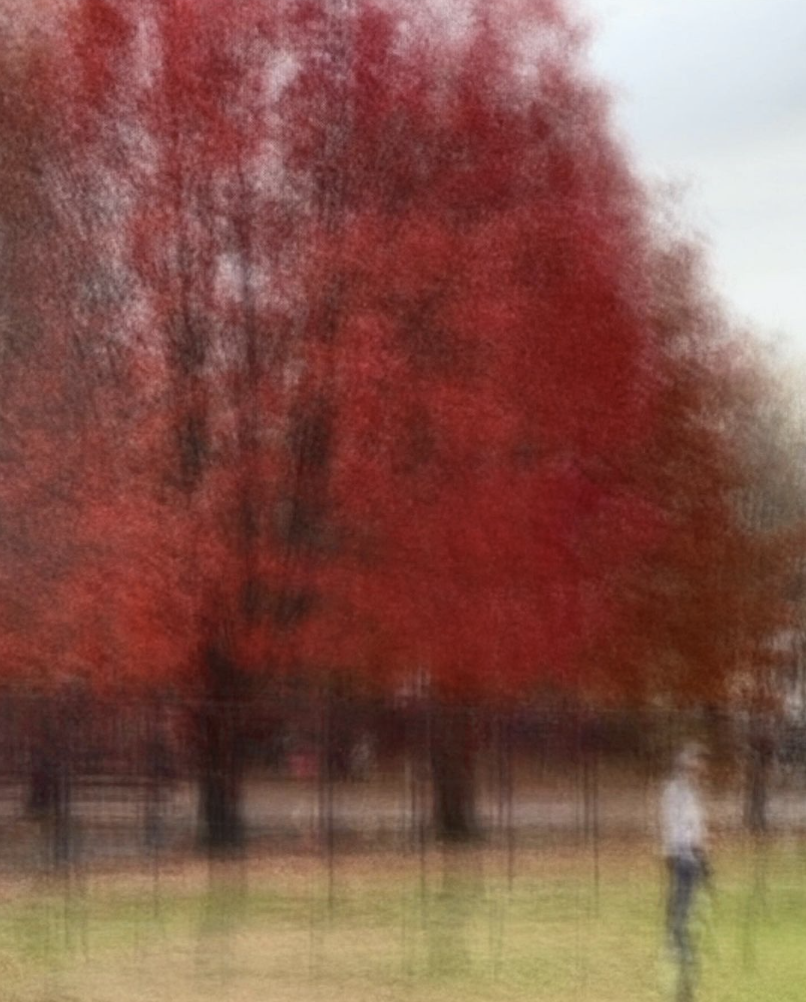 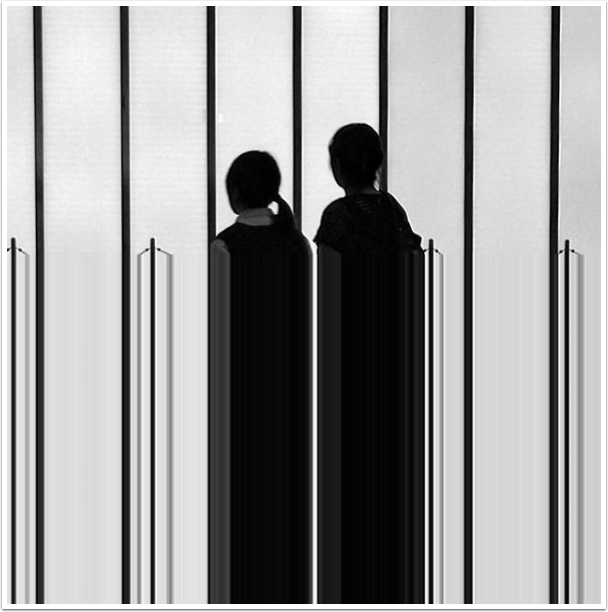