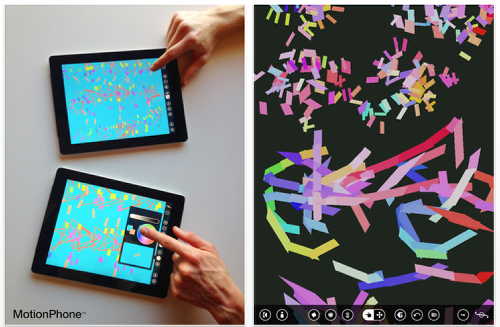 In MotionPhone, fingers’ movements become colorful dancing abstract shapes whose personality comes directly from the way one moves. "Each person moves differently and naturally creates their own original style of animation." said Scott Snibbe, the app’s creator, "Each of our movements are as original and recognizable as our face or the way we walk, and with MotionPhone, it’s the first time we get to see these traces of movement." 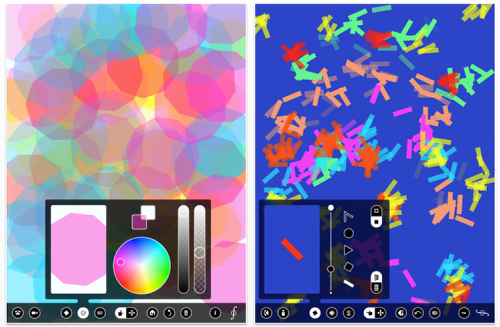 As its name suggests, MotionPhone is more than an animation program. Using Apple’s Game Center Technology, the app lets people connect to one another remotely so that two, three, or four people can have a ‘visual conversation,’ creating animation together on an infinite two-dimensional plane. The resulting collaborative animations, reminiscent of 1980s animated music videos, or experimental films from the 1930s, can be cacophonous or sublime. Snibbe calls the process ‘Visual Music’ and with the networking component, ‘Visual Jamming."

The app was originally an interactive artwork that Snibbe says evolved from his days in college studying animation and computer science. Working late in research labs while listening to classic jazz albums like Mingus Ah Um, he created a networked animation program that allows people to improvise animation in the same way that jazz artists improvise music. 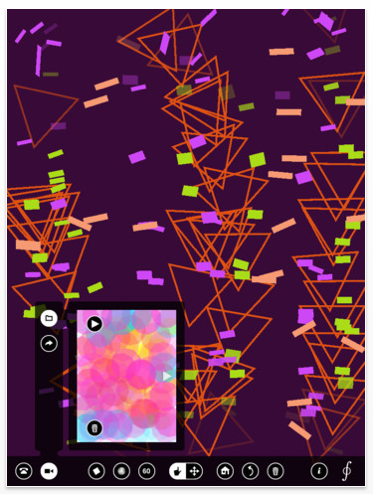 The program eventually found the attention of art curators in the 1990s, winning a Prix Ars Electronica prize – sometimes referred to as the ‘Academy Awards’ of interactive art. However, Snibbe always wanted MotionPhone to be distributed widely, at a low cost, so that the program could be enjoyed by everyone. As Snibbe notes, "Now apps like Motion Phone can be sold for the cost of a video rental, instead of the price of a car."

MotionPhone takes the same social gaming technology that lets you play Doodle Jump with your friends – Apple’s Game Center – and uses the system for collaborative play and communication, much like parlor games of the 19th century. Snibbe believes MotionPhone, despite being almost twenty years old, is the first commercially available networked animation program. 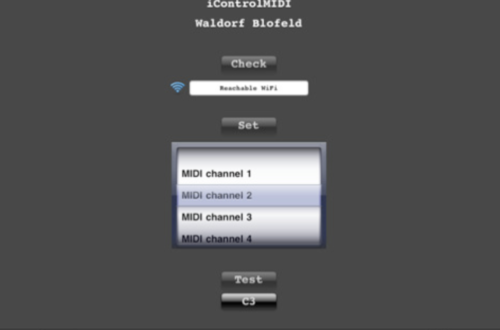 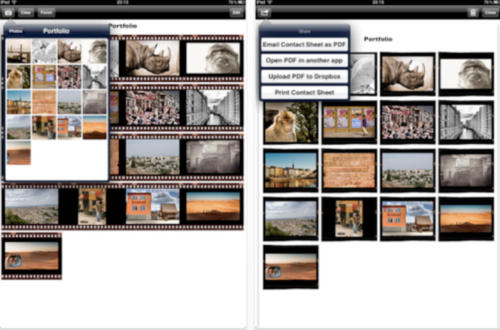