We’ve known this app was in the works for a while now and finally it has been released and approved and is ready for you to download in the Apple App Store.

The desktop Keepsy site has over 100,000 users and the idea of this mobile app is to allow users to build books directly from their mobile devices. This should be pretty straightforward as the app can organize your images into albums and comes with a built-in sharing feature, allowing you to share your albums with friends/family but the unique point is that they don’t have to have the app installed on their phones. They can view your album on the web via an alternative device/computer.

One of the key features Keepsy want to focus on is Instagram image printing, nearly half of all Keepsy desktop orders are for Instagram prints and this was a key feature that the developers were keen to feature in the mobile version.

This app looks very interesting, it’s free to download, you can do so here. 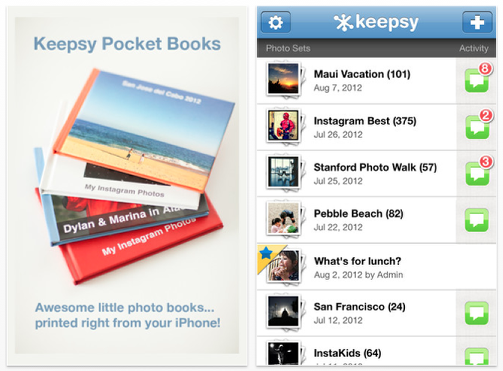