Don’t miss ItalianBrother’s (Dilshad Corleone) first column article for us, in this piece he asks what kind of street photographer are you, shy or bold? It’s an interesting debate and one that I’d love for you to continue at the end of this piece. Mobile photography does offer some excellent covert opportunities on the street but it’s not fool proof as you will discover in this excellent article, over to your Dilshad (foreword by Joanne Carter). 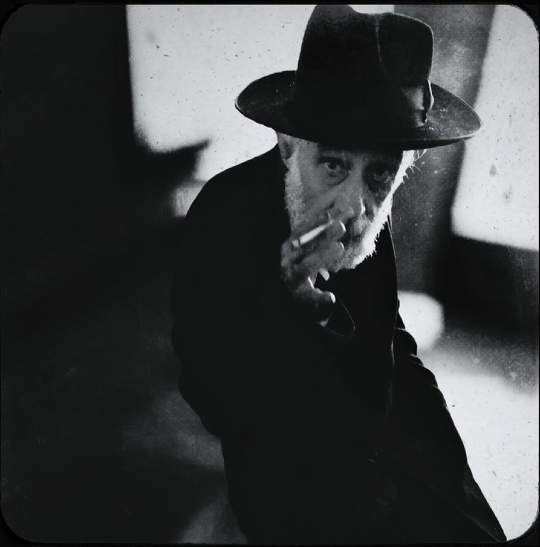 “Excuse me, Does the 73 bus stops here?”… I asked the old man, while getting closer and closer and with my iPhone pointing straight at him. He looked at me and then he looked at the iPhone and he rattled something about the problems on the transportation and some other things… In the meantime I was snapping him to my hearts content. Then I sat down and managed to have a word with him. He truly was a lovely old and strange man, who narrated me a Hasidic story of Baal Shem Tov. The way he recounted that tale was magnificent. At one point, however, he just stood up and walked away, he crossed the road as if he were a wandering spirit, with fast moving cars passing around him. He did not see them and they did not see him, and he disappeared. 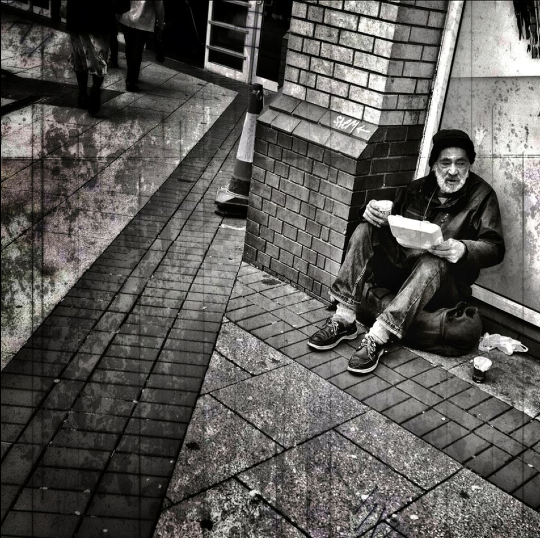 © Dilshad Corleone – ‘2 Winter or summer, rain or sun, hot or cold, I live and dream here’

On another occasion, on my way to work (I always take the same route every day, unless the tube is not working), I saw this homeless man sitting near the shopping centre. It was a cold morning and that day I thought to buy him a hot English breakfast and some coffee. While he was eating we had a pleasant conversation, he did not tell me much about him, but he said that he knew me, or better he’d seen me many a time crossing the road and passing in front of him. He knows that he is invisible to the eye of the stranger who don’t see the plight of the sufferers, and he was pleasantly surprised that I had stopped. After our chat I asked him if I could take a photo or two of him, he smiled and agreed. I see him every day sitting at the same place and we nod at each other. 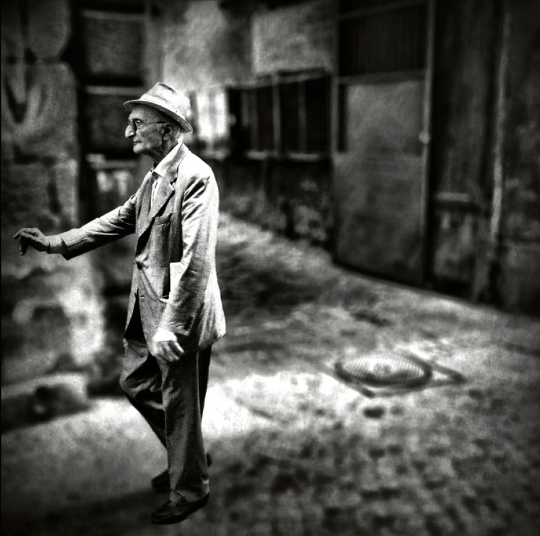 However, I don’t always manage to talk to my subjects, which is a shame, for I would love to know the story behind every single image that I take. I would love to understand what are the reasons behind my attraction to a certain type of subject, and to know about their life, but it is not always as easy as it may seem and sometime I just shoot and go…

Pulcinella, was taken in Naples, in a dark alleyway with very little light and buildings on both sides (you can see the tutorial on this particular photo: From conception to birth, a walkthrough of one of my photos in here). I remember I was talking to a jeweler about the history of the city and it’s particular vibe: Naples is an incredible bustling and lively city, its beauty and charm has been described and praised often. As they say, “Vedi Napoli e poi muori! See Naples and then you can die!” One can’t blame the Neapolitan for never wanting to leave this city, nor its poets singing its praises in lofty hyperboles.

But let me not astray! So, while I was conversing with this quite extrovert jeweler, my eyes fell over Pulcinella. His characteristic and unusual way of walking had caught my imagination and my interest, he truly was such a particular character, making peculiar gestures, hence at that point I cut quite short our conversation and, like a mad dog, left the jeweler and went for the kill.

Pulcinella’s mannerisms reminded me of the Italian Commedia dell’Arte characters, thus the title name Pulcinella. After taking a few shots of him, I asked the people in the area about him and they all knew who he was.An actor in his younger years, not famous, but he made people laugh. After his short-lived career, he started roaming the streets of Naples, playing his character and stopping at local coffee shops for an espresso. For each espresso he drinks, he pays for a second one for whoever comes after him. I think I have enjoyed one of those coffees myself! 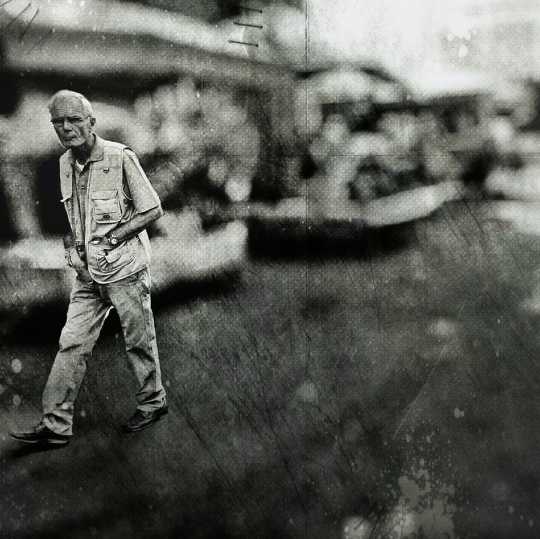 © Dilshad Corleone – ‘I Have A Knife In My Pocket’

Sometimes it can get dangerous, however. I had gone to Naples that day with the purpose to do an essay on the city. After coming out from the station I just wanted to warm up and feel the city, start easily, and when I did, and when I found my subject and snapped him, he seriously got angry with me and pulled a knife out and started following me. I ran as if there was no. That’s also part of the fun… well it is for me.

As I said it’s not easy, nor safe… But I love it! I truly love the feel that I get when I manage to see something walking in the streets that tickles my imagination, I love the chase, I love faking a telephone call and then looking at the screen as if I were reading something, and instead I am photographing My subjects. There is truly something special about the whole process, scanning the surroundings, looking for inspiration in everything that is around you, taking a photo that you already know it is going to work, editing it and then sharing it with the community. 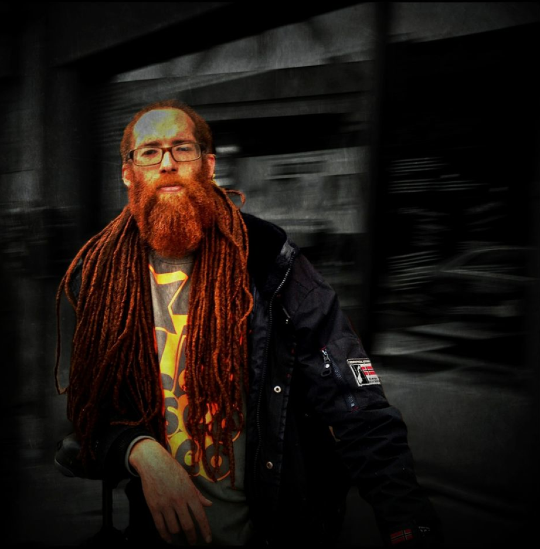 So my question to you is: How bold or shy are you? Do you keep looking every day? Or do you plan your photo shoot walks? When you see someone walking that has attracted your attention, do you get ready with your camera? And what happens if and when you miss, or the first shot has come out blurred or not as you wanted it? Do you follow or even stalk your subject? Or just leave it and think you might get another occasion? Do you run after him or her? Maybe by overtaking them and then positioning yourself in a better location waiting for them to enter in your viewfinder and then shoot? Are you an instinctive shooter or you look for and find the right background and then wait for your subject to complete the story? Or are you someone that uses blender like apps to fill in a photo?

There truly are no right or wrong answers, every one has a style, I am just interested to know what is your style! Try to answer these questions and let me know, tell me the whys behind! Talk to me and let’s start a conversation here! 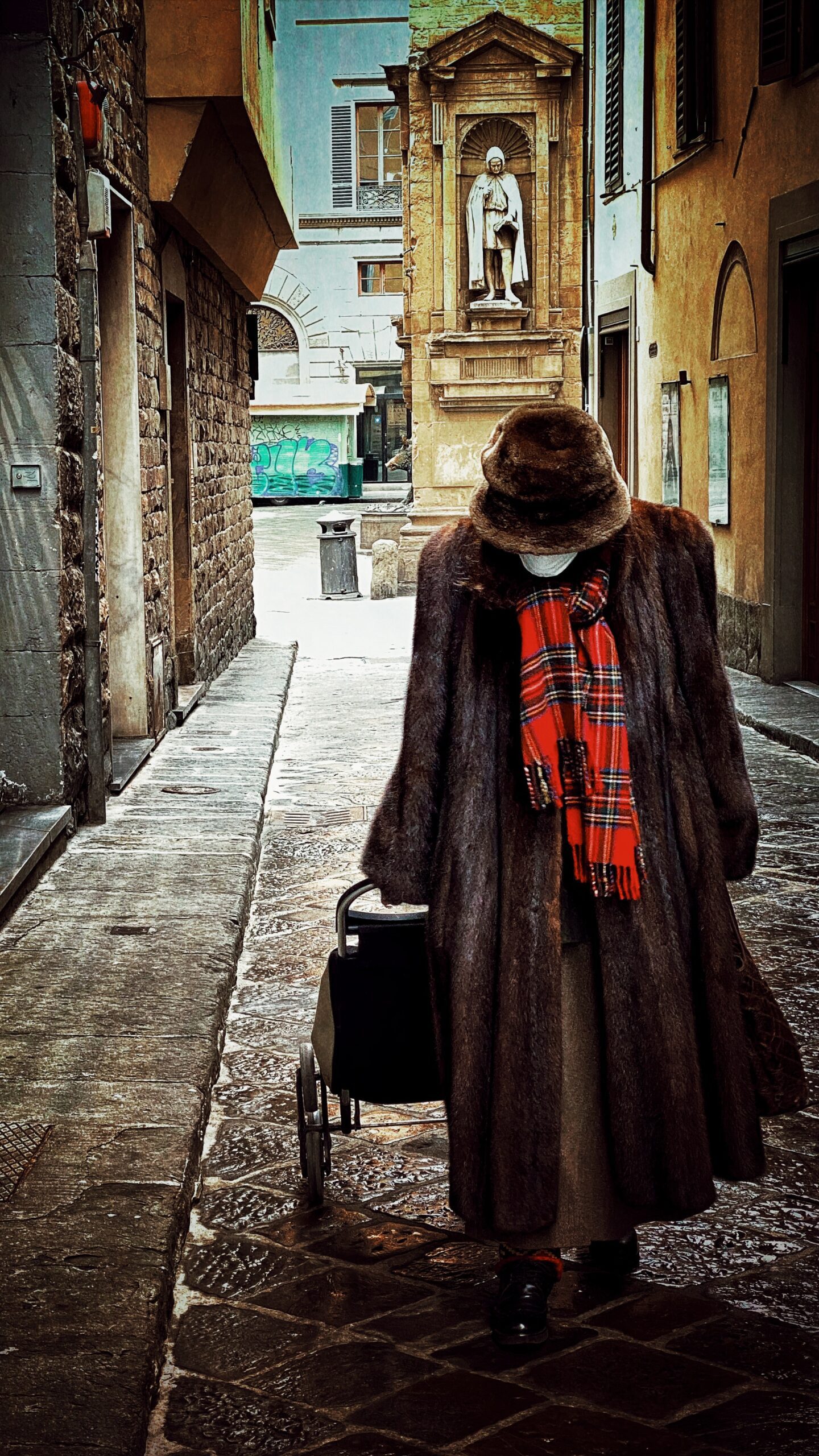