With many thanks to Nettie Edwards for bringing to our attention a great new iBook called Irish Tinkers that has just become available to purchase from the Apple iBookstore. Irish Tinkers has been created by Janine Wiedel, who actually took these photographs over a period of five years in the 1970’s. Janine has created a charming sensitivie timepiece that not only rewards us with stunning portraiture but also great insights into this fiercely independent ‘ethnic group*’.

About the Author
Janine Wiedel, was born in New York City and has been living and working as a documentary photographer in London since the early 1970s. Her distinguished career has tended to focus upon groups struggling to survive on the edges of mainstream society. She has produced major studies, books and exhibitions on subjects including: student riots and the Black Power struggles of the late 1960s USA; the Inuits of Baffin Island; the disappearing industries of the Midlands in Britain; protest movements from 1960s to the present day; and, most recently, eco warriors, squatters and multicultural Britain. Her work has been widely published and shown in major solo exhibitions.

This is an example of her writing skills and compassion within the book – ‘Theirs was a life based on extraordinary close family ties. Relatives, even if living great distances from each other, and without the ability to read or write, still knew how the other members were and were fiercely protective of the family name. There was a resitance to the acquisition of material possessions, born of the practical limitations of space when stationary and of encumbrance when mobile; an honest philosophy of making do, using other people’s spare change – trees as washing lines, a farmer’s field for grazing their ponies, scrap tin for making pots and pans. Children were taught to live by their wits’ accepting death and trouble with the ssame fatalism as they would storms and bad weather…’ Values that many of us are without and not the better for it.

*As recognised in British Law 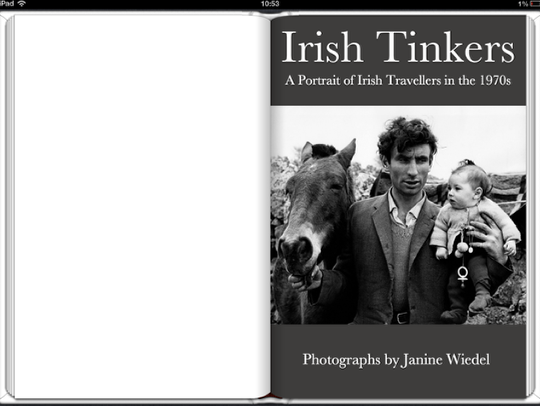 “We’re queer ways travelling people. One night we’ll stay and one night we’ll not and we’ll have the whole camp gone up and thrown into a cart, cocks and roosters and goats and all the crockery and the kettle bar and all your belongings heaped together in a heap on the back of the cart…” 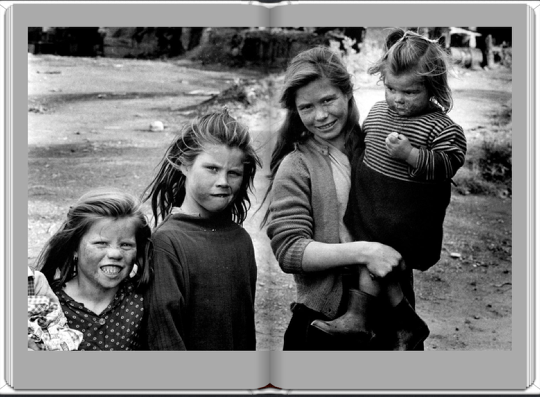 “I can make me anything in tin from a frying pan to a teapot and spokes. I can make me stakes, a tea drawer, anything. It’s running in my blood and you can tell by the cut of me I’m a tinsmith. Daddy was too…” 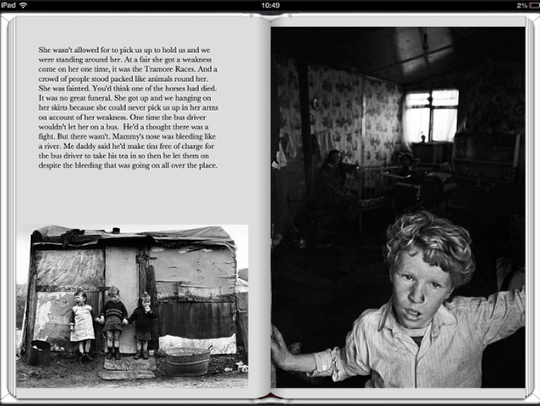 “Well, it happened in Scotland and it happened in Ireland. You get tinkers everywhere. That’s the bother of being born in times of prosecution when people are uprooted from their homes and forced to the side of the road. We’re being moved on every day and they’re tarmacking the road so you just remember the old times…” 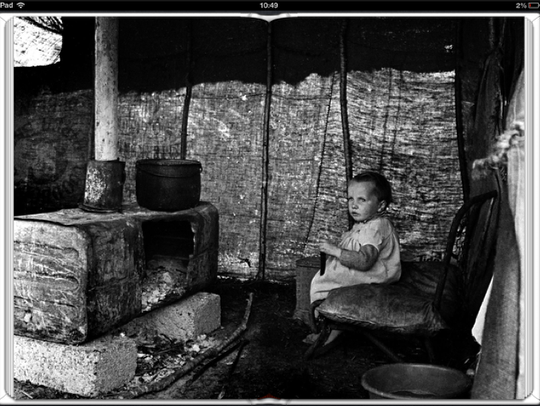 Sold!!! this book looks awesome. I can’t believe what amazing value this looks to be.