Welcome to our Top Five Photo Apps – Photo App Lounge section of theappwhisperer.com. This is an area on our site where we ask highly accomplished mobile photographers what their top five photo apps are and why.

Today, we are featuring Jennifer Sharpe’s Top Five Photo Apps. Jennifer’s images have featured heavily in our weekly Flickr Group Showcases and she is a keen player in our Streets Ahead section (see here) as well as our dedicated Facebook group to this, see here.

Jennifer has chosen some very interesting apps and we’re sure you’re going to find these of great interest, over to you Jennifer… (foreword by Joanne Carter).

‘When Joanne first asked me to contribute to the series Top Five Photo Apps – Photo App Lounge, it was as if she had somehow tuned into the fact that I had been recently going through cleaning up my iPhone “desktop” to keep only apps that I really use a lot. Since then I have also realized that as I have been going through that process, I have been simultaneously going through a consolidation stage, a winnowing of apps based on what works best for what I really like to do visually.

My real love affair with the digital camera and camera-related software originates in experimental video, which I took to like a fish to water starting in late 2009. Still photography naturally came along for the ride as a complimentary and essential companion discipline, obviously with the camera as a tool for creation being at the root of everything. My work in both video and photography is informed by my background in painting and drawing, and love of music, dance, literature and poetry, film and theater.

All of which brings me to the apps that I have chosen to share here. I should preface this short list by saying that while I enjoy collage and if I could include more apps in this list, I would also add those that allow you to layer, and there are a few that I like very much. However, I suppose that as the common question goes, should I get stuck on a deserted island and were limited to having five apps with me, they’d be the kind that take really good photos without one having to do much to them in post-process, the kind where one is able to work directly with effects in camera, and the kind where one doesn’t have to do anything to them at all after shooting. Keeping this in mind, the majority of the apps on my list are shooters, with only one effects app’.

I love this app because it takes great pictures, and also allows you to have a solid amount of control should you chose to move away from the automatic setting. That is the best of both worlds. Add to that all its features, which I have yet to explore fully, and you have a foundation app with extra options that’s really hard to beat. For me however, there is one feature of 645 Pro MK II which, as a video artist who appreciates cinematography very much, I am completely obsessed with. That feature is the 6×17 format. This is the format I have on by default when I shoot with 645 Pro MK II.

‘View of Ramon C. Cortines School of Visual and Performing Arts from a courtyard at The Cathedral of Our Lady of the Angels (downtown Los Angeles)’ – Image – © Jennifer Sharpe

Hipstamatic has been mentioned several times during this series. To me, Hipstamatic Classic remains a favorite to take anything at any time of day in almost any kind of light. As someone who loves night photography, having an app that does this so well without any post processing at all is a huge delight. Oh and did I mention the random setting and double exposure feature? I have been known to use both together – take a pic with the first exposure, shake, take a pic with the second exposure. You’d never guess what it comes up with, and most of the time, what I get as a result is phenomenal and interesting. 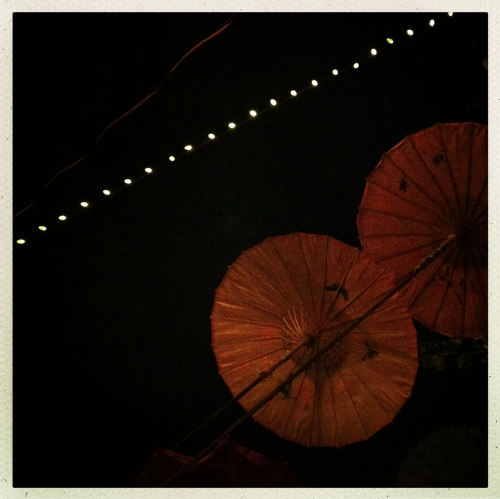 I had LongExpo on my iPhone(4) for months before I finally started playing with it. I like long exposure in daylight and in low light because the layering of multiple images is so interesting to me. Long exposures made purposely for this effect remind me a little of an exercise I used to do in life drawing class sometimes where the class would do one continuous contour drawing of the model, complete it, and do another one over it with the model moving into another position sometimes, but not always, related to the previous pose. The particular beauty of LongExpo to me is that along with the shutter speed, you can alter the photo you just took in camera with tools for selecting a specific portion of the exposure, gradient, a function called “freeze,” brightness and contrast, and saturation. This is incredibly fun, and the results, like Hipstamatic on random, are very interesting and unanticipated. Lately I’ve been converting my pics made in LongExpo to black and white using Pure Carbon (another fantastic app with a lot of control in camera), but it also does beautiful things in color. 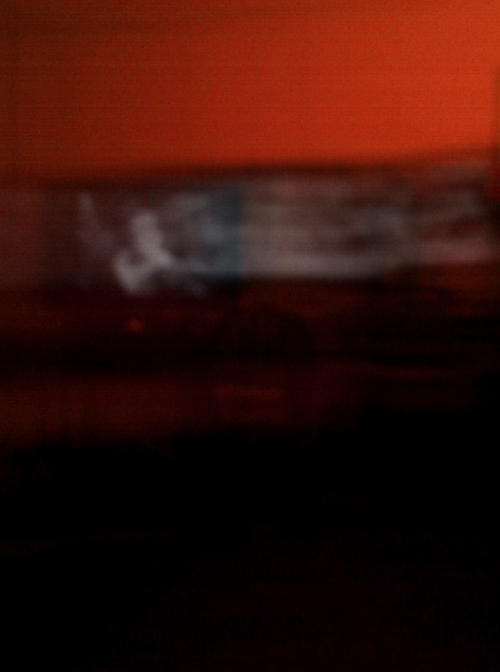 Hueless is my favorite app for shooting street photography because it processes consecutive pics very quickly (in comparison to say, Hipstamatic), while having excellent autofocus and autoexposure. So when I’m taking shots on public transportation where people come and go, I can take many shots in succession before it gets ornery with me and freezes up (I tend to push the capabilities of my apps to the max – with the exception of Hipstamatic which can get really impossible if I don’t play by its rules exactly). The black and white is not so much an aesthetic preference as a practical one – it’s not easy to shoot an ugly black and white photo, color on the other hand is much trickier with variable or difficult light. 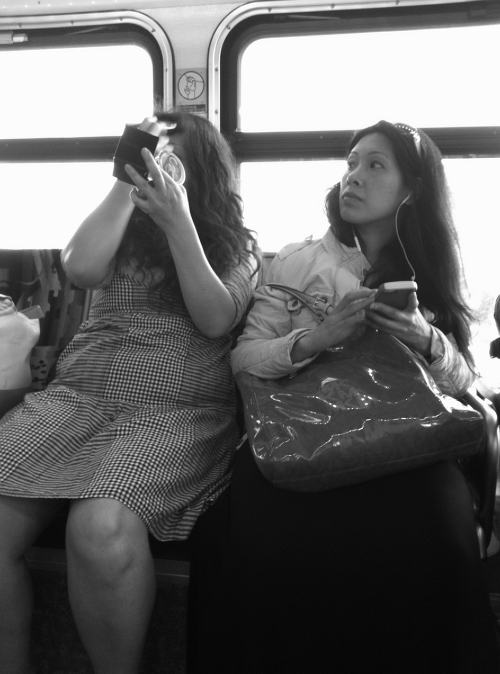 I have drawn since I was a little girl, and sometimes rather than place a preset texture on a photo, I prefer to make my own and by that I mean, controlling it with my fingers. I don’t use an iPad or a stylus, all I have is my iPhone so I am limited in programs I have access to that do this sort of thing really well (such as the much loved iPad program Procreate). I’ve actually found that the app I love best of all for linear effects, and which has a certain amount of precise control that can be easily employed on a screen as small as the iPhone’s, is Deco Sketch. While most people think of this app as a tool for making geometric designs, I have discovered this marvelous ability to draw different kinds of lines over an existing photo, in different colors, sizes of line, different behaviors – a line which makes rectangles or triangles for example. Furthermore, you can make layers of lines of different kinds, as well as erase or partially erase them. This kind of technique has been popular in 20th century painting for some time. One of my favorite painters, Richard Diebenkorn, plays hide and seek with line in much of his work. As a style this can be very suggestive of the history of the work, the process, and to me it is a very pleasurable style because of this. Between multiple exposure and drawing on photos in this way, I’ve been able to find a sensibility that feels familiar, comfortable and engaging for me, harking back to my earliest tools for creating – a pencil, an eraser, and a piece of paper’. 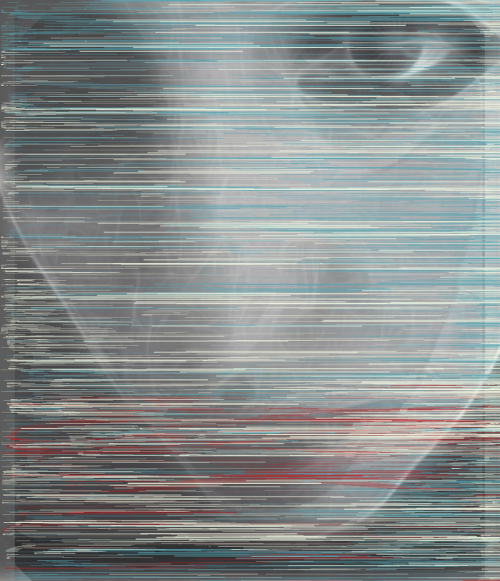 If you’re interested in seeing more of my work, you can find me at my website odilonvert.com. Much of my iPhone experimentation is on iPhoneart.com (IPA) under odilonvert, and I’m a regular contributor to the collective Streets Ahead on Flickr, showcased weekly in a column of the same name on The App Whisperer. Many thanks to Joanne Carter for giving me the opportunity to share some of my tools and processes here! 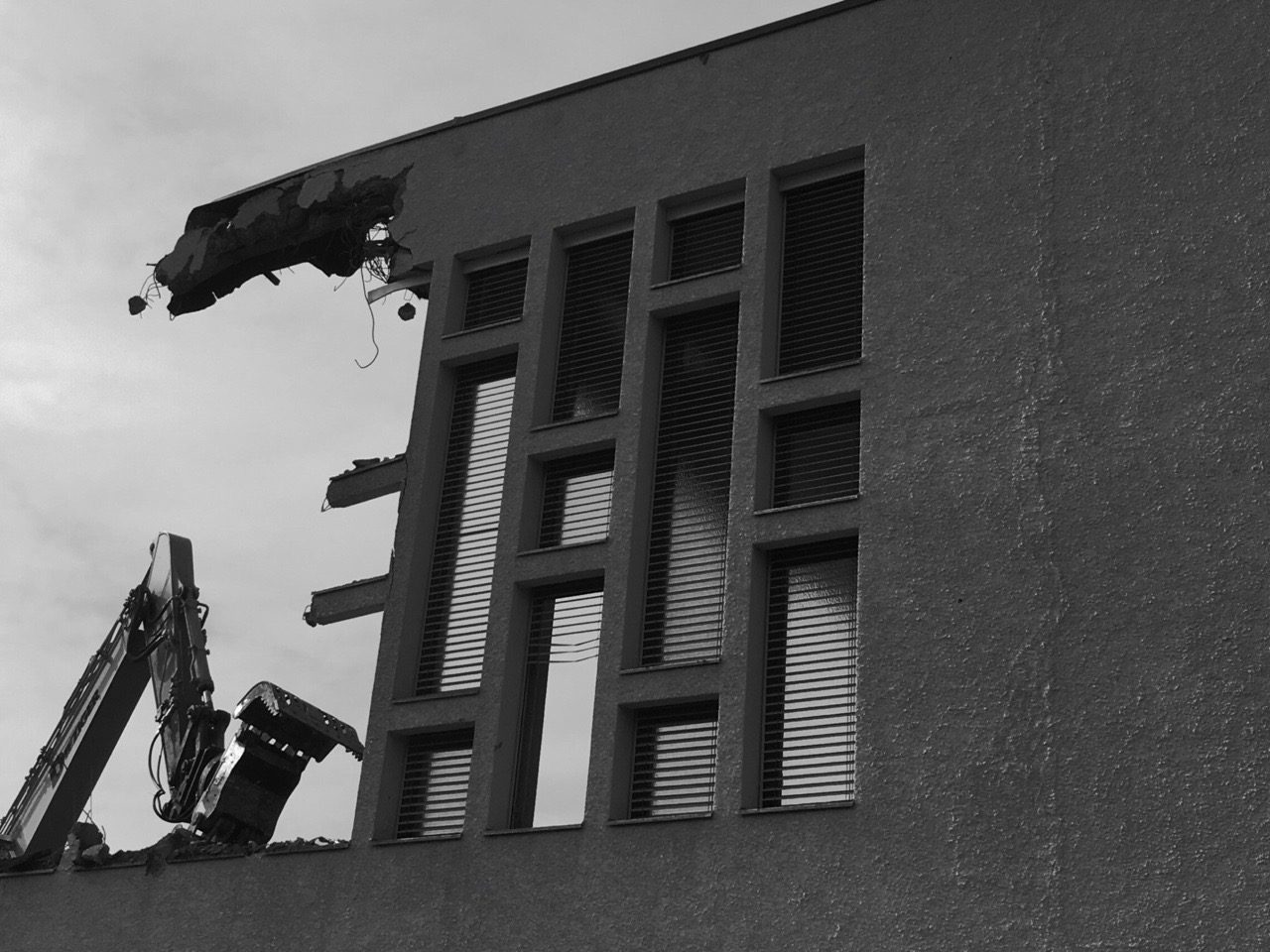 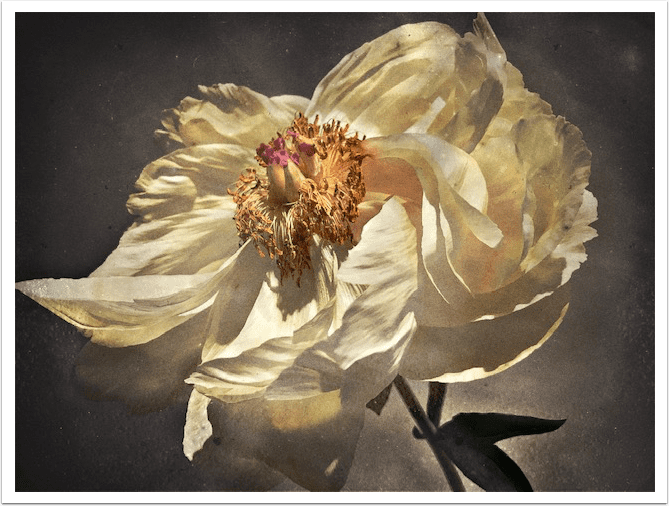