Rumoured for a long time and now announced the new LG G Flex smartphone looks good, I’m confused with the terminology of ‘flex’ as it does not flex, it is purely a hardened curved screen but perhaps I’m being cynical and of course the LG G Hardened Curve doesn’t quite have the same ring to it, take a look below, it does look interesting…

The LG G Flex is a smartphone curved to follow the contour of the face, the first device to offer such a design in the smartphone market. The latest device in LG’s premium G Series, the G Flex incorporates proprietary innovations from other LG companies in the form of the display and battery that have never been seen before. The LG G Flex also boasts new user experience (UX) features that take advantage of the curved form factor.

“The LG G Flex is the best representation yet of how a smartphone should be curved,” said Dr. Jong-seok Park, president and CEO of LG Electronics Mobile Communications Company. “The LG G Flex with its distinctive design, innovative hardware and consumer-centric UX represents the most significant development in the smartphone space since smartphone became part of our regular vocabulary.”

Form + Function: Design that Understands Human Curves
The vertically curved design of the LG G Flex reduces the distance between one’s mouth to the microphone when the device is held against the ear, as traditional telephone handsets used to. The LG G Flex employs a curvature arc that is optimized for the average face, to deliver improved voice and sound quality. The curved form increases the sound level by 3dB compared to typical flat smartphones. The curved design also offers a more reassuring grip and fits more comfortably in one’s back pocket. What’s more, in landscape mode, the display offers an IMAX-like experience, with the result being the most comfortable viewing angle for watching videos or playing games.

LG G Flex also features the Rear Key first introduced in the LG G2. Devoid of any buttons on the sides, there is less chance of accidentally powering off the phone and the convenience of using one’s index finger to adjust the volume when conversing is maintained. 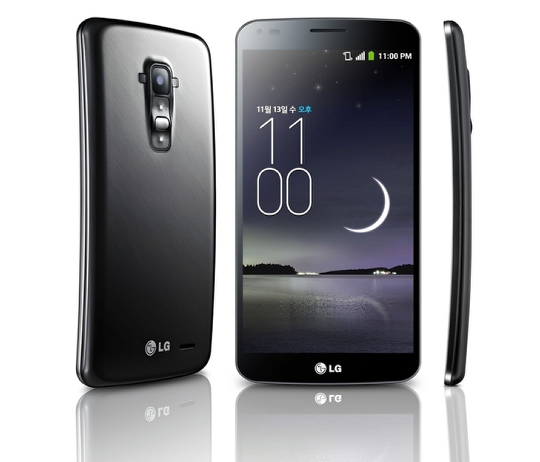 The development of LG G Flex was only possible through the successful collaboration with sister companies LG Display and LG Chem. The 6-inch display found in the G Flex is the world’s largest Plastic OLED (POLED) display developed and mass produced specifically for smartphones. The ultra-thin, ultra-light flexible POLED display and curved OLED panel are built on plastic substrates instead of glass, giving LG G Flex its unique shape and durability. The POLED display is brighter and more precise thanks to the application of Real RGB, which contains all three sub-pixels — red, green and blue — in one pixel.

LG Chem developed the world’s first curved battery technology specifically for application in LG G Flex. The curved battery in the G Flex is designed with LG Chem’s patented Stack & Folding technology, which reduces the physical stress on the battery pack when in the curved form and provides better stability and performance. Despite its thin form, the LG G Flex battery has a capacity of 3,500mAh, enough power for more than a full day of use. 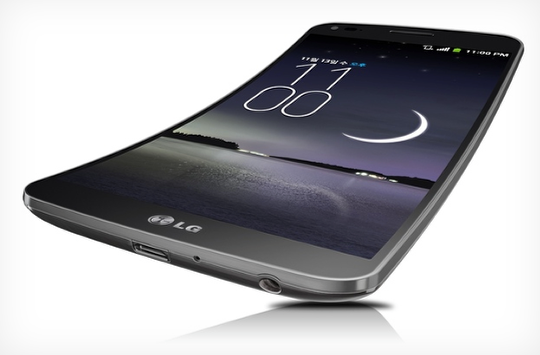 Among the several new technologies, the LG G Flex is the first smartphone to apply a “Self Healing” coating on the back cover. The elastic coating has the ability to recover from the daily wear-and-tear scratches and nicks that un-cased smartphones are likely to receive, keeping the G Flex looking newer longer.

Users of LG G Flex will have a wider selection in the ability to enjoy in various format of music — MP3, CD quality or 24 bit/192kHz Hi-Fi playback. UX features, such as KnockON, Guest Mode and Plug & Pop, which were positively received when first introduced in the LG G2, can also found in the LG G Flex. The LG G Flex also includes an array of new UX features:

– QTheater gives users quick access to photos, videos and YouTube right from the lock screen. By touching the screen and dragging outward along the curved surface with both fingers, the apps appear with the effect of theater curtains being drawn.
– Dual Window divides the wide 6-inch screen into two separate windows for more effective multitasking.
– Swing Lockscreen alters the image on the lockscreen depending on how the G Flex is held.
– Face Detection Indicator displays the LED on the Rear Key in green to confirm status of face detection and focus.
– Camera Timer flashes the Rear Key LED to indicate that the countdown has begun.
– Urgent Call Alert flashes the LED on the Rear Key in red when several consecutive calls from the same person go unanswered.

The LG Flex will be available in Korea starting in November through all three major local carriers. Availability in additional markets will be announced thereafter. 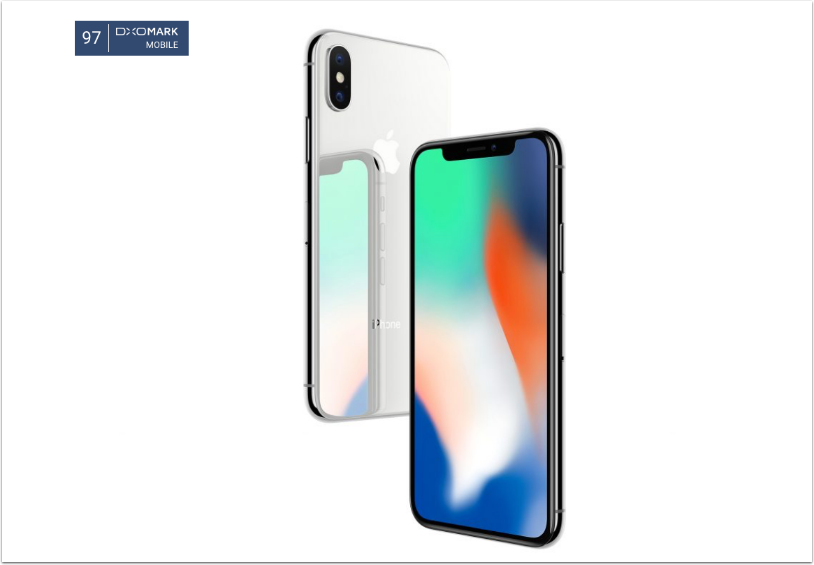 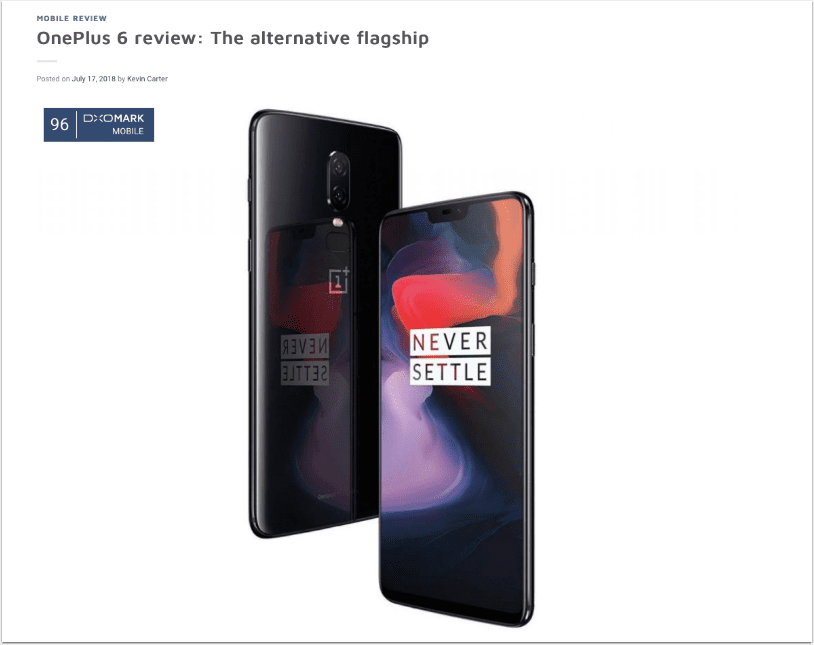