This may well be ‘old’ news to many of you but not to me, I’ve just discovered The Nimble Magazine in iTunes developed by Benjamin Rabe. It’s an online iOS magazine for iPhone and iPad that showcases artwork of various finger painters from around the world.

Four issues have been published so far and a fifth seemingly was intended to be published in June 2013 but I cannot see it. The latest issue ‘Bunny and The Beardman’ features John Bavaro discussing a collaboration for a museum that turned into ‘something unprecedented’. Other issues include work by Paul Vera Broadbent, Fabric Lenny, Matthew Watkins, Nettie Edwards and many more.

Take a look at the magazine here (it’s free) and I’ll try and find out what’s happened to it in the meantime, it’s impressive.

Screenshot From Issue Three Of The Nimble Magazine 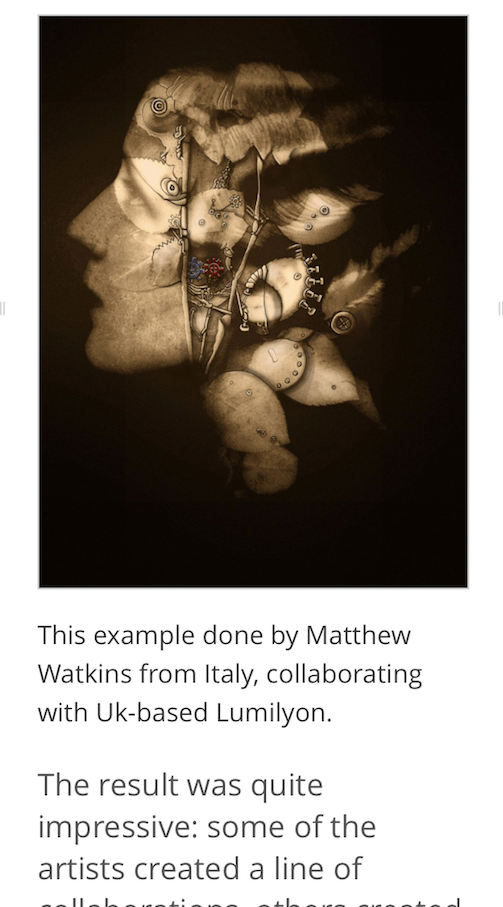 3 thoughts on “The Nimble Magazine – Have You Seen This?”