If you’re looking for a little ‘downtime’ this weekend, perhaps away from apps for a while, then why not take a look at this outstanding photographic iBook by Brandon Stanton – ‘Humans of New York’? Stanton has a unique technique or some might say ‘gift’. Essentially, he approaches total strangers on the streets of New York, asks if he may take their photograph and then asks them really quite intimate questions and it’s that intimacy that brings his subjects to reveal all manner of things and inevitably say ‘I don’t know why I’m telling you this’.

Brandon Stanton is an interesting character, he has no formal journalistic training or photographic training (but did graduate as a film major) and openly admits he never learned the technically correct way to use the two cameras that he’s ever owned. Made redundant from his job as a Trader in 2010, he then decided on a complete life change including location and career. He had an idea to photograph 10,000 people and map them in a geo loco way around New York. The idea moved on a bit and then he decided he would get a little more probing, he had plenty of ‘brush offs’ which left him low but he didn’t give up and essentially, this is a lesson to us all and ‘never giving up’ is one that I nurture every single day. Today, Stanton has sold 145,000 copies in print of ‘Humans of New York’ and countless in digital format.

The digital version retails for $12.99 from the Apple iBooks Store/download here (unfortunately this book is not available in the UK store) 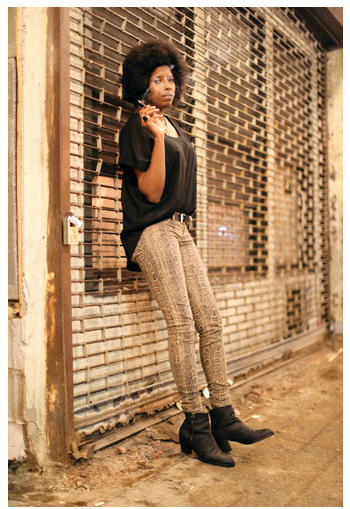