A new study conducted by Pew Research reveals that despite being a relatively new concept, seven percent of all Americans have made a video call on a mobile phone. With Apple pushing FaceTime as a key selling point to the iPhone 4 and the study actually conduced between mid August and mid September 2010, the iPhone 4 must be a major influence in all this. 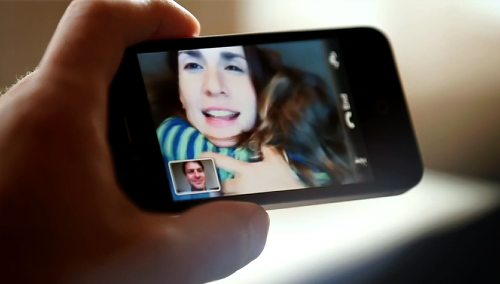 Sprint has been the only other major contributor to mobile video chat in the modern era and supports it only on its WiMAX phones, the HTC Evo 4G and Samsung Epic 4G.

The increase in popularity of Wi-Fi phones has increased the popularity of video calling, despite it being available outside the US with the launch of 3G. The slow frame rates and low resolution screens can be blamed for the previous slow pick up.

Of course, the share of video chat may increase with the appearance of the new iPod touch and possible camera-equipped iPads from Apple. Android is getting its own lift as the new T-Mobile myTouch will have its own support for video conversations.