Chillingo, today announced that ‘Cut the Rope’ has sold one million copies worldwide. The popular physics-based puzzler has achieved this milestone within ten days of its launch making it the fastest selling title on the App Store to date. 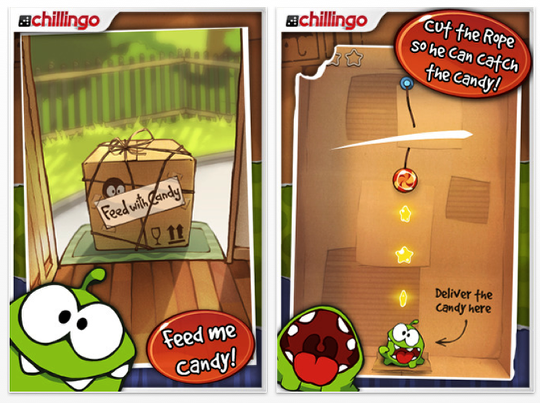 “Cut the Rope’s popularity has skyrocketed throughout recent days as fans eagerly share with others how addictive and fun the gameplay is on iOS devices,” explains Chris Byatte, Director of Chillingo. “We are thrilled to see Om Nom’s fame spread across the world and are collaborating with Developer, ZeptoLab to bring fresh new updates, which will be revealed soon.”

The game is currently the number one top paid game on the Apple App Store across the world in countries such as the United States, France, Finland, Germany, Italy, Netherlands, Sweden and many more.