I needed a haircut. I was beginning to look silly. I was also on holiday in the beautiful little Spanish town of Vejer, where I’d previously seen a really ancient-looking barbers shop on the town’s Plaza de Espana. So, I thought, why not? 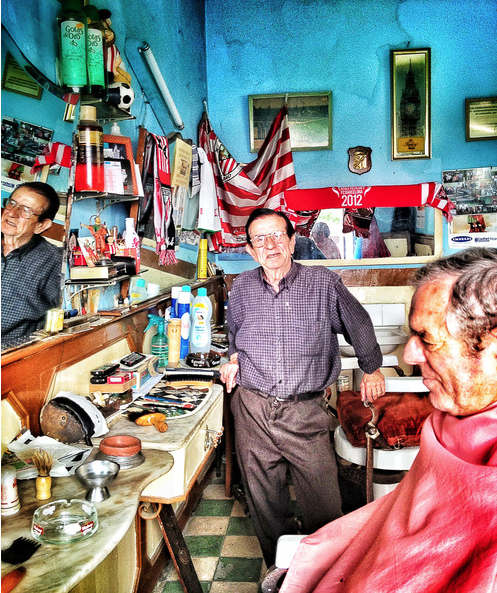 Constantino Verdu, or El Maestro, in his shop, with Athletico Bilbao shrine in the background. Processed using the Snapseed Drama filter (to lift the shadows) and the Structure option in Detail to bring out all the lovely bits and pieces on his counter.

El Maestro, as his neighbours call him, chatted to me about this, that and the other, in a universal barberly way. I was intrigued by the little shrine of Athletic Bilbao memorabilia in one corner of his shop. He told me as a kid he had to choose a team and the big local team Sevilla had gone, so had the obvious Real Madrid and Barcelona, so he went for Bilbao, even though it’s probably about as far from Vejer as any football club in Spain. He also told me he’d been running his barber’s shop for 54 years and that for the last 30 years he hadn’t paid any rent. But he wasn’t worried, the landlord was a friend.

I paid for my haircut with a generous tip, on the condition, I said jokingly, that I could take a few photos. He was delighted. He wanted to try lots of different poses and angles. I recently wrote about various devious techniques for candidly capturing people shots. But this reminded me that if you just ask, people actually quite like having their photo taken. And it’s nice sometimes to get someone looking straight at the camera. Of course, the London tube is very different to a sleepy Spanish town. It can also be a very sociable and pleasurable experience taking photos of people if they’re into it. He wanted a copy to put up in his shop, which I said I’d send him (via snail mail). 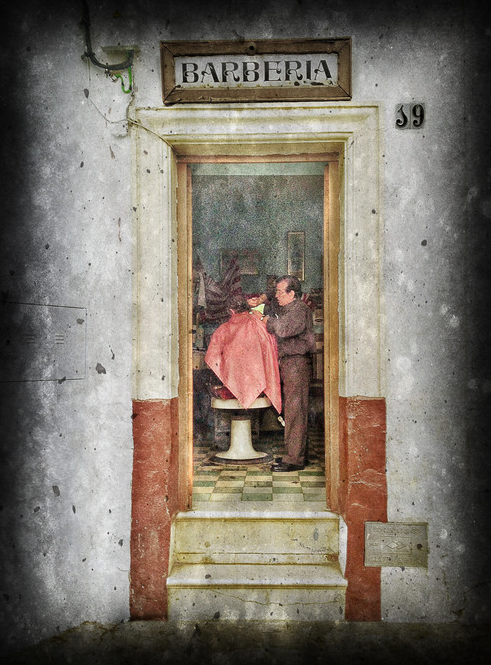 I got another shot of him in action with his next client. And with a 54-year old history, I decided to give the image an antique look with a great new app I’ve discovered called, Modern Grunge. I also used Filterstorm to brighten the figure of the Maestro in the doorway.

Constantino is going to retire in January after 54 years. Good luck Maestro! And I hope your landlord doesn’t ask for the back rent. 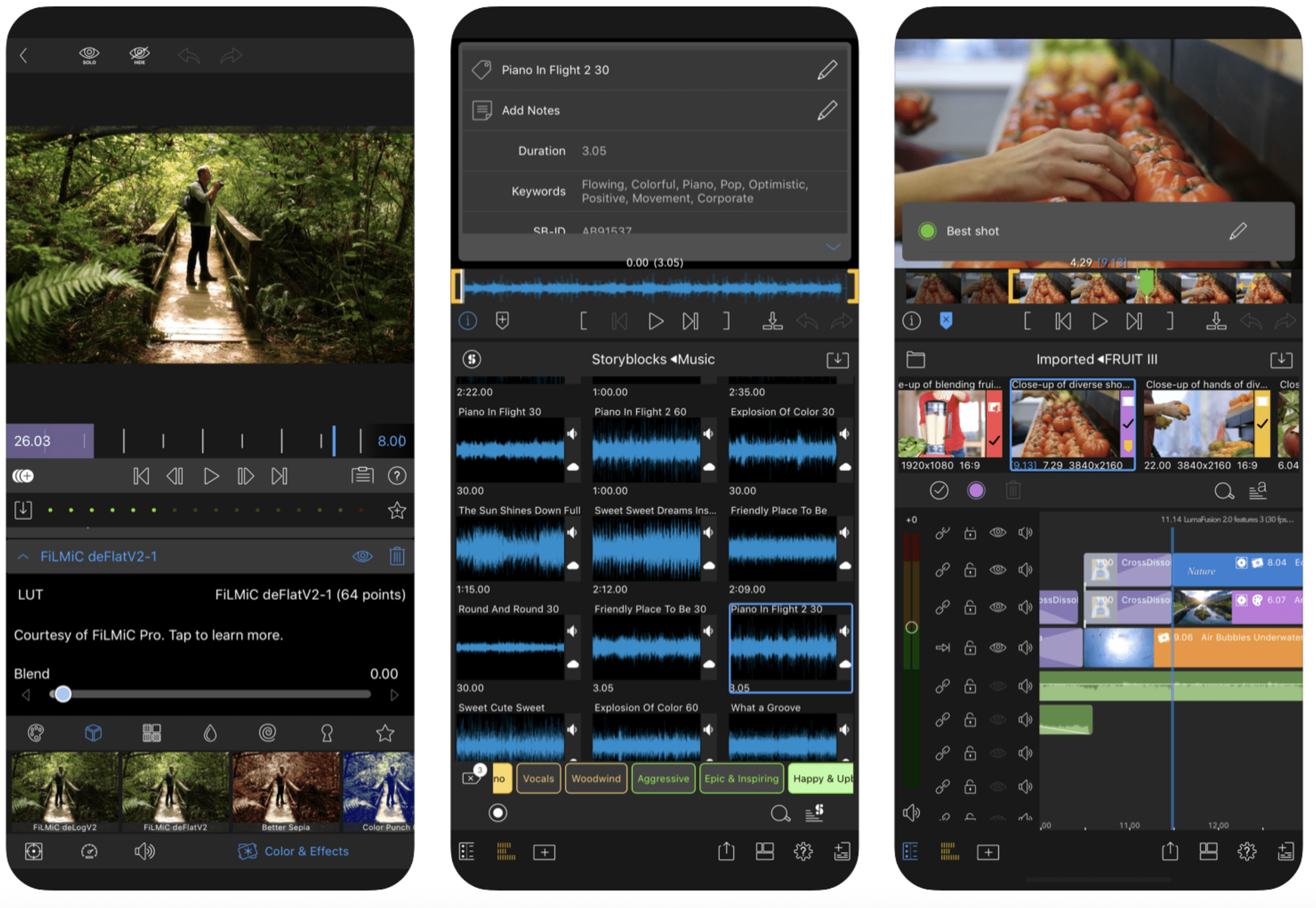 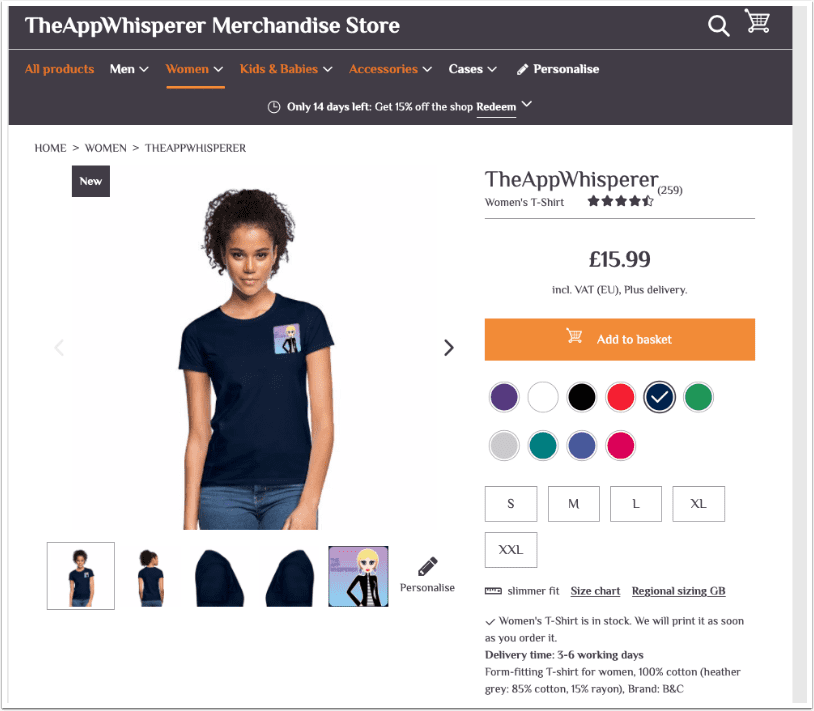 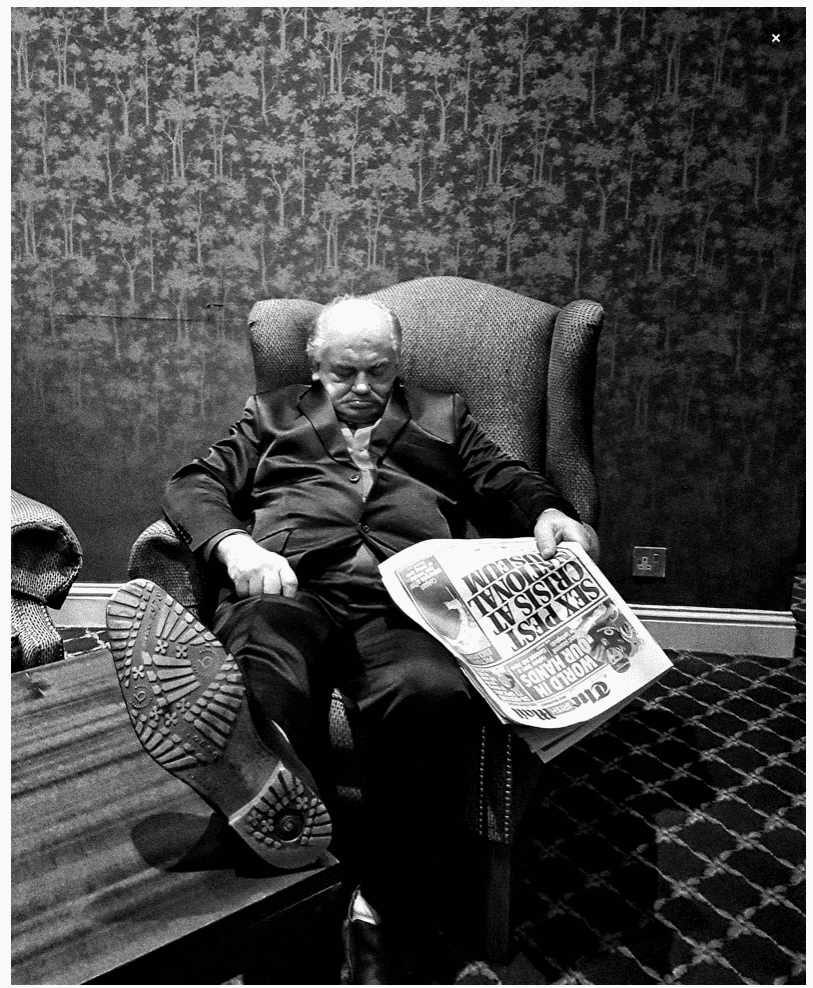