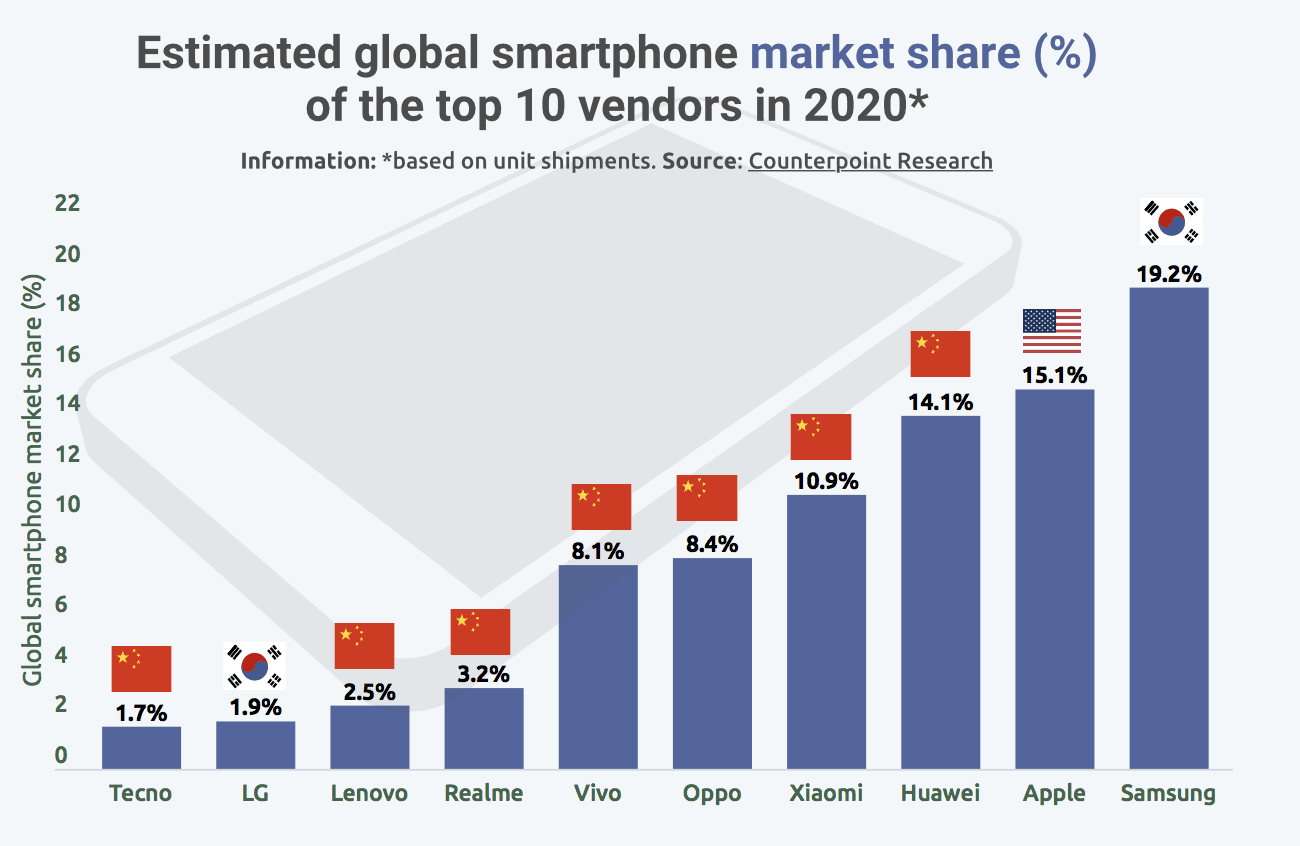 Chinese smartphone brands are dominating the global market backed by factors like competitive prices alongside a readily available market in the developing world.

Data acquired by Finbold indicates that China hosts about 70% of the top ten smartphone vendors globally as of 2020. Despite the Chinese dominance, South Korea’s Samsung has the largest market share at an estimated 19.2%. Apple is the only U.S. vendor on the list controlling a share of about 15.1% backed by its luxury products’ brand. Huawei ranks third with an estimated market share of 14.1%. Cumulatively, the top three vendors account for almost half of the global smartphone market at 48.4%.

Notably, South Korea’s second vendor on the list, LG, ranks ninth with a market share of 1.9%. The manufacturer has since announced an end to its smartphone manufacturing business amid stiff dominance by Samsung and Apple. 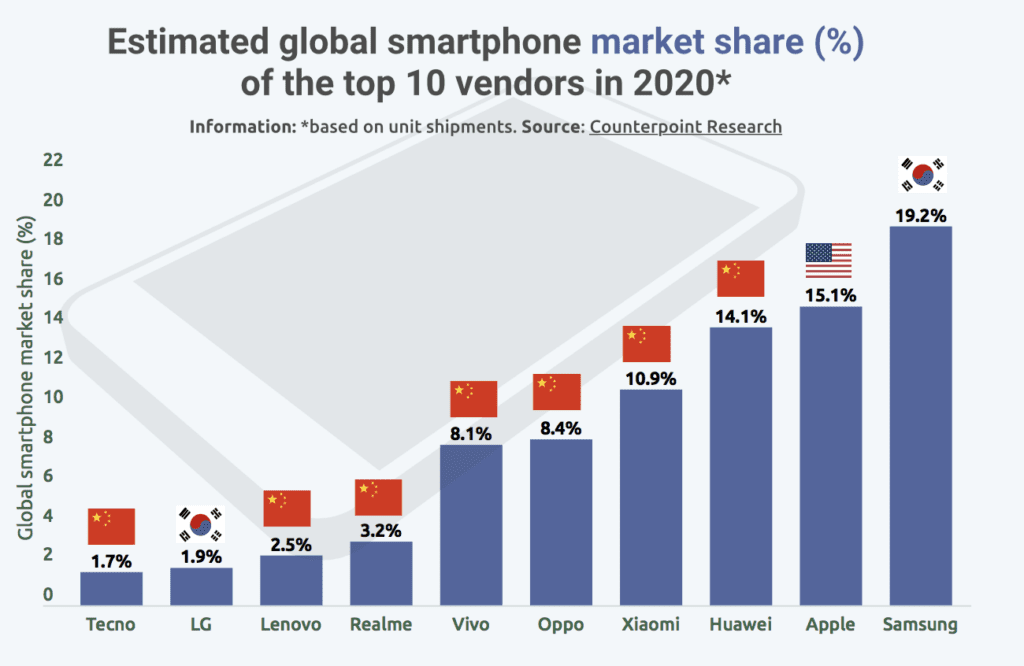 Why China has a grip on the global smartphone market share

China is known to harness engineering expertise while adopting an aggressive approach to sales and supply chain. Most Chinese manufacturers have a reputation for developing medium to high-end devices and offer many flagship products catering to a broad audience. Additionally, most Chinese products have a high-cost performance ratio in return, easily penetrating price-sensitive markets like India and Africa.

In general, Chinese manufacturers’ great advantage has been price. With low-priced competitors from China, manufacturers like Samsung have also resorted to offering smartphones across all price ranges.

The dominance also reflects China’s rising domestic competitiveness in the telecoms sector. Smartphone vendors operate in a crowded, fragmented, and fiercely competitive local market. Competitors usually seek to remain on top by undercutting each other with price and design.

Most Chinese manufacturers usually market their products through aggressive promotions, advanced designs, and features. Furthermore, they offer a wide range of models to entice both younger and affluent buyers. The model is replicated domestically and abroad.

On the other hand, China’s local competition has seen top vendors take the lead in exploring other technologies like expansion into the 5G portfolio. Our previous research indicates that Huawei leads in active 5G-ready deviceswith a share of 26.9% globally as of Q4 2020. Samsung follows at 25.1%, while Apple (NASDAQ: AAPL) accounts for a share of 19.5%. Huawei’s dominance is backed by China’s position as a 5G hub alongside an extensive domestic market. 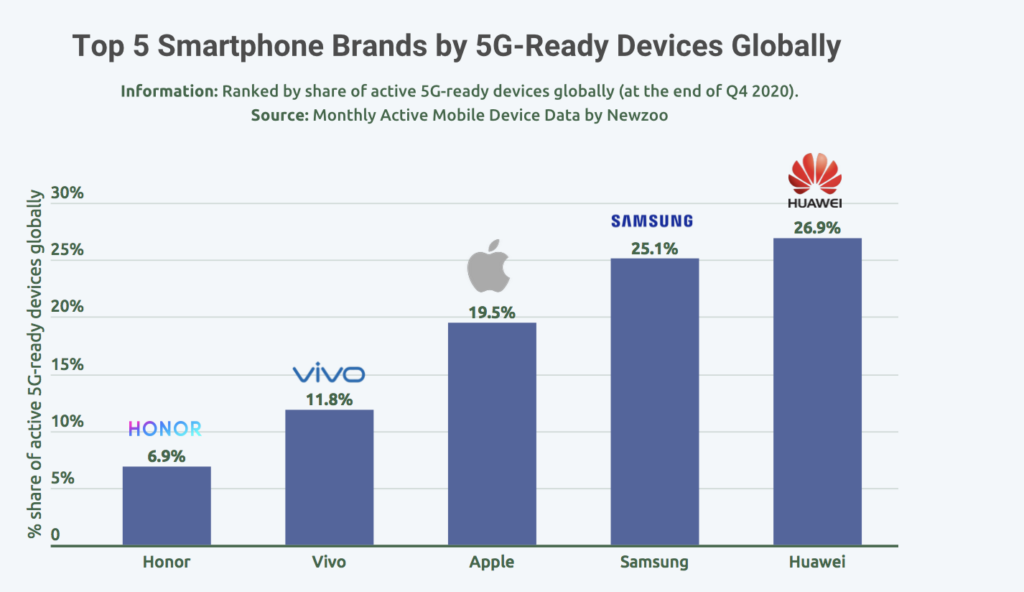 Worth mentioning is that manufacturers who take the lead in leveraging the 5G technology might flip the scale in terms of the smartphone vendors’ market share. Interestingly, while vendors like Huawei were already rolling out deliveries of 5G smartphones, competitors like Apple were still carrying out research and testing of the technology.

As other vendors release products targeting all consumers, Apple still ranks second by holding onto its luxury smartphone image. The U.S.-based firm boasts of a robust and loyal customer base, with China accounting for a significant share. Following the release of 5G-enabled iPhones, Apple stands a substantial chance of eating into the Samsung and Huawei market share.

It is essential to mention that the Chinese population offers a lucrative opportunity for foreign manufacturers who have been making attempts to enter and dominate the market. However, for vendors like Samsung and Apple, penetrating the Chinese market comes with a host of challenges. Most consumers in China tend to favor local brands alongside the Chinese-language software that integrates with domestic social networks. 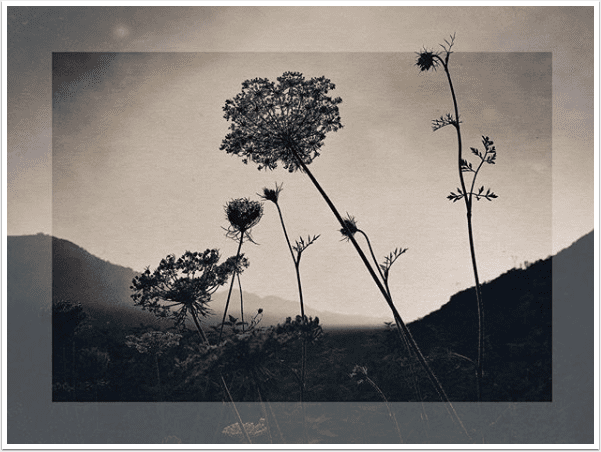 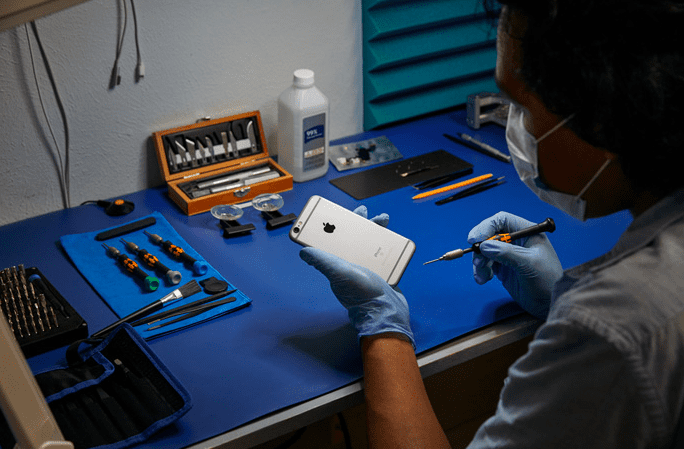 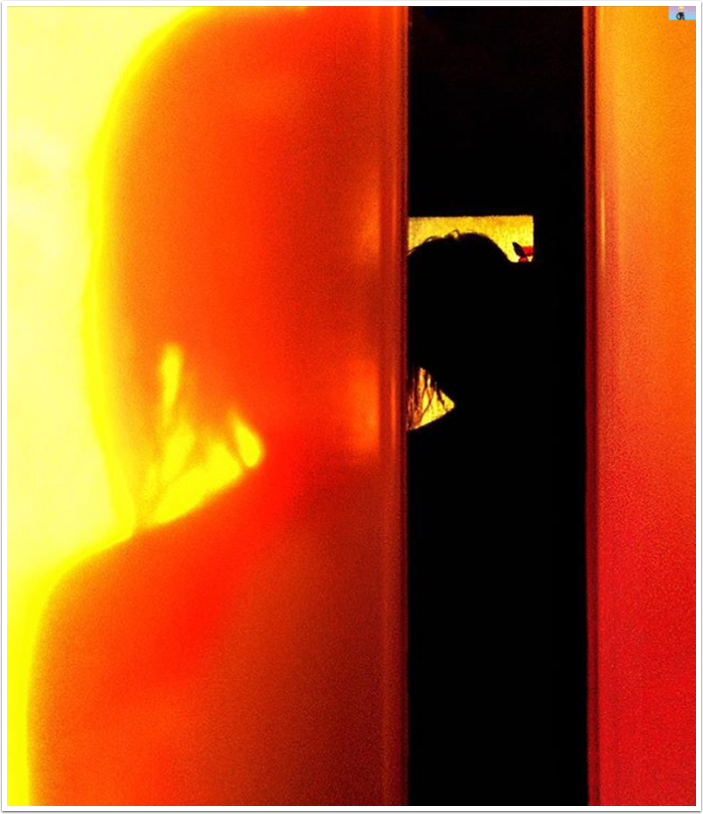