We’re delighted to be working closer with the Inspired Eye team as we continue to branch out and expand our reach with all things related to mobile photography. Inspired Eye is an incredible magazine and is heavily into in Street Photography but also covers other genres too. It offers a very full photographic experience. It is not ‘mobile’ per se and the following article is not directly related to ‘mobile’ but essentially photography is photography and we feel that this article is very relevant and helpful to us all.

We’ve been chatting to the author and co-founder of Inspired Eye today Olivier Duong and he has given us kind permission to republish in full his latest tutorial. It’s fascinating and one that will appeal not only to street photographers but photographers of all diversities. Olivier pits photography with painting, it’s a fascinating read and one that I am sure you will all enjoy. Take it away Olivier… (foreword by Joanne Carter).

What’s up with photography?

Photography and painting go a long way. In order to be accepted in a time where photography was considered less art, photographers tried to emulate paintings for example. And it’s the general consensus to learn classical art for the purposes of photography. But that’s not what I will talk about here, I’m going to talk about thinking like a painter in order to break free of reality.

What’s up with Painting?

Imagine with me a moment that you are staring at a blank canvas. I then ask you to go ahead and paint the theme of “Mystery” for me. Only your imagination is the limit. You have a near infinity of choices: Do you paint a spooky castle? Do you paint a dark figure? Do you paint a woman that’s has an enigmatic smile? What about if I asked you to paint me the afterlife? What would you paint? Angels? Something with pastel colors? Again the choices are limitless. The painter, not being limited by reality first looks inside of himself or herself, and then paints.

What’s up with photography?

Photography has the peculiar quality of recreating something similar to reality, so close in appearance is that representation that some think that it IS reality captured. There’s problems with this because reality is a 3D experience while photos are 2D. We are not going to get into that, but suffice to say, the camera’s LCD is close enough to reality that it’s a sort of creativity blocker. Many can’t get past what meets their eye. Whereas the painter looks first to their imagination, photographers tend to look at the image they get out of camera as the end result. Most people are content to just recreate what’s in front of their cameras. That’s where thinking like a painter comes in.

Painters are not limited to representing reality by nature, so they are free to let their imaginations roam. But photographers are limited by nature because what they have in front of their camera is what they need to work with….but it doesn’t mean that the image has to stop at the representation stage. When you click that shutter release, you’ve just made a representation of reality. But if you think like a painter, that representation of reality is nothing but your canvas to build upon. Here’s what I mean: 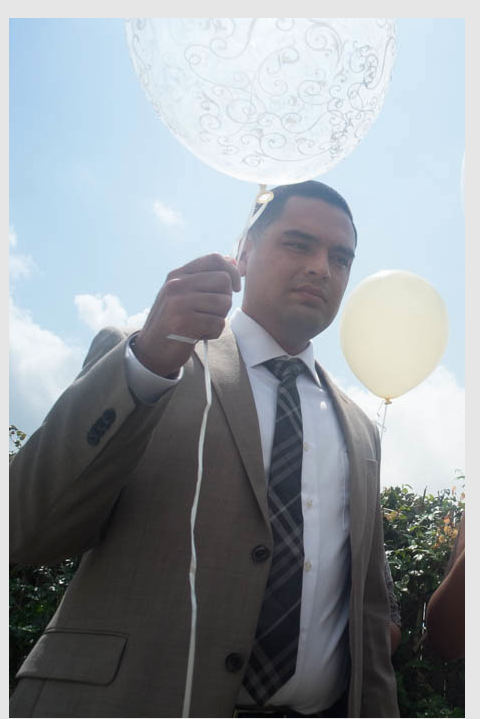 That my friends, is my shiny new brother in law. Ok maybe not shiny, he had a health hiccup earlier, but whatever, he just got married. His new boss, I mean his wife wanted to release balloons in the air. I wanted to protest the turtle killing that would ensue (balloons end up in the sea, lose color, turtle mistake them for jellyfish, eat them and perish), but I just smiled and wave. Anyways, the shot I got is above. That’s what my camera saw. This is what I personally saw: 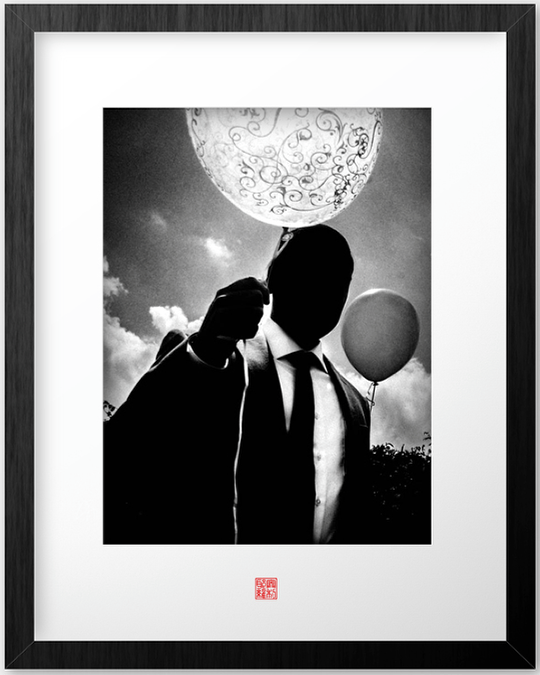 I used this preset and burned some areas. I could have been satisfied representing my brother in law with a balloon, or I could use this raw material to transform the whole scene into something much more mysterious. A shadow figure with a balloon. In the first image, (the representation of) reality is the end, in the second it’s only the starting point. 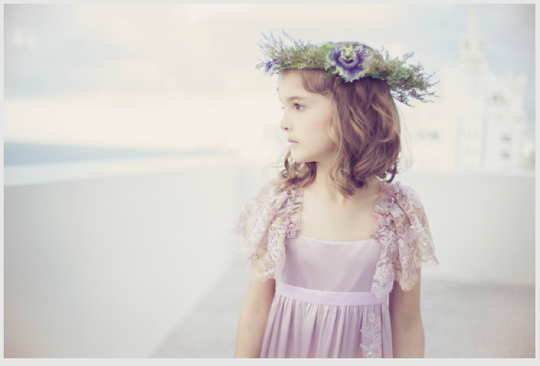 The reality of the shot is, I was outside a hotel rooftop, this is the bide-to-be’s daughter, that’s the shot I took. That’s the raw materials I had to work with. But the shot I made is about the afterlife. She’s an angel and behind her is the heavenly city. Let’s go back to the blank canvas question earlier and representing the afterlife. The painter could paint anything he wants, I can’t. My canvas is reality and I have to wait or seek the opportunity to present itself so that I can express that idea of the afterlife.

Here’s a last example for the road: 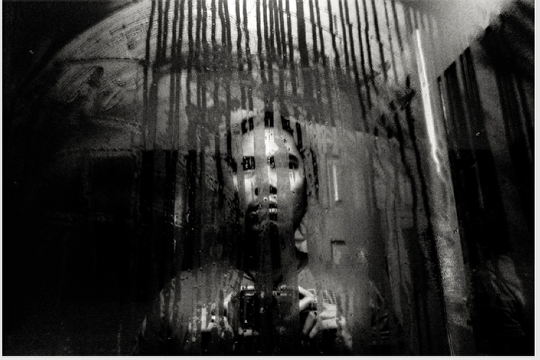 The reality is: A selfie in front of a steamy mirror, that’s the shot I took. The shot I made is me trapped (I was in a bad spot, I’m ok now ). Steam can be steam, or it can become prison bars. To think like a painter is to simply see beyond reality, beyond of what our camera outputs. We have the same access to everything, same gear, same places, same people, same locations, we can all capture the same things….the difference is what’s inside us, it’s the photographer that makes the difference.

Street Photography is the intersection of life. It’s like toys r us for photographers, but again, we all share the same streets. Let say you meet a hooded man, what do you see? If you let reality be the end all of photography, then it’s just a hooded man. Or if you let reality be your starting point, that hooded man can become the Grim Reaper himself. Here’s an image by Don Spinger, the “senile” editor in chief of Inspired Eye: 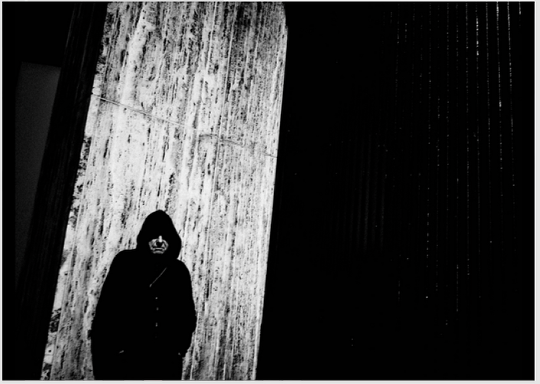 As he explains the back-story he saw the Grim Reaper in a corner. The reality is of course, it was just a dude in a corner minding his own business. Here’s another example from him: 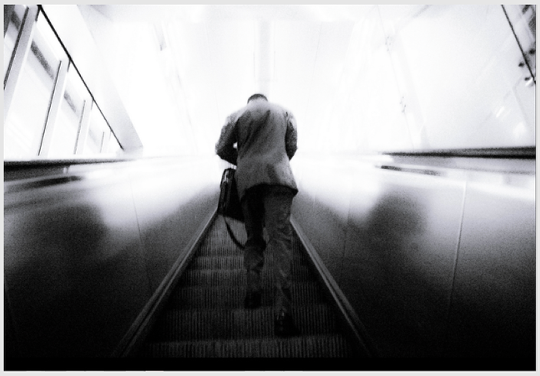 Are escalators devices to transport people….or is it a pathway to the afterlife? The image above looks like one of these people moving on, going to heaven, the reality is of course, just a guy going up a regular escalator. To think like a painter is to go beyond what meets the eye.

At the end of the day, it’s not about capturing reality, it’s capturing what’s beyond it. Doesn’t have to be afterlife, it can be anything your creativity dreams up. Photography is like a plain box or a piece of wood. To an adult, a box is a box and a piece of wood is a piece of wood, but to a child…..a box is a sailing ship and the wood a pirate sword. Or maybe the box is a race car? The wood is a flying space board?

Go beyond what meets the eye, think like a painter, use the world as your canvas, use it as a platform for your imagination. Be yourself, stay focused and keep on shooting.

I'm the designer, editor and co-founder of Inspired Eye :) 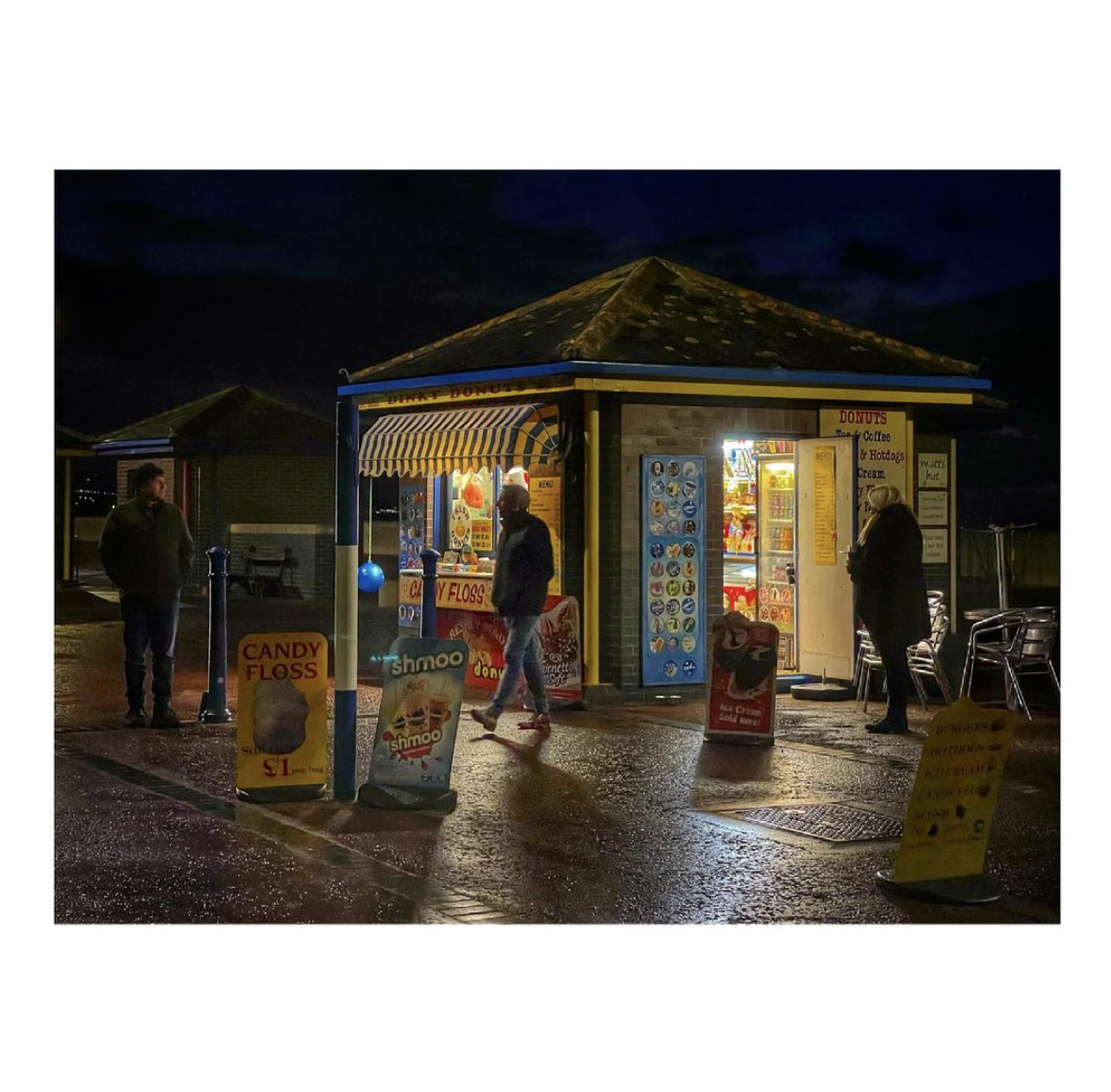 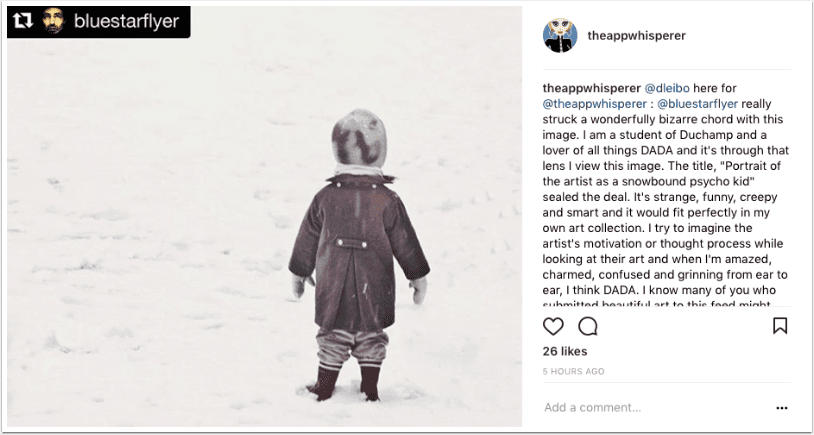 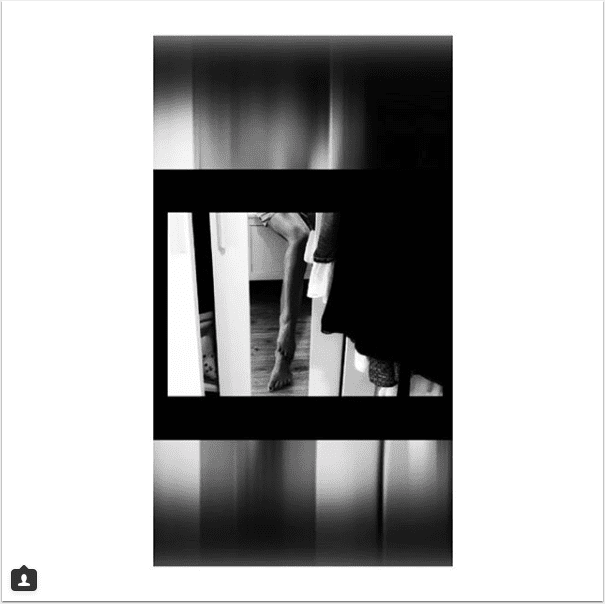