Tate Britain will be staging an extensive retrospective of David Hockney’s works. The show will cover six decades of Hockney’s work. Opening in London in 2017 before travelling to the Centre Pompidou in Paris and the Metropolitan Museum of Art in New York. This is one show not to be missed.

Celebrating his 80th birthday, next year, Hockney is very much involved with the Tate’s show. The show will feature his very early work from 1960, through to work he has created during the 2000’s.

Hockney poses in front of Mr and Mrs Clark and Percy at the National Portrait Gallery in London. It was painted between 1970-71. Photograph: Dylan Martinez/Reuters 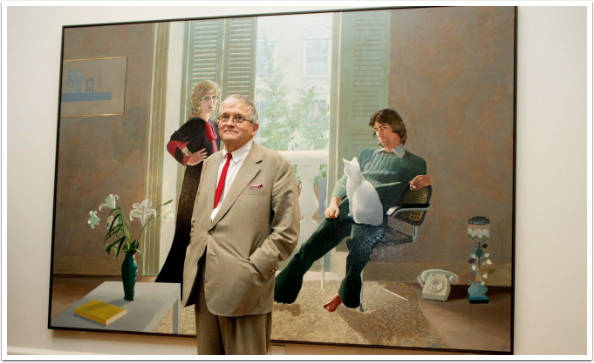