The long awaited sequel to Halftone, named by Apple as one of the best Photo apps of 2011, a Starbucks Pick of the Week in 2012, a 4½-star app, with over 2 million downloads!

Halftone 2 re-imagines what it means to turn your photos into professionally-themed comic book pages on a touch device. Its extensive feature set is based on direct feedback from our most passionate Halftone users. Quickly and easily create stories that put words in your friends’ mouths and thoughts in their heads. Add some WHAMS, BAMS, and POWS, and share your creations with the world. Halftone 2 is free to try, and you can add more graphics, fonts, and tools from the in-app store.

Halftone 2 was built from the ground up to take full advantage of touch, and working with your photos has never been more natural. The radial menu makes it easy to customize all of your elements, and you can explore worry-free, knowing that undo and redo is a quick tap away.
The graphics engine in Halftone 2 is based on mathematical vectors, so all of your elements look crisp and clean at any size. Best of all, Halftone 2 "hand draws" its captions and balloons, so no two ever look exactly alike.

Halftone 2 runs on iPad 2 or later. 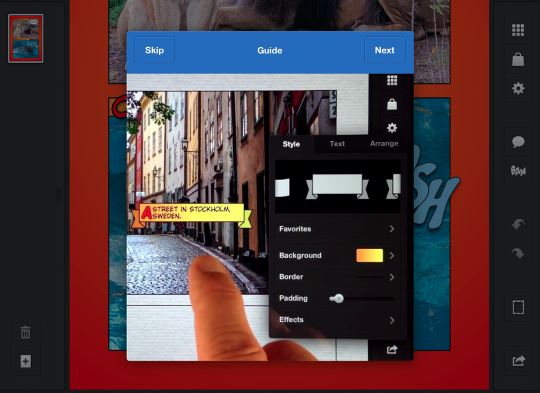 Ever since the first version of Halftone was released on February 22, 2011, users have asked for the ability to work with multiple photos (the first version of Halftone is limited to a single photo). The developers discovered that this feature was extremely useful as its own standalone app, and that resulted in the release of Layout. The used what they had learned with Layout to create a brand new codebase for Halftone 2 that adds support for multiple photos, multiple pages, and multiple projects. 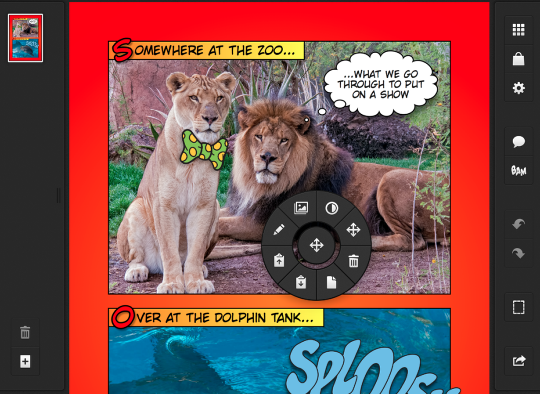 Halftone 2 includes a lot of new technology to support its vector-based, high-quality output. An advanced SVG parser and renderer was created from scratch, and a custom file format was developed to support in-app purchase downloads of additional vector content. All stamps in Halftone 2 begin life as Adobe Illustrator files that are exported to SVG and run through the custom parser/render for final output. This ensures that Halftone 2 stamps look fantastic at any size. 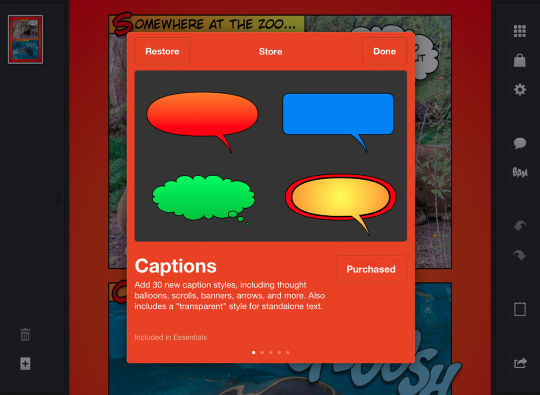 Many of the captions and balloons in Halftone 2 include random elements, so that no two look exactly alike. This lends a more “hand drawn” and professional look to each element. This also means that captions and balloons in Halftone 2 can be resized freely, and because they’re not simply scaled, they’ll look as-if they’ve been drawn at the appropriate size. To see an example of this, create a “thought” balloon and watch how Halftone 2 regenerates the cloudy/puffy outline as it’s resized.

Halftone 2 introduces an updated version of the custom “radial menu” that was developed for their Layout app. The radial menu in Halftone 2 adds optional help text, and it has a brand new visual design. User feedback and testing has confirmed a very strong preference for the radial configuration for context-aware menu options. The travel distance between the touch that invokes the menu and the selection of a menu item is equal for all items. Also, the center button repeats the prior selection, so a simple double-tap can be used when performing the same step in repetition (for example, loading photos into panels). For a quick walk-through of earlier concepts, watch the short video above. 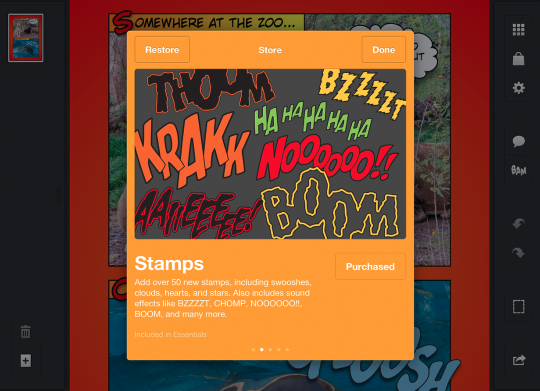 There are many features built into Halftone 2 that are dormant and unavailable in its first release. Most of these features were developed and refined during the testing phase, but they didn’t meet the developers quality bar, so they’ve been turned off. Users can expect to see these features become available in future versions of the app. 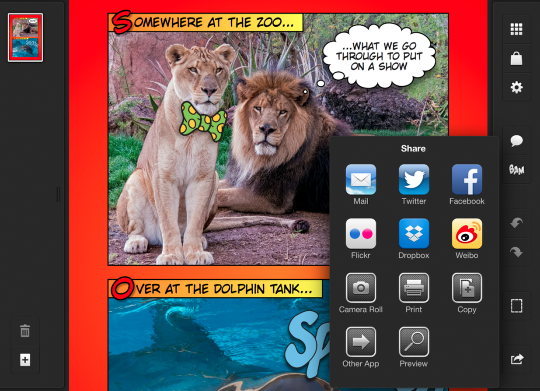 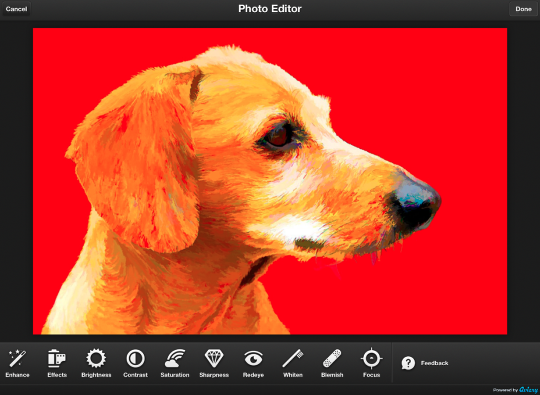 Because the initial release of Halftone 2 is limited to iPad, the Halftone app will remain available in the App Store for the foreseeable future. When Halftone 2 eventually supports iPhone and iPod touch the developers express that they will listen to customer feedback and re-evaluate this situation. They also suspect that some users may prefer the simplicity of the single-photo approach in Halftone.