We have featured the iOS version of Repix many times and it’s a favourite of many mobile photographers as you can see here. The developers have just announced the launch of the Android version which is now available to download for free from Google Play.

“Since launching on iOS, the last few months have been a bit of a whirlwind,” said Ilkka Teppo, CEO of Sumoing. “It’s been great to see how the app and the Repix brushes has been received by so many people around the world and the feedback they’ve given us has been fantastic. We’ve been working hard on getting Android version ready after receiving lots of requests for it and we can’t wait for users to get their hands on it.”

The Android version comes with the same stunning feature set built in a beautiful Android user experience. With Repix, people are able to turn their ordinary photos into pieces of art that are visually stunning using the app’s one-of-a-kind brushes, frames, filters and editing tools.

The key features of Repix includes: 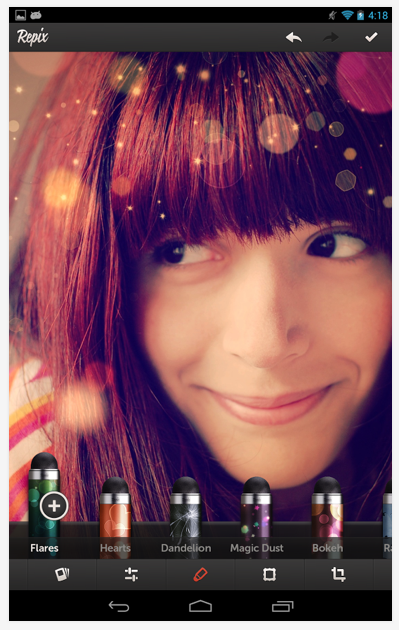