The latest version of the hugely popular app Pocket God has just launched in the iTunes app store. What kind of god would you be? Benevolent or vengeful? Play Pocket God and discover the answer within yourself. On a remote island, you are the all-powerful god that rules over the primitive islanders. You can bring new life, and then take it away just as quickly. Exercise your powers on the islanders. Lift them in the air, alter gravity, hit them with lightning…you’re the island god! All god powers are demonstrated in Pocket God’s help menu.

Pocket God is an episodic microgame for you to explore, show your friends and have fun with. The developers have been growing the game with the help of player suggestions! What sort of godly powers would you like to see added?

Check out What’s New in Episode 44: The Perfect Swarm below…

This is a free update, if you have previously purchased this app, if not you can download it here. It retails for $0.99/£0.69/download. 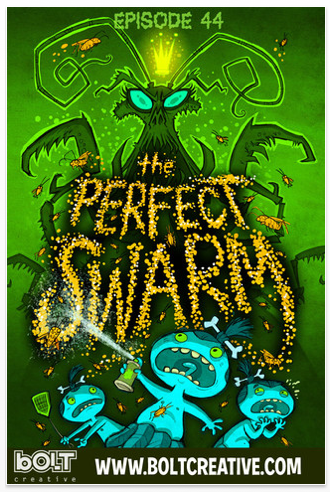 The countdown to doom gets a whole lot grosser with this installment! The blocked door in the temple’s Chamber of Time has been opened, leading to the frightening Locust Room. Inside is an enormously disgusting Locust Queen who can birth a swarm of locusts, as long as she is given sustenance–and you can guess what her favorite food is!

Once the swarm is created, experiment to see what they can do. For instance, they can harass Pygmies, toss ‘em around, slice ’em up “Fruit Ninja” style, or even turn pygmies into mutant locusts themselves. Weird!!

Find all the locust interactions to earn the Locust God idol for Battle of the Gods. This idol was designed by our buddy Aaron Blecha of Monstersquid.com along with the awesome poster.

This is our second installment involving the temple on Apocalypse Island. The END (of what?!) is coming! 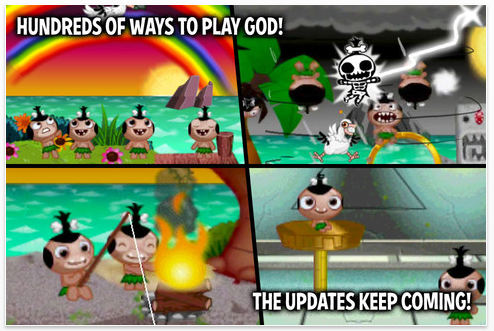 Speaking of guest artists, we are trying something new by having our favorite designers create skin packs. Josh Ellingson (JoshEllingson.com) created a very cool, if somewhat nerdy, Mondo Pack to decorate your islands! He taps into nerd culture (with a retro flair), including toys, monsters and sci-fi. The meteor becomes a 12-sided die, and the outhouse transforms into Dr. Who’s police box! And there’s a sock monkey in there to boot!

In order to acquire god Idols, you must take the Challenge of the Gods! While the objective of Pocket God is to explore, experiment and have fun, we now offer a whole new way to discover your god powers. On the start screen, tap "View Challenges" and you will see a menu of icons for the last 44 episodes. Tap an icon and you will be challenged to find all the godly powers bestowed upon you for that episode.

Still haven’t had enough Pygmy? Be sure to check out Pocket God: Journey To Uranus, which is now UNIVERSAL and works on iPhone, iPod and iPad! Along with the space age version of Pocket God powers, it has an array of fully realized games. Kill zombies in Decapithon, race aliens in HoverJump, and battle dragons on Uranus. At only 99¢, that gives you a lot for your money!

Coming soon to Pocket God, the comic app: the Pygmies finally find the female Pygmies’ home and can see about fixing their magic gem of life in the new story arc "Gem-Cell Research!" 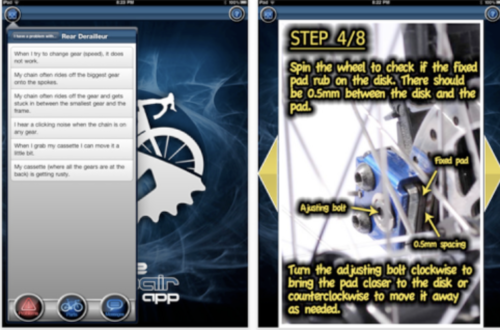 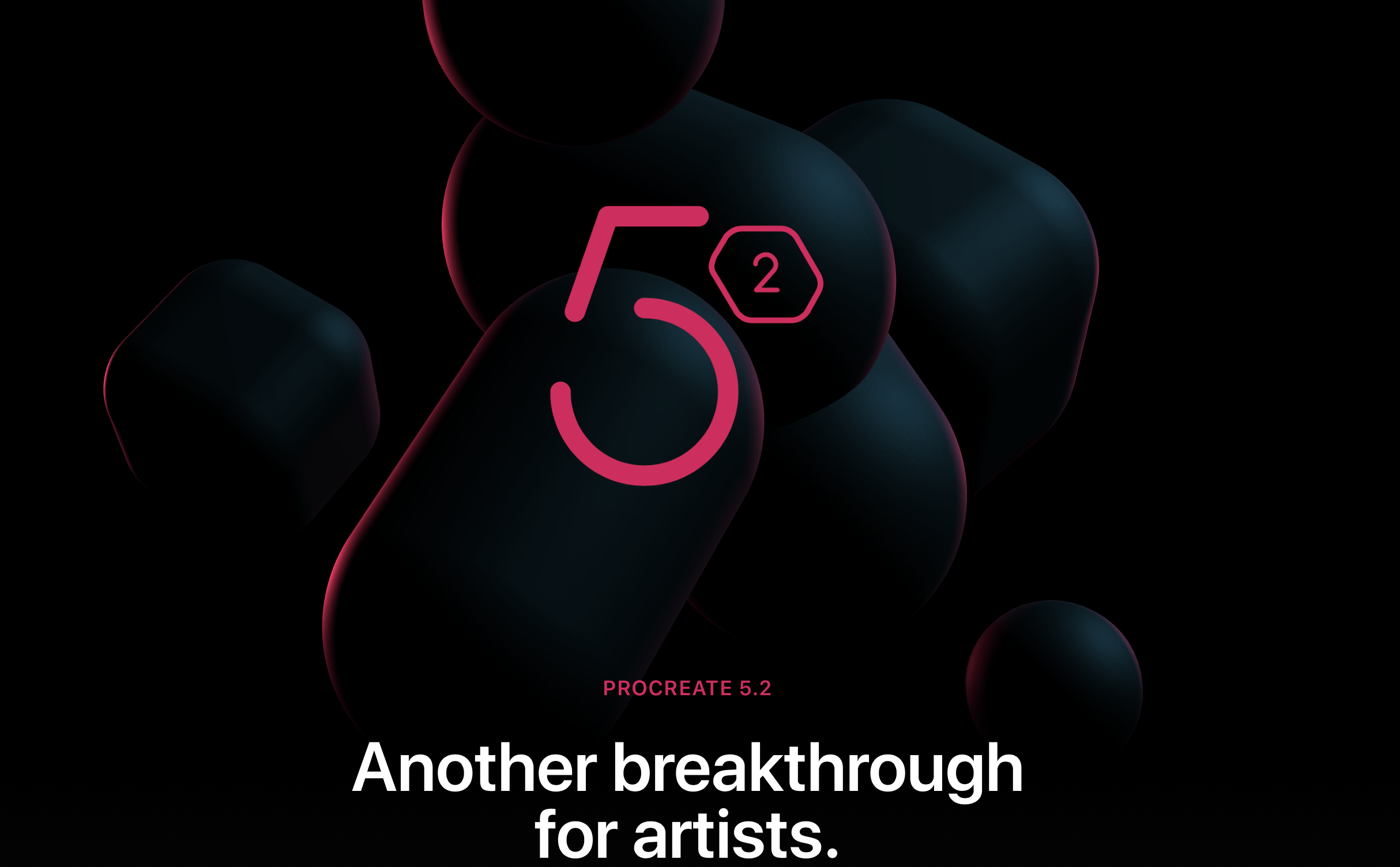