We’re are delighted to publish our second article to our brand new section to TheAppWhisperer.com today, entitled, ‘Building Mobile Bridges with Instagram‘. Within this section we profile specific mobile photographers that have caught our eye, demonstrating their talent via their Instagram feed.  We view so many talented feeds everyday and we wanted to make sure we highlighted these photographers to help them raise their profiles.  Previously we looked at street photographer Hannibal Renberg, if you missed that, please go here.

Today, we are taking a look at Michael Christopher Brown.  Michael was raised in the Skagit Valley, a farming community in Washington State. Often using a camera phone as a primary recording device, his current work documents conflict in the Democratic Republic of Congo. In Sakhalin (2008), he captured the remote Russian island, while Broadway (2009) focused on New Yorkers amidst the financial crisis. He also put together a series of works from road and train trips throughout China (2009/2010) and, as a contributing photographer at National Geographic Magazine, published several adventure stories with the publication. In 2011, he documented the Libyan revolution using a camera phone, exploring ethical distance and the iconography of warfare. The subject of the 2012 HBO documentary Witness: Libya, his photographs from Libya were shown at the Massachusetts Institute of Technology, the Instituto Cervantes (New York), The Museum of Fine Arts (Houston), the Annenberg Space for Photography and the Brooklyn Museum. These images will also appear in his forthcoming book Libyan Sugar, to be published in 2014 by Twin Palms Publishers. He is represented by Magnum Photos.

Take a look at the video below: 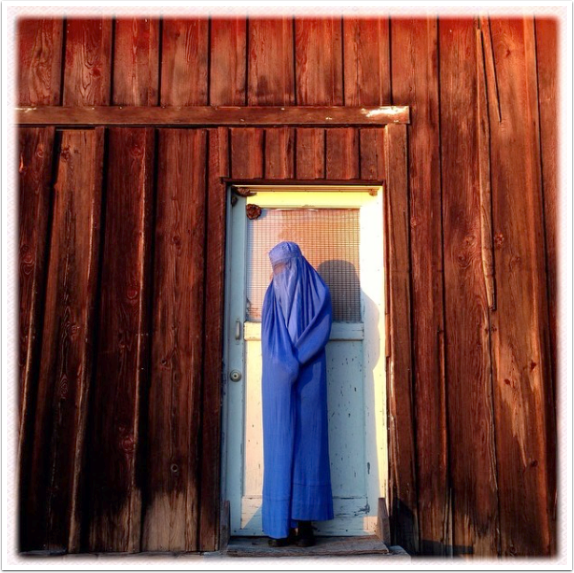 “Honeycomb on the door and window frame” ©Michael Christopher Brown