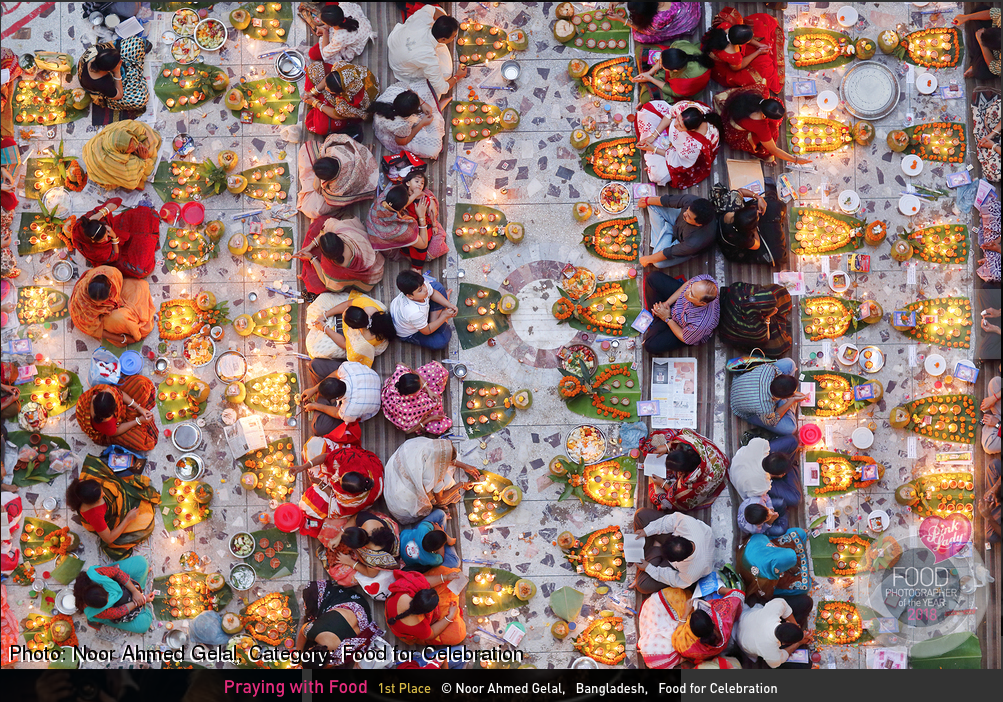 “The most prestigious Awards in the Industry”, expressed The Independent and we are inclined to agree! Celebrating the very best in food photography and film from around the world the 2019 competition has just opened from now to 10th February 2019.

Open to professional and non-professional, old and young, the Awards celebrate the very best in food photography and film from around the world. The Finalists are invited to a magnificent Champagne Taittinger reception at the world-renowned Mall Galleries, London followed by a five-day public exhibition.

The prize pool is worth more than £20,000 and Finalists benefit from huge amounts of coverage.

The categories cover the full cultural range of the depiction of food in society – there is something for everyone. From styled food for magazines to images of families eating together in celebration of religious festivals, from depictions of the realities of food production to food growing in its natural setting.  Since 2011, almost 50,000 images have been submitted from over 60 countries.

Pink Lady® Food Photographer of the Year was founded by Caroline Kenyon and her team at The Food Awards Company, a Luke Johnson-backed venture.

The idea for the Awards arose from two decades of experience commissioning photography and the wish to see this wonderful and vibrant sector of photography given the recognition it deserves.

To enter and to find out more, please go here.

This is fabulous and is exactly why we promote mobile movies within our dedicated Column on TheAppWhisperer, edited by Donna Donato.

The Sundance Film Festival is known for showcasing more experimental films, but none more so than transgender prostitute movie Tangerine, shot almost entirely with the iPhone 5S.

Sean Baker’s comedy drama follows a trans woman on a Christmas Eve hunt for the Hollywood pimp who left her heartbroken. But while the film itself is surprising and fascinating, so are the means with which it was made.

Although many amateur films have used iPhone cameras, Tangerine is believed to be the first Sundance movie shot in full with an Apple product.

Baker decided to use iPhones to keep the indie film’s budget down and, by his reports, filming was “surprisingly easy”.

Actor James Ransone, who plays pimp Chester, was hesitant at first “out of pride”. “I’m like, Jesus Christ, man, I was on The Wire. I’ve ended up in in iPhone movies!” he told The Verge.

“Yes you can make a beautiful-looking film on a shoestring budget but you have to know 100 years worth of filmmaking.”

The crew used the Filmic Pro app to make Tangerine. A Steadicam help stabilise the phones and limit shaking, while anamorphic adapter lenses were attached to the cameras for a “cinematic” look.