It is hard to believe just how many app updates Apple approve every single day. Today is no exception, just take a look at these photo app updates that have been approved and are now ready for downloading… 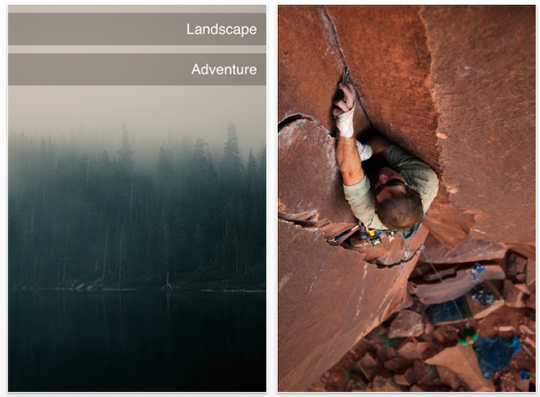 With Pocket Portfolio loaded on your iPhone or iPod Touch, you’ll never have to be without your portfolio again. Simply download the app, create a few galleries, and select images from your device to get started. If you need to quickly get images on to your device, our built-in web server will allow you to transfer images from a computer on the same WiFi network. 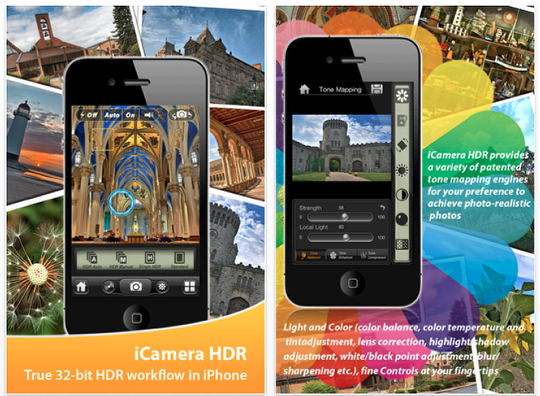 iCamera HDR is the first app in the App Store to include the most advanced capture modes, full 32-bit HDR processing workflow, a range of digital photography post processing functions and awesome photo effects all in one app. This is also the easiest app to produce the results you, your friends and family will love. It works with photos taken by your Iphone, as well as those already in your Camera Roll from other sources. 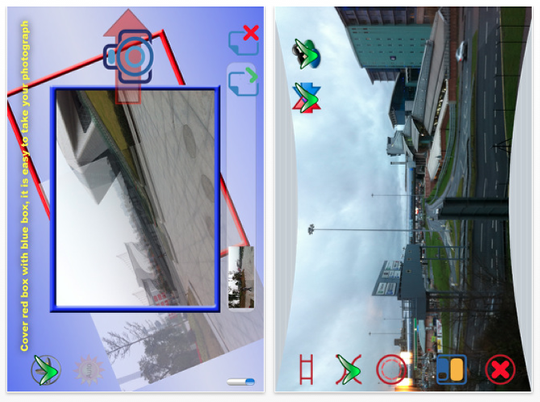 Pano Camera 360 can automatically capture and combine a high-speed burst of full-resolution images.Just click the shutter button and sweep the camera from left to right across your scene. Click done button at the end and wait for the app process all frames. Frames are then stitched together automatically inside the camera: the whole process takes just 10-60 seconds. 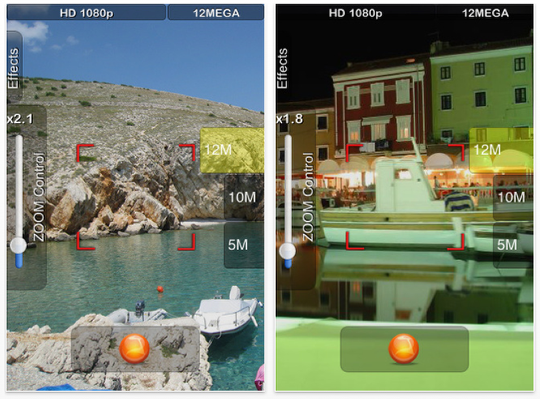 Take the picture in High definition and save it to your photo album.
HDI filtering allows you to save image in maximum quality available for the iphone. 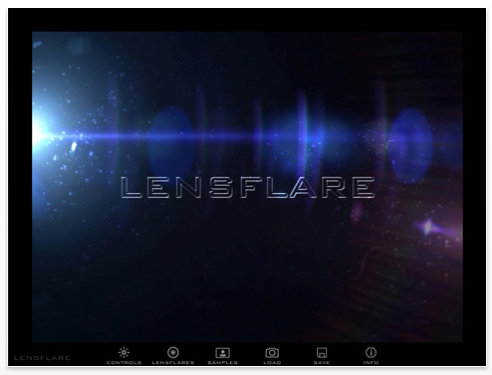 Flares can enhance any photo – from portraits, action shots, artistic imagery to design elements like logos. They add a whole new layer to your photos – an interplay of light and imagery. Easily add and position them on your photos for a great visual effect. 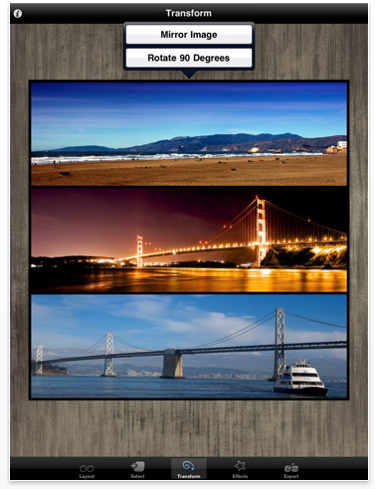 Diptic lets you quickly and easily combine multiple photos to create a new image. Use Diptic to create a before-and-after sequence, produce a photographic series, or juxtapose contrasting images. 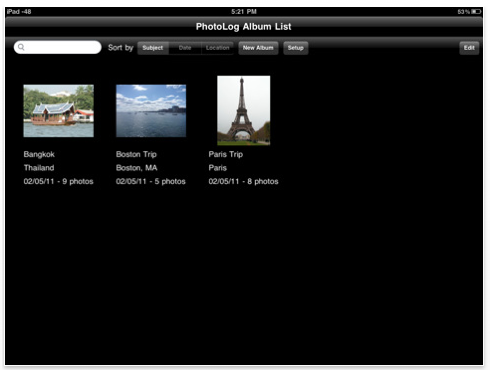 PhotoLog allows you to quickly snap a photo or import it, label it, add notes and email or upload it to your favorite social networks and Internet sharing services. 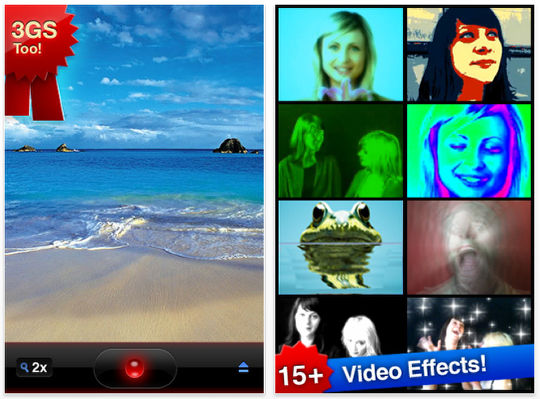 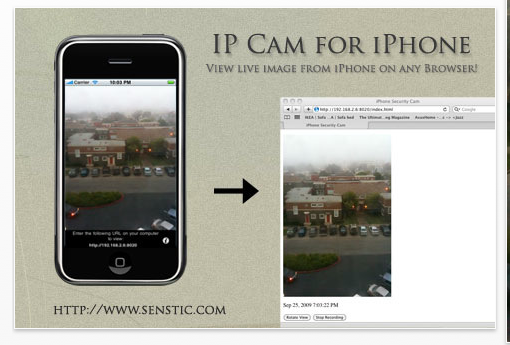 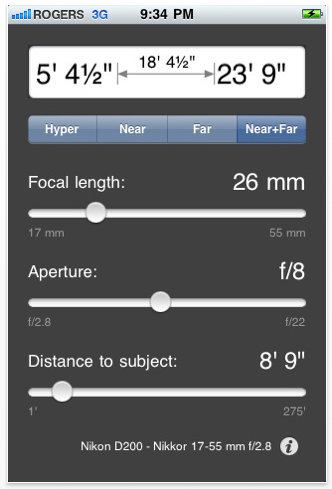 Field Tools is an efficient, easy to use depth of field calculator for photographers working in the field. Using just a few touches, you can quickly calculate hyperfocal, near focus and far focus distances, all from a single screen.

What’s new
– Focal length and subject distance sliders track at slower rates if the touch is above or below the slider, similar to the iPod app. This allows much more precise control over settings.
– Additional circle of confusion presets. 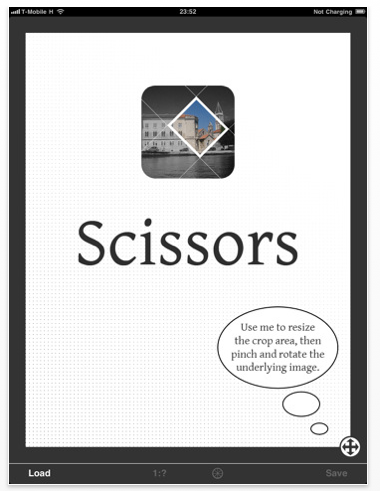 Scissors is a fun to use multi-touch image crop tool. Unlike most applications, Scissors does not restrict your freedom in any way – move, scale and rotate your photos to make the ideal crop. 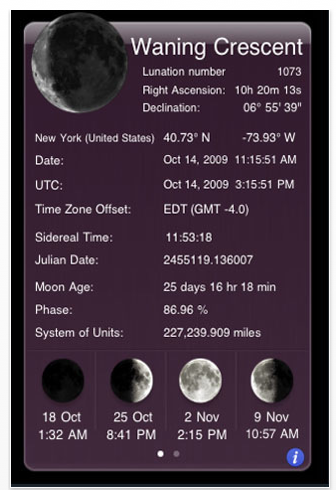 iEphemeris is an astronomical program for iPhone or iPod Touch.

iEpemeris displays moon phases, the visible surface of the moon, the distance between earth and moon, the Julian Date, the Sidereal Time, the Right Ascension and the Declination of the Moon. 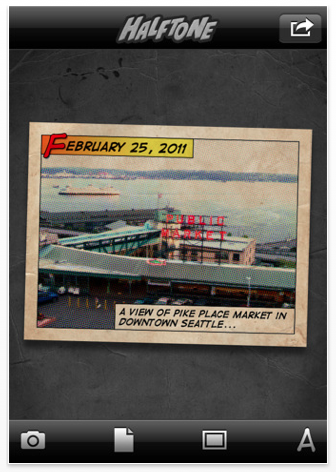 Halftone adds an aged halftone-style printing effect to photos to give them a unique, vintage look. With nine paper styles, nine built-in layouts, two caption styles, and the ability to choose a font (including an embedded font called Digital Strip), photos can be customized, then saved to the photo album, sent via e-mail, and shared with friends on Facebook. 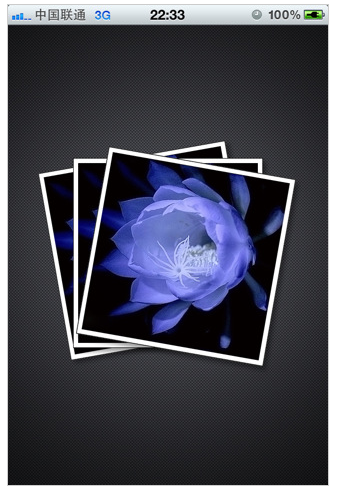 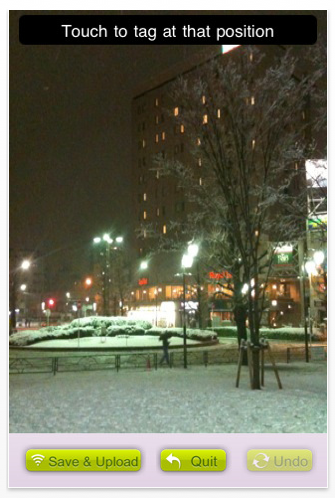 OhMyPic Photo Tagger is an iPhone app that let you quickly attach tags (text labels, watermarks) anywhere on your photos.

With a touch on the screen, you can attach the names of your friends (on Facebook or Twitter), any texts or messages to the photo before sharing it.

What’s new
– Handle photos in various sizes, including photos taken in landscape mode.
– Users now change font sizes of the tag texts (and the balloon sizes will change accordingly).
– Easier interface for searching friend names.
– User can also post to Flickr and Tumblr, or send the photos via e-mail. 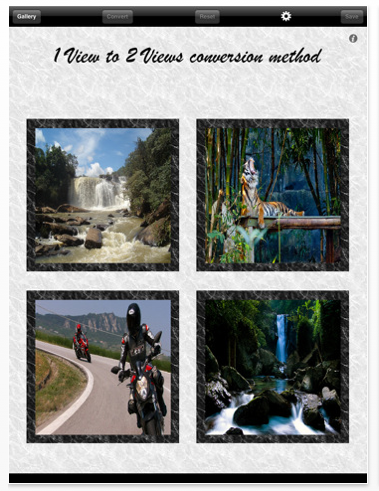 This app allows you to create StereoScopic photo album based on true physics principle. 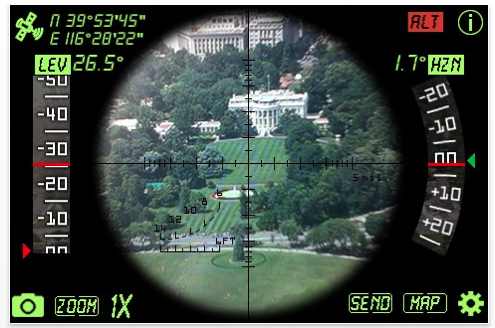 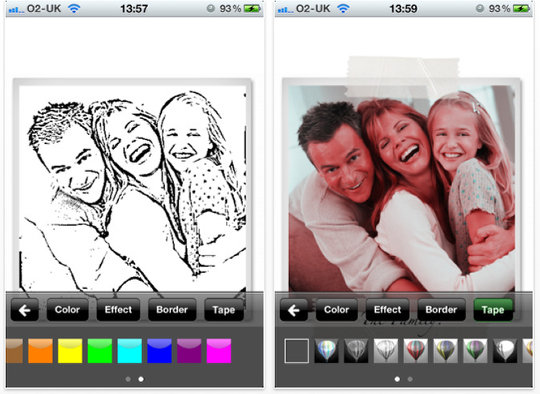 SnapMe Pro is an application that allows users re-formatting photos by adding multiple colour filters, effects and borders, add captions to your photos and then save them or share the photos via Facebook or email.

What’s new
– This update adds the ability to select any font supported by your device for the caption text.

– In order to change the font tap the preferences button scroll down to “Select Font”, once the row is tapped a new popup will appear allowing you to browse through the supported fonts.