CollabraCam streams video from up to four iOS cameras over local Wi-Fi to a fifth device for the director to view and edit a video in real-time, all while allowing the director to silently communicate camera moves or angles to any camera operators to get the perfect shots. When the director calls it a wrap, all of the clips are transferred to the director’s device and assembled into the final movie with automatically generated credits.

The 1.5 update is free for current users and CollabraCam is currently $1.99 USD (or equivalent amount in other currencies) and also participates in the iTunes Educational Institution Discount program. You can download it here.

CollabraCam provides a quick, easy and fun way to shoot and simultaneously edit video from multiple cameras on-the-fly with friends, family or colleagues using iPhones, iPod touches and iPad 2. CollabraCam links iOS devices running the app over local Wi-Fi to create a simple yet powerful video switching control room. As the director, a user can view, record and edit from up to four live-streaming iOS cameras in real-time while also having the ability to silently cue the operators of standby or recording cameras to perform pan, track, dolly or tilt camera moves or request a high or low angle.

CollabraCam is defining the future of collaborative mobile video production by enabling groups to collectively capture an edited video live. Imagine a crew at the little league championship game … bottom of the ninth, all tied up with two outs and a runner at second. Camera operators at first, third and behind home plate with the fourth roaming the crowd while the director monitors and records from the stands on an iPad. The director records Camera 3 behind home plate as the batter hits a fly ball that drops into left field, switches to Camera 1 as the batter takes first, then cues Camera 2 to pan right before switching to it as the runner from second rounds third and the outfielder guns it for home, then switches back to Camera 3 as the runner leaps over the catcher to score the winning run, and switches to Camera 4 as the crowd goes wild! 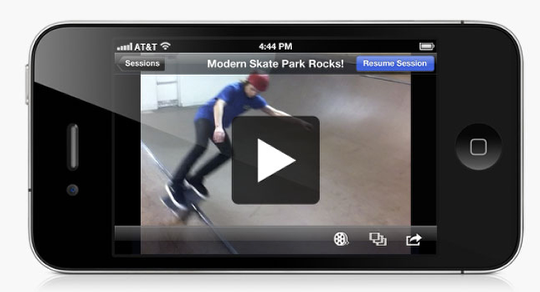 CollabraCam is for real-life collaborative storytelling and makes video production a social experience. CollabraCam is the must-have app for collectively capturing sporting events,  discovering the next viral YouTube star, hitting the citizen journalistic beat, producing a talk show for film and video class – and for just having fun with friends … the possibilities are endless. 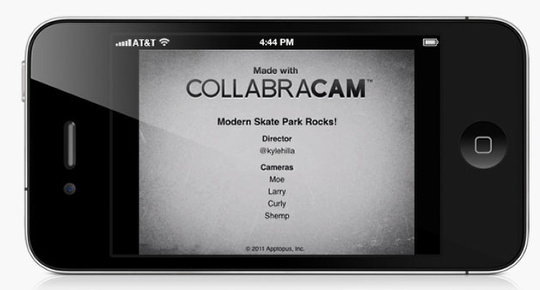 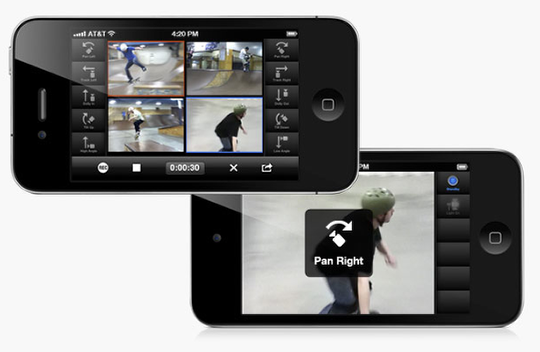 * Direct a multicam video on any iOS device over local Wi-Fi
* Connect with up to four iPhone, iPod touch 4G or iPad 2 cameras
* Add a title to the credits with optional copyright notice
* View, record and edit streaming video on-the-fly, in real-time
* Record from one camera and queue another camera on standby
* Send camera move or angle cues to camera operators
* Credits are automatically generated when a session is saved
* Resume a saved session with the same crew or a different one
* Export an assembled movies at 640×480, 480×320 or 192×144
* Export video clips to the Camera Roll to edit in a video editing app
* Save video clips via File Sharing in iTunes to edit on a computer 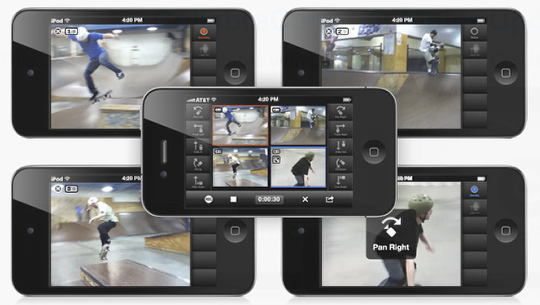