Of course, we are now all aware of the launch of Apple’s new iPad Mini. We wanted to find out from key mobile photographer app developers their thoughts on it and whether they feel it will be benefit to mobile photographers in respect of their apps.

Read this exclusive article below with Mike Hardaker.. 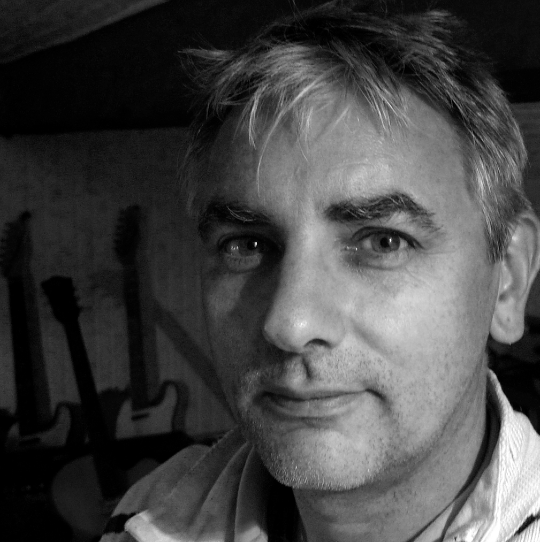 ‘I’m really excited by the new iPad mini. I think it’s going to have a significant impact in a number of areas that I regard as really important.

Much of the reaction to Apple’s announcement of iPad mini has been, at best, subdued. And in many ways, that’s understandable. Because, yes, it does cost a lot more than the likes of the Kindle Fire HD and the Google Nexus 7 while having some headline technical specs that seem less impressive (a lower-resolution screen, for a start). And yes, it does seem like a direct response to those very devices—Apple responding to competitive pressure rather than defining a new market—which makes those apparent shortcomings seem more striking, and this to be one of the less exciting Apple launches of recent years.

But I don’t see it in those terms—or, rather, I don’t regard that stuff as being particularly important. 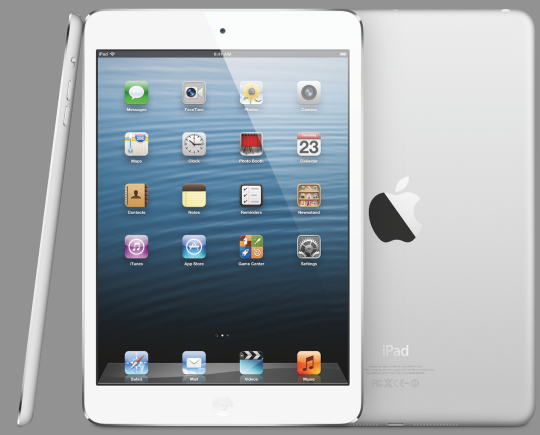 Firstly, there are two key aspects of iPad mini that make it a category killer for me—speaking as a developer of photography apps.

The first is the main, rear-facing camera. It’s a 5 MP stills camera that also shoots 1080p HD video. No other comparably-sized tablet can even approach that. (I’m not that bothered by the 1.2 MP/720p HD front-facing camera, but that’s also class-leading…). It’s not as snazzy as the 8 MP cameras in iPhone 4S and iPhone 5, but it should to a pretty good job for most people most of the time—I expect it to produce better images (albeit at the same resolution) as iPhone 4.

The second is the operating system. Because it runs iOS, it automatically runs all existing iPad apps natively (and all iPhone/iPod touch apps in the emulation window). So it has instant access to pretty much all the best photo apps available. Perhaps more significantly, it’s a brand new platform for most of the world’s best app developers—but one that they already know inside out, in development terms.

Size does matter when it comes to mobile photography. And iPad, as we’ve known it up to now, is just too big for most people to want to use as a camera. As a result, a lot of iOS camera apps are targeted specifically at iPhone and not made as universal (or even iPad specific) apps that are truly optimized for iPad. In recent months we’ve seen a few more camera apps that do target iPad users, but I expect that trickle to become a flood now that there’s a smaller, lighter (and thus more camera app-friendly) iPad out there. A knock-on effect of this will be more reasons to use the bigger iPads as camera devices, because there’s a bigger and better choice of software available.

On the other hand, some people find iPhone a little on the small side when it comes to editing. For them, a single intermediate device that is small enough to use as a camera yet provides a bigger editing space may be ideal—I’m particularly thinking of the "extreme appers" here.

Also, having this "in-between"-sized device is also, I’m sure, going to inspire a whole bunch of new apps. I have no idea what these are going to be, but I’m looking forward to seeing them appear! 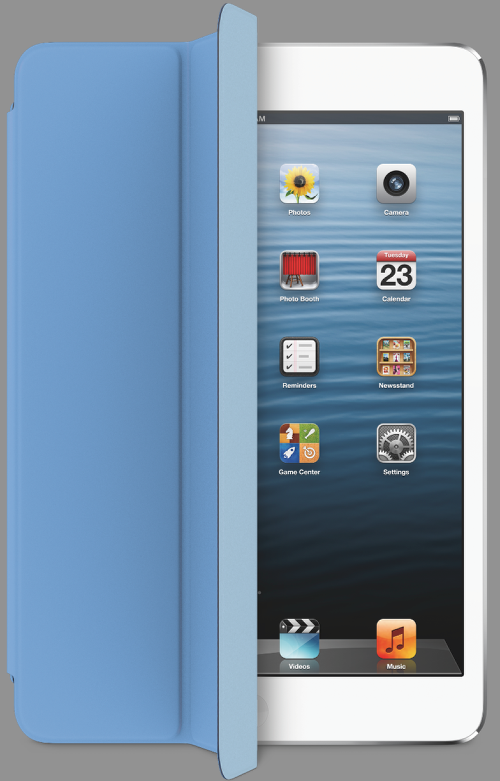 The challenges are likely to come at the level of interface design. A button that is just the right size on the current iPad may be too small on iPad mini. Equally, legible text—especially if optimized for the crisp retina displays of the iPad (3rd gen.) and its forthcoming replacement—may become unreadable. On the other hand, if the app is designed to the size of iPad mini, it may look exaggerated and cartoon-like on the bigger device (as many iPhone apps do when run at 2X). I’m sure some developers will find a way to present different interfaces on different devices, but that’s obviously not how Apple sees iPad apps—in its eyes, iPad mini apps and iPad apps will be identical.

Certainly that’s how we’ll be developing for iPad mini. We’ve a couple of iPad apps in the very final stages of testing—one of which is actually ready to ship, apart from testing it on an iPad mini mockup now we know what the actual specs are. And I’m sure we’ll be turning most—and, perhaps, all—our iPhone apps into universal iPhone and iPad apps (or, possibly, producing iPad-specific variants—we need to address this on an app-by-app basis).

We’ll also be watching the market—seeing who buys iPad mini and what they use if for—to see what new opportunities it provides for us.

Apple is going to sell a lot of the iPad mini, despite its price and "underwhelming" spec. And for anyone who wants a mid-sized device for taking pictures it is currently the only really viable option. And that, for me, is exciting!