We’re delighted to publish Benamon Tame’s eleventh article to his column PictureBook. In PictureBook Benamon concentrates on the the story behind the image. As Benamon himself describes it: ‘As Photographic artists we do not just capture stories but create them, the journey behind and the image we present. PictureBook draws on Images selected from my own story series but will also look at the work of the other story tellers within the community’.

These are the moments from stories, the one line you remember when you wake’ 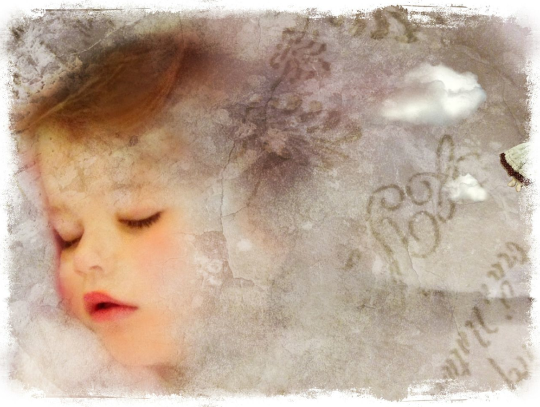 I have quite an obsessive personality, when I get stuck on something or have an idea in my head it tends to stay there and take over. Party because of that my workflow has increasingly become one of blocks, I will run with a project/series to the exclusion of pretty much everything else until I exhaust it for a while or get derailed by something new.

On the positive side running numerous projects can help against artists block, I can just jump track and hopefully one of them will inspire me, on the downside it can be a bit one track and I have ended up with an ever increasing number of half finished projects (photographic, writing and sculpture) . My intention this year was to try and reduce it, to actually see what could be finished and not start anything new until I had, new Lost Toys could still be found but nothing else! The first to be finished is the The Canvas Sky. 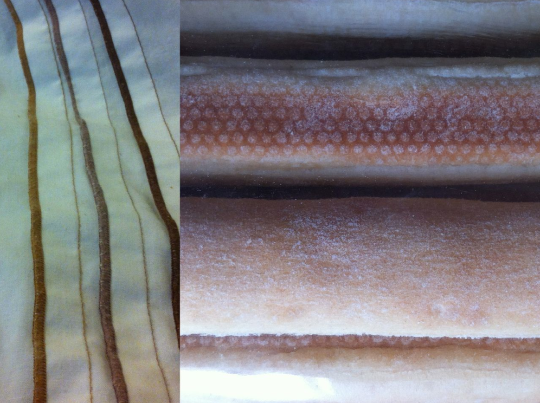 The Canvas Sky started out as a abstract study, inspired by some work I had seen on a Tumblr browse. The pieces were abstracts, with varied natural textures and an earthy palette, browns, blacks and creams. Abstracts are something I dip into very occasionally, I can appreciate them as a viewer but don’t come easily as an artist, I am too used to a more structured and narrative approach. I started by just looking round the house for textures, looking at folds in curtains or on bed linen, bread rolls and door mats.

I brought the samples together in Diptic, and used Iris to edit, reducing the colours to add some connection between the elements in colour while still keeping the textures.

I worked on a couple of pieces but still felt they lacked something so put them aside to sleep on. 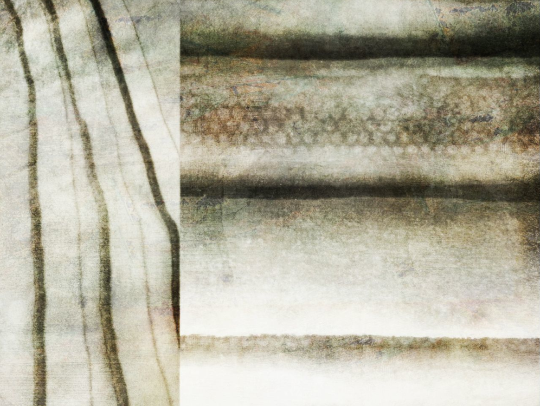 I brought the samples together in Diptic, and used Iris to edit, reducing the colours to add some connection between the elements in colour while still keeping the textures.

I worked on a couple of pieces but still felt they lacked something so put them aside to sleep on. 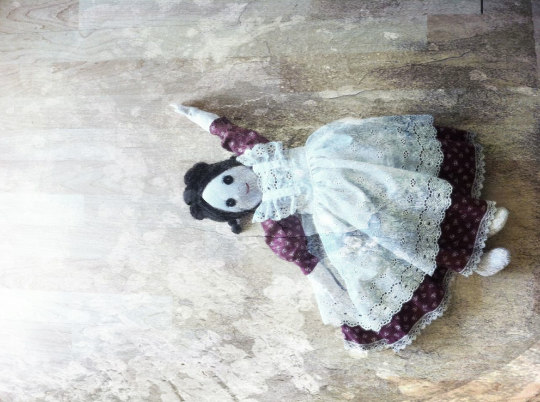 Looking with fresh eyes I started to see landscapes as if viewed from the clouds and a jumble of other perspectives. I started to imagine who would see this view that could only be seen in a dream.

With the addition of drifting clouds hung on string and one of my daughters dolls being carried up on a balloon I reworked and finished the piece. 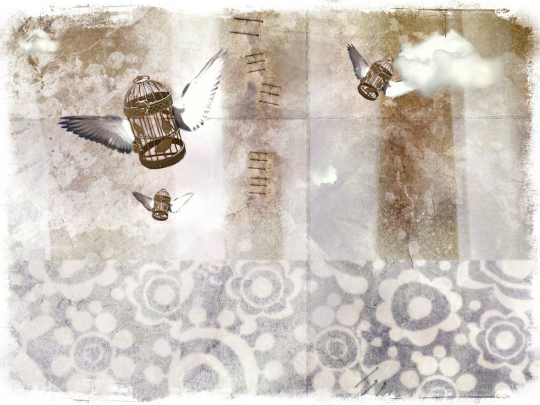 The colours and textures were still an important part but now they were a landscape and part of something. Originally just called the Canvas Sky, I produced about a dozen images all with surreal and dream like elements and a wider narrative starting to emerge. Roll on to 2013 and revisited the series and reworked a couple and added some more, inspired by a photograph of my sleeping daughter, the Canvas sky became moments from her dream. 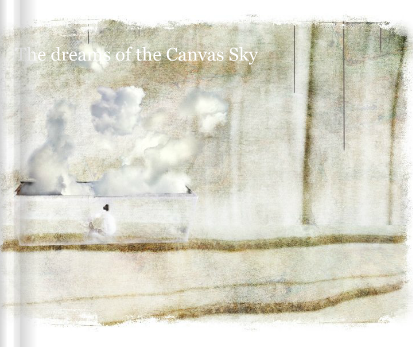 The original image titles were expanded or reworked to build the story and the final series was brought together as a book. The book was released under Blurb and is now available on their site as a physical book with digital ebook edition also available from them or on itunes ibook store (see here). Or via Blurb (see here). Next on my list is another illustrated book, the Tale of Childr INKfish.