We are so delighted to publish Janine Graf’s seventh article to her iSights Column with us. This time Janine shows off her movie recording skills utilizing Instagram’s brand new feature, don’t miss this, over to you Janine (foreword by Joanne Carter).

Hi everybody! First of all I want to start by saying that I don’t actually believe I am stupid. I’m incredibly street smart, and that’s the best kind of smart (btw, that’s what stupid people say to make themselves feel better about not being book smart). I’ll have you all know that I do read books and watch the news. Sure, I lost some serious IQ points upon finishing the “Fifty Shades of Grey” series . . . and “The Daily Show with Jon Stewart” and “The Colbert Report” both count as news, yes? See, not just street smart here. Oh, and I play Boggle on my iPhone; that’s a spelling game!

So, unless you have been living under a rock, you all know by now that on June 20th Instagram released a video feature to their app. Confession: I’ve never been wildly excited about shooting video. I’ve had the 8mm app on my phone for over two years now and have used it all of two times. But on this particular day I thought it would be fun to take the video feature for a spin and record a video for my girlfriend on my private Instagram account . . . and now I’ve decided to share it here, with you. To set the scene: I was hiking with my family at the Watershed Preserve in Redmond, WA and it was a beautiful summer day. The birds were chirping, squirrels distracting me, and mountains of horse poop to not step in. 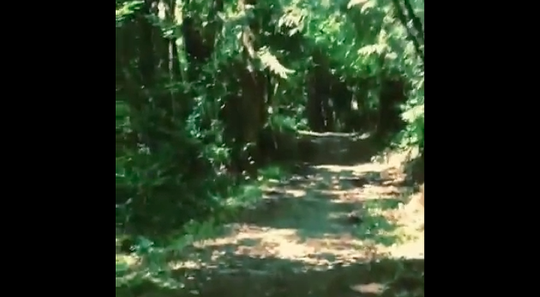 So remember, street smart is the best kind of smart, The Daily Show is real news, and you press and HOLD to record.

So without further ado, here is my very first Instagram video