It’s hard to believe but Benamon really has done it again, this is his 30th article to his PictureBook Column with us and it’s outstanding, full of creativity and imagery in words as well as pictures. It is a complete joy to read, view and publish, thank you Benamon.

Livia tried not to move.
As she sat there starting into space, aware of the boy sat opposite her, his eyes moving
between her and the large canvas that stood between them like some white wall. She was
used to staying still, the Governess and her matrons had seem to that like they did with
every child in the household. But this was different, to be the focus of attention, she could
almost feel his eyes traveling over her face, mapping and marking each line and feature.
Though the room was not warm she felt herself getting hotter, under his scrutiny and the
effort of doing nothing
Her bonnet felt heavy on her head, the stiff cotton digging into the back of her neck. she
tried to scratch without moving but only succeeding in dislodging her hair.The same lock
she always fought with falling down over one eye.
“Sorry” she whispered and slumped on her chair, wishing she hadn’t given in to his
suggestion to sit for him. Already tired and itching to go and play In brief time they were
allowed but also conscious of family superstition. Bad luck to catch you face before your
Thorning.
“It’s fine, leave it. just like that” the boy replied, sketching even faster as caught the
changes and could see she would not last much longer. ” I am almost there, and I can do
the rest from memory. Thank you sis” his voice barely audible with his attention poured
into the canvas. 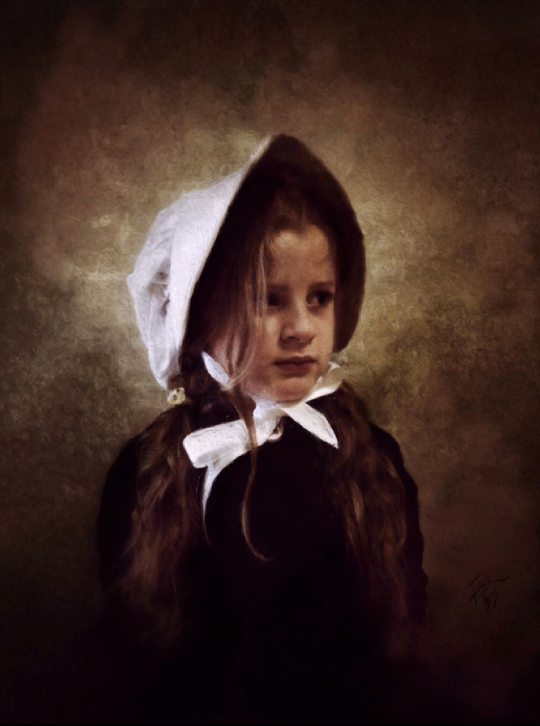 As I developed the individual story’s for the the Lost Toys a wider history stared to emerge and with Kelpie and the ghost of Augustus another story behind that. Filling in the lives of the individual children who owned the toys allowed me to add more depth to each tale. As well as Kelpie, the Black Day Dolls and Mr Tangle bridge both storyline and I wanted to do the same with Livia and Eventyr. Livia’s story starts in the 1700, much further back than Augustus which is set in the last years of the Victorian age and just before the Toy Room was closed. In the title she is only given one date because in the story she goes missing and her body is only found by the Lost Toys. As she was never found the Family would not mark death in the hope she would still be found.

I had in my mind an oil painting for Livia, and looked at the work of several artists including Johannas Vermeer, Bartholomeus van der Helst and Rembrandt to get feel for the composition and colours. 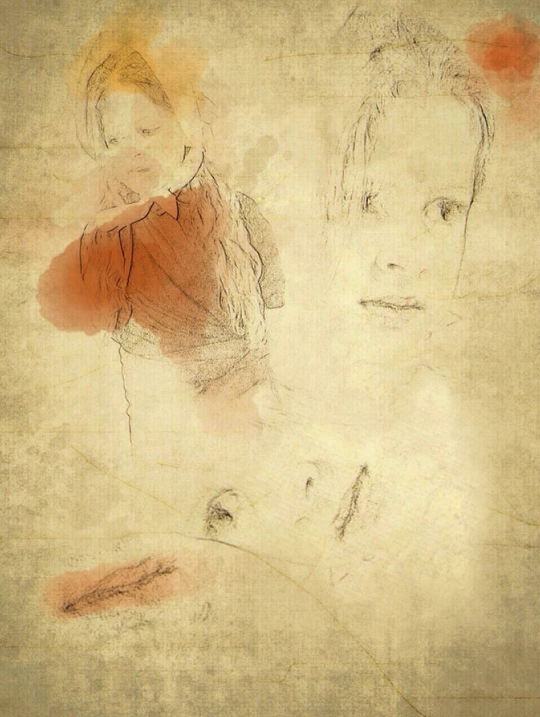 I used my eldest daughter to pose as Livia for me and several long scarves were used to make the effect of a dress. The whole look was topped off with a bonnet (thank you ebay). 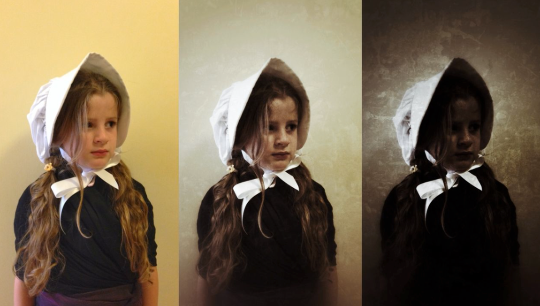 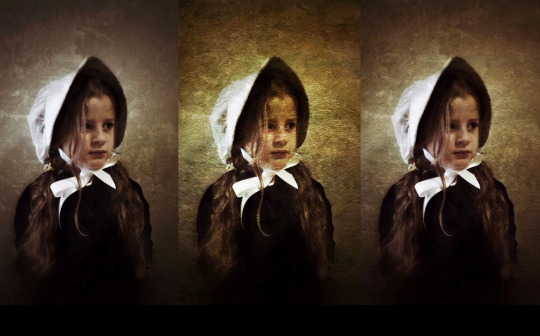 I used Snapseed to start adding texture and soften the edges of the image. I then repeated the process to create the dark back ground. The two images were then blended using Blender. To add a more painterly background I used DistressedFX and then blended back again to bring the figure away from the background. 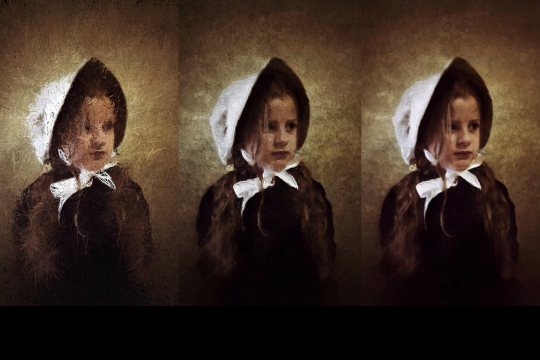 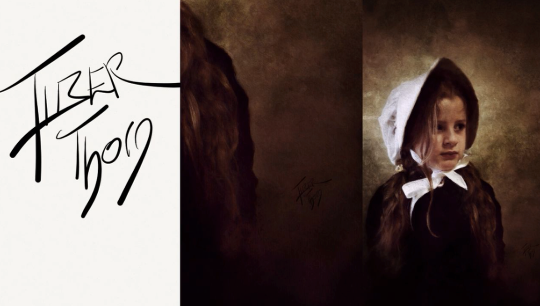 Glaze was then used to create several painted versions which were then blended with the pre-Glaze version using Juxtaposer. To make a further connection to the story I created a signature using Paper app. This was then altered using Glaze and then blended using Blender. Extra texturing was then added using MonoVu before the final piece was edited in snapseed.

With the every expanding backstory behind each piece and also the wider storyline, both for the Lost Toy Room and the Thorn Family I have started work on a companion series of books. Each book will feature a short story based on the character and all the collected images for them. The first of these will be LIvia and Eventyr and will be released early in the new year on Blurb and iBooks. 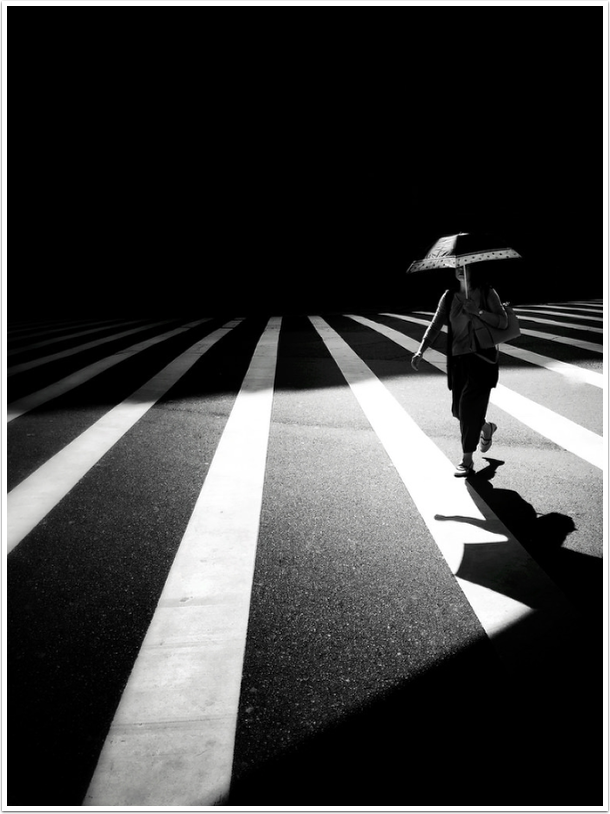 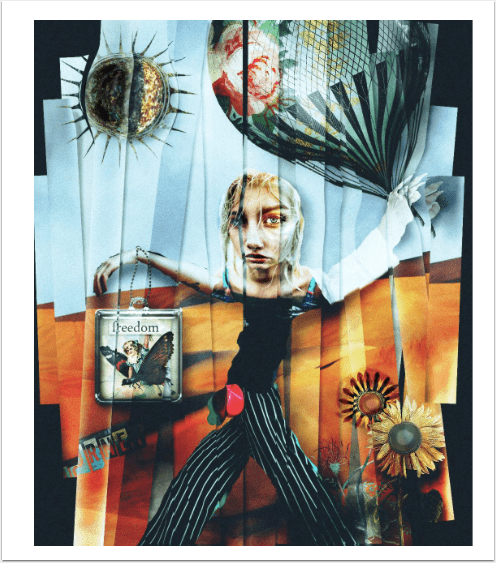 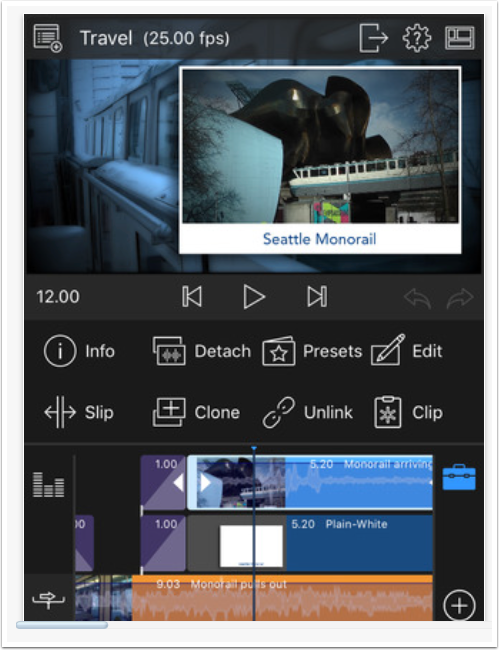