The winner of the ‘best’ travel photo taken on a smartphone has been awarded to Zoe King, for her photo taken in Colombo (Sri Lanka), at the Gangaramaya Viharaya Temple. The search was launched after Celebrity Cruises found that 67% of people now use their smartphone to take holiday photographs.  As a result, Celebrity Cruises worked alongside esteemed photographers Stuart Franklin (Former President of Magnum, who took what is lauded as one of the most iconic images of all time: the World Press photo Award-winning picture of a man defying a tank in Tiananmen Square, China); Magnum photographer Ian Berry, Art Wolfe and Massimo Vitali to find winning picture – which Stuart Franklin described “as colourful, exciting and compositionally well organised”. Art Wolfe added “This is a very complex image, with a lot going on – color, line, repetition and movement.  This complexity is what makes it interesting and draws me into the scene.”

All the photos entered can be seen via http://www.celebritycruises.co.uk/smartsnaps/ 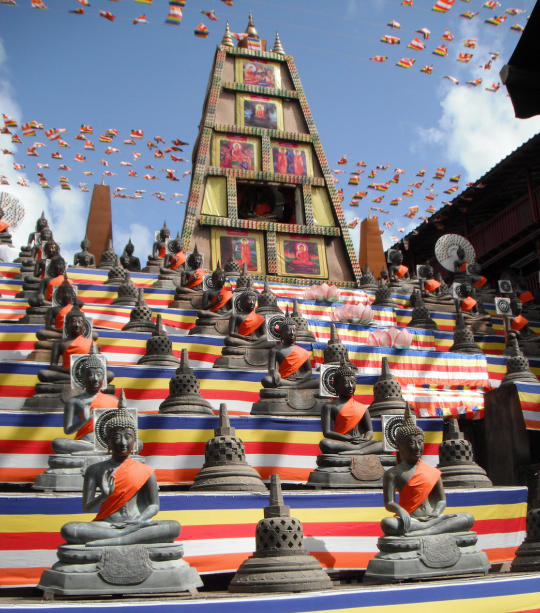 Winner Zoe now holds the title of Celebrity Cruises ‘Photo Ambassador for 2014’ and will embark on a 14-night Scandinavia & Russia cruise in May 2014.  Taking in the spellbinding sights of Copenhagen, Stockholm, Helsinki, St Petersburg, Berlin and Paris, there will be spectacular scenery and cities for Zoe to capture the essence of each destination once again through her smartphone. As well as the cruise, Zoe’s photographs will be exhibited on the Celebrity Cruises blog.

Zoe King explained: “My boyfriend and I were travelling around Sri Lanka and we were very lucky that when we visited the temple it was decorated with the Buddhist flags. I remember crouching down to take the photo but couldn’t really see it on my phone until afterward as it was so sunny. Later on, whilst browsing through my photos, this one really stood out to me as I loved the contrast of the bright sky and flags with the Buddhist statues.” 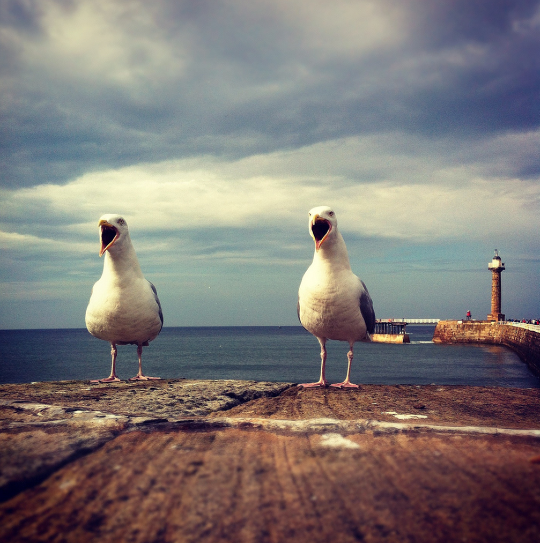 The five lucky runners-up will be treated to a personal photography tutorial with the worldwide-respected photographer Stuart Franklin on board Celebrity Eclipse in Southampton in Spring 2014, which will include lunch and a tour of the ship.

Former President of Magnum Photos, the worldwide known British born documentary photographer Stuart Franklin won the coveted World Press Photo Award (1989) for his celebrated photo of a man defying a tank in Tiananmen Square, China – which has been revered as one of the most iconic images of all time. His photographic career began working for the Sunday Times and Sunday Telegraph Magazine (London), and later with Agence Presse Sygma (Paris). During his time at Sygma (1980 –85) he absorbed the skills of news  photography, and also followed Henri Cartier Bresson’s approach to photography; as he puts it, ‘curious, gentle, surreal with beautiful compositions – his work influenced just about everything I attempted.’
Stuart’s published books include: The Time of Trees, La Città Dinamica, Sea Fever, Hotel Afrique, Footprint: Our Landscape in Flux, and Saint – Petersburg. His latest body of work, Narcissus was published earlier this year – and contemplates the landscape in a small region of Western Norway. 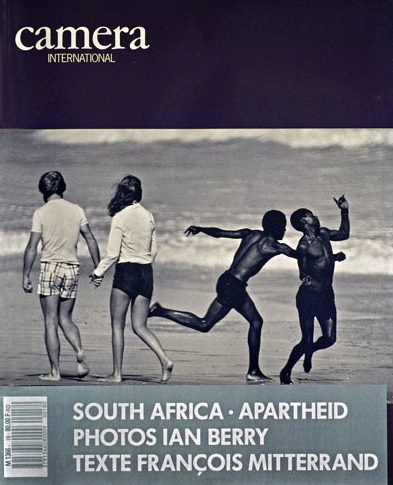 Ian Berry made his reputation as a photojournalist reporting from South Africa, where he worked for the Daily Mail and later Drum magazine. He was the only photographer to document the massacre at Sharpeville. While based in Paris he was invited to join Magnum by Henri Cartier-Bresson. He moved to London to become the first contract photographer for the Observer Magazine. He has covered, conflict in Israel, Ireland, Vietnam, Czechoslovakia and Congo, famine in Ethiopia and apartheid in South Africa. He has also reported on the political and social transformations in China and the former USSR.
Awards include Nikon Photographer of the Year (twice), Picture of the Year award from the National Press Photographers of America, and British Press Magazine Photographer of the Year (twice). Arts Council Award, Art Directors’ Club of New York Award.

His books include The English, two books on South Africa and Child Slavery in Ghana. 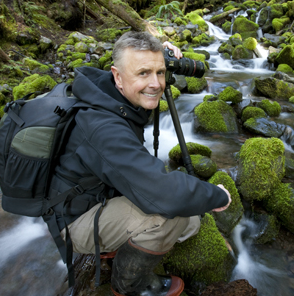 During his 40-year career, Art Wolfe has championed the environmental cause through his conservation photography – winning numerous awards for his work.  Art has worked on every continent and in hundreds of locations; and his photographs are recognised throughout the world for their mastery of colour, composition and perspective. Wolfe is the host of the award-winning television series “Art Wolfe’s Travels to the Edge,” an intimate and upbeat series that offers insights on nature, culture, and the realm of digital photography. Wolfe has released over eighty books, most recently The New Art of Photographing Nature and The Art of the Photograph. His work is available to view at Art Wolfe Gallery in Seattle, Washington; and the Rotella Galleries, located in Las Vegas and SOHO, New York City. “Art Wolfe’s photographs are a superb evocation of some of the most breathtaking spectacles in the world.”—Sir David Attenborough 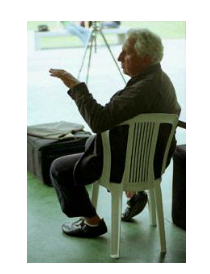 Massimo Vitali lives and work in Lucca, Italy, and in Berlin, Germany. He worked as a photojournalist in the early Sixties; it was during this time that he met Simon Guttman, the founder of the agency Report, who was to become fundamental in Massimo’s growth as a “Concerned Photographer.”
Massimo’s series of Italian beach panoramas, starting in 1995, began in the light of drastic political changes in Italy. Massimo started to observe his fellow countrymen very carefully. He depicted a “sanitized, complacent view of Italian normalities,” at the same time revealing “the inner conditions and disturbances of normality: its cosmetic fakery, sexual innuendo, commodified leisure, deluded sense of affluence, and rigid conformism.” (October Magazine 2006, no. 117, p. 90, How to Make Analohies in a Digital Age by Whitney Davis). 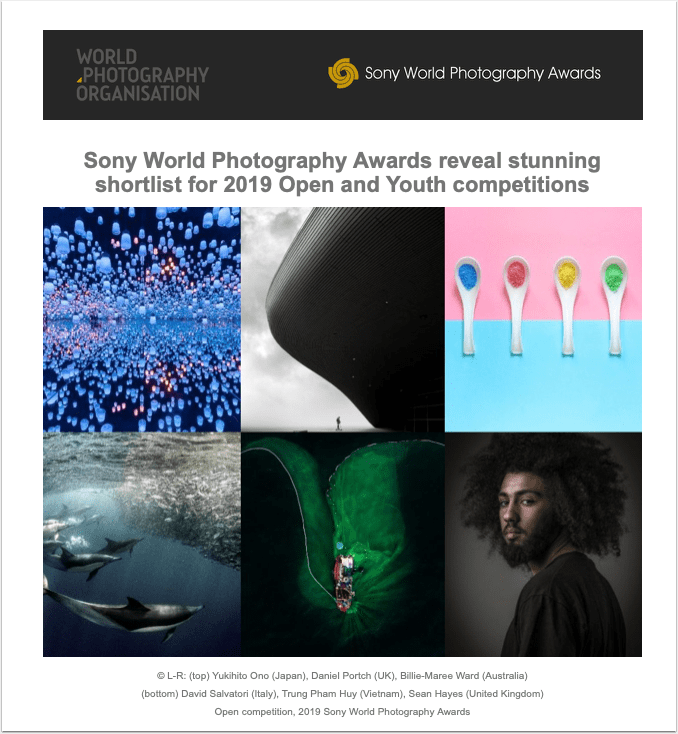 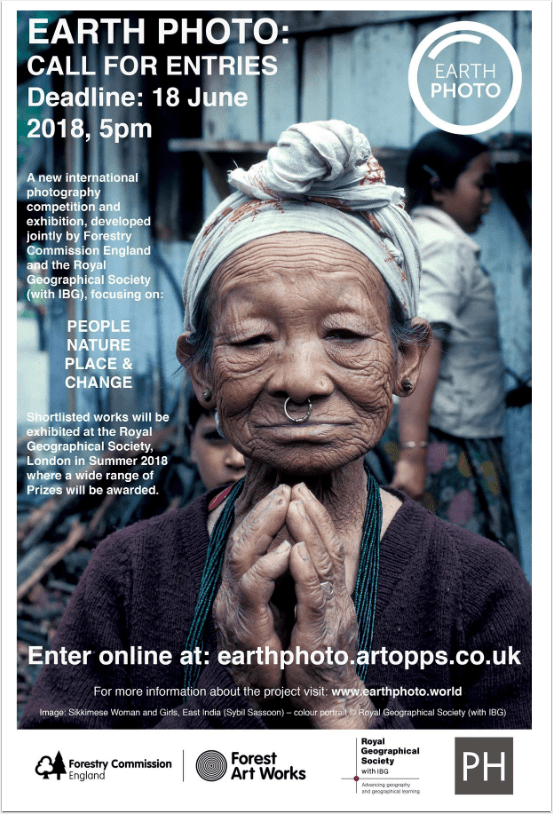 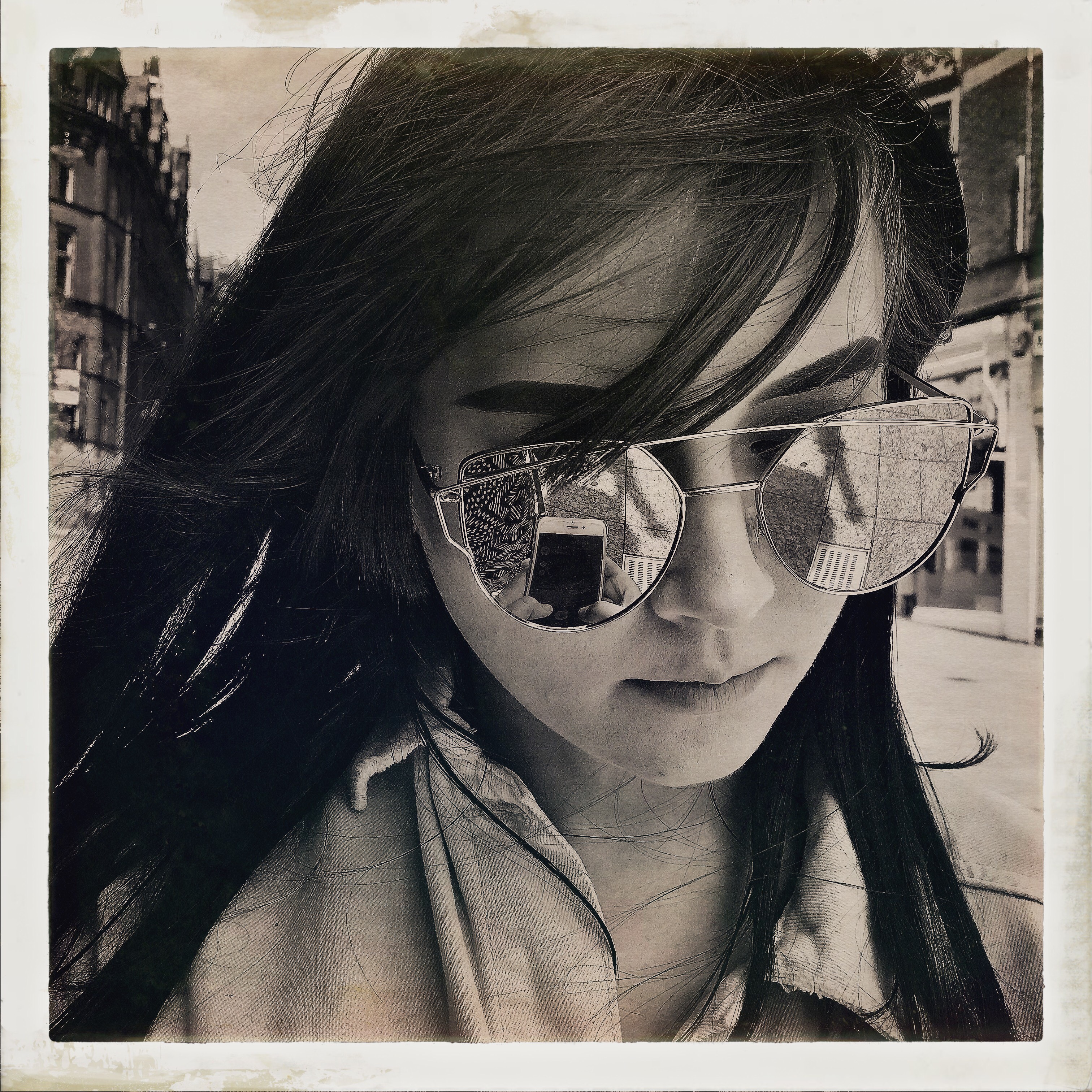