Welcome to our very exciting interview column on theappwhisperer.com. This section entitled “A Day in the Life of…” is where we take a look at some hugely influential, interesting and accomplished individuals in the mobile photography and art world… people that we think you will love to learn more about. This is our 103rd installment of the series. If you have missed our previous interviews, please go here.

Today we are featuring Sheldon Serkin, Sheldon has been shooting street photography in New York City with an iPhone since 2010. His work has been featured on a number of popular websites, including theappwhisperer.com, eyeem.com, gothamist.com and more, as well as on shortlists in the Mobile Photo Awards in both 2012 and 2013. He recently contributed a tutorial to “The Art Of iPhone Photography” book by Bob Weil and Nicki Fitz-Gerald.

He is currently preparing Awful Bliss, his first book of street photographs, and posts daily on instagram, eyeem, and flickr as @shelserkin, and on his blog, awfulbliss.tumblr.com.

We couldn’t wait to find out more about Sheldon and invited him to take part in this interview. We think you will all enjoy this a lot, it’s full of fabulous insight, images and words.

Under each image you will find the title and a list of all the apps used, links to these apps are at the end of the article.

(If you would like to be interviewed for our new ‘A Day in the Life of…’ section, send an email to Joanne@theappwhisperer.com, and we’ll get back to you.) 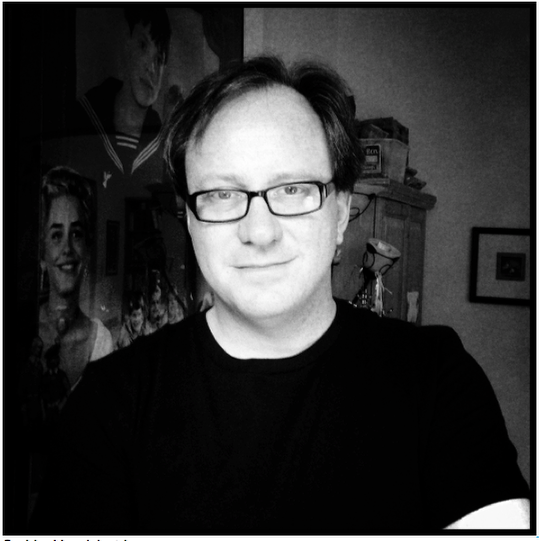 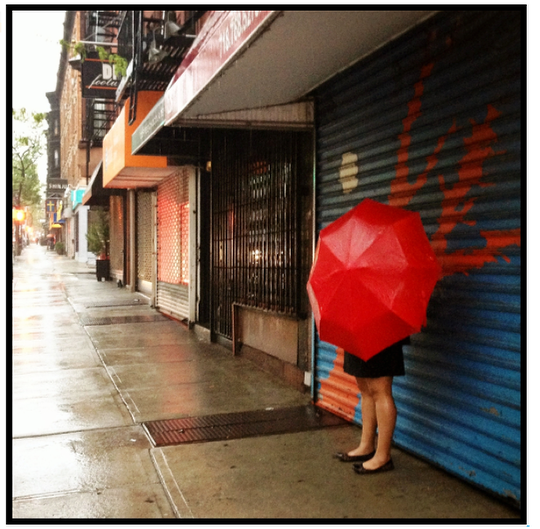 Let’s start at the beginning of the day, how does your day start?

Hi Joanne and thanks so much for the opportunity to be featured on “Day In The Life”! Virtually every one of my days starts with very strong coffee and an upload to flickr and my blog, awfulbliss.tumblr.com. I also take some time to check out what my flickr contacts have been up to. 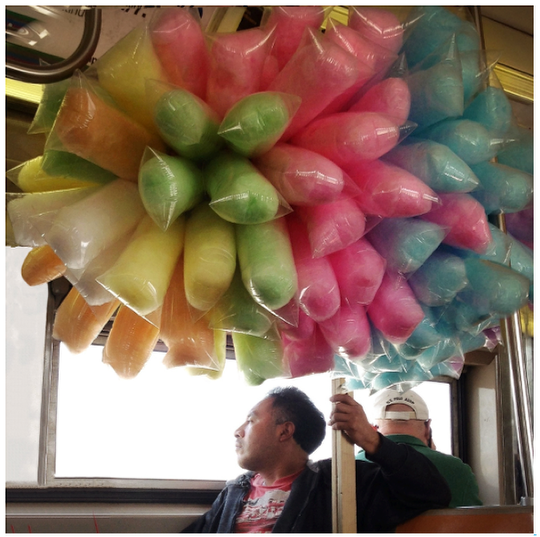 I had never considered myself a traditional photographer before mobile photography. While I loved taking photos, it wasn’t until I got my first iPhone that it really caught a hold of me for two reasons: Firstly, I’ve always loved street photography, but lacked the nerve to shoot with a conspicuous camera. The iPhone allows me to shoot on the sly to a degree with which I am comfortable. Secondly, I’m not the most technical of shooters, so the iPhone’s ease of use also really appealed to me. 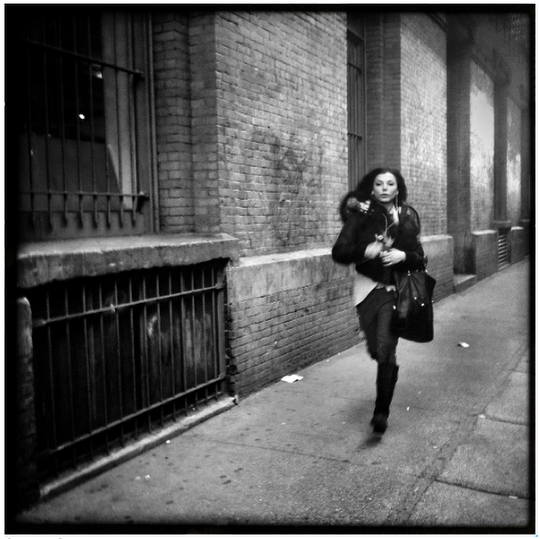 My new app acquisitions have slowed considerably this past year as I’ve started to process my photos less and less. I find that my current go-to apps — hipstamatic, oggl, snapseed, filterstorm, touch retouch and camera + fulfill my processing needs. 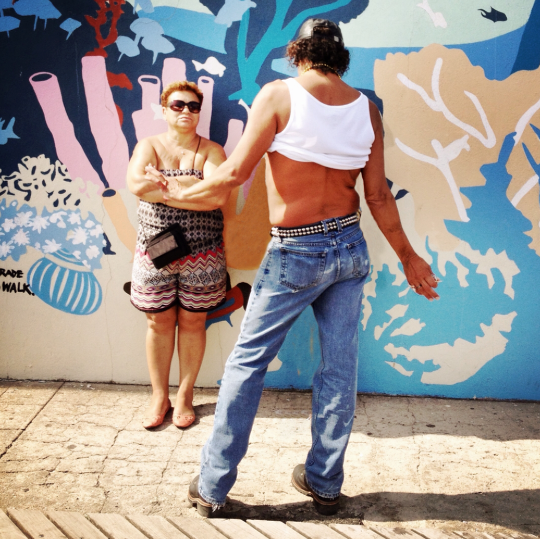 What is your preferred platform, Apple iOS, Android, Windows?

Apple iOS, though I’ve not experienced using the others. 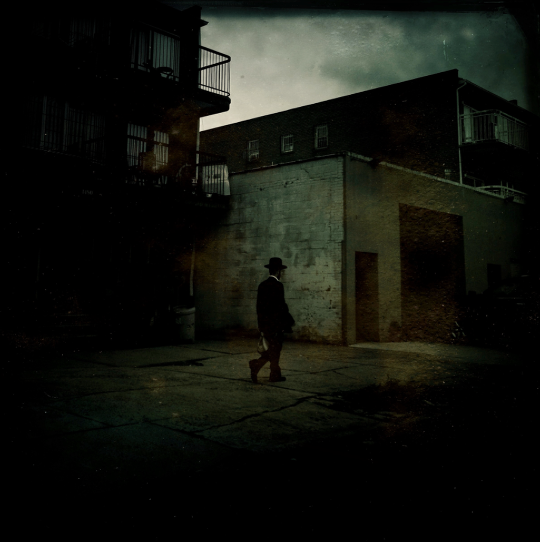 Would you consider changing platforms and why?

No, no, irrationally no! 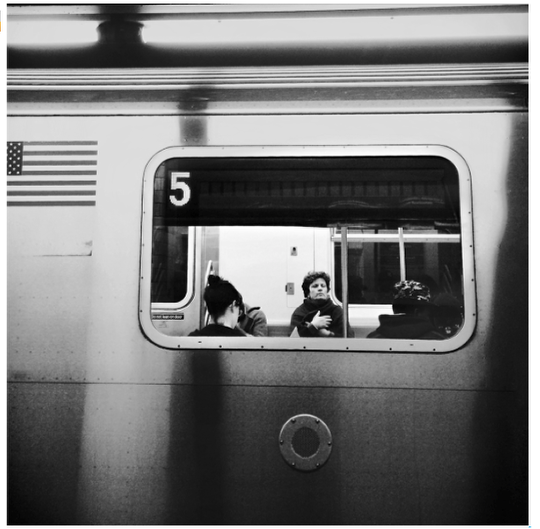 How often do you update your existing apps?

I usually update my apps right away. I’m always excited about new features. I’ve regretted this a few times, as I should really wait for all the bugs to be fixed before updating (for example, I couldn’t access my camera roll on oggl for a couple of months because of an update), but I’m too impatient! 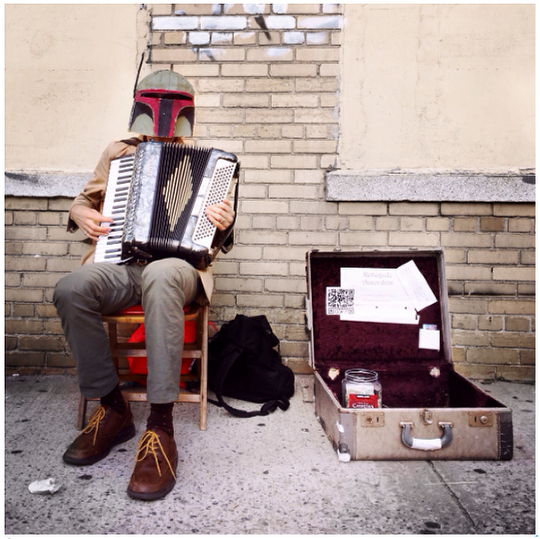 What are your favourite photography apps and why, what features do you look for in a new photo app?

I love Hipstamatic and have been shooting almost exclusively with it (and Oggl) since I started shooting. I really think the looks you can achieve with the films and lenses is beyond compare in the mobile world and, with the First Friday concept in place since Oggl was launched, there are new combos to learn and experiment with each month. For all my apps, though, I really appreciate an intuitive interface. 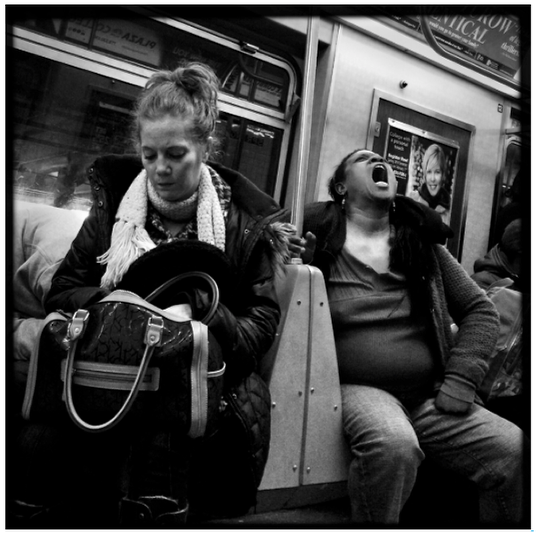 Where’s your favourite place to shoot and why?

My favorite place to shoot is on the New York subway system. People are never more themselves than in public, when faced with an unavoidable, sometimes crowded commute, where their personal space is limited and eye contact it hard to avoid. New Yorkers are masters of being alone in public. 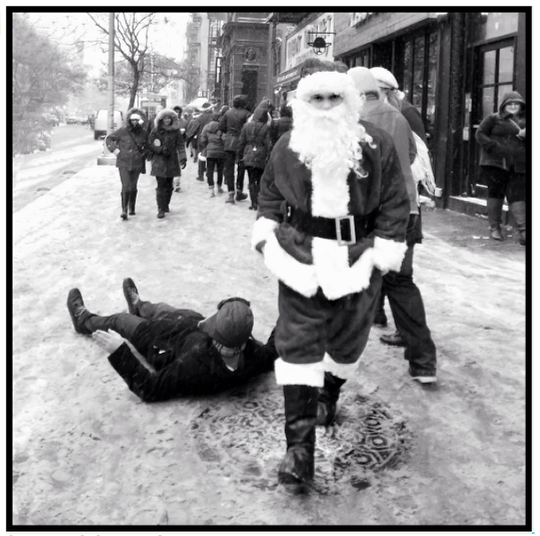 What are your favorite photographic subjects and why?

This is difficult to pinpoint, so I’d have to say the subjects I’m drawn to instinctively. The subjects that intuitively speak to me are directly influenced by how I personally feel at that moment. When entering a subway car, for example, I don’t necessarily look for a type, or a certain interaction or situation, or someone that stands out in a crowd. It’s much more intuitive than deliberate. What I’m looking for is potential. Sometimes the most average, inconspicuous, unremarkable subjects yield the greatest insight, the most powerful emotions 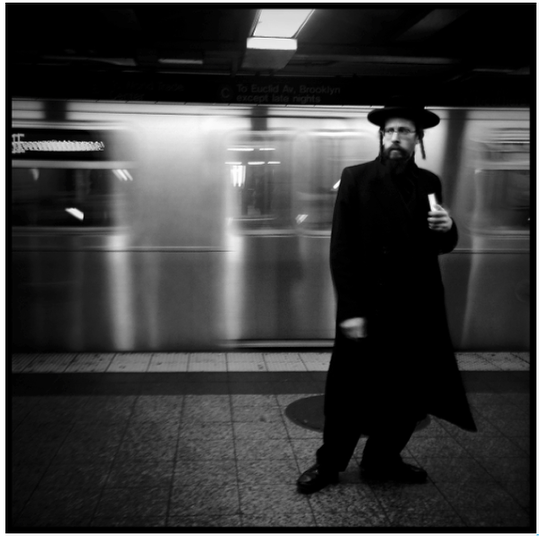 I upload at least once a day to instagram, flickr and my blog (awfulbliss.tumblr.com). I am also active on eyeem and oggl and, to a lesser extent, on iphoneart.com and 500px. The challenge for me is the social aspect of social media responding to comments, commenting on others’ work, etc. is rarer than I’d like it to be, but the challenge of posting one image a day is exhausting enough! 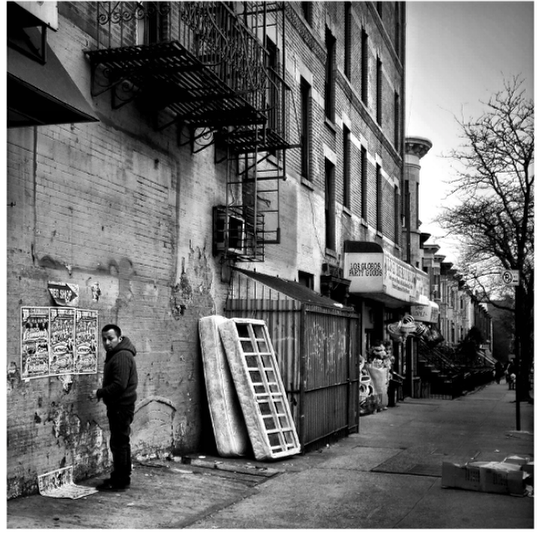 Do you use your mobile phone everyday to take images?

I shoot everyday: on my way to and from work, when I’m out for a quick errand, when I’m out with my family. My phone is always in my hand, at the ready. 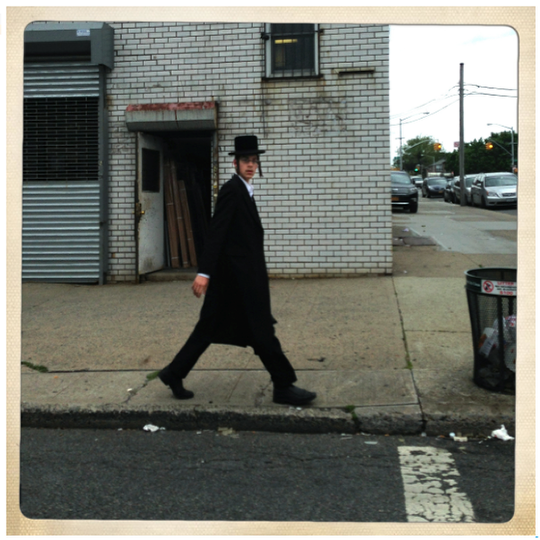 ‘Yossi’ – ©Sheldon Serkin – Apps Used – Oggl
Do you like to use external hardware products with your mobile device for image and video capturing, such as lenses, tripods, external storage and battery packs? Please elaborate as much as possible.

I love the freedom the mophie juice packs affords me in terms of battery life. It allows me to leave the phone on and ready to capture that image that lasts a split second. 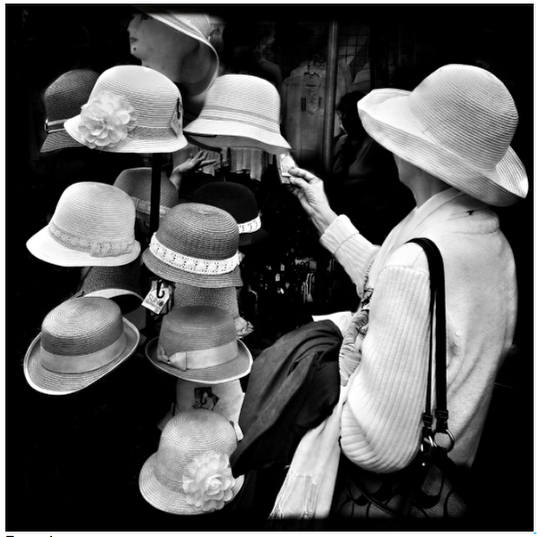 Do you edit images on your mobile devices or do you prefer to use a desktop or laptop computer?

I edit on my mobile devices. 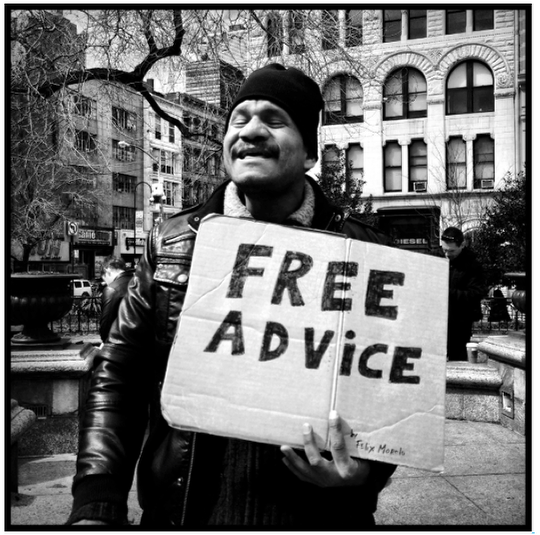 Where do you envisage your mobile photography passion will take you? Have you been involved with exhibitions etc? Please elaborate if you can.

I’ve had the really great fortune of being part of a few events since I started shooting: a Hipstamatic show in London, the Mobile Photo Awards show in New York City last year, and the 1st Tehran Mobile Film & Photo Festival. The biggest thrill, however, was being invited by Bob Weil and Nicki Fitz-Gerald to contribute a tutorial to their great book The Art of iPhone Photography (Rocky Nook, 2013). In the coming year, I hope to have more opportunities such as these. Another goal I have this year is to publish my own book of my photos. I’ve always lamented the seeming impermanence of sharing photos through social media. 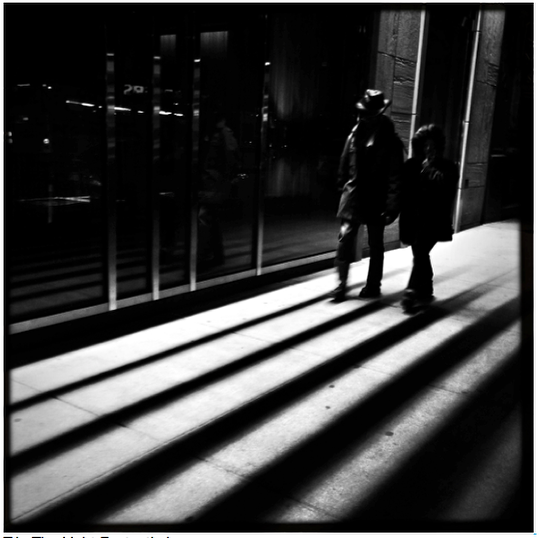 Do you also enjoy shooting videos with your mobile phone? If so, what do you do with them? Have you considered uploading them to our Mobile Movies Flickr group?

I rarely shoot videos, having been conditioned to conserve memory by owning a 16 GB phone for a period of time. 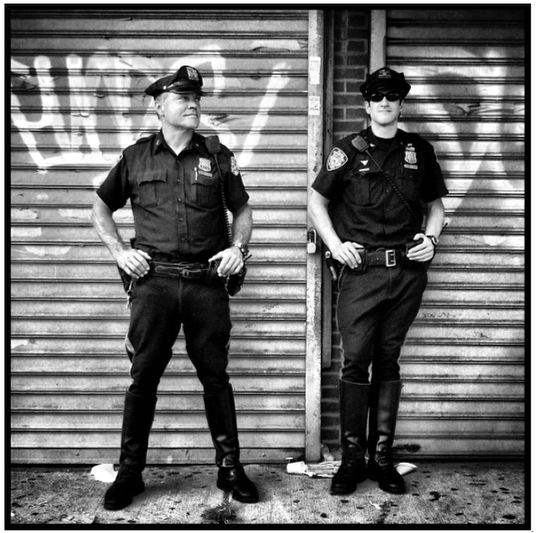 Where do you see the future of mobile photography?

For most people, mobile photography will be synonymous with everyday photography, if it isn’t already, documenting events, friends, family, etc. and shared immediately. As a new and evolving art form, my hope is that it does NOT fall into cliché, the overwhelming majority of images starting to bleed into one another without distinction, and that innovative photographers and artists, such as the ones you feature on your website, continually find new and interesting means of visual expression using their mobile phone. 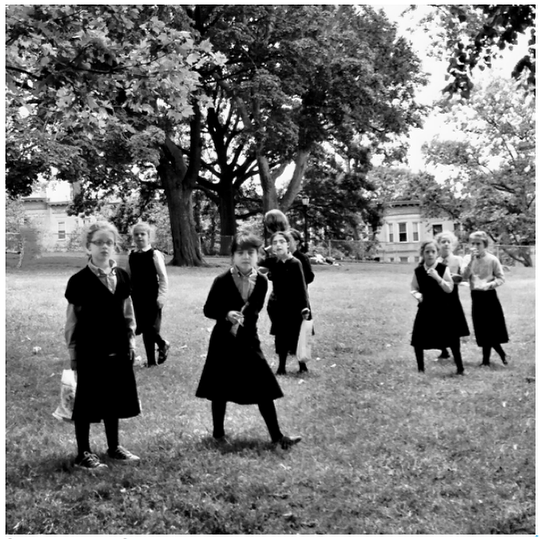 What do you think is the most popular area of mobile photography?

Selfies, which in my mind are distinct from self-portraits. 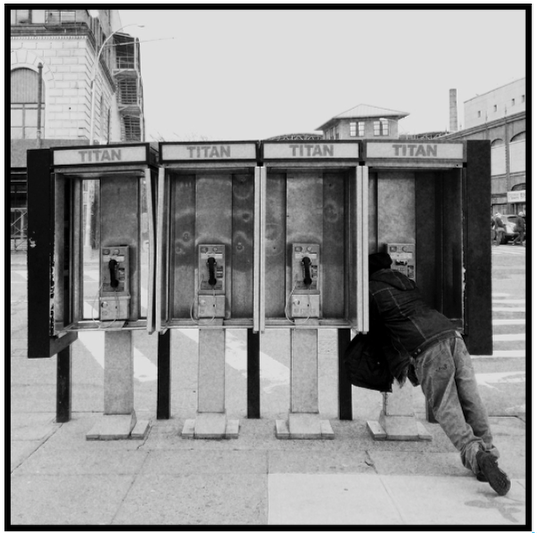 Do you think it’s country specific, are some nations more clued up?

Not so much country-specific as economically-specific: those with access we see, those without, we don’t. 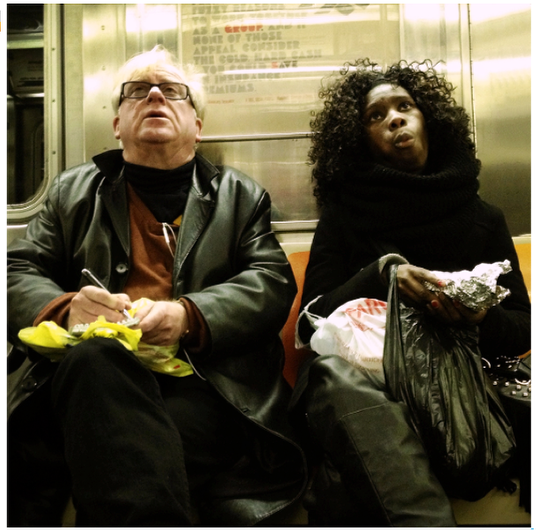 If you could select a specification for a mobile smartphone, what features would you select, photographically speaking?

I would love a feature that enables my device to take exactly the picture I see in my head. Also, more pixels! 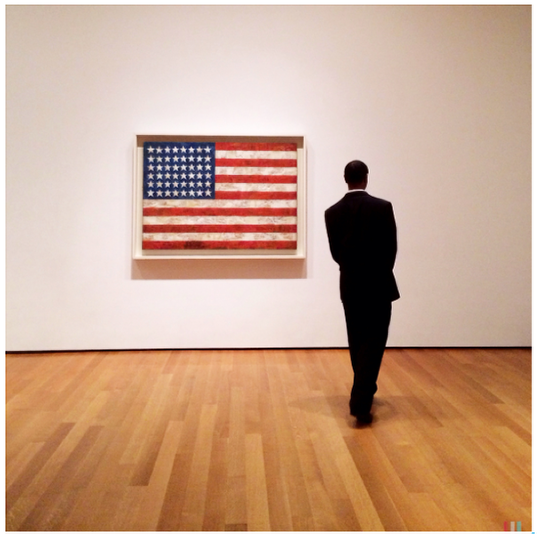 What do you think of Joanne and theappwhisperer.com?

Joanne is an incredible supporter and advocate for the amazing work being done right now in mobile photography. Her website is invaluable, as is the weekly showcase, which has helped me discover so many great mobile artists. Thanks, Joanne, for the opportunity to participate in this series!

Links to all apps used and mentioned in this interview 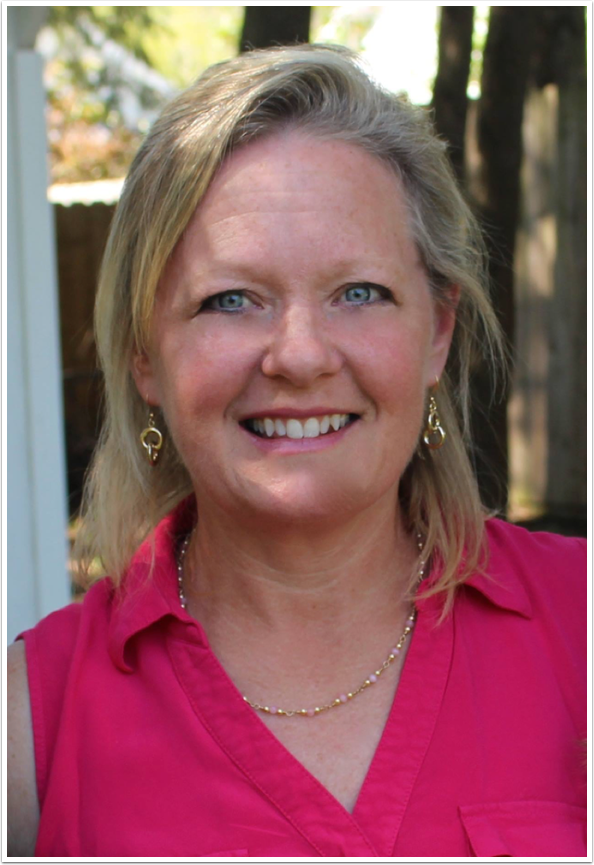 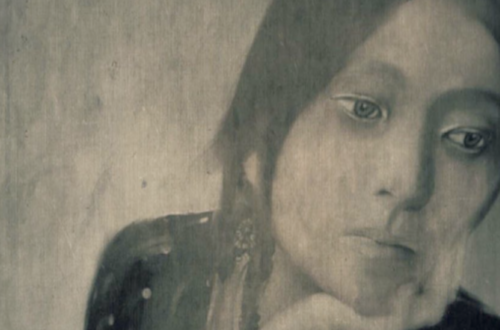 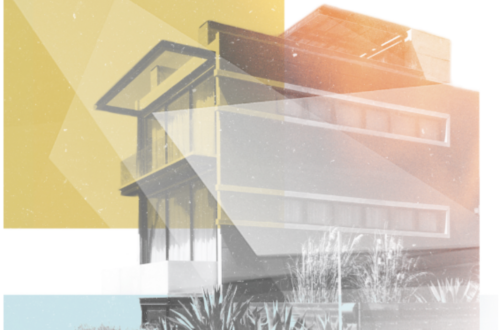