Today, we are delighted to publish our eighteenth ‘Impossible’ article (to view the others, go here), this time we are featuring the son of a playwright and a film director, Claude Peschel Dutombe.  Born and raised in Berlin and Dutombe has made Asia his home for more than 15 years now. Growing up with strong creative influences, his artistic vision was shaped early on by exposure to filmmaking and extensive travel — and he has mostly made Asian and Middle Eastern themes the subject of his creative work ever since.

Claude has always been fascinated with the tonalities and distinct characteristics of instant film and has used them for many projects applying different experimental techniques. He became one of the very first Impossible pioneers shortly after the first generation of film was launched. His photographic series ‘Dreams of a Distant Place’ commemorates the 25th anniversary of the fall of the Berlin Wall, taking us back to Claude’s childhood years when he grew up in the 70’s-80’s behind the iron curtain of the cold war in East Berlin.

“For this project I was looking for dream-like visuals so the idea to use Impossible film was an easy choice. As a young boy I would daydream of all the far away and mysterious places people who lived in the Eastern (communist) bloc were not allowed to visit. My longing for discovery manifested itself in many hours and days spent with my postcard, coin and record collections from all corners of the globe, or reading books with stories about places I wished to be able to see with my own eyes. This art project is an attempt to reconstruct the visuals of my childhood dreams when my mind started wandering, driven by a politically suppressed Wanderlust. All photographs taken for this series are of foreign looking sceneries or objects but are missing a factual definition of place and time since they represent a boy’s imaginations of places he has never been to.” Claude explains. 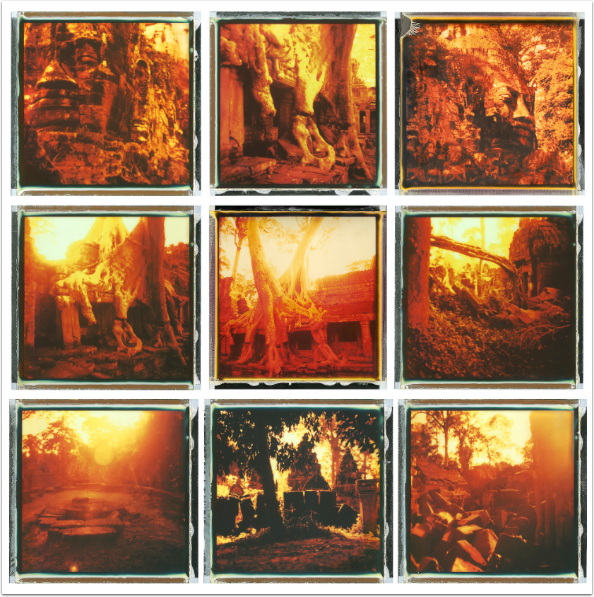 Claude has used virtually every generation of film for this project with all their different characteristics and this is a long-term project that he has been working on for years. The visible chemical residues, the uneven frame and surface cracks of the instant film support the concept of creating those dream-like scenarios and break with the reality of the photographed subject. 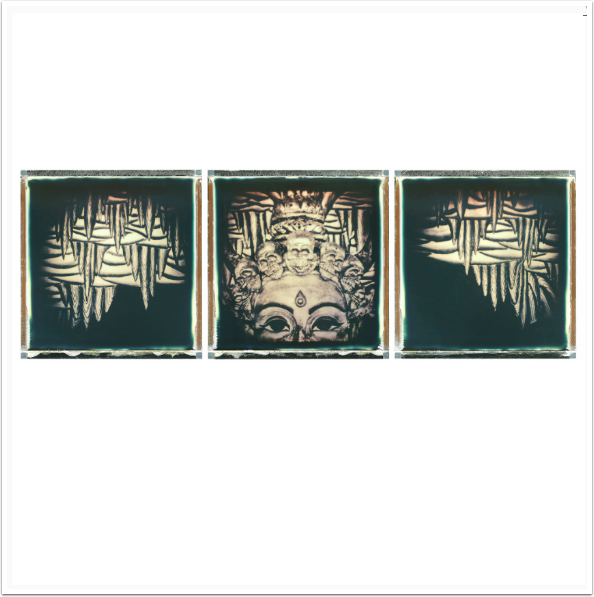 Image – Dreams of a Distant Place #25

In order to emphasise on those material specifics Claude had the original shots scanned on high-res drum scanners and then made large size prints of them. Dream sequences have been achieved by combining three shots together as triptychs rather than having single shots stand by itself. Some of the triptychs even have two “siblings” so that they can be presented as ninetychs representing a more complex dream with relating visuals. 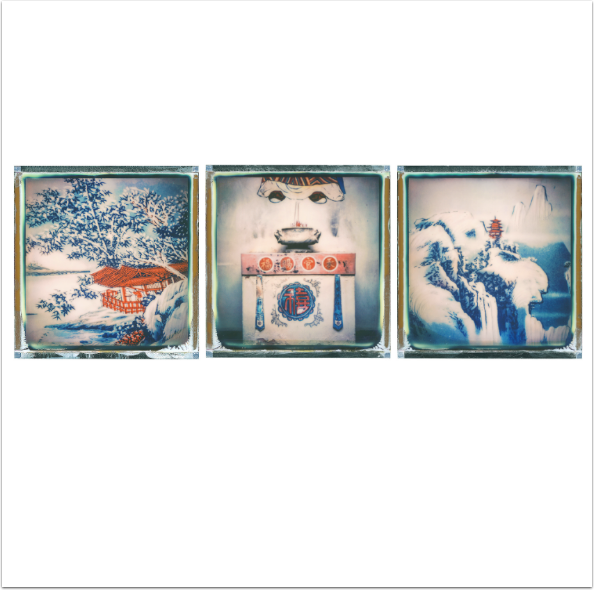 Image – Dreams of a Distant Place #37 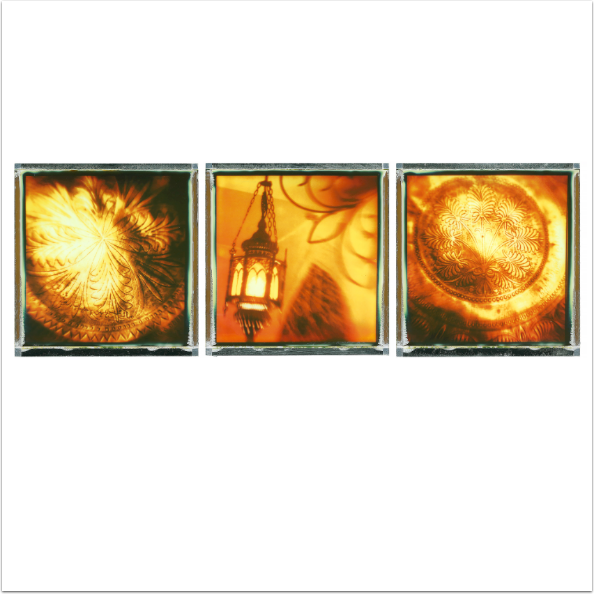 Image – Dreams of a Distant Place #19

“I hope that Impossible will be around for many more years to come because the project is far from being finished. In fact I think that it will continue all through my artistic life as this series is the conceptual center piece which explains and connects other projects I am working on.” 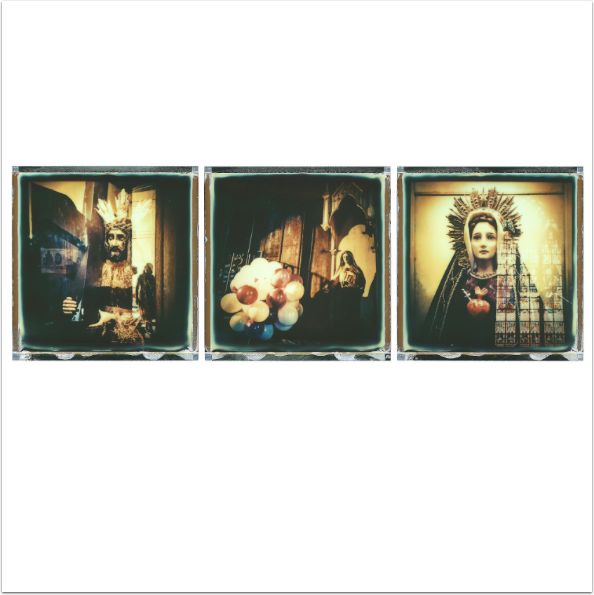 Image – Dreams of a Distant Place #34 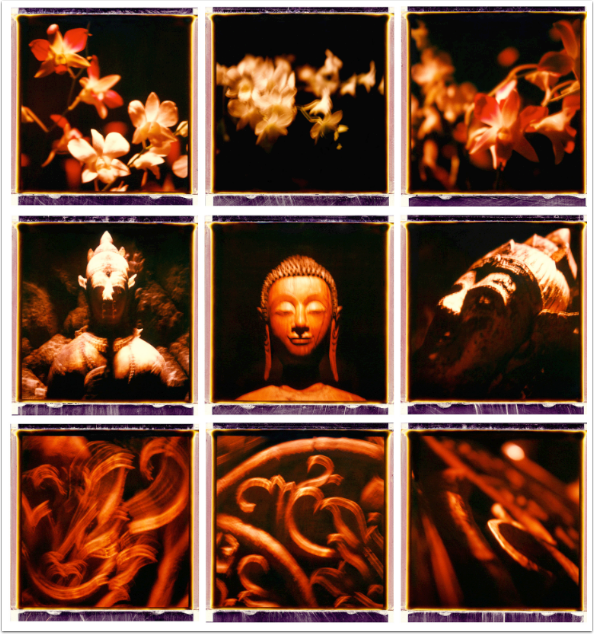 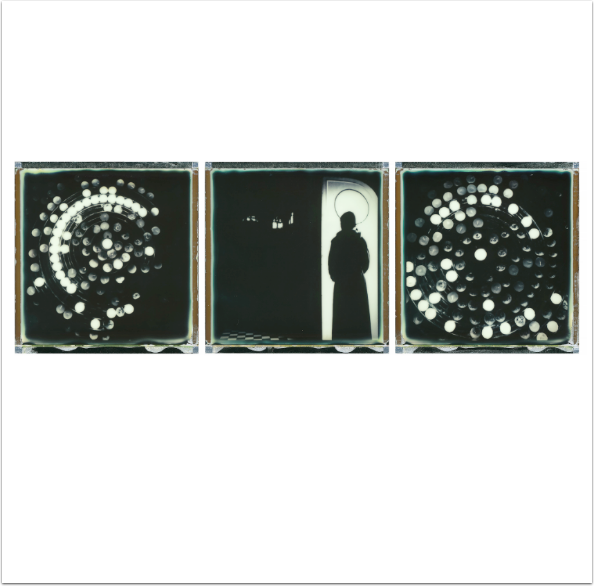 Image – Dreams of a Distant Place #35 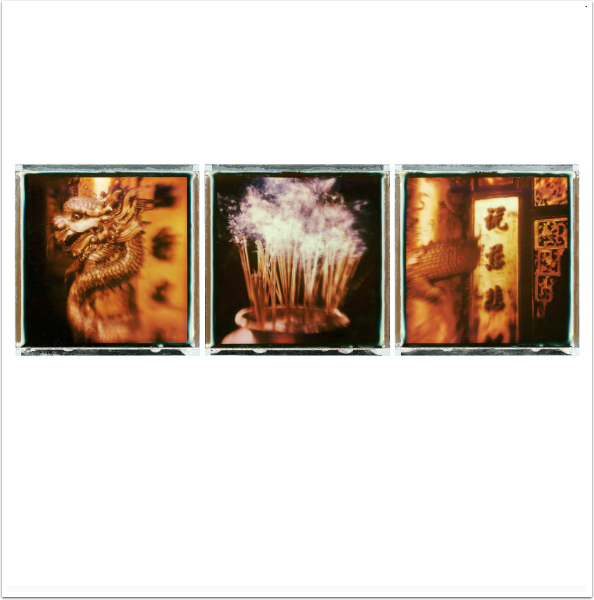 Image – Dreams of a Distant Place #17 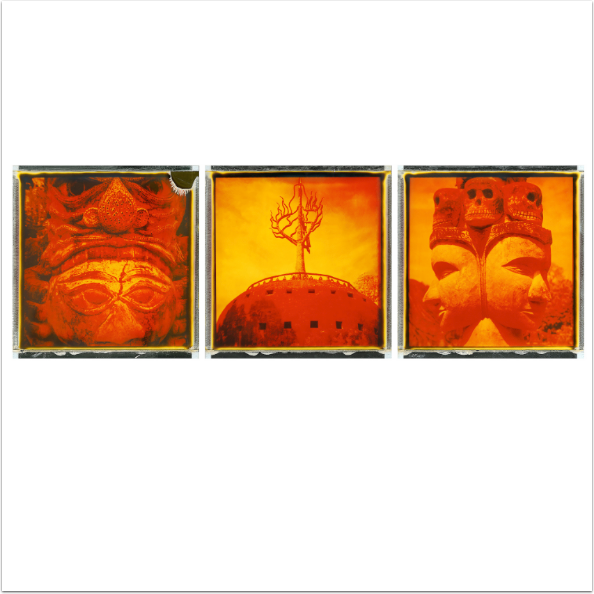 Image – Dreams of a Distant Place #08 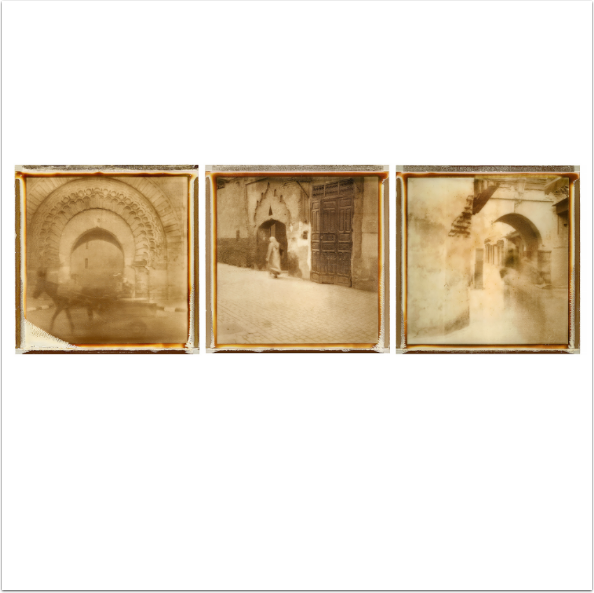 Image – Dreams of a Distant Place #02 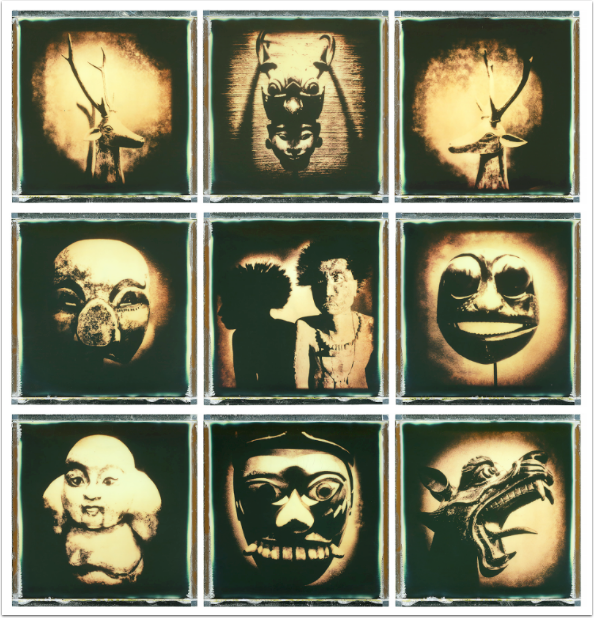 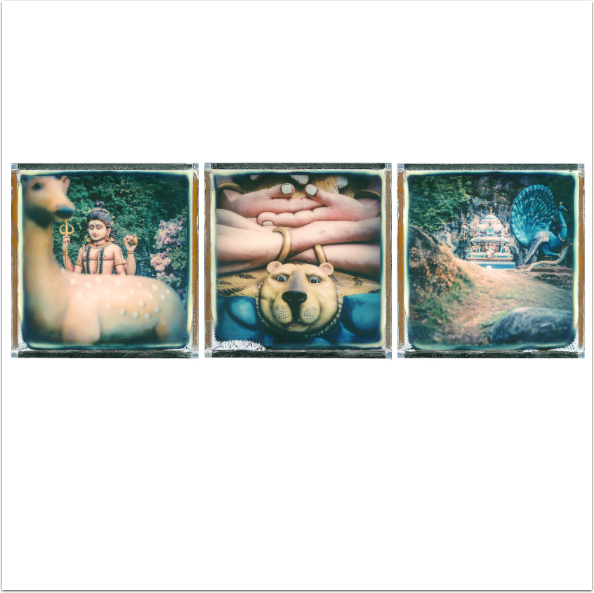 Image – Dreams of a Distant Place #38 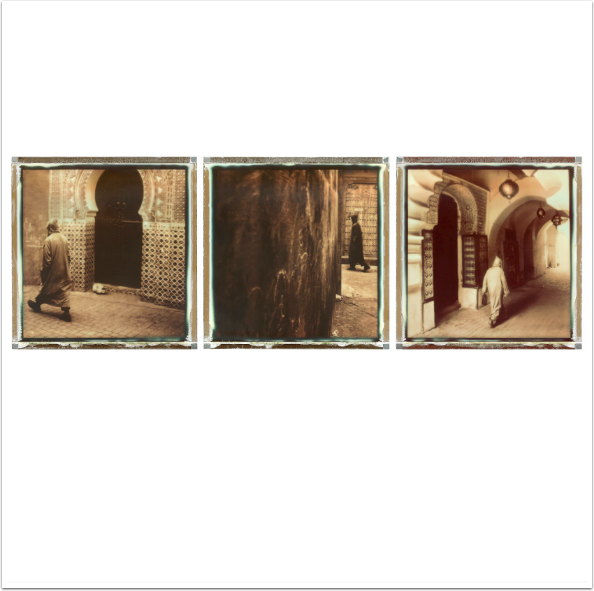 Image – Dreams of a Distant Place #01 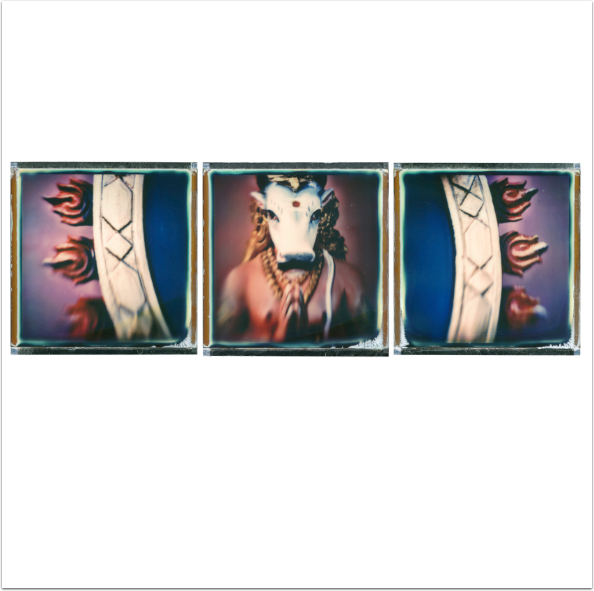 Image – Dreams of a Distant Place #39 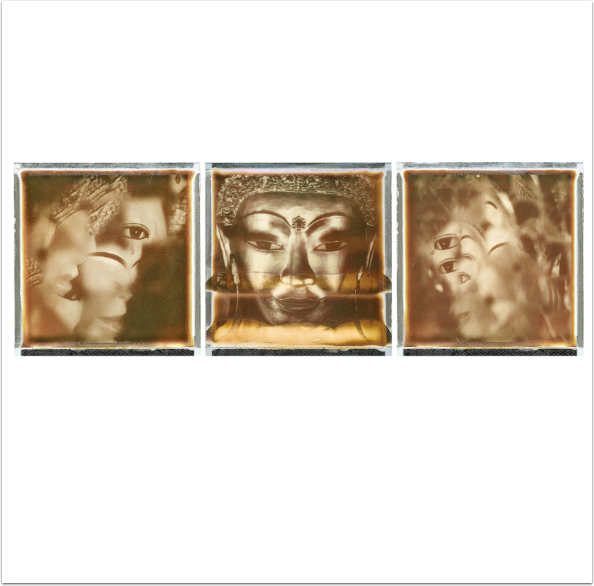 Image – Dreams of a Distant Place #40 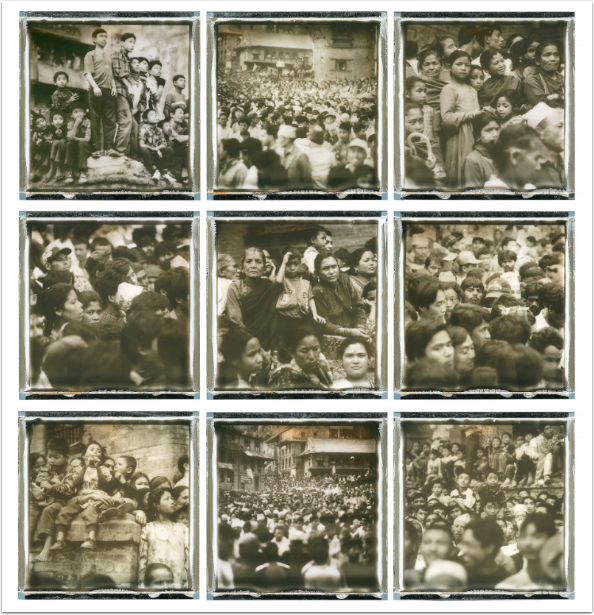