Welcome to the GRID, Program. Experience two distinct games set in the combat arenas of the digital GRID from the world of TRON. Enter to compete in classic Light Cycle and Tank games reminiscent of the TRON Arcade. Destroy waves of drones and derezz enemy Programs in single player campaigns or join a faction to compete in online multiplayer battles. 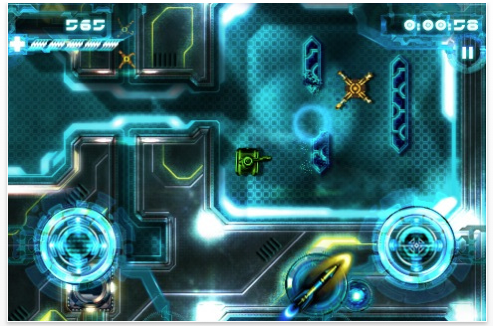 The classic arcade game re-envisioned for iOS. Choose flick or tap controls and use your Light Ribbon to derezz opponents by forcing them to crash. The single player campaign includes dozens of stages wrapped into eight increasingly intense levels. Choose multiplayer to compete in two, four, or six player online contests. 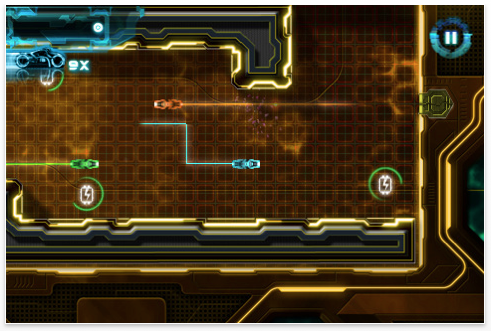 Tanks are one of the most heavily armored military Programs in the TRON world. Patrol the GRID and destroy drones, turrets, and enemy tanks in single player mode or build up points to climb the leaderboard in multiplayer combat. Collect power ups to upgrade cannons and grenades as well as special weapons that wield massive powers. 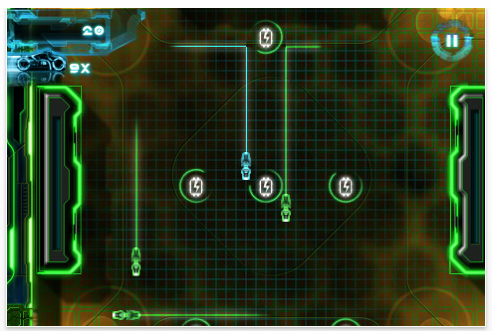 Both games allow Users to create a Program Profile where you can track achievements, view leaderboards, create a friends list, get news, and send messages. 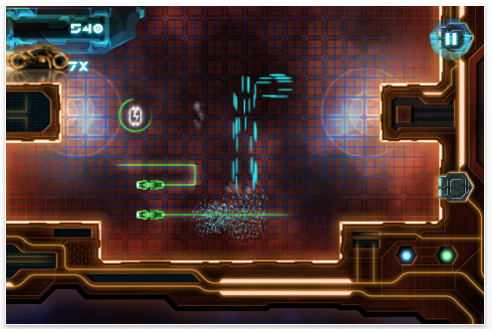 Navigate the CORE MENU and connect to all things TRON:
–Connect to the official TRON: Legacy mobile site for movie information including videos, showtimes, tickets and more. (US only)
–Watch the latest movie trailers. (non US only)
–Check out the art from TRON: Betrayal – An Original Graphic Novel Prequel to TRON: Legacy.
–Relive ComiCon with exclusive video from the TRON Panel.
–Stream “Derezzed”, the new single from the TRON: Legacy soundtrack by Grammy Award-winning duo Daft Punk.
–Includes the latest trailers and information for the upcoming video game, TRON: Evolution, the prequel to the movie.
–Unlock an exclusive digital clock when you dock your device to the Monster Docking Station.