Welcome to another new series of interviews and insights that we are running on theappwhisperer.com, we are delighted that our A Day In The Life Of Series is so popular and successful and will continue to run that, we love it.

We think you’re going to enjoy this, a lot. Today, we are featuring Sean Hayes an iPhone photographer with a phenomenal reputation for stunning images. Born in London to Irish parents, Hayes’ family soon moved back to Dublin, Ireland and that’s where he grew up. When Sean reached his early 20’s he left and moved to Paris and then on to Brussels where he now lives with his Belgian wife and children.

Sean is a Freelance Advertising Art Director by profession, and you can find out more about that here http://www.wix.com/shonski/sean-hayes. Sean started shooting images with an iPhone in 2009 and began to submit work on a regular basis to sites such as www.iphoneart.com, www.eyeem.com and http://pixelsatanexhibition.com in 2010.

We have included exif data, in as much as the app or apps that were used to create the final image. As some of the images were cross processed we have listed the apps in the sequential order they were used in the editing process, we have also provided links for each app to the iTunes
App Store, just incase you’re inspired enough to try them out for yourself as well as accessories used. You can find all the links at the end of this article.

(If you would like to be interviewed for our new ‘Extension Of The I’ section, just send an email to Joanne@theappwhisperer.com, and we’ll get it set up.

So, without further ado, let us begin… 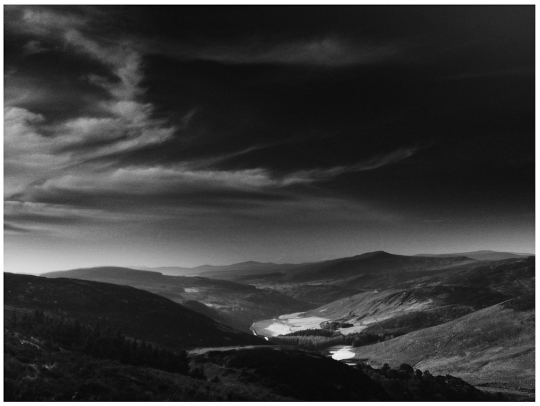 SH – When I was about 18, I came across the work of Ansel Adams. I loved the epic quality of his work and those rich, velvety black and white tones. I went out and bought myself an SLR Olympus camera and tried to emulate his style. I even did some darkroom work. Then all my camera equipment was stolen. And I stopped as quickly as I started. I became an advertising art director instead. That allowed me to continue my passion for photography, albeit through working with professional photographers on ad campaigns. Then, at the ripe old age of 49, I started shooting again. First with a DSLR and now exclusively with my iPhone. 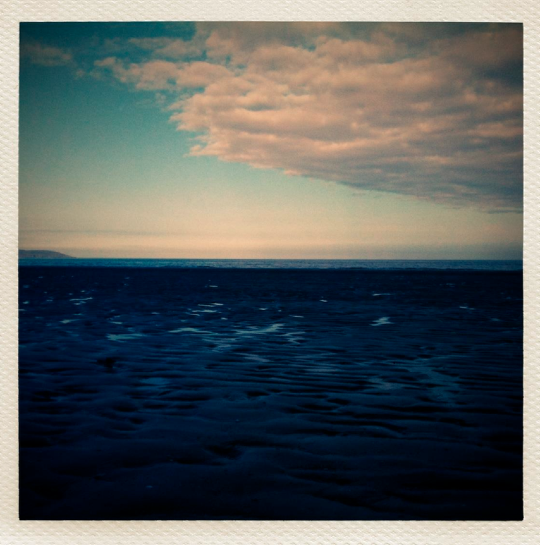 SH – I was captivated from an early age by the Impressionist painters and the Surrealist photographers. Everyone from Degas to Man Ray has informed my visual education. In adulthood I was drawn to the work of Bailey. I loved the brevity of his portraiture work. But above all, as I mentioned above, I would love to have the dedication and the artistry of Adams to influence everything I do from now on. 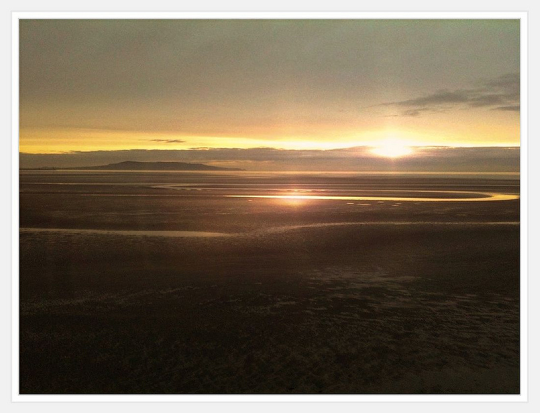 SH – Authenticity. In other words, something that is real and timeless. Be it a face or a landscape. The quality I seek in my personal photography is possibly a counterbalance to the artifice of my profession. 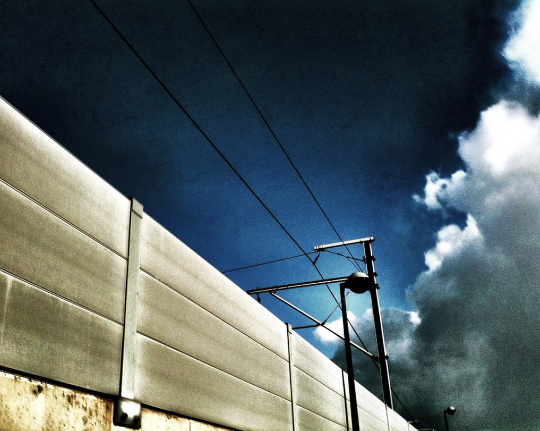 SH – The beauty of something authentic. 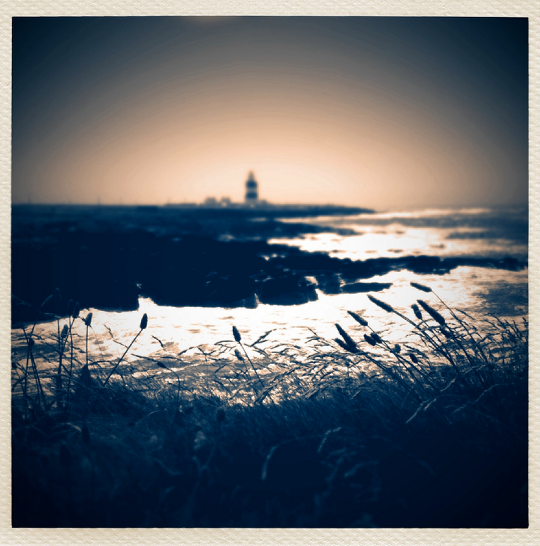 JC – How did you “settle” on this subject?

SH – I don’t unfortunately. See next question for details. 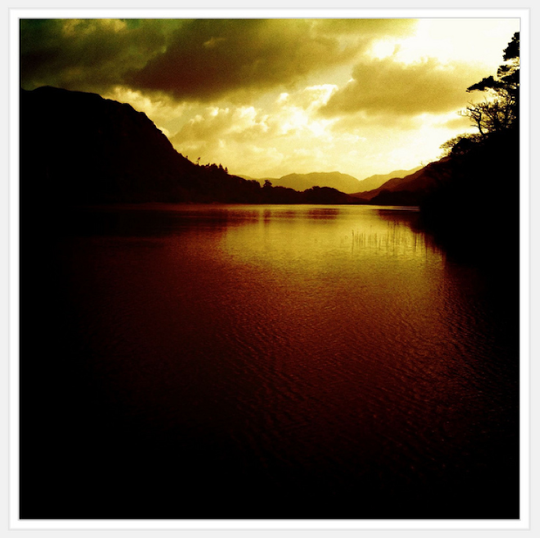 JC – Is there another area/subject that you would like to explore, if so, what and why?

SH –     My work is somewhat eclectic – I’ve attempted most styles and approaches. With varying degrees of success. This my weakness. I find it difficult to ‘settle’ on one way of doing things and really mastering it. It’s something I’m working on. 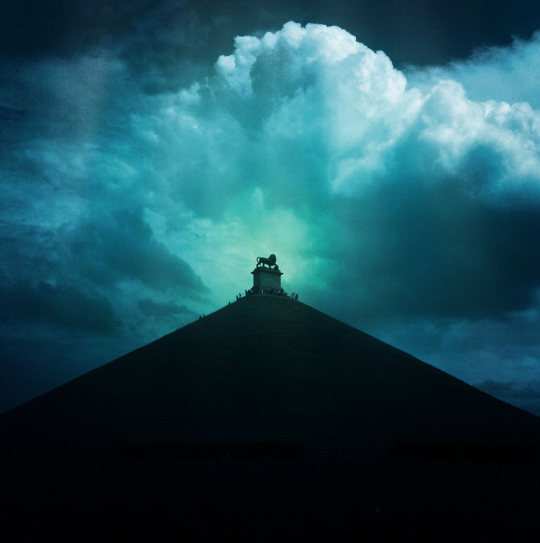 SH – Nadav Kander. He is a London based, Israeli born, South African raised photographer. As well as being a wonderful advertising photographer, his personal work adorns the walls of such esteemed galleries as the National Portrait Gallery in London. Why? Again, it goes back to authenticity. Even his commercial work steers clear of crass contrivance. 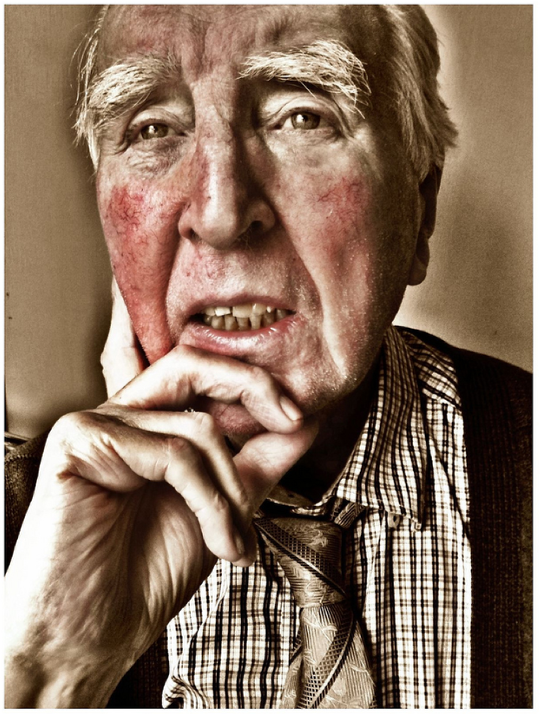 JC – Henri Cartier-Bresson is/was in many ways the Godfather of street photography, even in the 1930s he enjoyed using a small camera for discretion in order to capture people and tell a story-do you feel this way regarding mobile photography?

SH – I think Henri himself would have been in awe of mobile photography. “Run that by me again – I can shoot, process and print all from one small device that fits in my pocket?” He would have found it indistinguishable from magic. I still do. 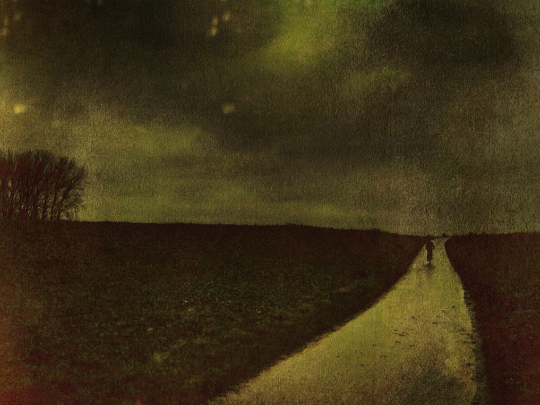 JC – Tell us about your photographic technique do you rely on intuition or do you believe in a more formal/trained approach?

SH – Rules are for people who don’t know what they are doing. Nonetheless, listening, learning and looking at the work of past masters is the best “formal” education there is. And copy. Originality is the art of hiding your influences. 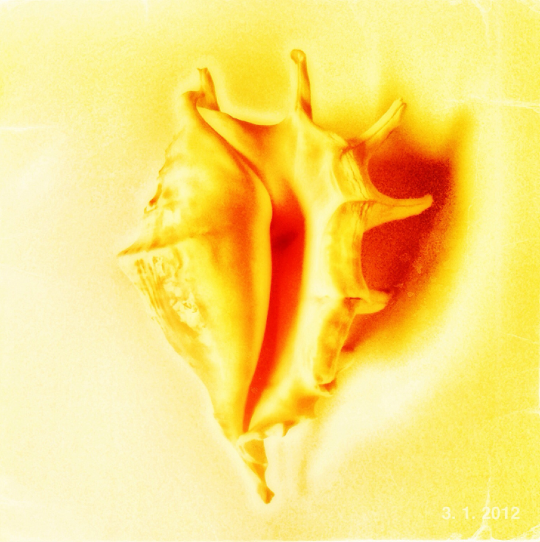 SH – It’s regressed actually. I’ve noticed that there is a powerful incentive to shoot, process and post – all in the blink of an eye. And I’ve fallen into that trap. Some of the images I have posted recently are just sloppy. I’m more reflective now, take my time and try to only post work that is really worthwhile looking at. Or at least I try. 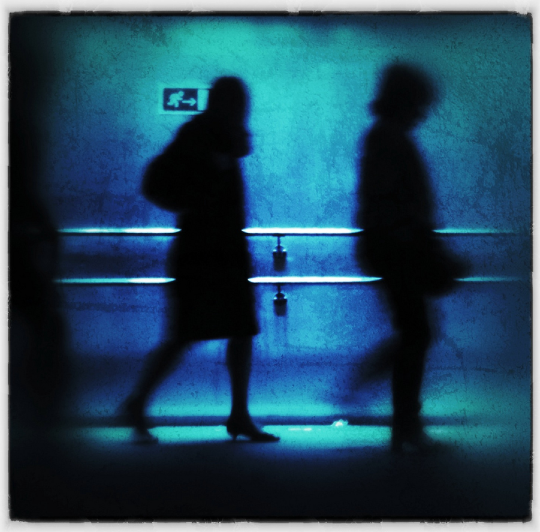 SH – If you can’t please yourself, it’s highly unlikely that you will please anybody else. Same truism applies to photography. 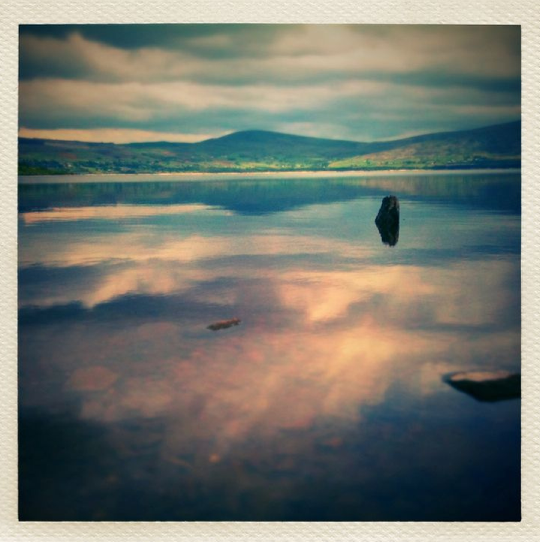 SH – I admire photographers who use the medium to explore their own psyche and inner life through self-portraiture and/or erotica. It’s brave to put oneself out there like that. The world is still a puritanical place that considers the freedom of selfhood and it’s affirmation an abomination. Have I answered the question? 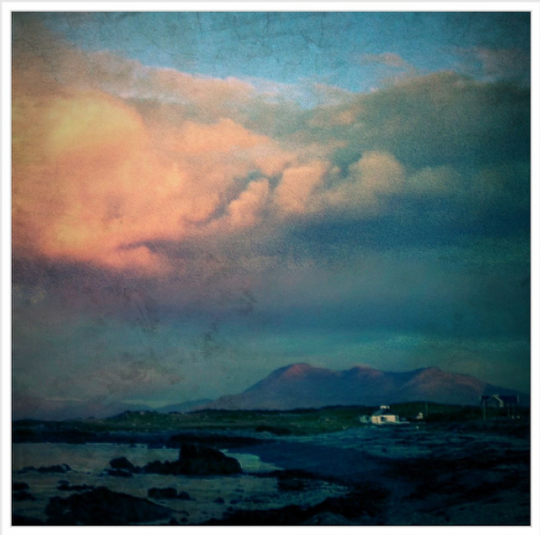 SH – I know it’s a cliche – but it’s the one I haven’t taken yet. I have work that I’m pleased with. But it only lasts a day or two before I’m off trying to do something better. 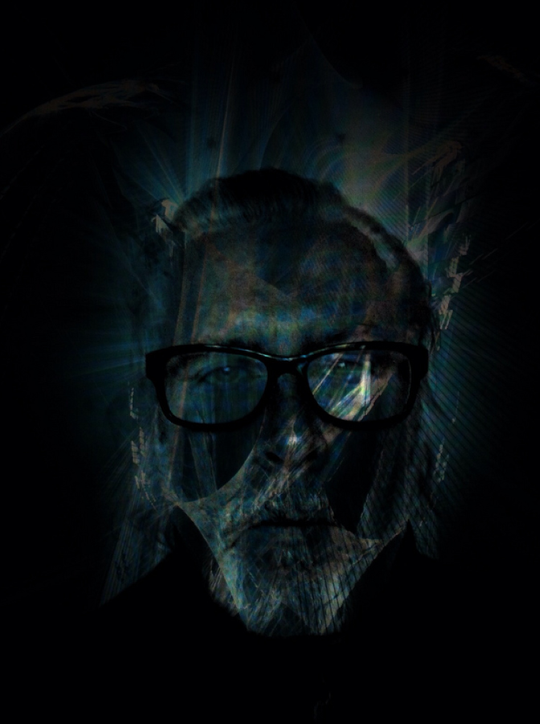 SH – Of course. It wouldn’t work if I didn’t. To evoke heartfelt emotions in oneself and others is the goal of all creative pursuits. Gives the head a day off. 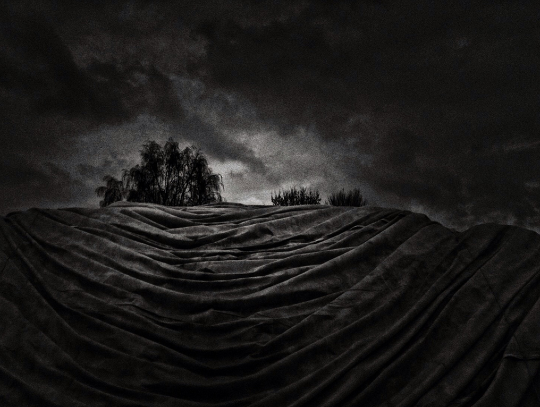 SH –     Apart from photographing close family and friends, not really. 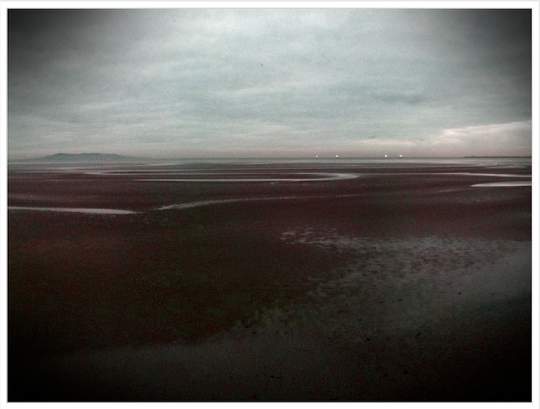 SH- My default app for “prepping” a shot used to be Camera+ (Clarity etc.) Now, I’m using Filterstorm on a more regular basis. (Crop, Scaling and Exposure) I tend to use a HDR app or/and Dramatic B&W to pump the details and then get a more realistic look by softening the image with other apps. I find I gravitate towards Pic Grunger for a more painterly look. Which I like. 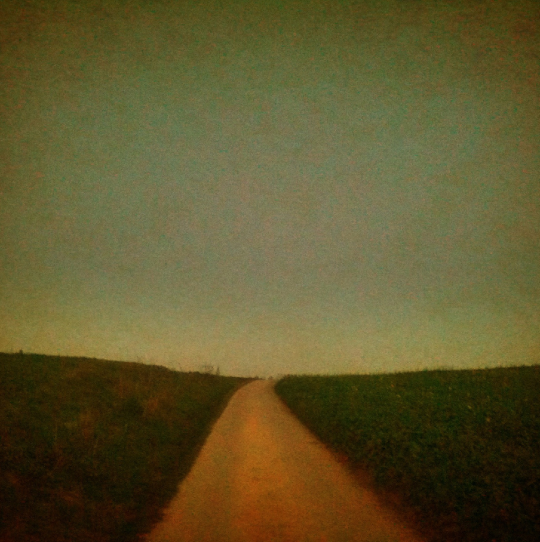 JC – Do you have any tips for post-processing?

SH – Try to keep it to a minimum. As an adjunct, I really admire the iPhoneographers who use a lot of apps , layer after layer, filter after filter, to great effect. The final piece works because of it’s complexity. I’m more in the brevity camp.

SH – Good question. Does downloading my images to iPhoto on my laptop and then on to an external hard drive qualify as a “workflow system” ? 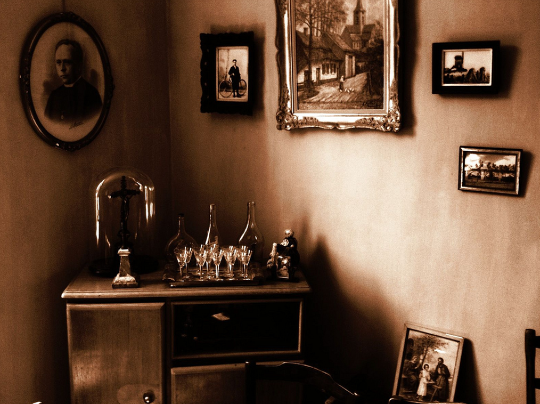 SH – The upside is that photography as a tool of personal expression is now more accessible than ever. The downside is that the people who chose or want to choose photography as a profession have become undervalued. The Napster generation, who have grown up and now occupy management positions, don’t understand why they should pay for commercial photography anymore. This is becoming a societal problem in general as more and more businesses go online and virtual. Online is code for “free”. 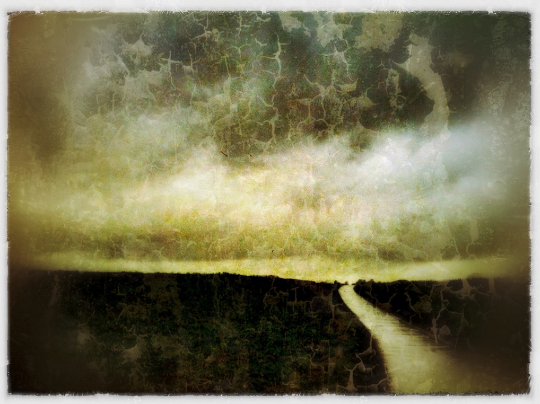 SH – Now that digital is so ubiquitous, I can see photographers going back to “craft” to give their work a special feel. And I think it is already happening. The 1’s and 0’s of digital cannot replace ‘the ghost in the machine’ of analog. The alchemy of a 35mm image or a glass plate will become more valuable and sought after by artisans and collectors.

Apps With Links Used In This Article… 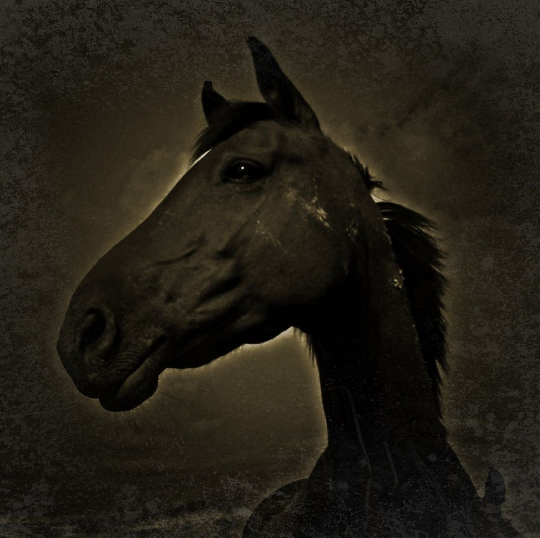