We’re delighted to publish this very well written article by our Columnist Star Rush for her column with us ‘Shooting Star’, which offers inspiration and guidance in seeing as a photographer sees, for those interested in in exploring creative ways to observe, record, and comment upon the small and large moments of one’s life and those people, things and places around them with a smartphone camera.

In this article Star takes a look at the cognitive effect of mobile photography and explains her thoughts, observations and technique processes. Don’t miss this…(foreword by Joanne Carter).

“My personal photography is about seeing attentively. It is a way to cultivate awareness of my surroundings, a means to observe. I think about how I may record what I observe, which means sooner or later, I’m thinking about a camera or lens. Perhaps I’m wired this way because I engage a similar process when I write. Whether in words or images, I’m trying to record and comment upon my surroundings and the relationship I have to those surroundings.

The smartphone’s ubiquitousness, accessibility, and ease of use, makes it tempting to capture a lot of images, all of the time. It encourages us to abandon discernment of our experiences, to put the recording ahead of the observing. Here’s the thing, though, not everything that passes my eyes or through my consciousness is worth recording in an image or with words. Not all that surrounds me is a photograph. My consciousness is not a photograph; a photograph is artificial. It is a construction of my imagination, and for me to make a photograph that holds meaning, I must be selective in what I choose to move from mere experience of consciousness into a photograph that becomes an artifact, which is separate from me.

One good photograph begins, so often, by choosing NOT to take five, 10, or 20 other photographs. In other words, sometimes it’s better to spend more time observing and thinking and less time shooting. This is a debatable point, and others will say take as many photos of your subject as you can, shooting away since its digital, edit later, delete later, cover your bases. I won’t disagree with what works for others. For me, I find that when I bring a certain level of deliberateness and intentionality to my photography, I more often succeed in capturing something of value. I think through a lot of my choices before I actually press a shutter release.

I don’t tend to find the best angle or frame for a subject through the camera, looking at image files while shooting. That’s editing. I look at my subject directly, without the camera, walk around it. Stare it down. Bend down, rise up on tip toes, and even squint at it. I step closer and walk back. Then, I decide and shoot. Usually, I take one or two shots of the subject before moving on. Sometimes these actions take place very fast, and with practice that happens–a process will be shortened as a result of practice and familiarity. At first, the looking and pre-shooting takes much more time. It also takes a certain kind of comfort in missing a shot, which I also have learned from. I’ve learned, from all the photos I have missed or messed up in focus or framing, that I have it in me the ability to take more than one good photo. I’ve learned resiliency and that it is possible to break from the debilitating grip of perfectionism.

My candid street photography is like this, too. I move a lot, I look around a lot, with my camera at my side. I don’t shoot a lot. I get in the habit of noticing how people are, what’s in the environment around me, what’s coming next. I think that as far as street photographers go, I may be a very slow one. I think, in my head, I fire off a ton of shots–they just don’t make it to my camera roll.

So how to practice seeing attentively? Try the technique of notice and focus, which is something I teach in my writing classes, drawn from the book, Writing Analytically by Rosssenwasser and Jill Stephen. Sometimes try this without a camera to temporarily suspend the urge to shoot everything that crosses your path. Notice and focus can cultivate keen observation of details, and it’s the details that speak in a photograph. First, ask: what’s here or what’s not here? Second, ask: what’s important, surprising, or questionable about what’s here?

First, notice by walking through your neighborhood or down your street looking closely at what surrounds you, opening senses as you do. When you enter a new space, drop the camera to your side and notice your surroundings. Slow down and take your time. Although we’re capturing a visual image, the sounds and smells of a place or actions help us become attuned to where we are and whose company we share. Walk slowly. With just your eyes, pan wide and far, zoom in close. Walk up to objects and touch or smell them. Stop and watch or listen to people. Try doing all of this without looking at your camera for the next shot.

Then, focus on what is distinguishing about a possible subject: shape, size, pattern, texture, expression, gesture, angle, and so forth. Focus requires choosing something from other things and setting it a part somehow. Focus also requires letting other things in your vision recede.

It’s frustrating and also illustrative to notice and focus on details that would make an interesting photograph and in the moment choosing not to take one. In such moments, it can become clear that making a photograph is different from having an experience.

An hour spent practicing a kind of mindfulness of place can help quite a bit when returning with a camera and the intentionality to take photographs. I find I remember those urges to frame an observation, to recognize the potential for imagery within an experience because I become aware that I am making judgements about what I see and experience; I stop being passive. 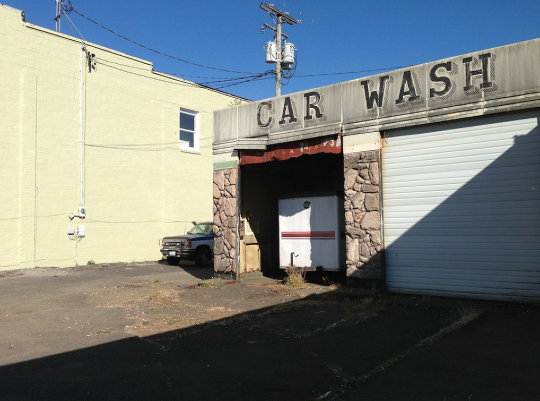 In “Car Wash,” I tried to record what I found interesting about the details in this corner of an old and abandoned service station in the small town of Raymond, Washington. I like the detail of the old serif type and contrast provided by the absence of any semblance of a car wash on the premises. I liked the detail of horizontal lines across the service station, the horizontal lines of the garage door and the bold line across the object inside the open door, the loosely hanging electrical wires, the vertical lines in the other building, and the way the shadow’s bifurcates the space on the diagonal. I was curious about the relationship between the high window of the building, the truck windshield below, and the open garage door. Each of these seemed related to me, each a frame in some way, and the second strong shadow in the open garage creates another metaphoric “window” or frame, too. Of course, the pick-a-boo presence of the truck in the alley gives me something to look at that brings both sides of the space together, adds an element of curiosity. Lastly, as I liked how deep and contrasty the shadows are on this afternoon and how they create this weight in the front of the scene that’s countered by the bright or light building to the left. That’s a pleasing balance to look at.

I took two photos of this scene: this one and another that is 90 degrees to the front of the service station. This frame is my favorite because of the depth that corner with the truck, window, power lines, adds to the photo frame. There’s a lot of business in the back of the frame that contrasts with the relative quietness up front in the black shadow or white building.

I spotted the typography right off, but I walked around this space for 10 minutes, looking at it from several angles to decide how I wanted to frame what I saw. This is pretty typical of my approach to these kinds of urban or rural landscapes. I try to take my time as much as I can. I also knew from the start that this would be a black and white photograph, because even in the moment as I experienced it, this was a black and white space”. 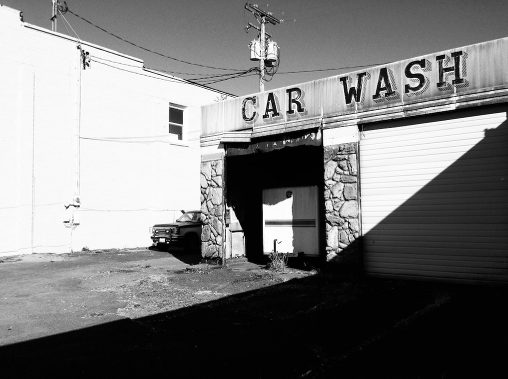 Star Rush is a Seattle-based photographer, writer, and educator, whose medium is predominantly connected (mobile) photography. Her street and documentary photography has been exhibited in the United States, London, and Europe and published in magazines Actual Colors May Vary, Camerpixo, Dodho.com and featured on international sites and publications: Resource Magazine, wired.it, and Volksrant. Most recently, her series “Departs” was published in Askgar Magazine. In 2012, her photoblog was syndicated on Photoverse, a handheld application developed by Kolekse.com. Her poetry and essays have appeared Hawaii Review, Fireweed, and others. Star often writes about connected photography for popular mobile photography sites world-wide. 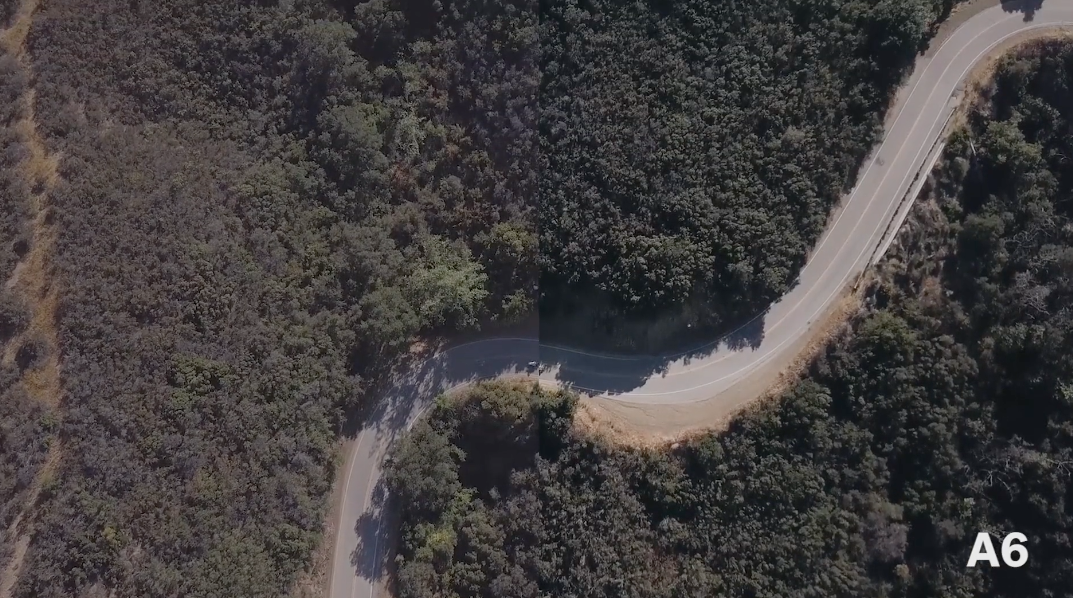 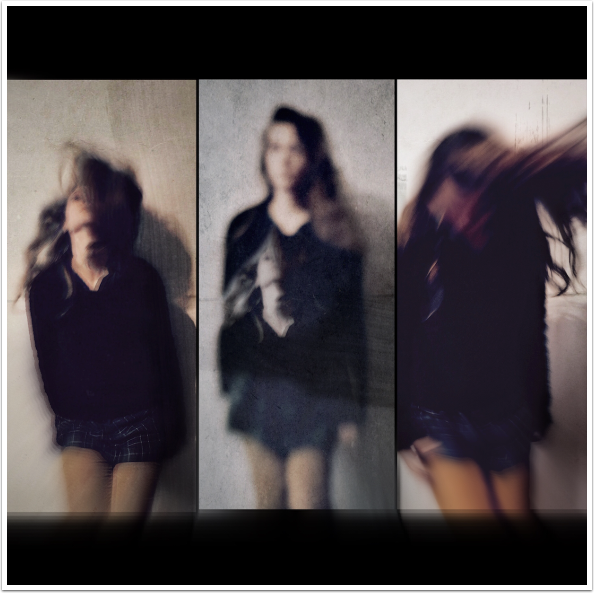 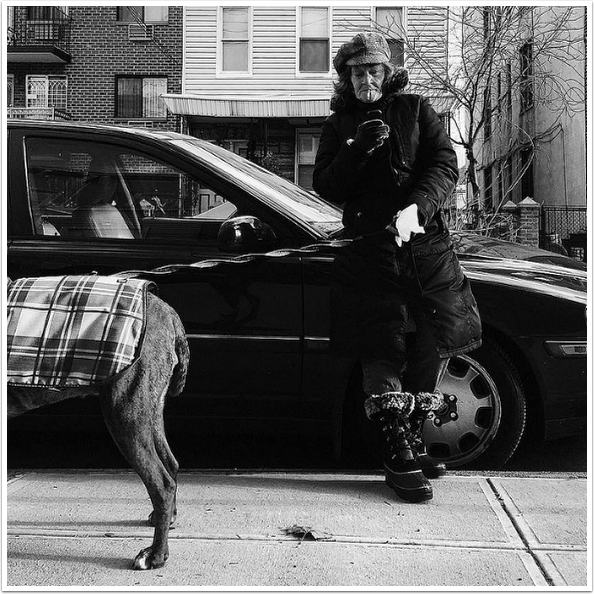