Here’s another superb article by Benamon Tame, we are sure you are going to enjoy this fifth article to his new column PictureBook with us. In PictureBook Benamon concentrates on the the story behind the image. As Benamon himself describes it: ‘As Photographic artists we do not just capture stories but create them, the journey behind and the image we present. PictureBook draws on Images selected from my own story series but will also look at the work of the other story tellers within the community’.

Don’t miss this radical creative article from Benamon, another fabulous article. Over to you Benamon. (foreword by Joanne Carter).

“Empty pedestals turned in a dozen music boxes that stretched across a corner of the lost toy room. The tiny dancers and glittering secret princesses had fled from the clockwork wall raised against Barrow House and its hunger. Clockwork spun and crawled over musical maps to send out their notes against the darkness while behind them porcelain hands shook and waited for the keys to stop and turn them again in fearful urgency.

In the darkness beneath the clashing waves of tin sang rhyme and lullaby stood Barrow House. From wall and window its strange limbs hung in restless torpor, while a hundred stolen eyes closed and watched a hungry architects dreams and a countless fading others. 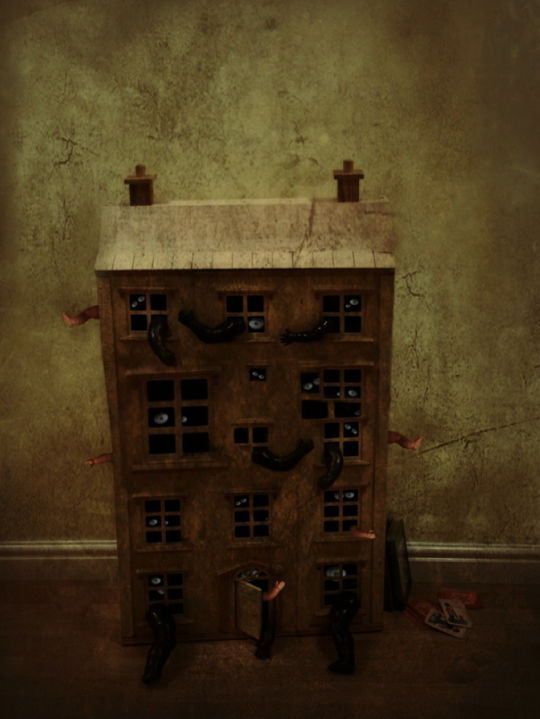 The idea of Barrow House came to me on a train of thought. I imagined the Rule of Loki and the start of his excesses. Some of the quieter toys start to look for a way out; would some take shelter in the Dolls House and hide? Pretend furniture piled up in small barricades against his games?

But then what of the same force that gave them life had touched the house (by accident or even stranger design) and given it its own life. Would the House welcome the visitors or reject them as intruders. Would their leaving twist it with emptiness and loss? Would the form affect the life it had achieved? Baby shape to a baby. House shape to a house?!

I settled on a lumbering brutish thing, it perceived those around it and those who wandered through it and wanted more. It took those that sheltered from Loki first, scattering the pieces amongst its rooms, making and remaking to see each part and where it could fit them to itself.

The other toys soon realized what the House was and gave it a wide berth while Loki used it as threat to keep them in line. Bit by bit Barrow House grew and eventually it moved and began to hunt. That might have been the end of the toys but by chance Loki found its weakness.

Against the sound of music Barrow House could not move, maybe it stirred within it emotions that would overwhelm it, maybe the remains of all those it had consumed were awoken and pulled to be apart again. Barrow House now waits, kept at bay behind a wall of music boxes, its hunger bound by clockwork song. 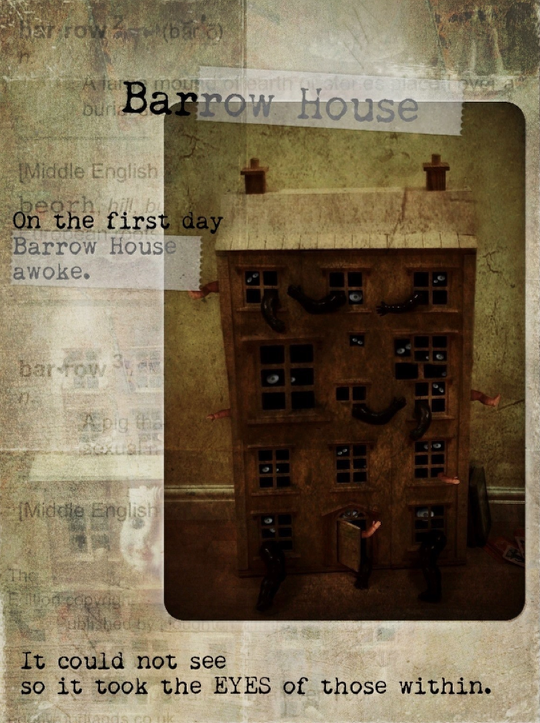 Within the Lost Toy Room Barrow House represents a Primordial force, beyond good and evil (Loki and Eloise) that cannot be reasoned or appealed too. I liked the imagery and the symbolism of the music boxes, music to tame the savage beast. Music as the product of though and order against the chaos and the image of a line of desperate and weary toys guarding the keys to keep the music playing. The name Barrow comes from name for ancient Anglo-saxon burial mounds. Hills of earth created to house chambers for dead princes and kings. As houses of the dead other myths grew up around them as gateways between worlds or to the realm of the Faere.

For my final piece so far featuring Barrow House I created it as its future end, the death of music boxes and the room devoured. Barrow House bloated and deformed with all that it had consumed. 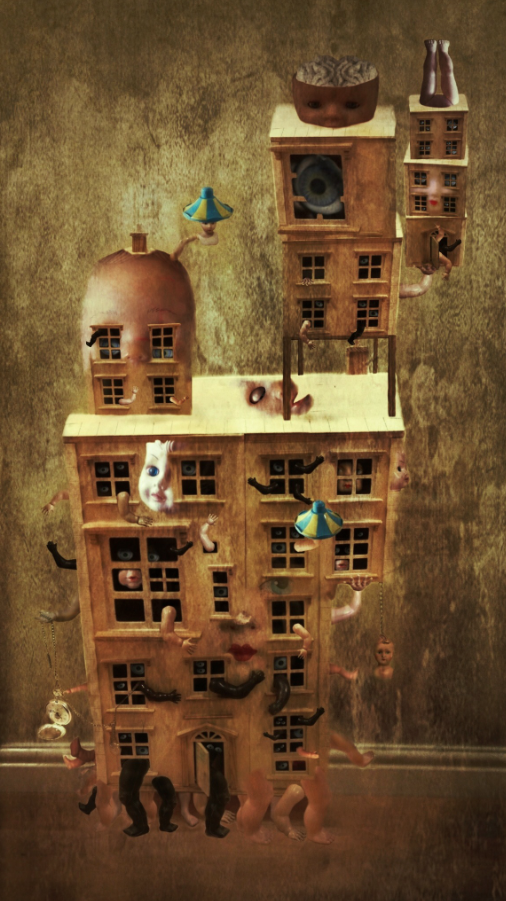 The images for the Lost Toy room were created using Iris Photo Suite, ScratchCam, Juxtaposer, Pictureshow and Snapseed. Lo-Mob, Phonto and Labelbox were used in the typewriter remix and in the Dreams of Barrow House Diptic App was used to create the long canvas”. 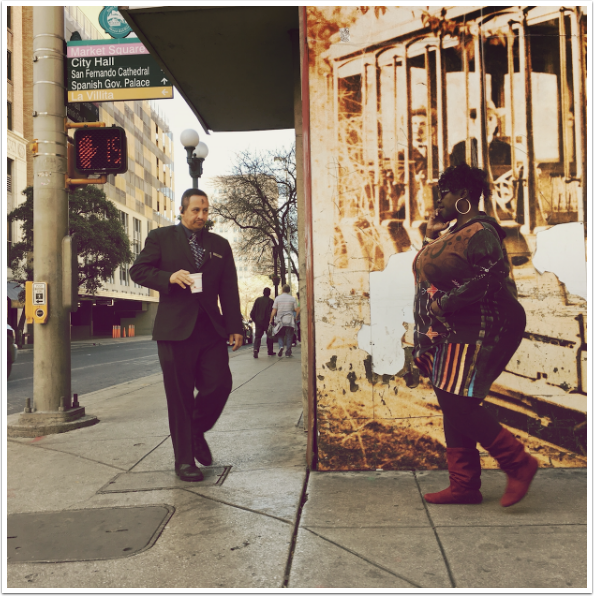 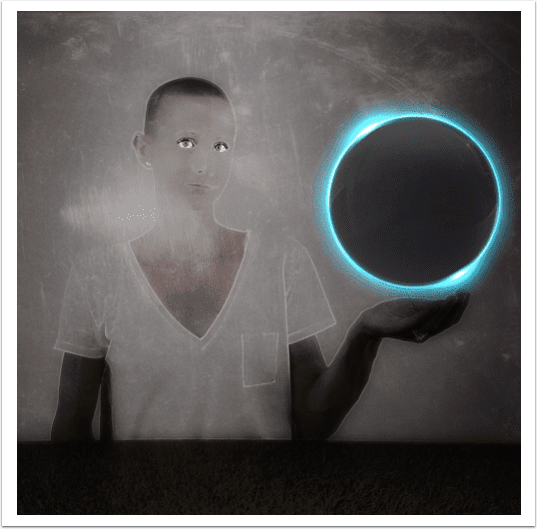 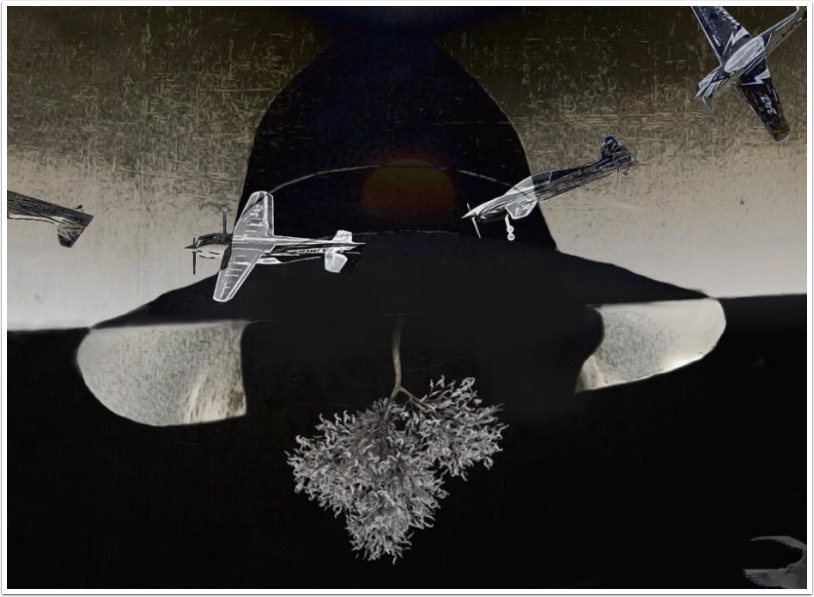