We’re delighted to publish a brand new article Benamon Tame’s nineteenth, to his column PictureBook with us here at theappwhisperer. In PictureBook Benamon concentrates on the the story behind the image. As Benamon himself describes it: ‘As Photographic artists we do not just capture stories but create them, the journey behind and the image we present. PictureBook draws on Images selected from my own story series but will also look at the work of the other story tellers within the community’.

The Morality of Curiosity – Murnab 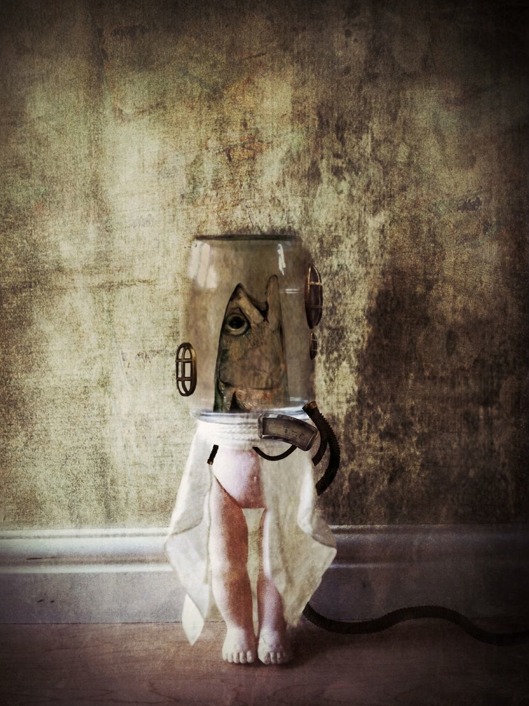 Dirty bubbles like old copper bearings rolled slowly up the inside of the jar. The cloudy water was the colour of long forgotten tea or the tears that fell from the face of Automatic Eloise the day she had stopped talking. At the base of the jar cables like bloated worms twitched and writhed away, pulsing with the steam heart beat at the other end.

Silver smile and eyes like secret pools track Syster as she adjusts the seal and steps back to admire her creation. Through his eyes she is a strange vision, a pale octopus waving in a sepia world.

Another figure slipped into view, its head white and pointed. This one didn’t not swim, its image did not
shimmer through the water but stood hard and clear.

Murnab shivered and took its first step, back from Loki’s gaze

The morality of Curiosity. In Murnabs eye remix 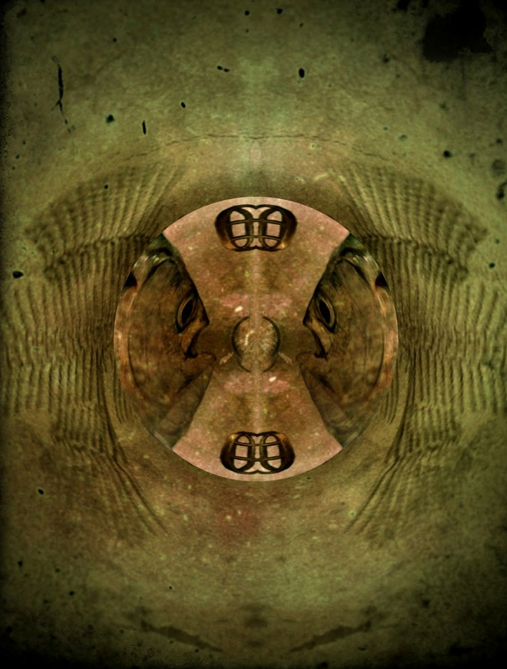 ‘The morality of Curiosity. In Murnabs eye remix’ – ©Benamon Tame

Murnab was made by Syster with what was left when she remade Barnum (Barnum will be in the next piece but I have decided to revise him first). They were the first toys remade by Syster after she altered herself following Loki’s abandoning of the Maker Law.

During the early days of Loki’s rule he had ordered the toys in a strict hierarchy with himself and the other dolls at the top. There had been harsh penalties for different toys mixing or swapping parts. This had started as another tool for Loki to control the room but was also part of the laws of Toy Town. When it became clear that Toy Town would not let Loki and his supporters in he abandoned the law and allowed himself and the other toys to follow the path that Toy Town had already condemned them for.
Syster had found the fish at the bottom of an aquarium that had been stored at the back of the toy room.

Whatever power had affected the toys had touched the living as well and left them with the same resilience of the toys.

The morality of Curiosity. In Systers eye remix 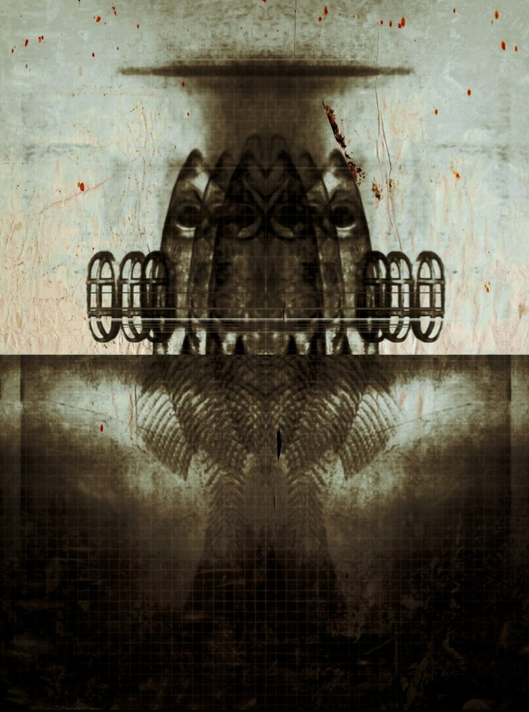 ‘The morality of Curiosity. In Systers eye remix’ – ©Benamon Tame

In designing new toys I limit it to materials that might have been in a period toy room with a margin for items left in storage when it was closed. I wanted to bring a steampunk feel to the piece which would be in keeping with the style and also the spirit of the series.

As for a name, reversing Barnum and tweaking a bit seemed appropriate, and as for why Barnum is Barnum, I will save for his story.

I started out with a shot of the doll ( Loki proving my base again!) and the jar on his head with a second shot with my daughter holding the jar ( my girls are used to odd requests for my photos 🙂 to give me the material. I added the material to add some extra texture to the image and a bit more body. 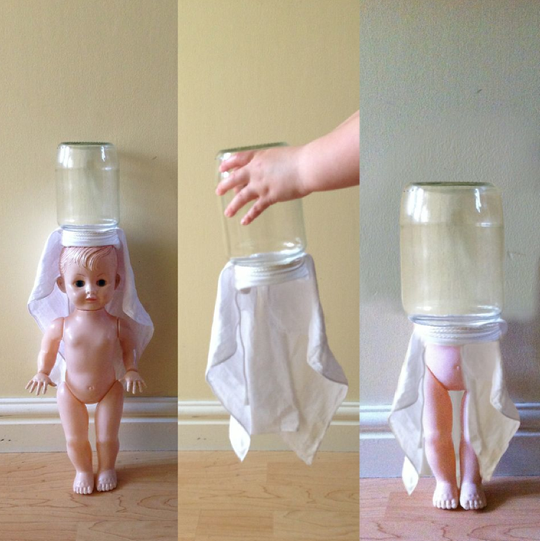 I added the fish from a picture I took at a fishmongers, this had been taken a while ago for my stock album, and the new image was blended in the original image using blender.

I then added extra piping to go out of frame, this was Systers first mechanical construct and like the early diving bells and diving suits, the bulk of the apparatus would have been stationary elsewhere. 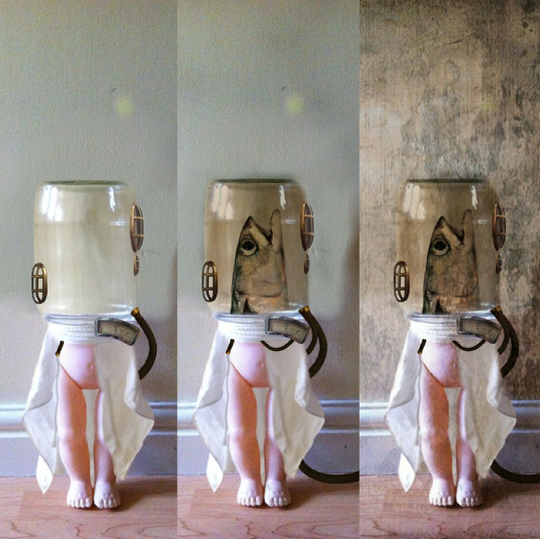 Texture was then added and the image finished in Iris Photo Suite, Snapseed and Pictureshow. 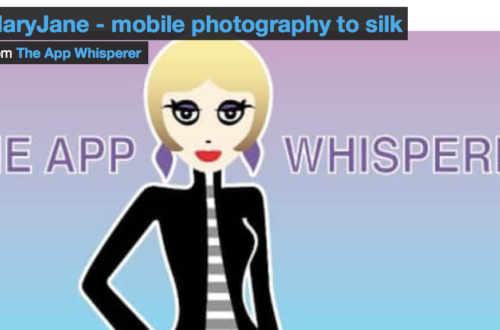 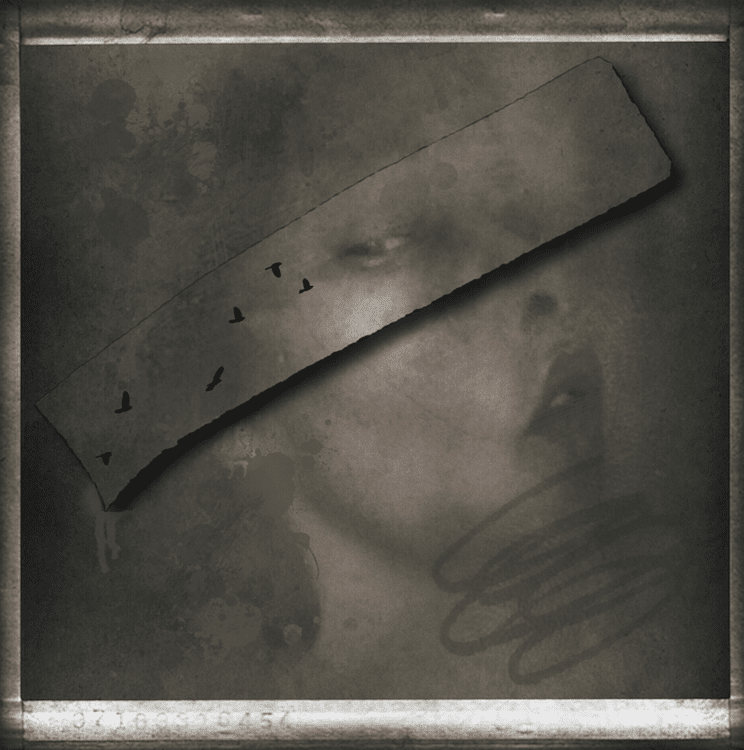