In just a month from now, Impossible will move from the office and shop space it has occupied for the past four years on Broadway and Canal, in Manhattan, to a new space in Brooklyn. Sadly, we will also say goodbye to around half of Impossible’s current US employees, some of whom have been with the company since its foundation.

A smaller team will continue to manage Impossible’s North American customer service, warehousing and fulfillment, as well as camera refurbishment and repair.

In recent months, we have sharpened our focus on film research and development, as well as the design and development of a new camera to be launched in 2015. To afford to do so, we have had to re-assess our global presence. In April, this year, we announced the closure of our global Project Spaces, with the exception of Paris. We are also closing our offices in Japan and China.

Impossible has a lot of work to do on its core product – analog instant film. And while more people than ever are using Polaroid-format instant photography, driven by the wider availability of refurbished cameras and big strides in the quality of Impossible’s Color and B&W films, we still have some way to go to surpass the beauty, stability and real instantaneity of Polaroid’s original films.

Late last year, we hired Stephen Herchen, the former Chief Technology Officer for Polaroid under Edwin Land, and a co-founder of the US-based Zink Imaging, as Chief Operating Officer. He now oversees film development and production at Impossible’s plants in Monheim, Germany, and Enschede, in The Netherlands.

Our largest investment of both time and money has been – and must continue to be – in the development of our faster-processing, next generation films, as well as in the design of new cameras that will sustain the relevance of these films for a new generation of photographers.

Impossible is becoming much leaner, but more efficient. We are returning to the basics of a smaller, more communal and manageable scale of a start-up – which, when all is said and done, Impossible still very much is.

When Florian ‘Doc’ Kaps and Andre Bosman bought the very last factory in the world manufacturing Polaroid instant film, five years ago, they assumed something of a sacred trust: to create films – and cameras – that would make the late, great Edwin Land proud. A new (and younger) generation of Impossible employees are even more intent on doing just that!

If they’re successful, this analog instant medium for which we all share a passion is not only going to survive but thrive for future generations. 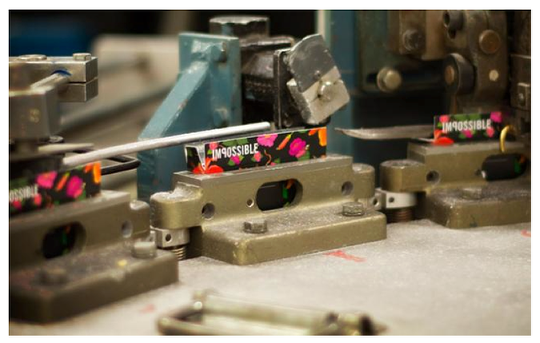