According to MacRumors Apple have announced today that they will start selling their magical device within Apple Stores in China and selected Apple Authorized Resellers this Friday 17 September, from 10 am. 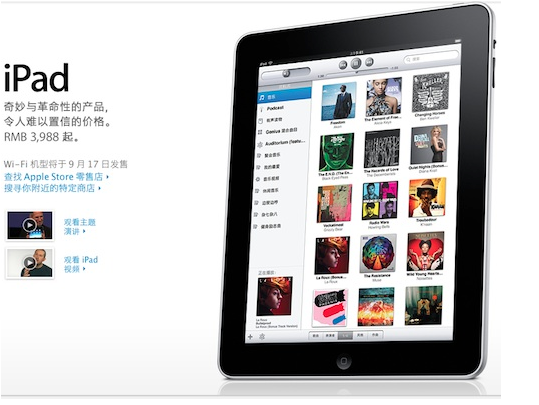 No news on the 3G iPad models yet although current Chinese iPhone carrier, China Unicom had previously announced that it would be offering the iPad and we’re assuming they were referring to the 3G models.