We think you’re going to enjoy this, a lot. Today, we are featuring Geri Centonze. We previously interviewed Geri in our A Day In The Life Series of Interviews, if you missed that, you can read it here.

Check out the full interview below.

(If you would like to be interviewed for our new ‘Extension Of The I’ section, just send an email to Joanne@theappwhisperer.com, and we’ll get it set up). 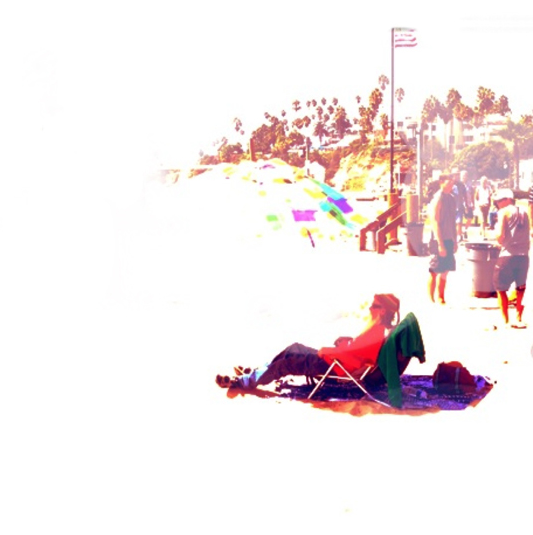 GC – I purchased my first camera when I was in high school back in the 1970’s. I loved the candid images that a fellow student was taking for our school newspaper and purchased a Konica 35mm camera from J.C. Penney’s. It took me a year to pay it off in monthly payments! I followed my parents and dog wherever they went snapping one photo after another. I remember entering a sunset photo in a contest with the Los Angeles Times. I married, had two sons and although I owned that camera until 1990, it was used mainly for family photos. 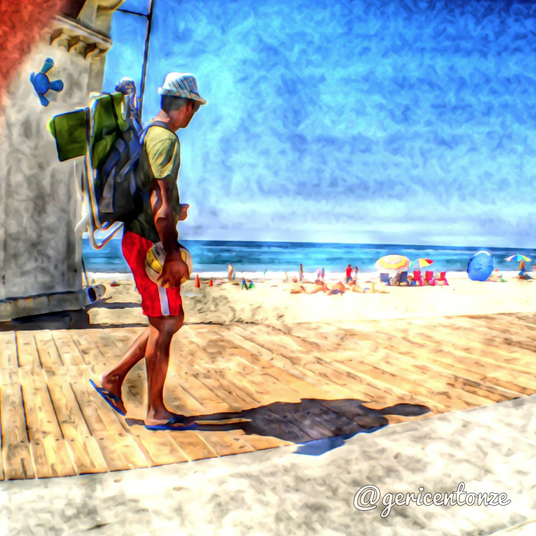 GC – People are fascinating to me, so any chance I get I try and capture them going about their everyday lives. I find this much more interesting than a posed photograph. For four years I was a sci-fi sketch card artist, so when I can, I like to incorporate a painterly feel to my edited images. 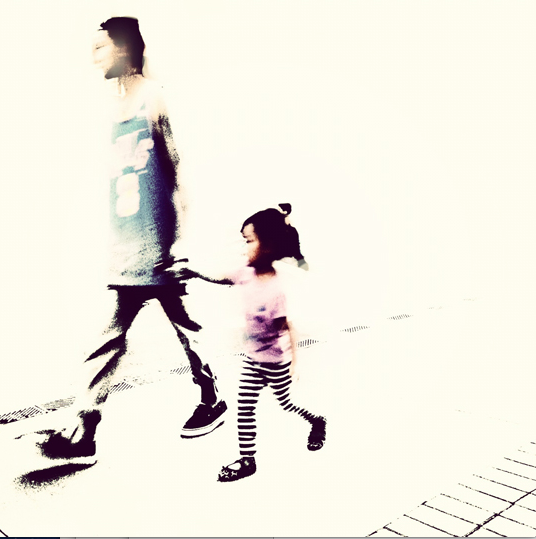 GC – Half the fun of street photography is getting the image while staying undetected maybe it’s the challenge! I also capture images with the intent of seeing what I can do with them artistically later. 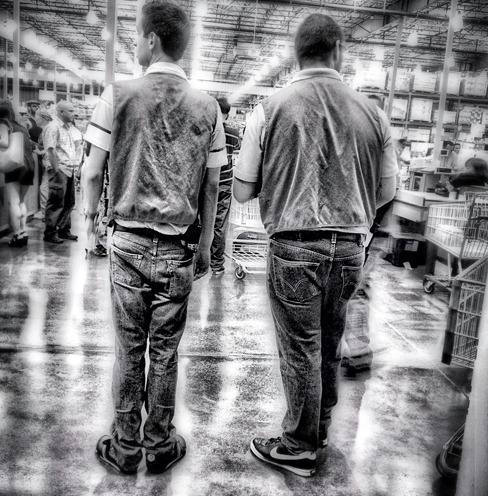 GC – The beauty in everyday life and in every person. Sometimes as I’m editing an image, it tells me a story and then I continue the edit along those lines. 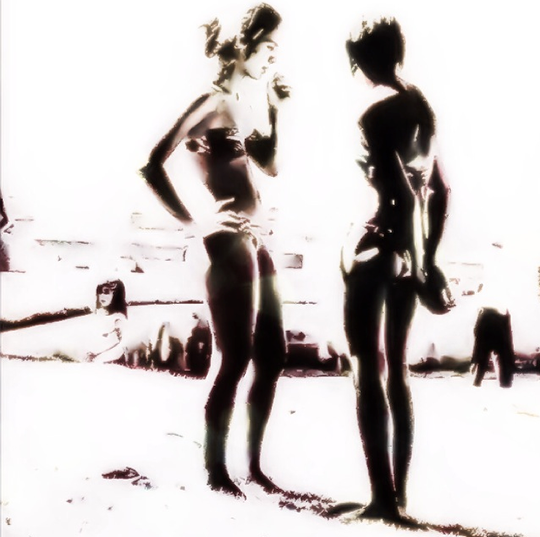 JC – How did you ‘settle’ on this subject?

GC – As an artist, I’ve always been drawn to faces, so perhaps that has extended into my love of photographing people. But I don’t want to limit myself to just one subject or style. It’s all about experimenting and creating. 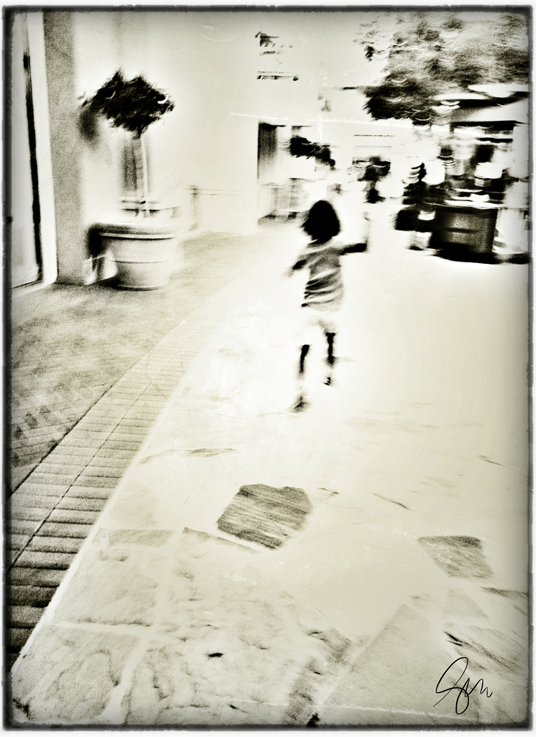 JC – Is there another are/subject that you would like to explore, if so, what and why?

GC – An area I’d like to explore would be to offer painterly portraits for sale to customers either using images I shoot or images they would provide for me. 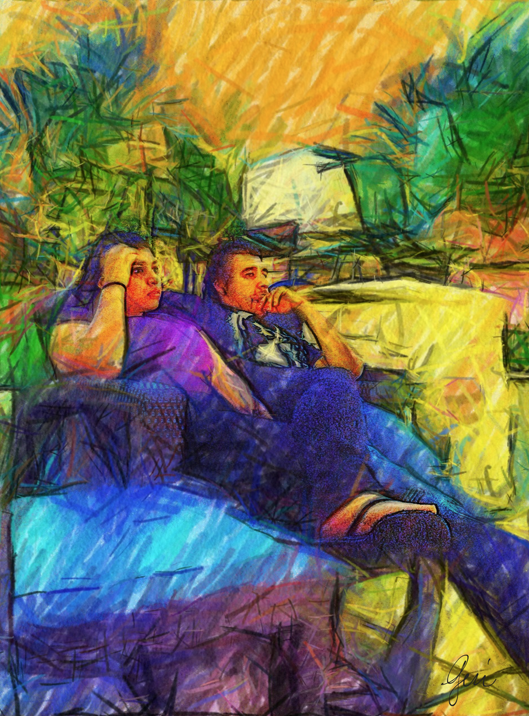 GC – Unfortunately, I’ve never had any schooling in photography, so I’m pretty ignorant in that area. I am drawn to gritty, black and white images. I will credit Karen L. Messick for getting me interested in the whole mobile art movement. I happened on her blog a few months ago. Her painterly images caught my eye and I’ve been hooked ever since. Although I purchased my iPhone in 2011 I didn’t start my iPhoneography journey until July of this year! 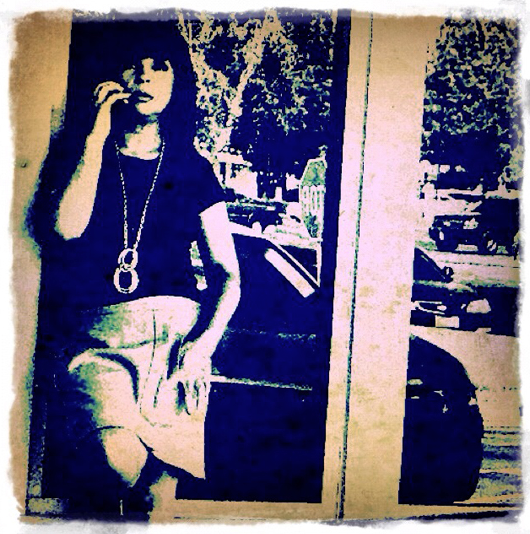 JC – Henri Cartier-Bresson is in many ways, the Godfather of street photography, even in the 1930’s he enjoyed using a small camera for discretion in order to capture people and tell a story – do you feel this way regarding mobile photography?

GC – Yes, discretion is key. Once someone is aware of the camera, their expression changes and they begin to pose. The fun is in the hunt for the right subject and then the capture of that perfect image. I’ve yet to capture a “perfect” one yet, but that’s what makes it a challenge! 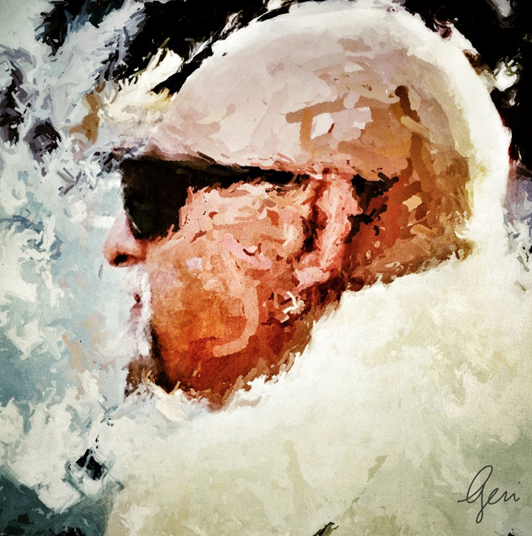 JC – Tell us about your photographic technique – do you rely on intuition or do you believe in a more formal/trained approach?

GC – Intuition plays a big part in my life in general, so that naturally extends to my photography. My thought is that if I find it interesting perhaps others will as well. 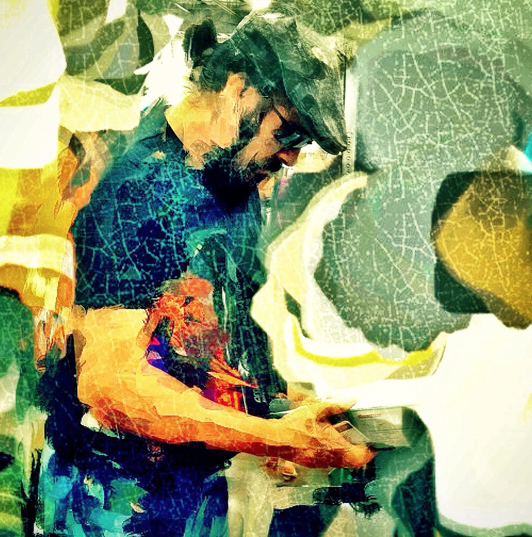 GC – When I was younger I wasn’t bold enough to try my hand at street photography, so I limited myself to photographing landscapes, family and friends. With the invention of the iPhone, a long dormant passion has been rekindled. Its portability and size has allowed me to become more adventurous. 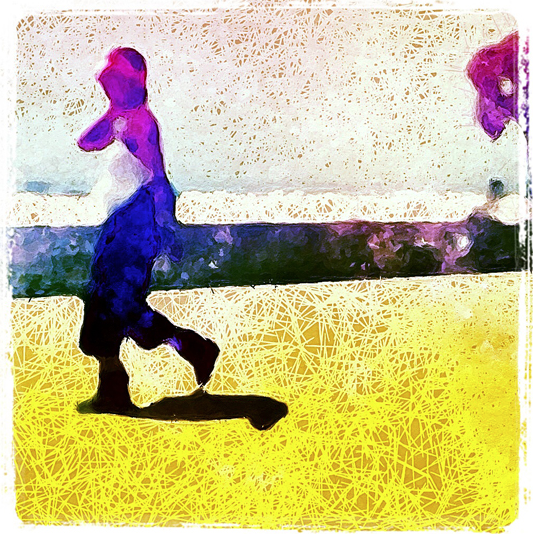 GC – I do shoot for myself, but I also shoot to share with others. The friends I’ve met on Instagram, for example have been very supportive as well as being excellent teachers. Photographers seem to be a very sensitive group of souls and I’m humbled and honored to be among them! 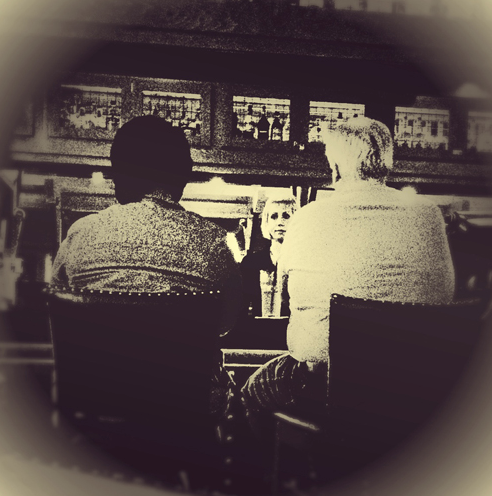 © Geri Centonze – ‘She Pretended to be interested in the Tales of Their Day’ – ProCamera, Photo Power, Pixlr-o-matic

GC – Pushing boundaries in general is not my style, but I would like to expand my work with more fantasy pieces created by combining images. 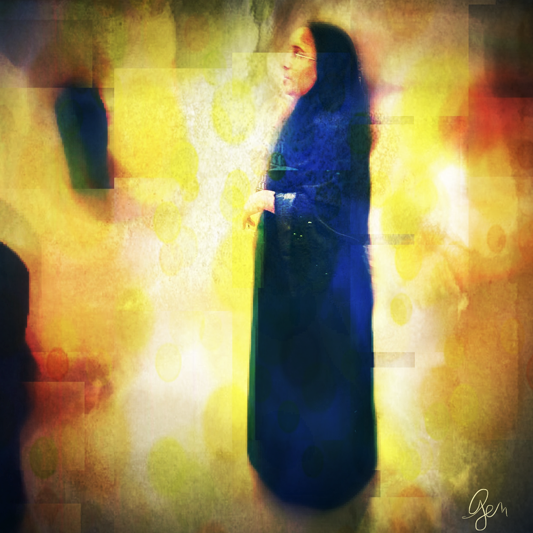 GC – I really like a recent image of a woman I spotted at Ikea. As I began the edit, she looked more and more saintly to me and the caption for the completed piece reads, “In times of trouble she turned her eyes toward heaven.” GC – Very! My adrenaline begins to surge when I see a person or scene that I find compelling. My thought is, “will I be able to capture what I’m feeling through this photograph.” 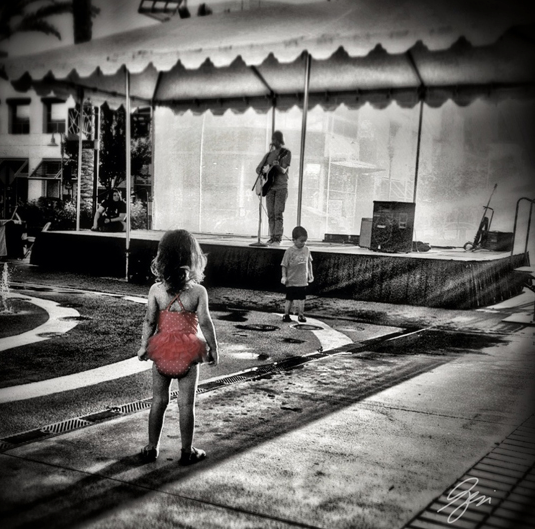 GC – I feel fortunate to have captured a random moment in their lives. Sometimes I wish I knew who they were so I could share it with them. 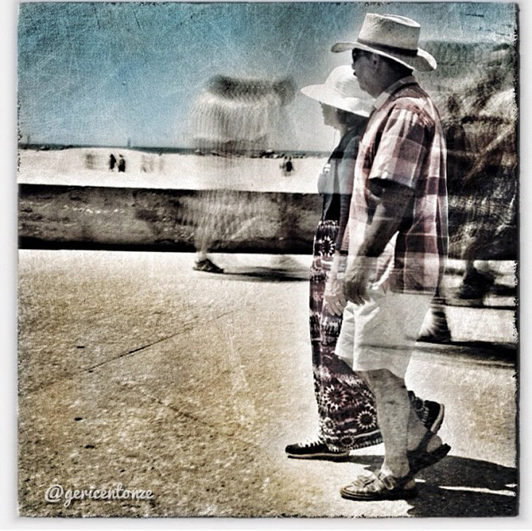 GC – I treat each image differently. Once I view it, an image begins to tell me something and the editing process goes forward from that point. The same thing used to happen to me when I was drawing sketch cards. People often commented that I captured not only the image but the soul of a person. That always touched me very deeply! 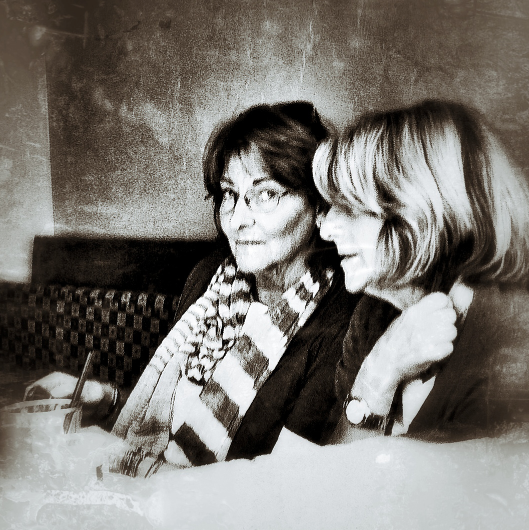 JC – Do you have any tips for processing?

GC – Become familiar with the apps you have and learn about their capabilities. Experiment and find combinations that you like. Ask other photographers about their process I find most are willing to share. Also record the apps you use so you can have a “recipe” for recreating a certain style. 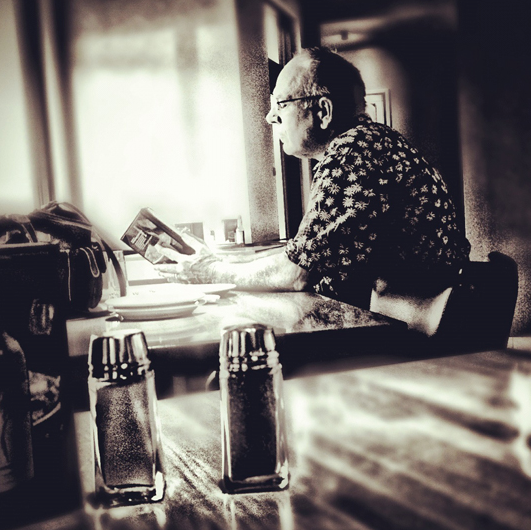 GC – I photograph everything with my iPhone 4S. I then transfer them using Photo Transfer App or DropBox to my iPad. I work on one image at a time until it’s completed and then it gets uploaded to Instagram or my blog and saved to my PC. All unedited photos stay on my iPad for future work. 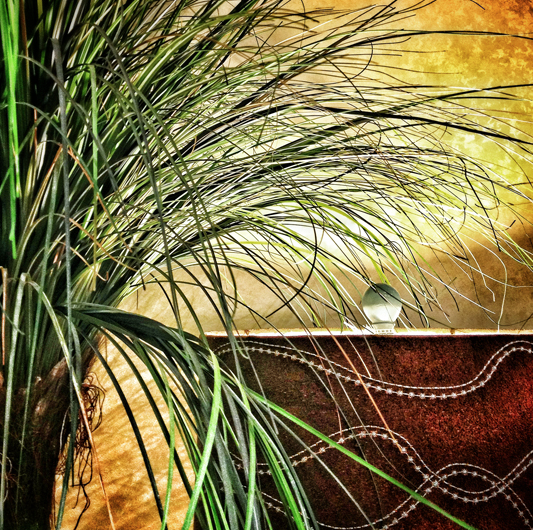 GC – With film cameras, I was always hesitant to shoot a lot of images because film and processing were expensive. Now with the digital age, you can shoot as many as you like and just sort through them later. Since owning an iPhone and purchasing the various apps, I’ve abandoned my DSLR and Photoshop edits. There are probably photographers who would never consider replacing their traditional camera for an iPhone, but it’s a natural evolution that I gladly welcome. GC – No, I don’t for all of the reasons I mentioned above. I am eager to see what the future brings and what’s in store for the mobile art movement.

Links To All Apps Used And Mentioned In This Article 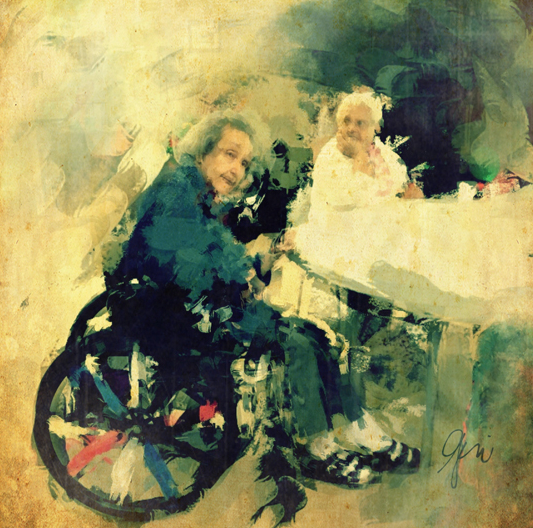 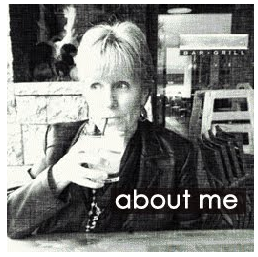