Earlier this week we contacted a few mobile photography app developers to ask their opinion regarding the new iPad Mini and whether they feel it will be of benefit to mobile photographers in respect of their apps. 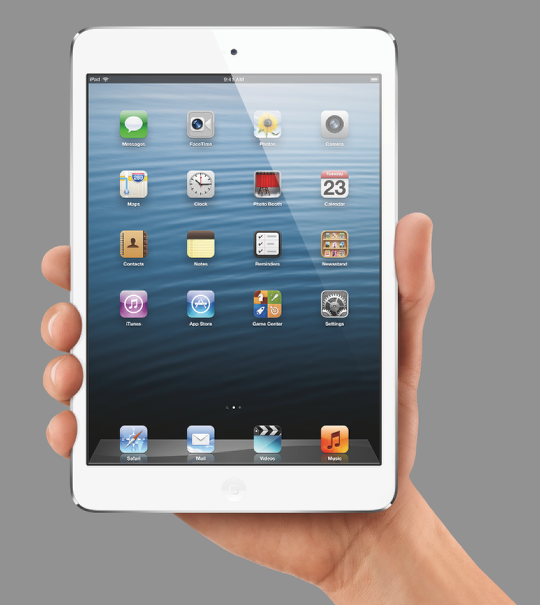 ‘iPad is the new laptop, and mini is the new iPad. I don’t expect many people to own both, as they may a laptop and iPad, but the while iPad’s size is about perfect for using on the couch, mini should prove much better outside the house. This should be especially true in countries like Japan where train commutes are the norm and a mini would be nicer than a phone to catch up on news, read, or play a game. Combine this convenience with a lower price point, and you can see why mini will be a winner, even if it is more expensive than anticipated.

I love editing photos on my iPad. Filterstorm was originally an iPad only app, and the iPad version is still my favorite way to edit photos. Gridditor, too, really shines on iPad, having more thumbnails and larger previews makes a huge difference. Despite this, both apps get more use from me on iPhone for two reasons: I always have it on my person, and the camera is better. In the long term—and this is happening somewhat already—I expect iPads to take over what PCs do for us now, importing, storing, and editing photos taken elsewhere. Will this surpass iPhone usage? I don’t think so, but mini is another step toward this future.

Even though I’ve not touched a mini yet, I’m fairly certain I won’t need to redesign anything due to the smaller form factor. I’ve stuck with Apple’s recommended 44 point minimum size for touch targets, and often use 50 point. Since the 44 point size works fine on iPhone, and a 44 point square box should be identical in size on the iPad mini (it’s larger on the regular iPad), interface elements should be as easy to hit as they are on iPhone. This is a great move on Apple’s part as it means unlike the initial iPad launch, the retina display launch, or iPhone 5 launch, there’s no need to wait for apps to be updated to run optimally. Unless a developer was using unnecessarily small elements, things should just work.

The press has made a lot of fuss over the perceived wrongs of iPad mini. They say it’s too expensive, underpowered, and underwhelming. And it’s easy to see why, Kindle Fire and Nexus 7 are much cheaper for a similarly sized product. Unlike iPad, both of those products are being sold to break even, and neither has the iOS app store. If you look from Apple’s perspective, the $399 iPad 2 is selling well, so a cheaper version of similar hardware should sell without question. Add in the usefulness of the smaller screen and it’s hard to see iPad mini not being a huge hit’.