Will.i.am perhaps best known as one of the founding members of The Black Eyed Peas and seven Grammy Award winner has announced that he is to release an accessory that will enable an iPhone 4 or iPhone 5 to shoot 14 megapixel images. Will.i.am was interviewed by Georgia Dehn of the British newspaper The Telegraph where he explained that next week will see the global launch of his iPhone hardware that ‘will turn your smartphone into a genius-phone’

The first product that will be released is ‘an accessory that clips onto an iPhone and transforms the 8 megapixel smartphone camera into a 14 megapixel camera, which it is claimed dramatically enhances the clarity and definition of your photographs’. The Telegraph spoke exclusively to Will.i.am where he went on to explain, ‘we have our own sensor and a better flash. The dock your phone into our device and it turns your smartphone into a genius-phone. We take over the camera’.

Prices will be announced in London next week, we can’t wait to test this product out and will have a full expert review in due course. 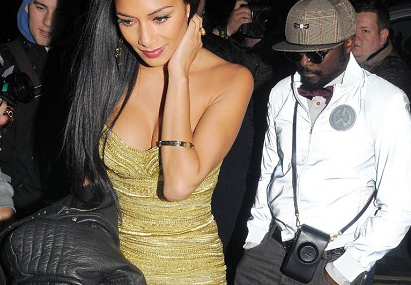 Will.i.am spotted wearing the i.am+ camera for iPhone 5 while out in London with X Factor judge Nicole Scherzinger in October Photo: REX FEATURES

3 thoughts on “Will.i.am To Create ‘Genius ‘i’Phone’ With 14 megapixel camera”