KitCam from the developers of Photoforge has really hit the ground running and has been snapped up by many, it orginially knocked Camera+ from it’s top stop in the US Photography app store but it’s not sitting very comfortably at second place.

KitCam has received a great new update with tons of stuff for Christmas. You’ll find two new lenses (Accent & Kurt). The Accent lens is a more subtle alternative to the other two vignette lenses. The vignette itself is soft even at its most intense and adds a subtle soft light accent to the centre. As with the other vignettes, pinch the screen to control its intensity.  The Kurt lens is all about grunge and creates photos with grungy, grimy edges. Twist the screen with two fingers to cycle through all the variations.

There’s a host of other new additions including Send to KitCam, auto lens, film & frame tags. Ability to show the zoom control and lots of other bug fixes, tweaks and speed improvements.

This is a free update, if you have previously downloaded this app. If not, you can download it here. It retails for $1.99/£1.49. 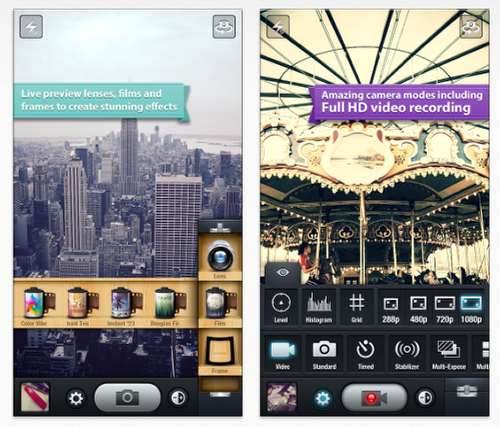