Camera+ has been updated today with extensive support for the dual lenses of the iPhone 7 Plus. “You’re now able to explicitly choose to shoot with the wide angle or telephoto lens so you can get exactly the lens you desire for the given shooting situation. If you prefer the simplicity of not having to think about those sorts of things like lens pickin’, you can just keep the lens switcher set to Duo mode and let your iPhone 7 Plus do its magic”, explain the developers, taptaptap, of this hugely popular (over 10 million sold) app.

Interestingly, they say, “one thing worth knowing along these lines is that in Apple’s Camera app, the 2× zoom button sort of implies that it behaves as a wide angle / tele switcher, but it’s actually not (sometimes it’s a wide/tele switcher… sometimes it’s a 2× digital zoom button… and sometimes it’s something else altogether). The “tell” here is if you set it to 2× then put a finger over the tele lens (the one on the right side if you’re looking at the back of the phone). If you’re expecting to snap a pic of your finger, you’ll be surprised in some situations… when lighting conditions are relatively dark, the system will use the wide angle lens (to prevent an underexposed photo, since the tele lens has a higher ƒ-number of 2.8 than the wide angle lens’ ƒ-number of 1.8… in other words, this somewhat confusingly means it has a smaller aperture, which therefore lets in less light). Now to make a long story even longer, one of the benefits of the dual lenses is that the system can combine info from both lenses, resulting in a better photo than one taken with a single lens. In any case, we’ve implemented our Duo lens mode to be consistent with Apple’s Camera behavior, but we’ve also enabled you to choose precisely which lens you want. Hopefully at least some of you will have found at least some of this informative. Undoubtedly, some others of you have had a flashback to some high school science class, have fallen asleep by now, and are drooling on your desk.”

Camera+ retails for $2.99 and you can download it here

If you’re using an iPhone 6s, 6s Plus, SE, 7, or 7 Plus, you now have the privilege of shooting in RAW. You’ll find this new setting in the (newly renamed) Quality & Format menu. For those of you not in the know, shooting in RAW can provide you with the highest quality shots your iPhone camera is capable of taking. RAW photos actually store more information than normal JPEG or TIFF photos, so when you edit these photos, you’ll have the opportunity to pull out otherwise lost details to help you achieve the perfect photo. 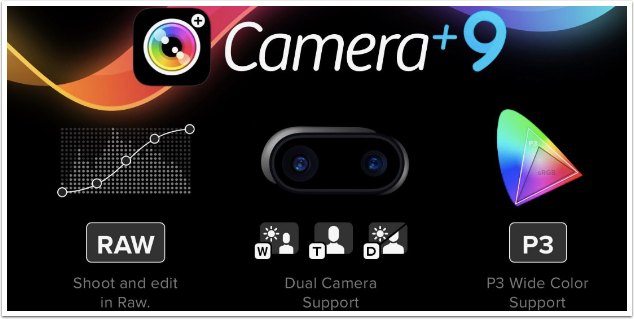 To go hand-in-hand with RAW shooting, we’ve added the capabilities for you to make adjustments to the pics you’ve shot in RAW. The way to look at this in the world of Camera+ is that the photos that come out of your camera sensor have some processing applied to them by the system. The items that end up in your Lightbox right after shooting are the “developed” versions of these photos. You can then edit them using Camera+’s suite of editing tools like The Lab and apply our various filters to them. But now, with RAW thrown into the picture (bad pun’d), you have the opportunity to “re-develop” the pics fresh from your camera using a new suite of editing tools we call the RAW Lab. 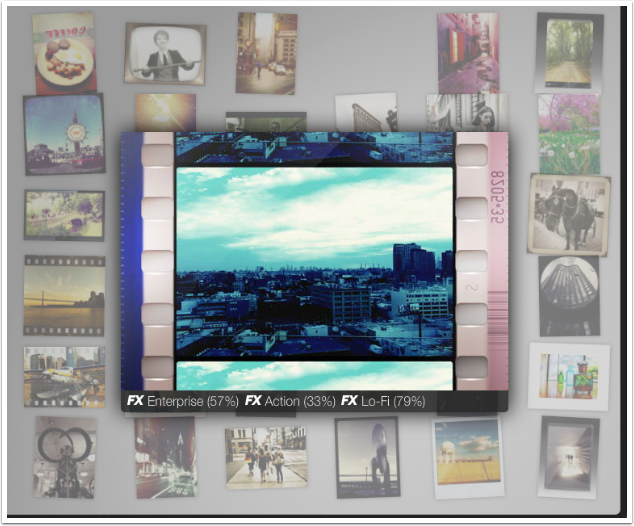 One of the most underrated features in the new iPhone 7 and 7 Plus is haptic feedback. It’s a taste of the future of mobile device user experience and it’s surprising that Apple hasn’t done more to promote it. So TapTapTap are helping do just that by tastefully including haptic feedback throughout Camera+ 9 and letting you know about it. Haptic feedback brings new life to elements like the Camera+ shooting control wheels and once you’ve experienced it, you’ll definitely miss it when you’re using a device that hasn’t been blessed with this very cool, new feature.