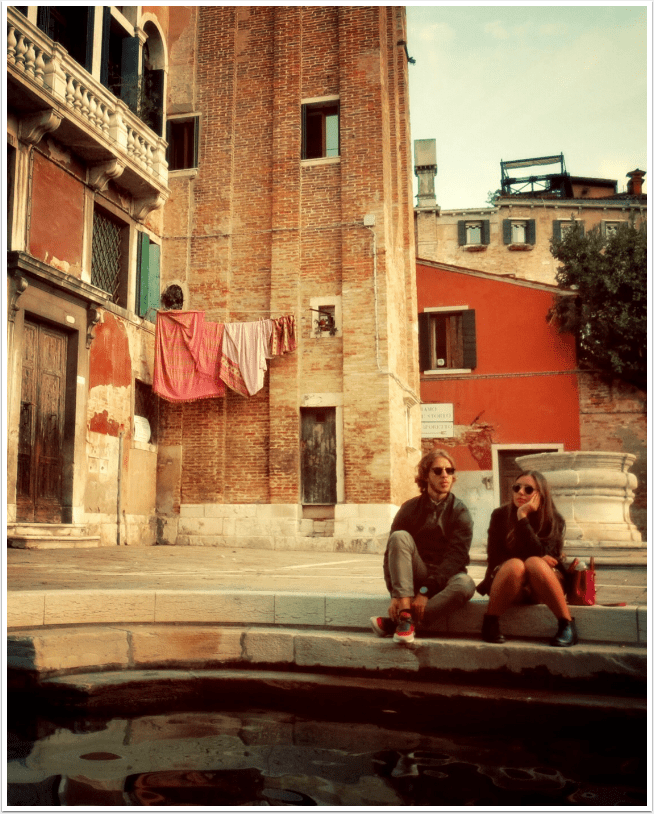 As the first chapter of our new book ‘Away with Words’ begins to take shape, Rita Colantonio’s work is the perfect conceptual starting point for our series of twelve 1000 word essays personally written by myself. This non fiction work merges discursive scholarship with what may be construed as personal flights of fancy. That’s not to say it will disappoint, moreover I have given myself a far and wide range to delve into photography, literature, art, theory, design and music as I tease out my own offbeat associations and at the same time astutely tune into each mobile photographers key tropes and artfully deconstruct their imagery. I thus begin…

What are we looking at?  We are looking at a street photograph or perhaps it could be referred to as ‘candid’ or a ‘social documentary photograph’ as this genre includes people in a public place. We are looking at Colantonio’s image of  two young ostensibly anonymous opposing sex adults, sitting side by side a canal in Venice. The weather appears ambient, the trees are in full leaf. Colourful bed laundry has been strung out to dry adjacent to an apartment window. It is not summer but perhaps spring time as the couple in the foreground are wearing jackets, to seemingly prevent a chill. There is the feeling of intimacy between the two adults as well as monumentality, in the expression of the depths of ordinary life. There may be glare from the reflection of the canal, both adults wear sunglasses to shield their eyes. The female rests her head on her left hand and in turn her elbow rests upon her left knee. Her right arm is drawn across her waist. Her legs are naked and closed together at the knees, with her feet and her lower legs wide apart. She wears green ankle boots. Her red handbag is adjacent to her left side and it is open. It looks as if there is a bottle of still water peeping out, perhaps she has just shared a drink. Her long brunette hair is parted at the centre and falls loosely over her shoulders. The male with shoulder length blond hair and slight beard, touches the shin of his left leg, it is bent at the knee and faces the female, his right leg is more upright but also bent at the knee. He wears green cropped trousers with colourful red and blue laced trainers. He wears a large watch on his right wrist and the sunlight catches the face.

How can this image be interpreted? The young adults are not talking, they appear to be in deep thought. The female’s cocked head looks ponderous. We don’t know whether she is pondering doubts or pondering something bigger. The male may be forlorn or he may not. We can create a distinction between identity and imaging. It looks like something, but we don’t actually know. This photograph challenges our perceptions, perhaps they need to make an important decision but equally are we ready to accept the reality of other concepts?

One of my favourite books and I have plenty is entitled ‘Flaneuse’ by Lauren Elkin. From the French verb ‘flaner’, the ‘flaneur’. or ‘the one who wanders aimlessly’. There’s a chapter within this book entitled ‘Venice – Obedience’ and within this she discusses another good read, ‘The Comfort of Strangers’ by Ian McEwan. This book is set in Venice and it is not your typical Venetian romance, if anything, it is seedy but to Elkin she felt that reading McEwan’s book, ‘loosened something in her mind, or maybe planted something’. She was unsure of exactly what it was but it left her with the determination to write about Venice and as she describes later, she had recognised Venice as a ‘shadowy double for Paris’ and I could not agree more. Having arrived in Venice via a splashing vaporetto two summers ago, I recognise both viewpoints and most of all, in this instance of Rita Colantonio’s imagery. Colantonio has a painterly eye for colour and composition and it is palpable in this colour photograph. There is a deep attentiveness that speaks of her disinterest in anything other than making the seemingly mundane world outside of this image seem luminously beautiful. I conjure the fantasy that this young couple are students of art history specialising in the early Renaissance. They appear unaware or at least, indifferent that Colantonio is taking their photograph. A photographs context is a powerful determinant of its perceived meaning.

Colantonio is a photographer possessed of a painter’s sensibility, spreading dramatic texture and tenderness throughout this image. There is visual rhyme and potentially reasoning in this photograph. The bells in Venice ring every fifteen minutes, for fifteen minutes, there’s never silence but this image emulates that there is.  Colantonio does not transfigure or transform this couple, she has captured them in plain sight. There may be tension of unspoken conversations or this may represent precious quiet moments of shared company. There is no expression of feeling of poetic awkwardness. We know that Colantonio is present and also manifestly absent from the field of the image, this is the view through her lens. We are viewing what she wants us to see, at the moment of exposure.  Colantonio shows us the true contours of this young couple’s relationship, the simple crushing human truth of a great picture representing simple humanity, isn’t that what we all need?

‘Thinking about the Possibilities’ ©Rita Colantonio 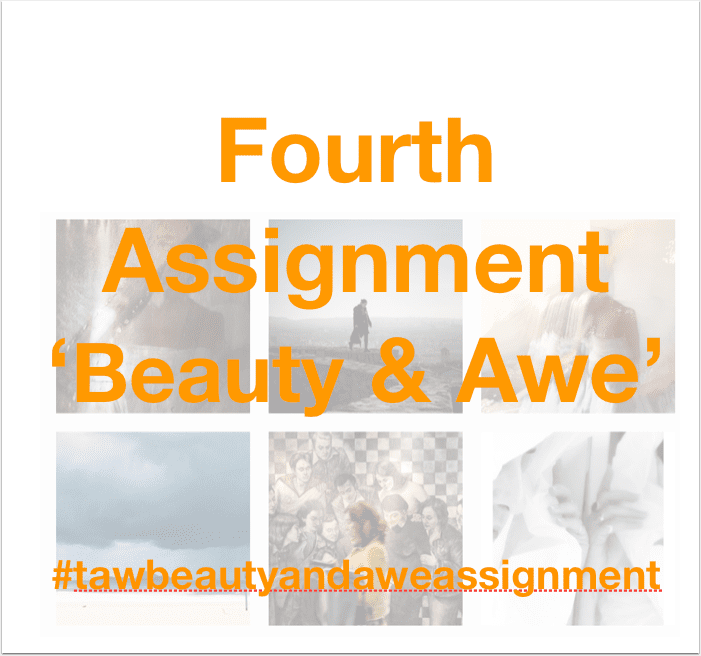 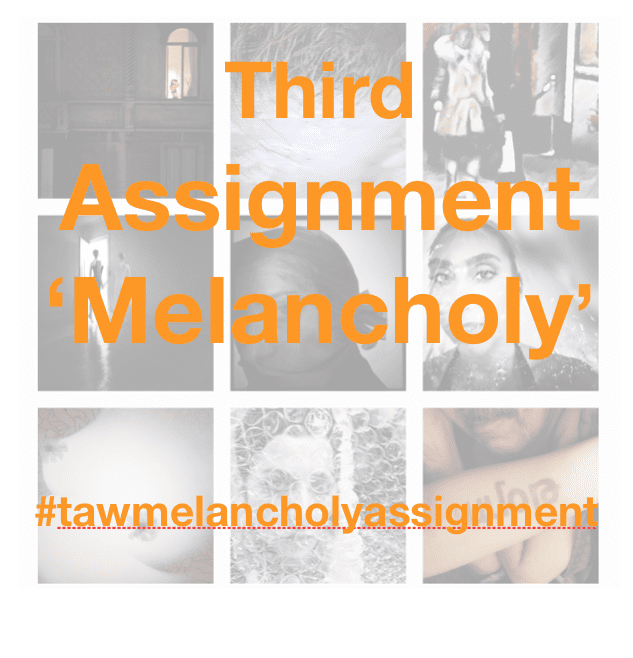 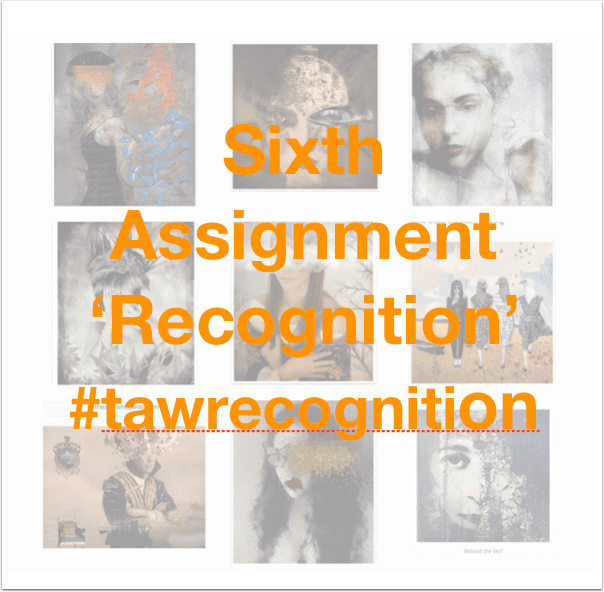