Today, we are publishing our twenty fourth interview in our new series, Hope in Adversity. One that’s based around art, artists and isolation during the midst of Covid-19. This one is with award winning mobile photographer and artist Melissa Johnston from North Carolina, United States. This is a memorable interview, a fascinating exposure of Johnston’s inner life. Her narrative speaks of the heartbreaks, near misses and finally the triumphs over adversity.

If you are social distancing or social isolating at this time, how are you using any additional time you may have to create mobile digital art or photography?

This question is probably best answered for the past several months rather than for the present as I have so little additional time. I had to move my business (and ended up moving my residence as well) due to the effects of Covid-19 on the place where I rented. While I am still largely social isolating (and distancing), I am still super-busy settling in.

The months before were very different. In mid-March my doctor asked me to quit working except from home because I have an igG (G antibody) immune deficiency. North Carolina, the state I live in, closed down about two weeks later.

Unfortunately by then I had caught what they now think was Covid-19 due to both symptoms and a later antibody test (at the time it was almost impossible to get a Covid test). I don’t want to go into detail about my experience here (feel free to email me with questions) except to say that I was thankful I felt no pressure to work during this time so I could heal.

I was sick for a very long time with no ability to do anything but sleep. Even sitting up in a chair for more than 30 minutes was impossible. I am still suffering many effects from being ill, including problems with my lungs and difficulty breathing.

However, one of the things I could do, once I had enough strength, was mobile art. Mobile art had been a refuge in the past when ill—and I actually first explored it when I had an extended illness (before mobile I used a micro 4/3 camera for photography and photoshop to create digital art).  As before it proved both a wonderful solace and way to heal (creating things and being “in flow” actually helps the immune system!). It also helped deal with my complicated and strong emotions during this time.

I had my own illness to deal with, but for the most part I felt safe in having the support of friends, family, clients, and doctors as well as having the space and time to recover as needed.

But my heart felt heavy with the pain of others—those who were dying, those experiencing the illness alone, those losing their jobs and businesses or fearful of doing so, those forced to work due to financial reasons, those on the front lines by choice but at high risk of becoming ill, those whose communities were more heavily ravaged by the virus due to our nation’s structural inequalities, those with no insurance, those who were grieving. In addition, I was livid with how our government was responding (or in many cases choosing not to respond) to the virus.

If so, have you noticed the style of art that you’re creating changing from what you would normally create?

I feel like my style has actually been changing since the first of the year when I began exploring creating less realistic and more fantastic creatures in my art. I actually let their faces (and for the most part the rest of their bodies as well) evolve or reveal themselves in the process and build from what emerges there. I also had added the app MetaBrush to my workflow and it gave me more possibilities compared to what I had used before.

If yes, to the above, can you explain how your art has changed?

What I noticed while in isolation is that I couldn’t ever let a scene or creature stand without an element of hope or a way to moderate what might be a heavier emotion no matter how hard I tried.

The piece was simply not finished until I added it (if it wasn’t there before). I suppose I’d always had an element of this in my work but now I found myself using blatant symbols like hearts to convey both pain but also whimsy and a sort of optimism. This is something I really would have wanted to avoid in the past as being cheesy or kitschy. Now I simply didn’t care. It was right for these pieces.

Have you found additional inspiration to create at this time?

I usually find inspiration in visiting museums and galleries, talking with other artists in person or phone, reading biographies and autobiographies by artists of all types (painters, sculptors, composers, musicians, and more), and watching documentaries and shows like Art21—but during this time my inspiration has mostly been by engaging with the work of other mobile artists.

I’ve actually had the time to participate in communities online more than in the past (when I’m working full-time I have much less time to create art or participate as I would really like to in a community).

Is creating mobile digital art /photography helping you at this time specially, how and why?

I touched on this earlier, but revisiting this question makes me reflect deeper on how much creating mobile art enables me to channel strong and sometimes conflicting emotions. The process itself usually becomes one of “flow,” which gives a type of distance and space for these emotions to transform into a tool to touch a deeper creative reservoir with its own voice.

Do you feel that sharing mobile art/photography at this time is spreading a unity of peace?

I definitely feel that the mobile communities of which I’m part have come closer and gotten to know each other better and supported each other in this difficult time. People are from all over the world and we’ve pulled together and become our own entity standing for the power of creativity in the face of devastation.

Andrea Bigiarini of the New Museum, put together “The Impossible Exhibition-The Covid19 Sessions,” a series of films where mobile artists shared their art and physical circumstances to show their unity even under circumstances of distance and physical isolation. I believe the process of participating in the process both revealed and created a wonderful feeling of “united we stand” for all of us.

Anything else you would personally like to add, please add it here

In regards to the mobile community and my experience with it, I would say that finally having the time to participate on a deeper level in the community itself revealed a much richer and wider community than I knew existed. It’s also one with a well-developed sense of itself as an art form. It’s a movement with a sense of its trajectory into the future. I am so very thankful to be a part of it. 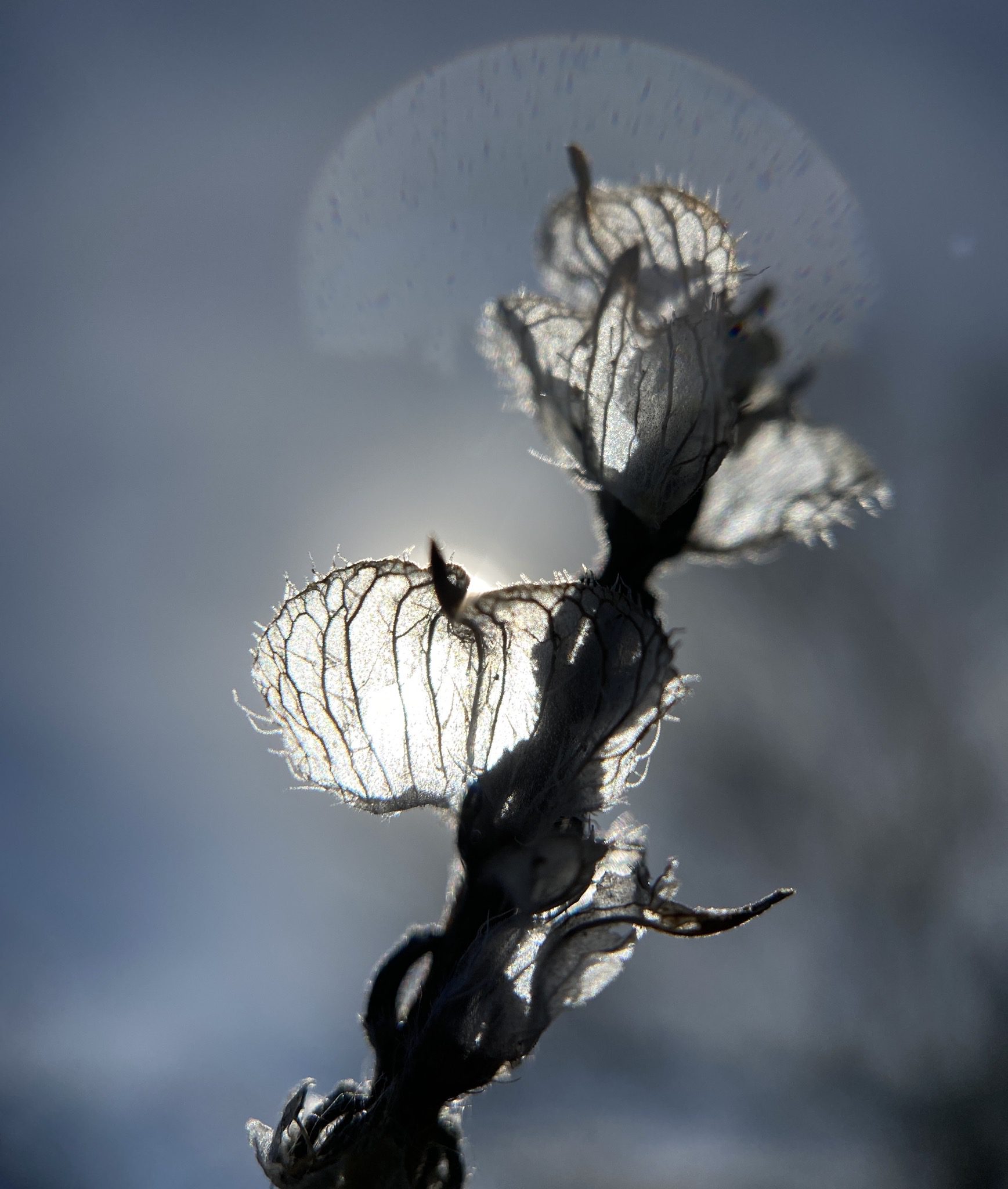 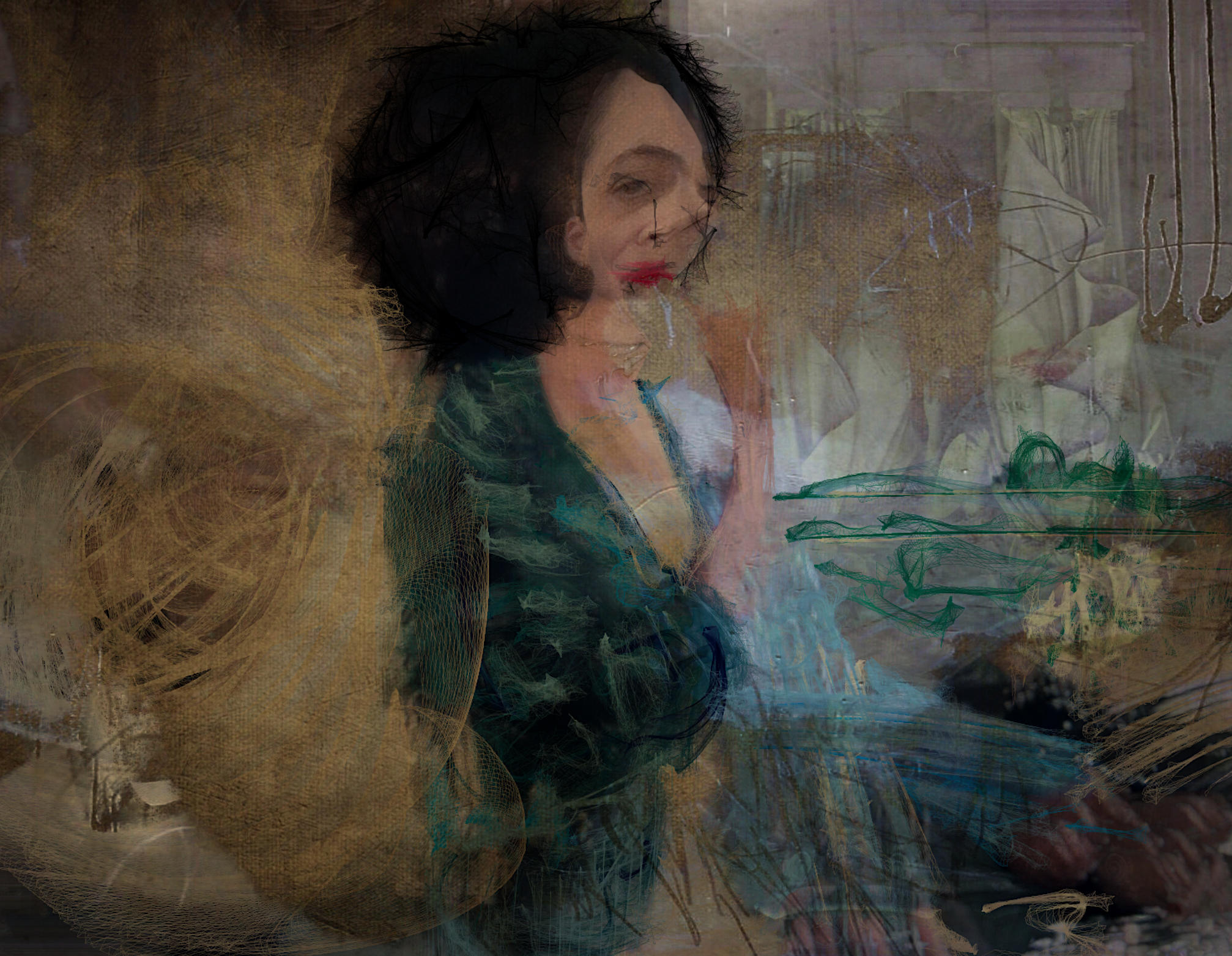