We’re delighted to republish the second in a series of Android mobile photography tutorials by AlyZen Moonshadow. This series of tutorials started as an experiment for AlyZen to create seamless repeating patterns and in many ways it has now taken on a life of its own. This is is the second from the series and we’ll be publishing the others very soon. Over to you AlyZen (foreword by Joanne Carter).

‘For this tutorial, I have used an image I processed earlier, of a tree in front of of a gorge in the Kalbarri National Park. This one’s from the Nature’s Window area, so when I processed the image I had in mind something that would hark back to the natural phenomenon known as Nature’s Window.

Here’s the image I processed using the Android App “PicLab”.  I have filed this App in my “Type” folder on my Samsung Galaxy S4, as it offers a variety of text fonts, graphic design-type “windows” and frames, among other things. I used the simple triangle window for this image. (At the time of writing, PicLab has unfortunately suffered from a less than perfect Update, and now won’t open up. The developer has informed me a fix is in hand). 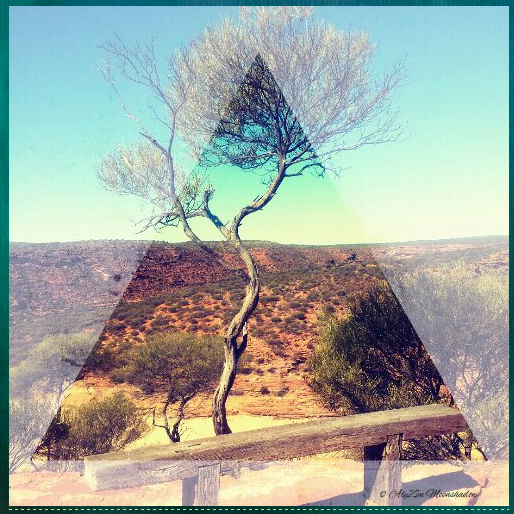 Next, I ran the image through the Android App “PicsArt”, using the Offset filter, horizontal and vertical passes, and also various passes thru the Collage setting. 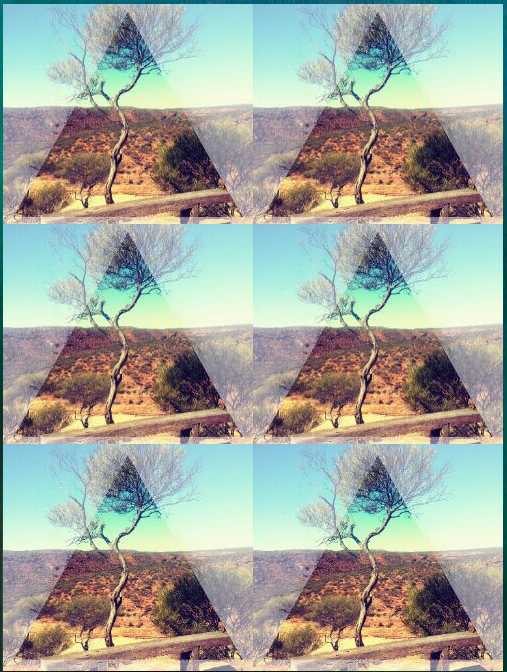 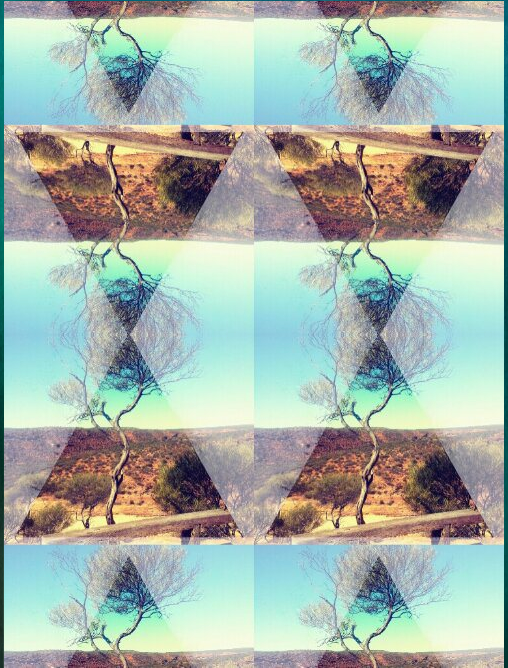 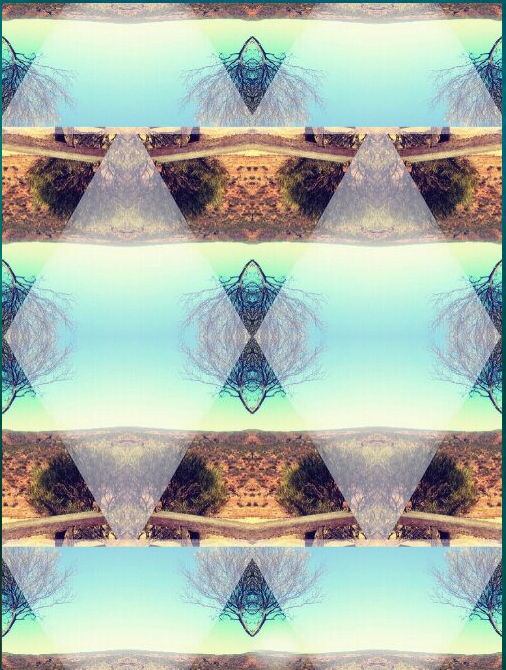 I found that by using a “Bulge” filter I was able to create an “eye” of sorts in the middle of the image. I then set up a 4-square grid, and alternated adding in a “normal” image and one with the “eye” bulge. When I ran this through the collage filter, I found that it created the impression of a half-drop effect.  Pretty cool, huh!

The following shows the results after each pass through the Collage setting in PicsArt. 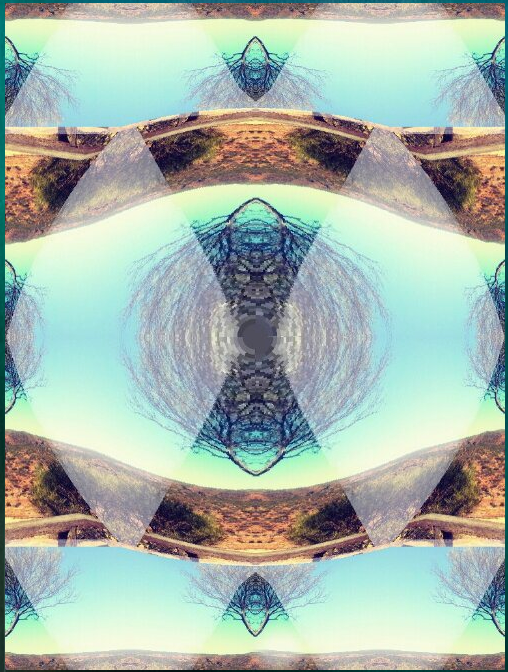 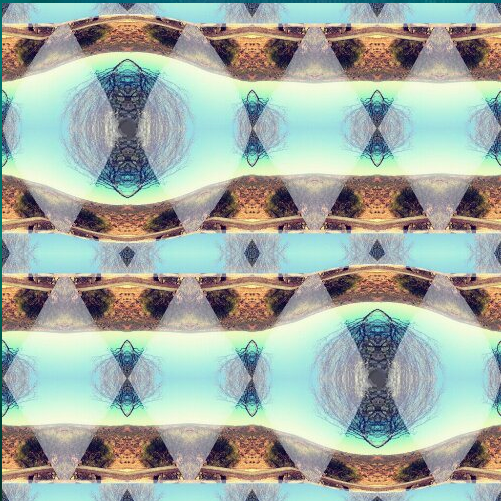 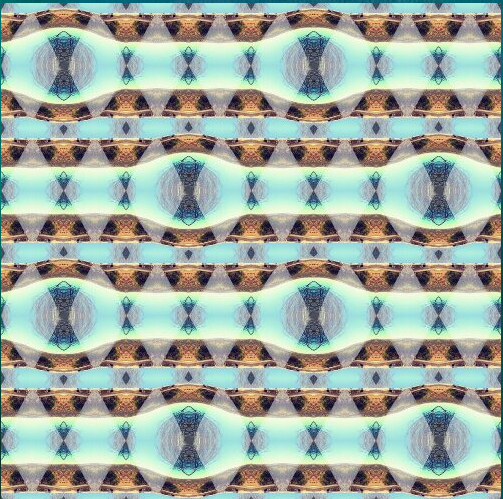 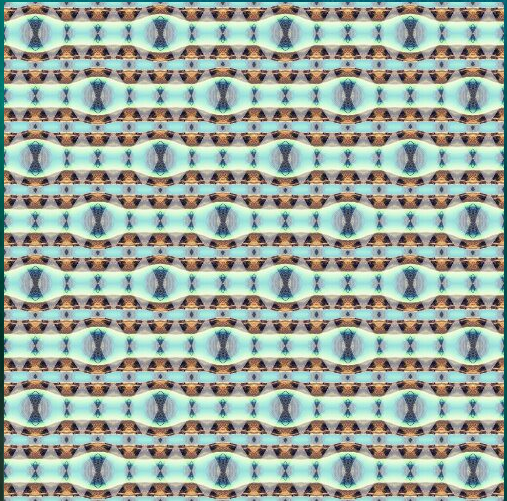 While this isn’t strictly a true half-drop effect, it certainly gives the impression of a design that flows. What I like about it is how all the lines just tie up smoothly, something I have not yet managed to master on Photoshop on my Mac. 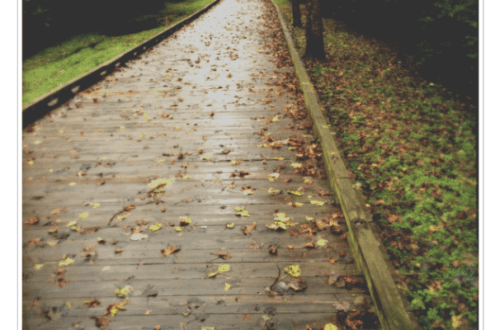 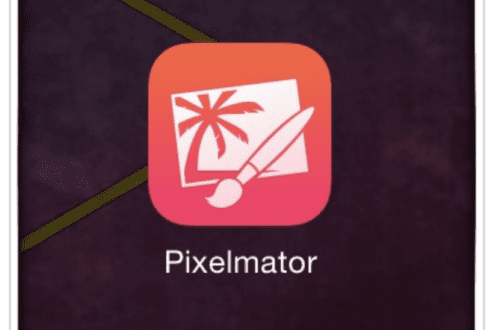 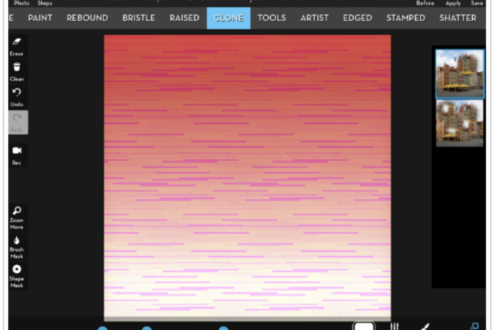 Mobile Photography / Art Tutorial – iColorama Cloning: From The Mundane To The Surreal