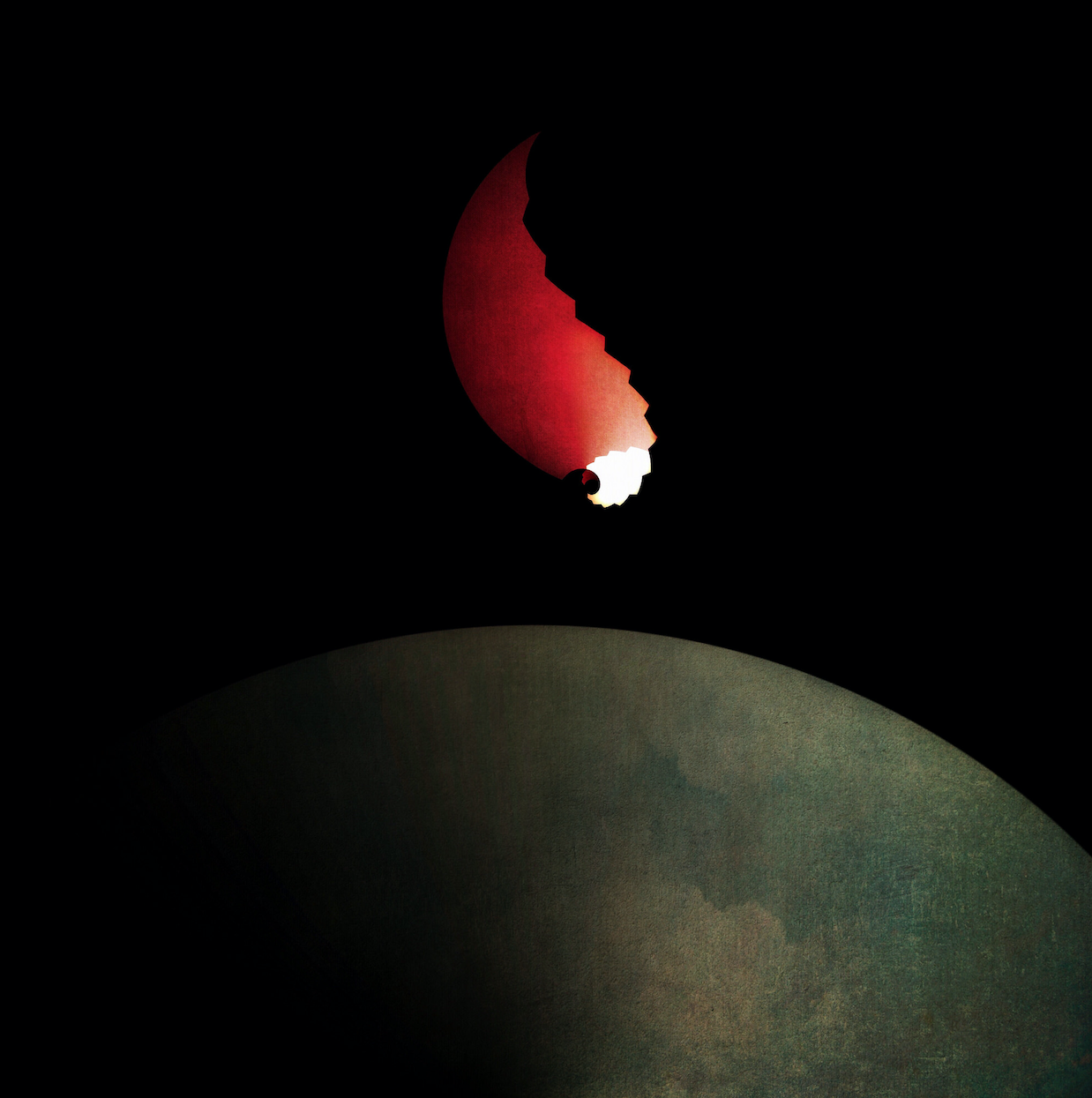 Our ‘Brought to Light‘ interview section explores the mobile photographers and mobile artists behind their art. Each question has been carefully crafted and is designed to allow us to get to know them a little more intimately. To view others that we have published in this series, please go here.

Today, we are featuring Clint Cline from Florida, United States.  Cline employs a technique within his painting that embodies religion, storytelling and abstract art. His paintings are powerful, mysterious amalgams of landscapes and unique craggy forms that elicit abstract shapes, symmetrically balancing powerful colour tones. Viewed in epic proportions, Cline’s work evokes an awesome grandness of nature. The imagery employed has the simplicity of a Shaker chair but the discipline, calmness and originality that radiates from his paintings, makes for the envy of many an artist.

This body of work drew us to Clint Cline…

Describe a moment that changed your life

There is nothing – no book, no life experience, nor another person’s story – that can adequately prepare you for the tender impact of holding your child for the very first time. In that instant you are indelibly transformed. My wife and I first became parents because of the heart-rending sacrifice of a young woman in Asuncion, Paraguay unable to parent the child she had lovingly carried to term. We believe God clearly orchestrated the circumstances that then brought us 4000 miles from the U.S. to adopt him as our son. That life-changing moment came for me on Father’s Day 1988 when he was placed in my arms for the first time, and our lives –knit together legally – were now forever grafted as I began the journey of fatherhood. 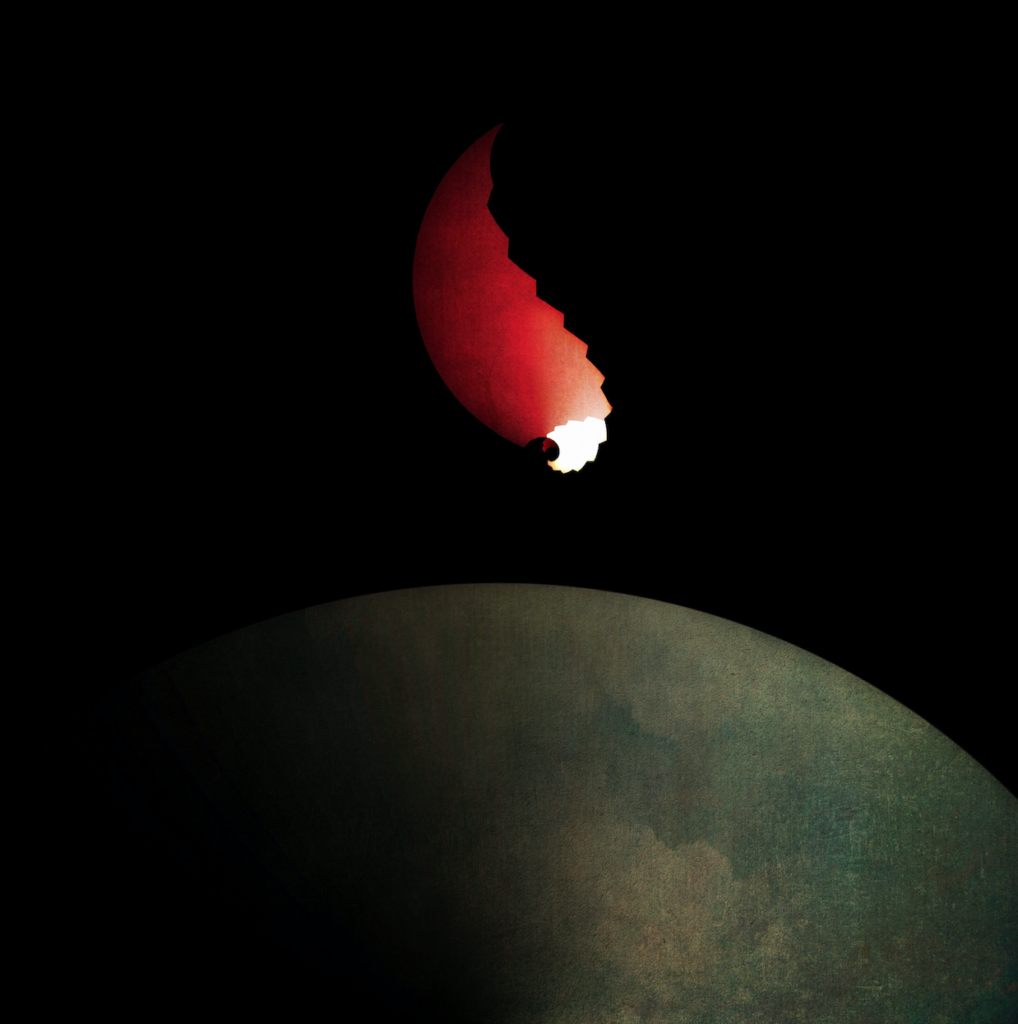 I was 12 when I got lost in the Louvre. I remember standing transfixed in front of da Vinci’s Mona Lisa, oblivious to the flowing huddle crowded on her side of the gallery room. I was immediately taken with how small the painting seemed in contrast to the enormity of her reputation and, while not particularly impressed with the painting itself beyond the fact it came from da Vinci’s hand, I became absorbed in its scale and proportion, and the compositional balance of the elements within the frame. I didn’t know it at the time but da Vinci was teaching me the golden mean even as everyone around talked in hushed tones about her smile. I also didn’t know that my family had long since moved to other areas of the museum so I was, indeed, officially lost. But I was spellbound. And she just smiled.

‘And there was Light’ ©Clint Cline 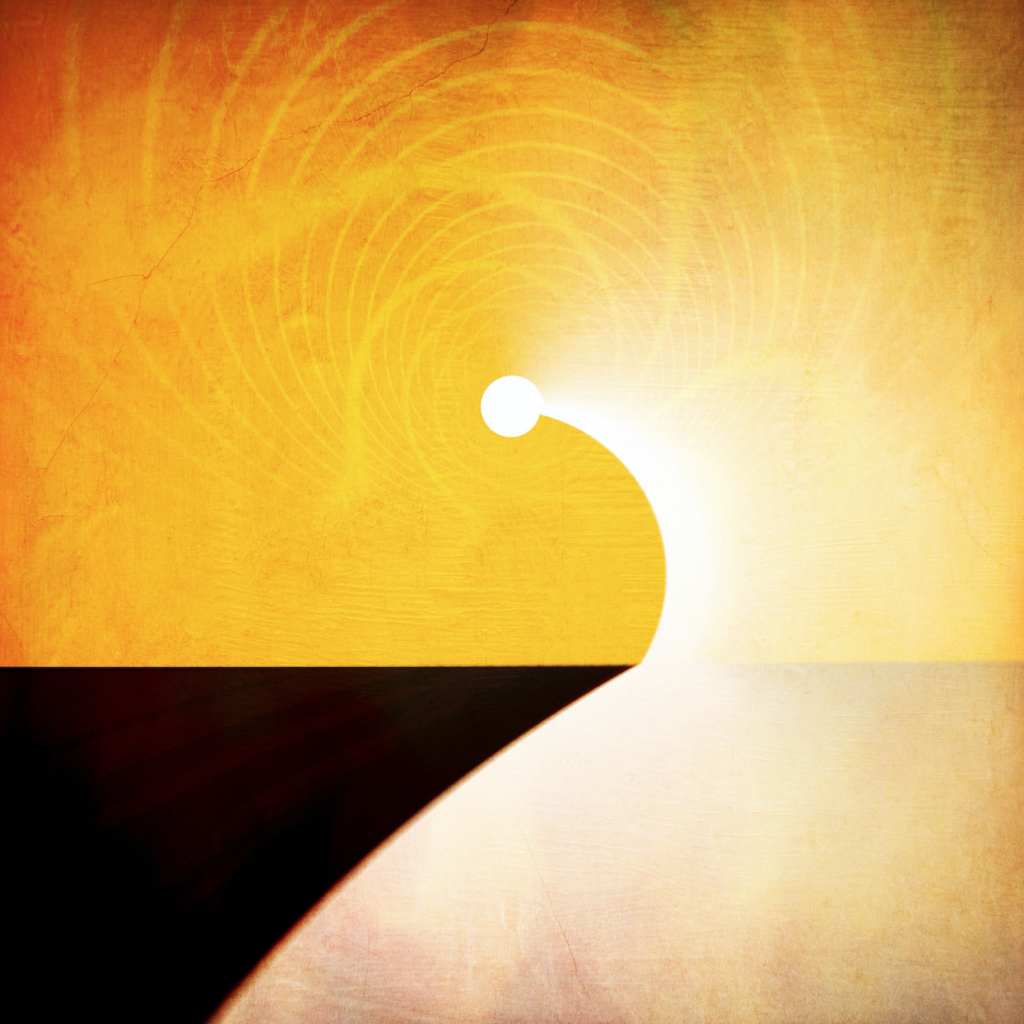 It’s in my attic den. Near the big soft black chair by the window. Etta James is singing. And the studio door opens with a quick tap to 180+ apps crowded on the first couple screens on my iPhone. Of course, the studio has also been on the side of a Colorado mountain…in the U.S. Senate dining room, a roadless Kenyan village in the Rift Valley, along Waimea Bay on O’ahu, and in planes, trains, and automobiles on several continents.

I have my apps neatly arranged by type and category (camera/filter/retouch/paint/etc). And I have two top drawers, one for go-to cameras, and the other for primary processing apps. I shoot principally with ProCamera, Hipstamatic, 645Pro and Apple’s onboard camera on the iPhone 6s. For processing I keep Snapseed, iColorama, Superimpose and his big brother Leonardo, Formulas, and Enlight in the main app drawer. A dozen others are scattered in there underneath gallery rejection letters, loose change and old protein bar wrappers. 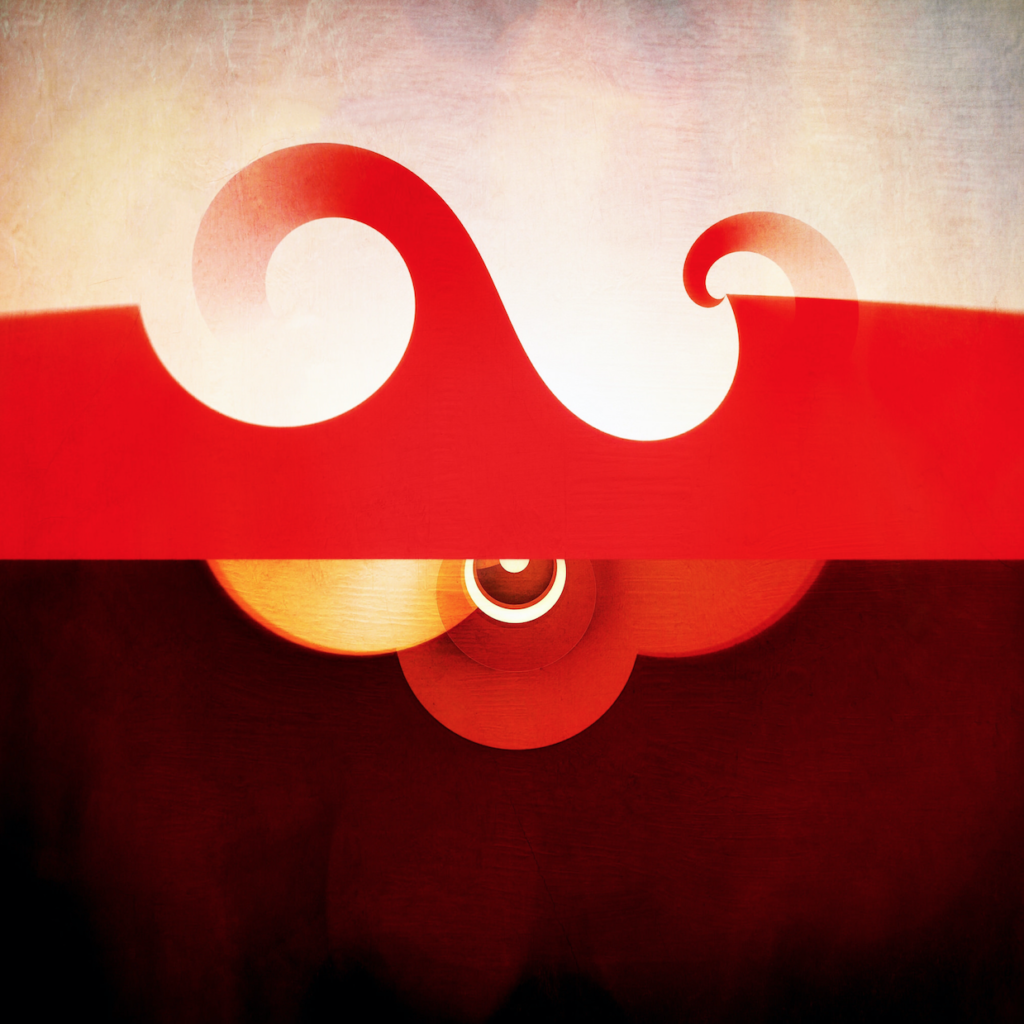 Much of my work explores spiritual themes and truths I find while studying Biblical texts and commentaries. Sometimes I will begin a piece with such a theme in mind, and other times it will emerge through the app process, percolating out of my subconscious to align with some insight I’ve encountered. But at all times I’m telling a story, whether it’s personal, poignant, or didactic. My work is also often influenced by my surroundings – beach, mountains, urban streets, remote towns, etc. In fact, I used to fight that influence and considered it a distraction to consistency. But I’ve learned to embrace the essential democracy of Place and how it speaks especially through my abstracts. I may not recall a title of a piece but I can generally tell you where and when a piece was conceived and created. The other thing I think about is color, shape, form, and balance and you’re likely to see a kind of harmonic symmetry in my work because of that.

‘And on the Third Day’ ©Clint Cline 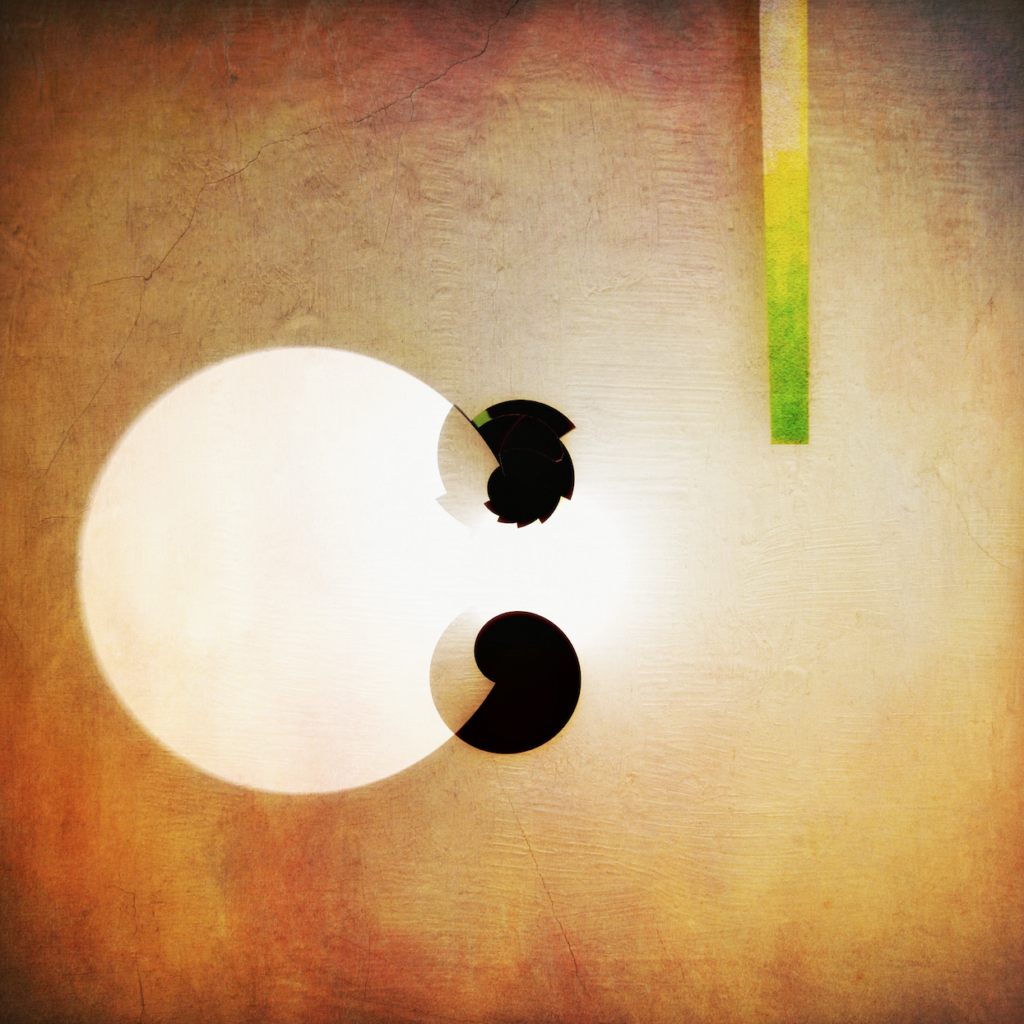 When I’m shooting versus working on an illustration, I always look for the odd angle or unexpected perspective on a subject. I’m also a big fan of the rule of thirds for composition and I’ll take my first shot from a typical angle just to cover the scene, then work to explore the abrupt, the astonishing, and the fortuitous.

‘For Signs and Seasons’ ©Clint Cline 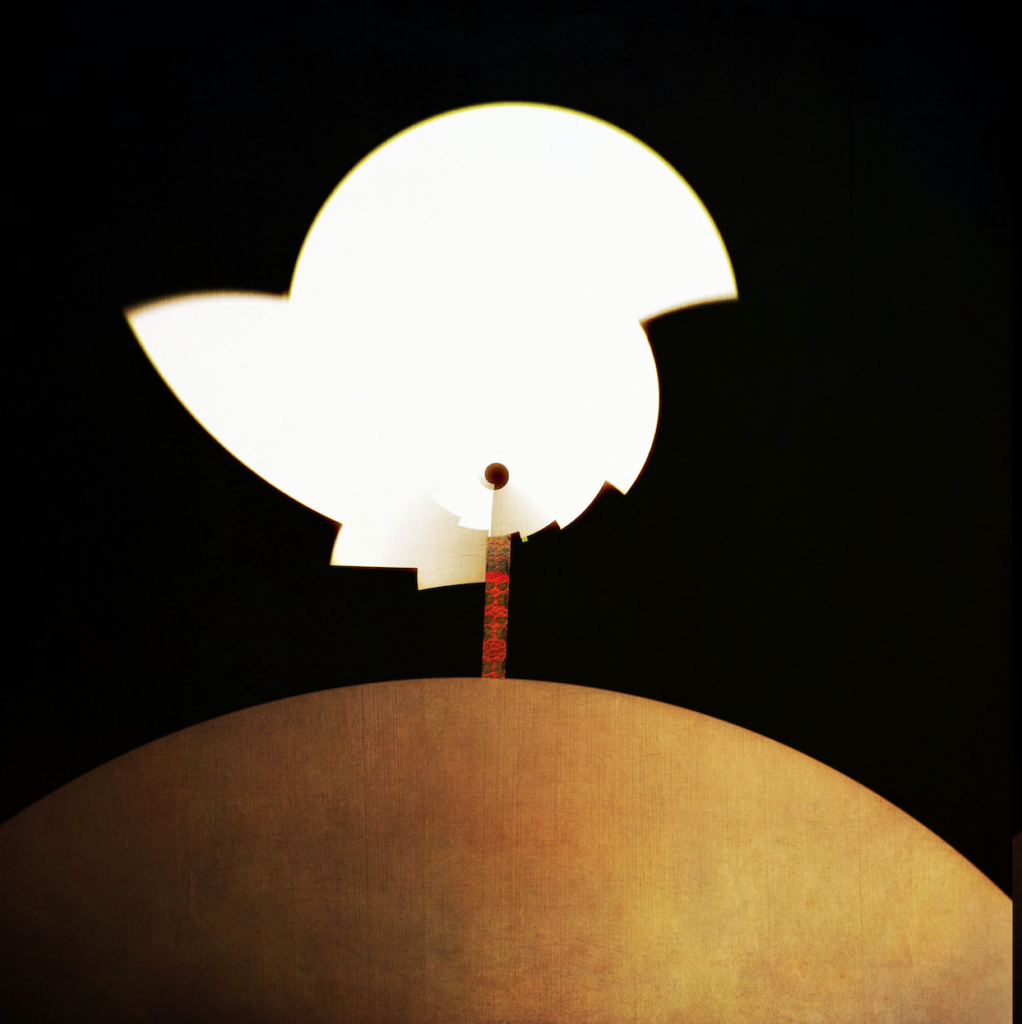 Who or what ignited your passion for mobile photography

Probably my greatest early encouragers were Knox Bronson and James Clarke. Each contributed in unique ways to my understanding of and love for this medium. Knox for his tenacious determination to see this thing called iPhonography succeed as a viable art form, and Jim for his personal encouragement to me as an artist at a time I’d actually considered giving it up. Cindy Patrick also introduced me to seeing photography as art in a way I’d not considered before, and Sarah Jarrett’s incredible range and vision as an artist, using the iPhone for everything from incredibly illustrative portraiture to painterly landscapes, pushed me to embrace multiple styles of expression, which I rigorously practice still. 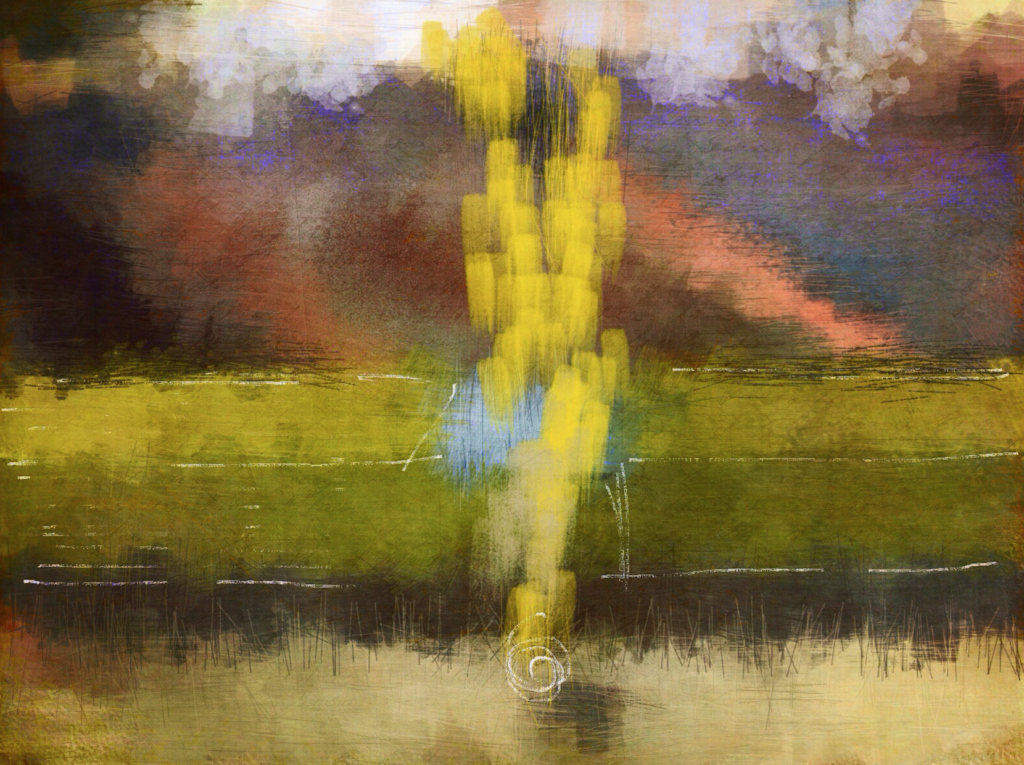 What is the most unusual subject you have photographed

Armadillo road kill. A dead chicken. A Maasai ‘jumping’ dance. A three story stainless steel rabbit in the middle of a Napa vineyard. Oh, and a Marilyn Monroe mannequin in a men’s room.

‘The Creation of Thought’ ©Clint Cline 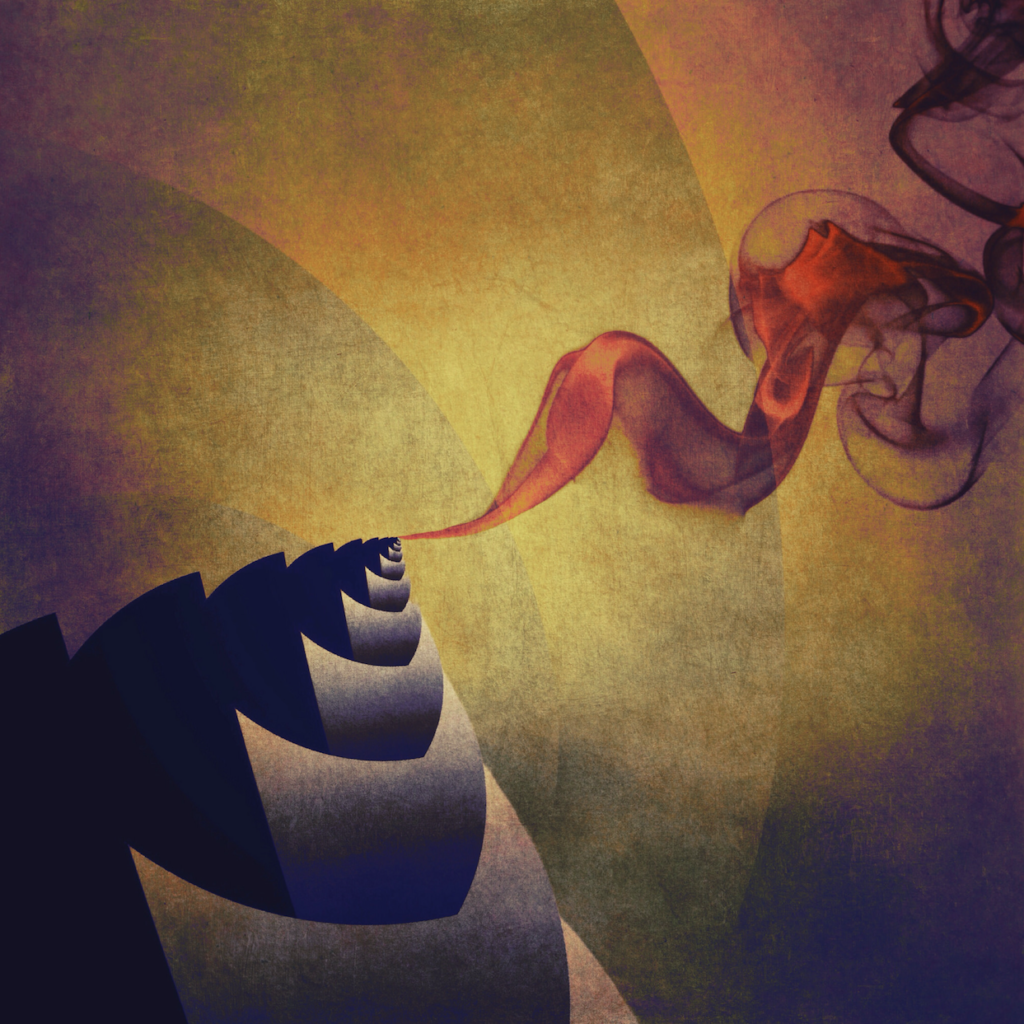 What are your favourite accessories for mobile photography 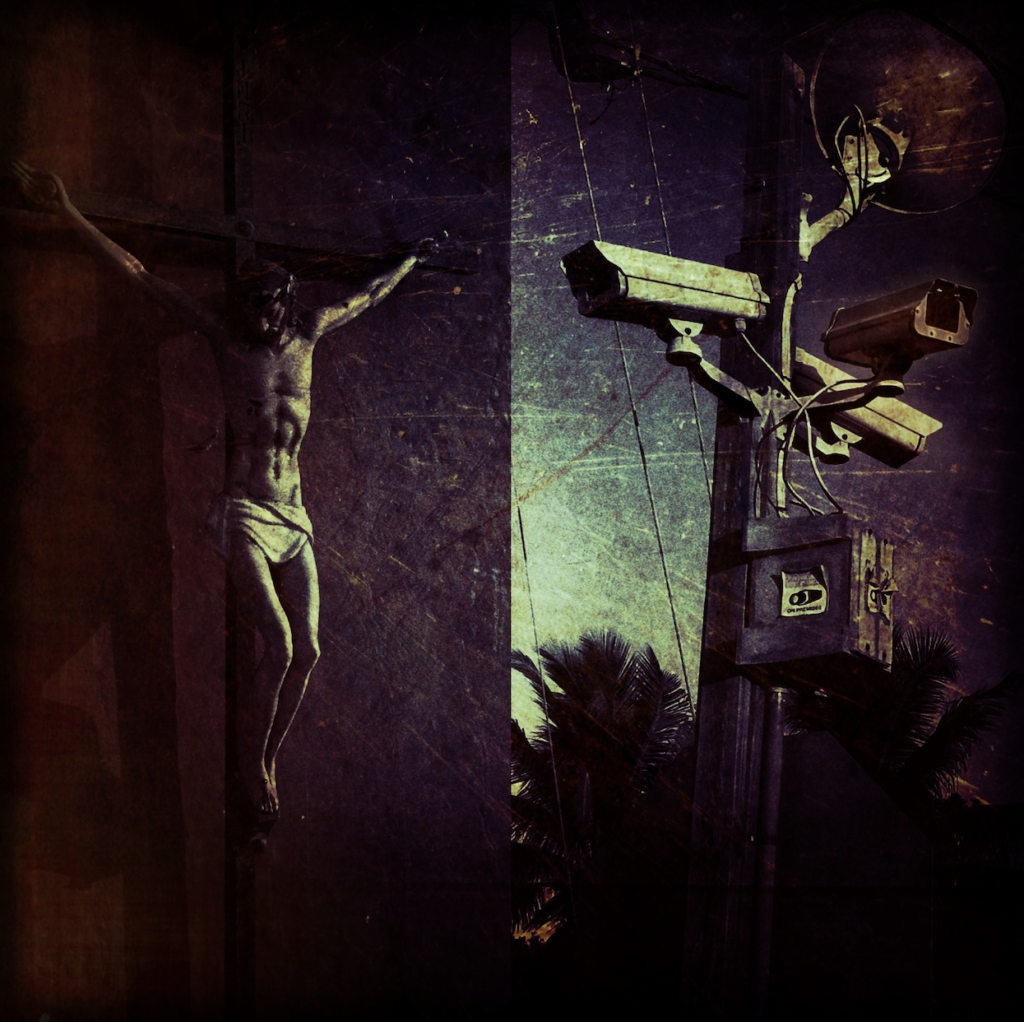 That would be just about anywhere I’ve not traveled before. One of the great joys of photography for me is the sense of discovery I realize when I’m in a place I’ve never been and with time to explore, to see, and to capture. 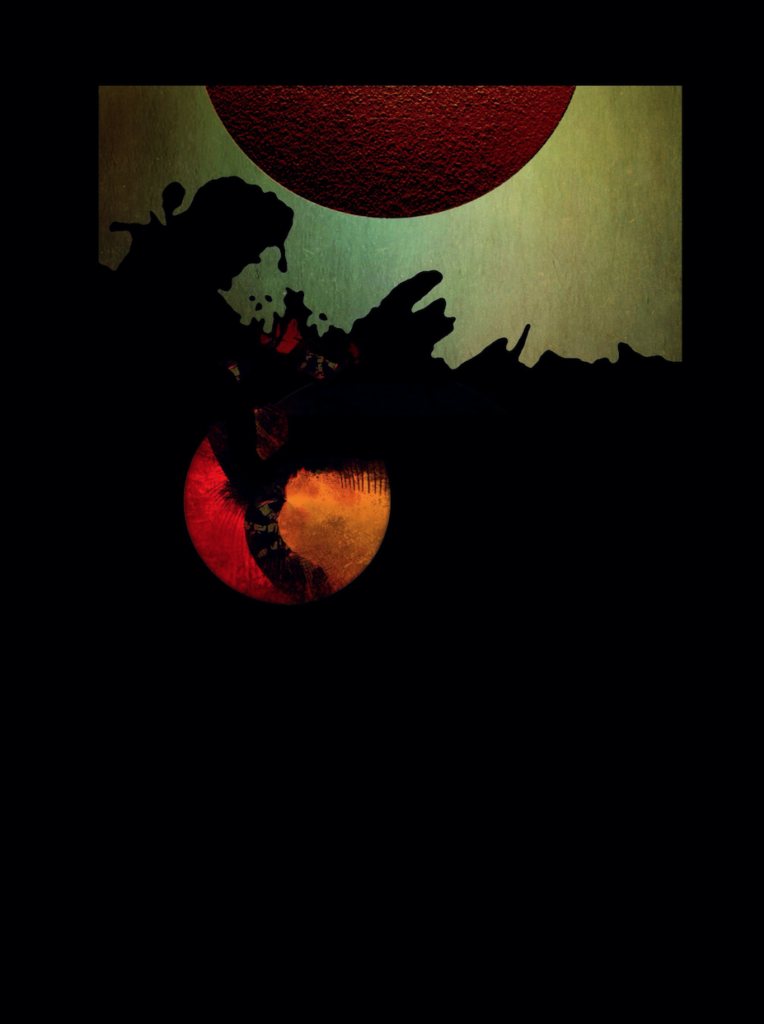 What does Mobile Photography /Art mean to you?

Having made a career of writing, designing, and producing creative print and broadcast for others (…and loving it), mobile photography has become a door for me to create without a creative brief or deadline. In that sense it is a release. But it has also helped me to confront my personal instincts as an artist, to be continually challenged by a new technology, to explore new methods and means of communicating things deeply important to me, and the joy of meeting and knowing many unique, inspiring, and immensely talented artists.

‘He Lives among Streets Tired with Grief’ ©Clint Cline 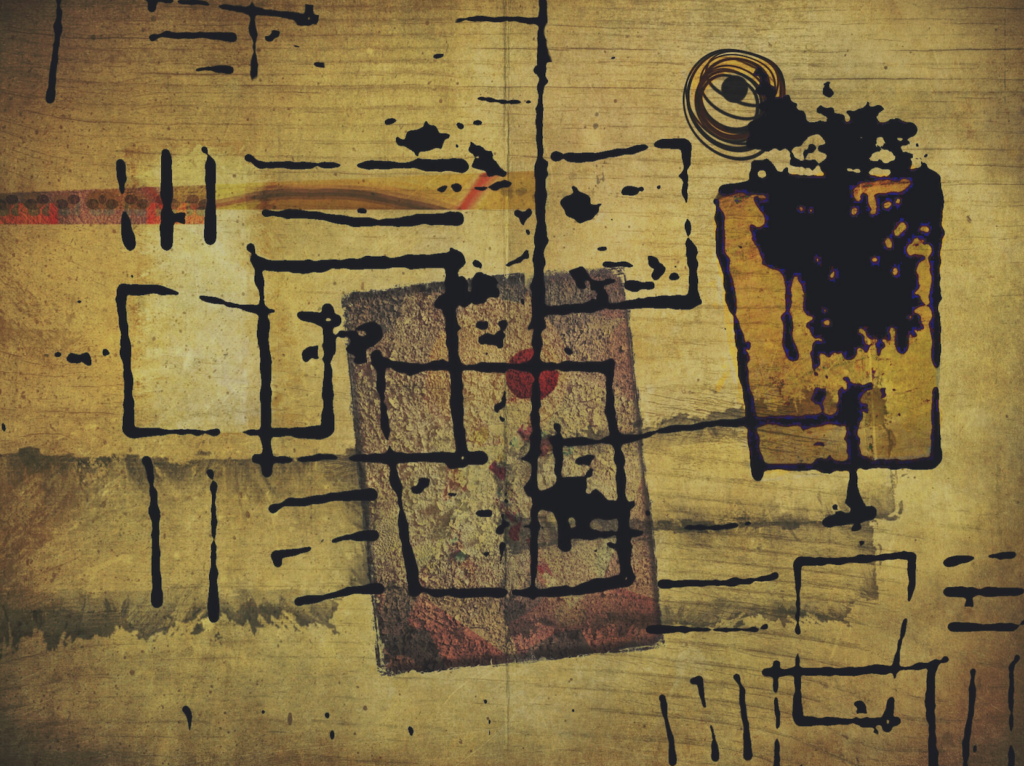 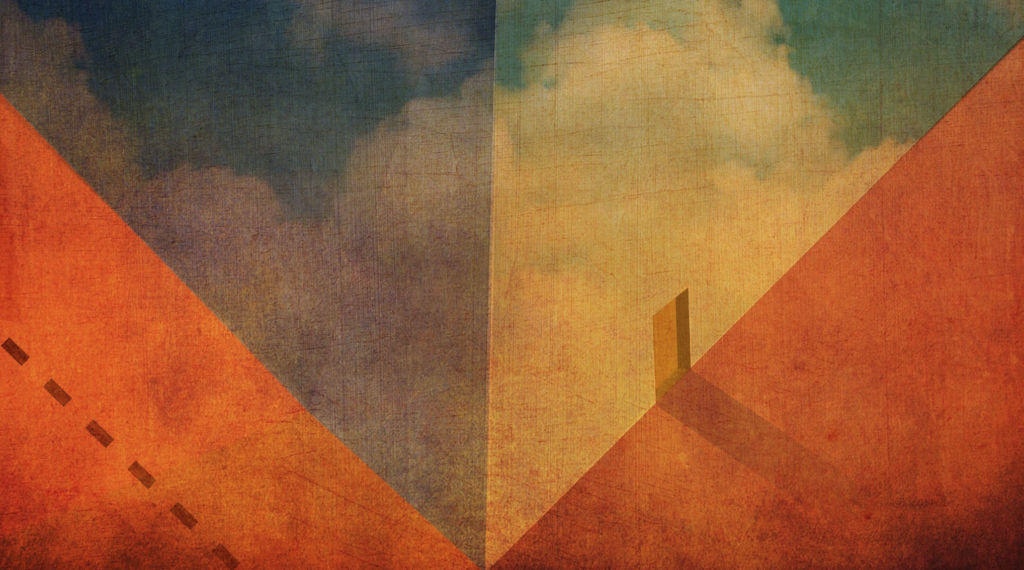 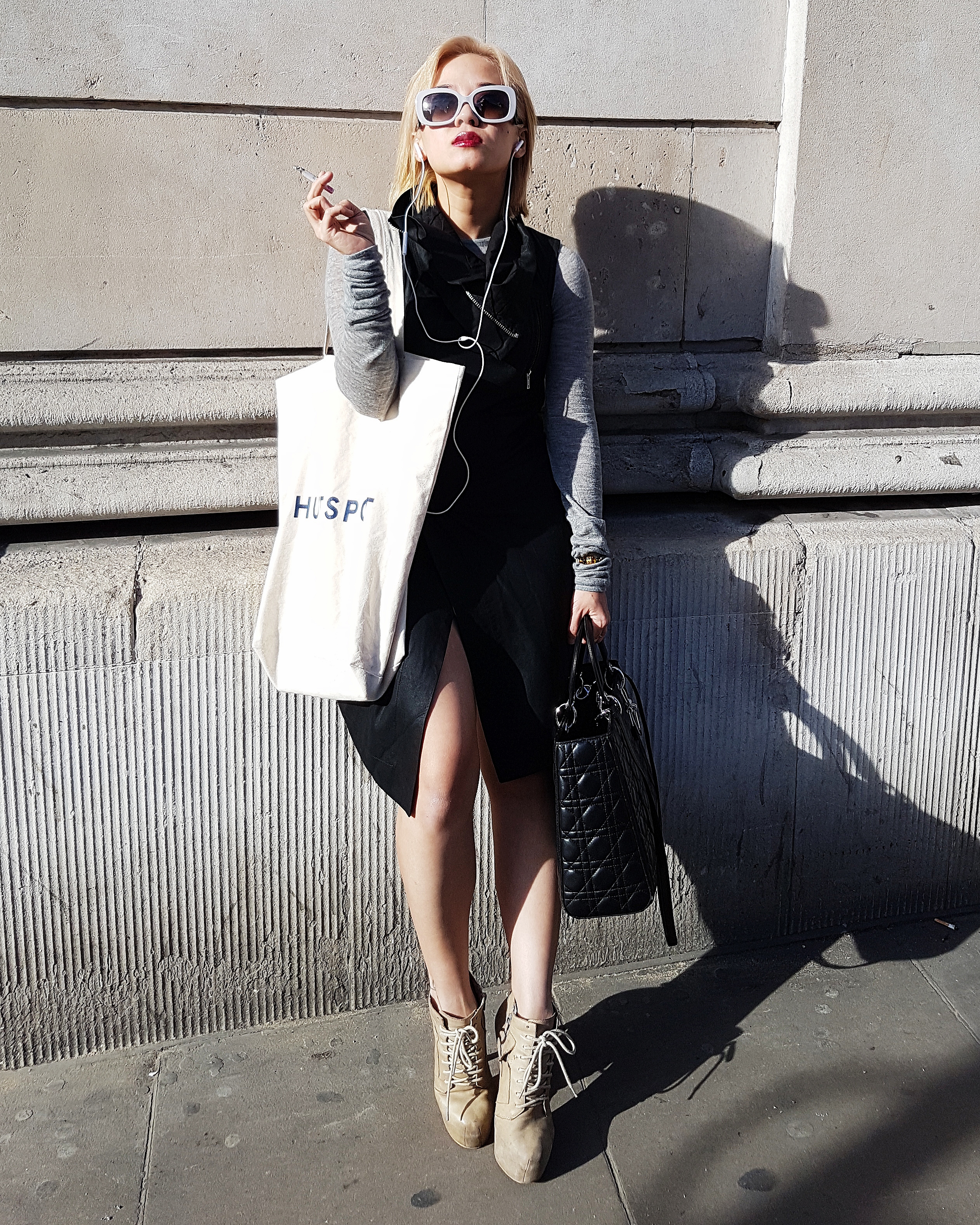 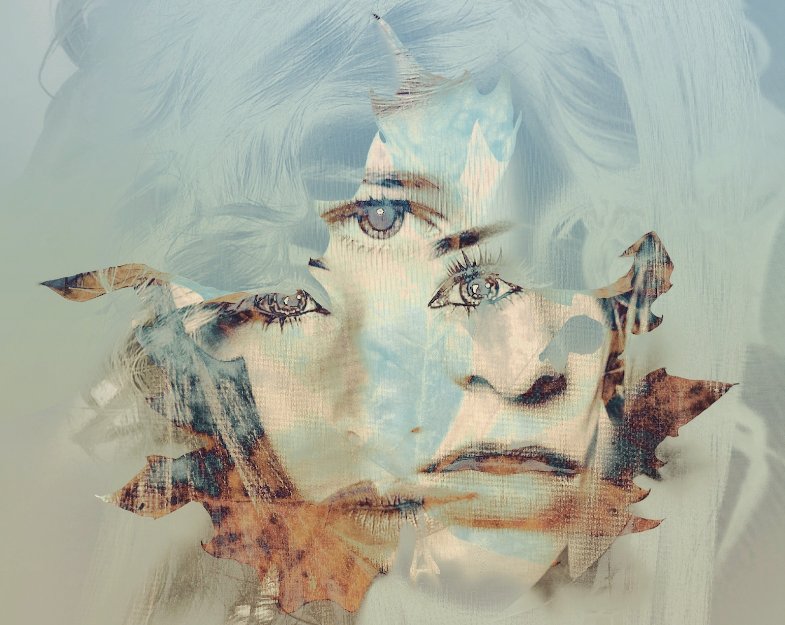 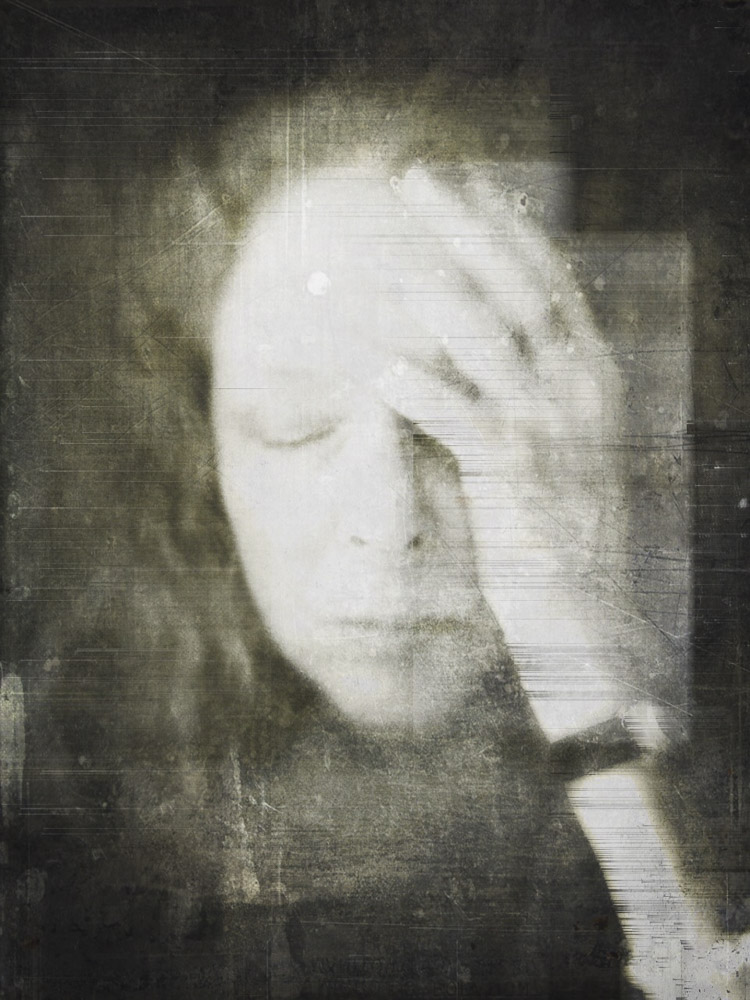